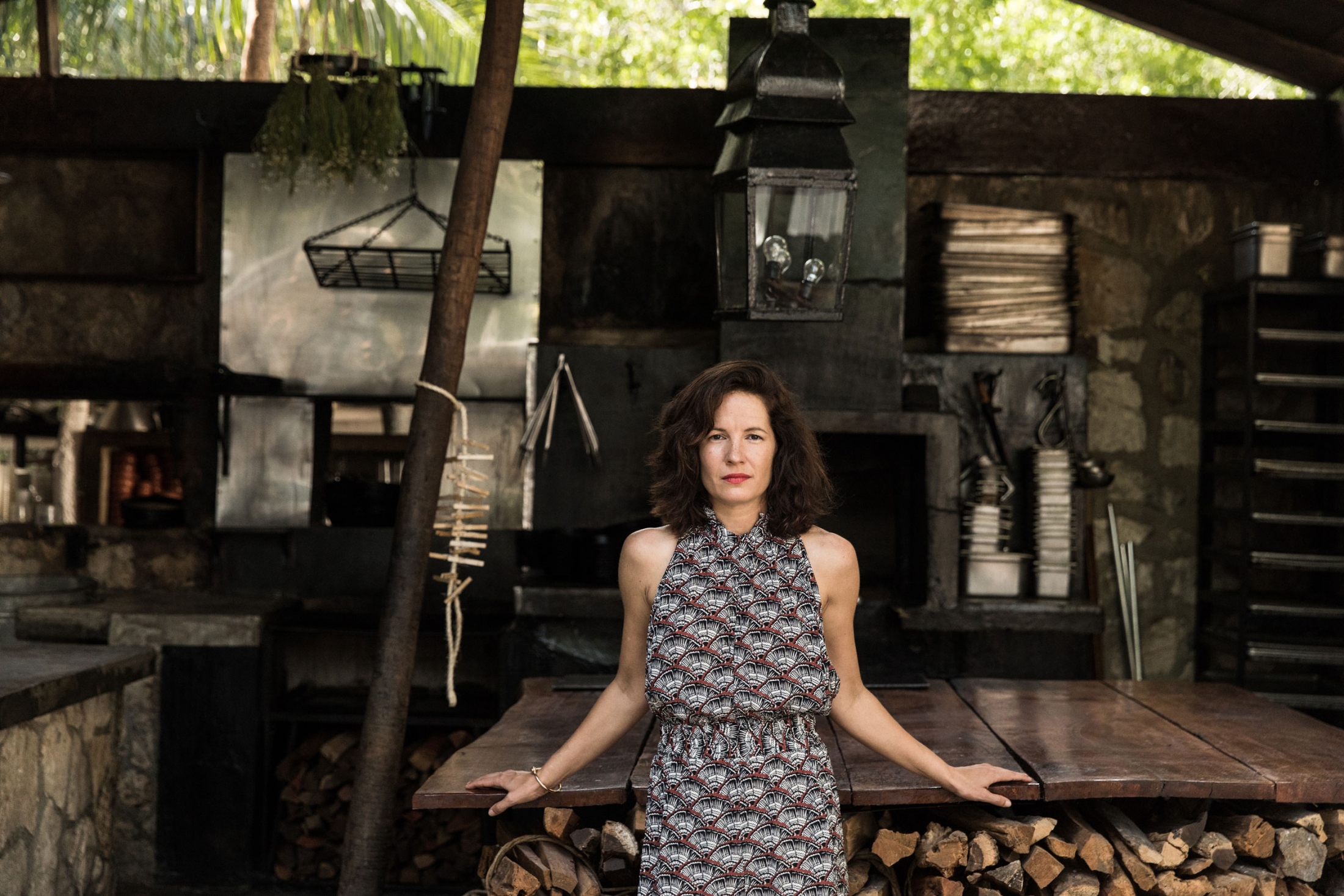 At the start of a new year we are finding ourselves thinking about women who live boldly. We are moved by those who are persistently curious, intrepid, and brave; who use creativity to spark change; who have a boldness in their being.

In 2009 Mya Henry and her husband Eric made a big (“some might say crazy”) decision. Two New Yorkers working in food, they were going to pack up their lives, move to Tulum, and open a restaurant. The result became Hartwood, a humble 40-seat spot with no electricity — everything cooked by wood fire. The food would pay respect to the flavors of the Yucatán, while remaining resourceful, innovative, and using the freshest of ingredients. Today, Hartwood has received global acclaim and has become a beloved fixture — a place where people line up for hours, stay all night. Mya continues to let her senses lead; we spent an afternoon with her stuck in a sudden rainstorm, talking about what it means to be brave.

A part of sales from each Apiece Apart Woman series is donated to an organization of the featured woman’s choice. Mya has selected a part of sales from this story to go to Waterkeeper Alliance, the largest nonprofit focused on the right to clean water, working to grow a global network of leaders protecting rivers, lakes, and coastal waterways on 6 continents. 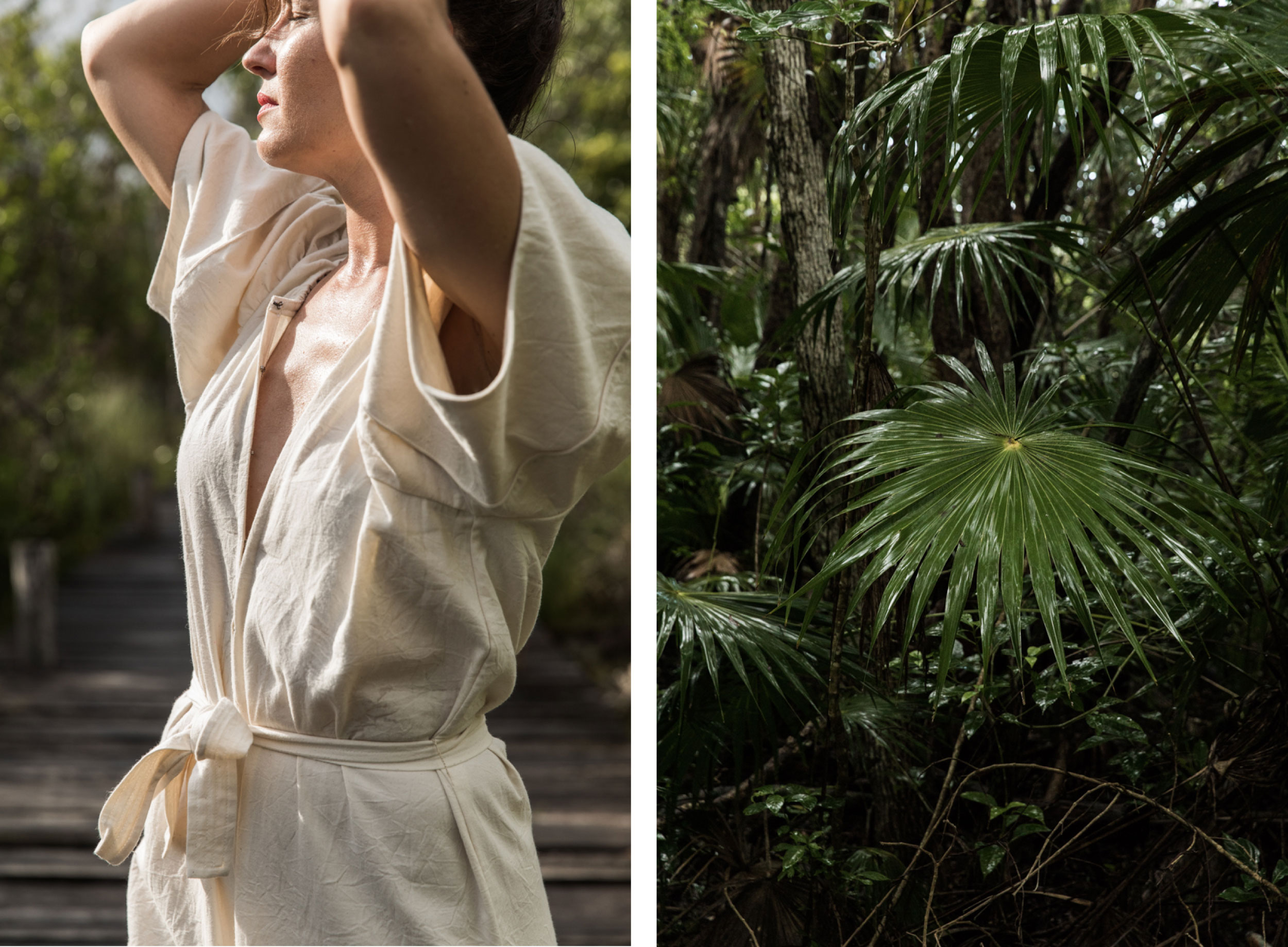 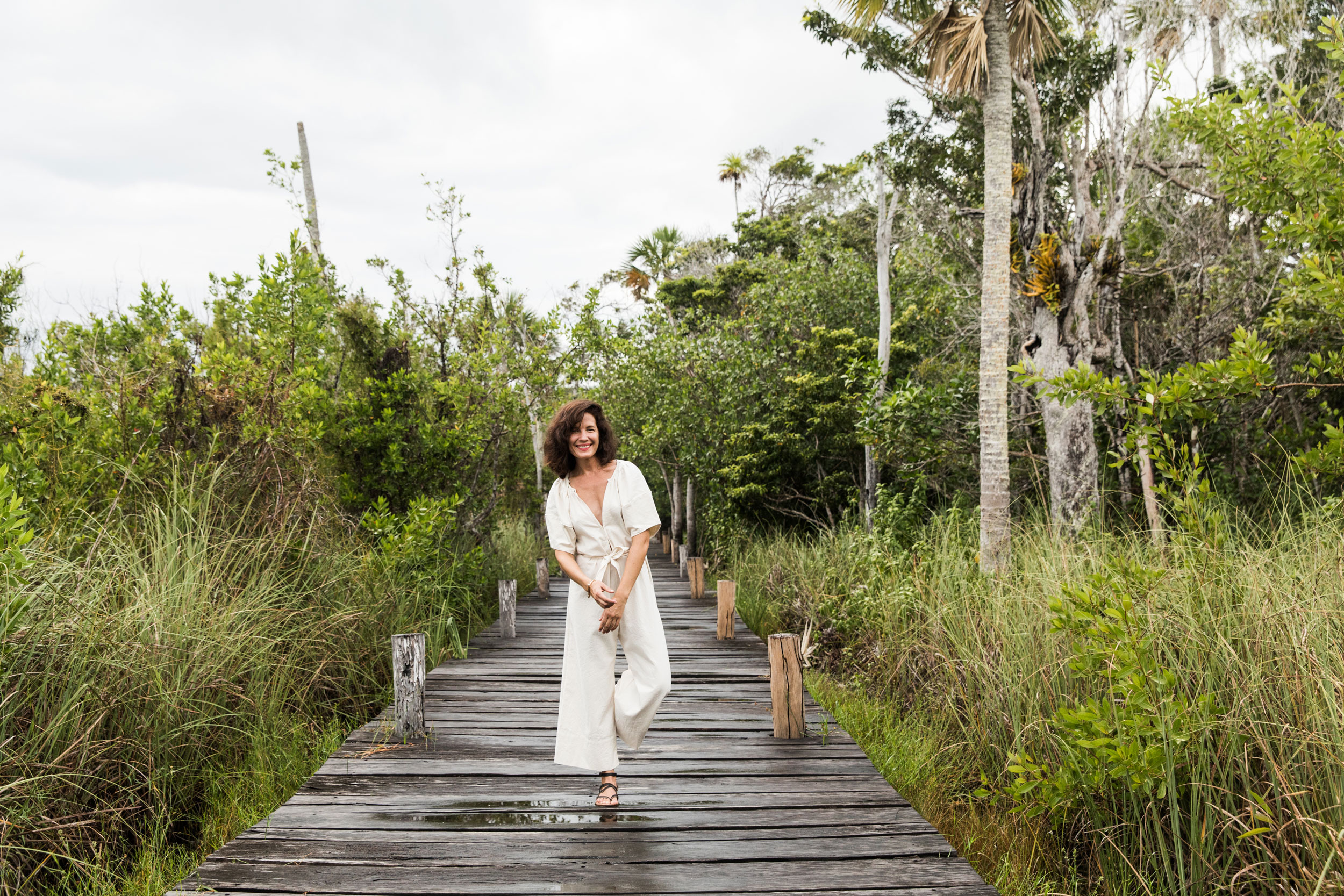 Can you share a little more about yourself,  your upbringing, and background — what has been integral in becoming the woman you are today?
I was born to hippie-era parents and in my earliest years lived in the rural mountains of Virginia where my mom baked bread from a wood stove, my parents harvested vegetables from their garden, and sold produce to local bed & breakfasts and restaurants. I grew up eating well: I was taught early on that eating was not just a great pleasure but you also ate for your health.
Living most of my young adult years in New York City exposed me to more cultural and experimental food and I was always driven by activities that surrounded something I wanted to eat. Dining out every meal is in itself a part of the culture of New York City. Looking back, it’s no wonder that Eric and I would find one another and create Hartwood. In a way, we are modern hippies. We found ourselves in the Caribbean and created a restaurant that is off grid and all fire cooking. Had you told me this is where I would be 20 years ago I would not have believed it. And yet now that I’m older, and really [can be] honest with myself, it seems it was meant to be. 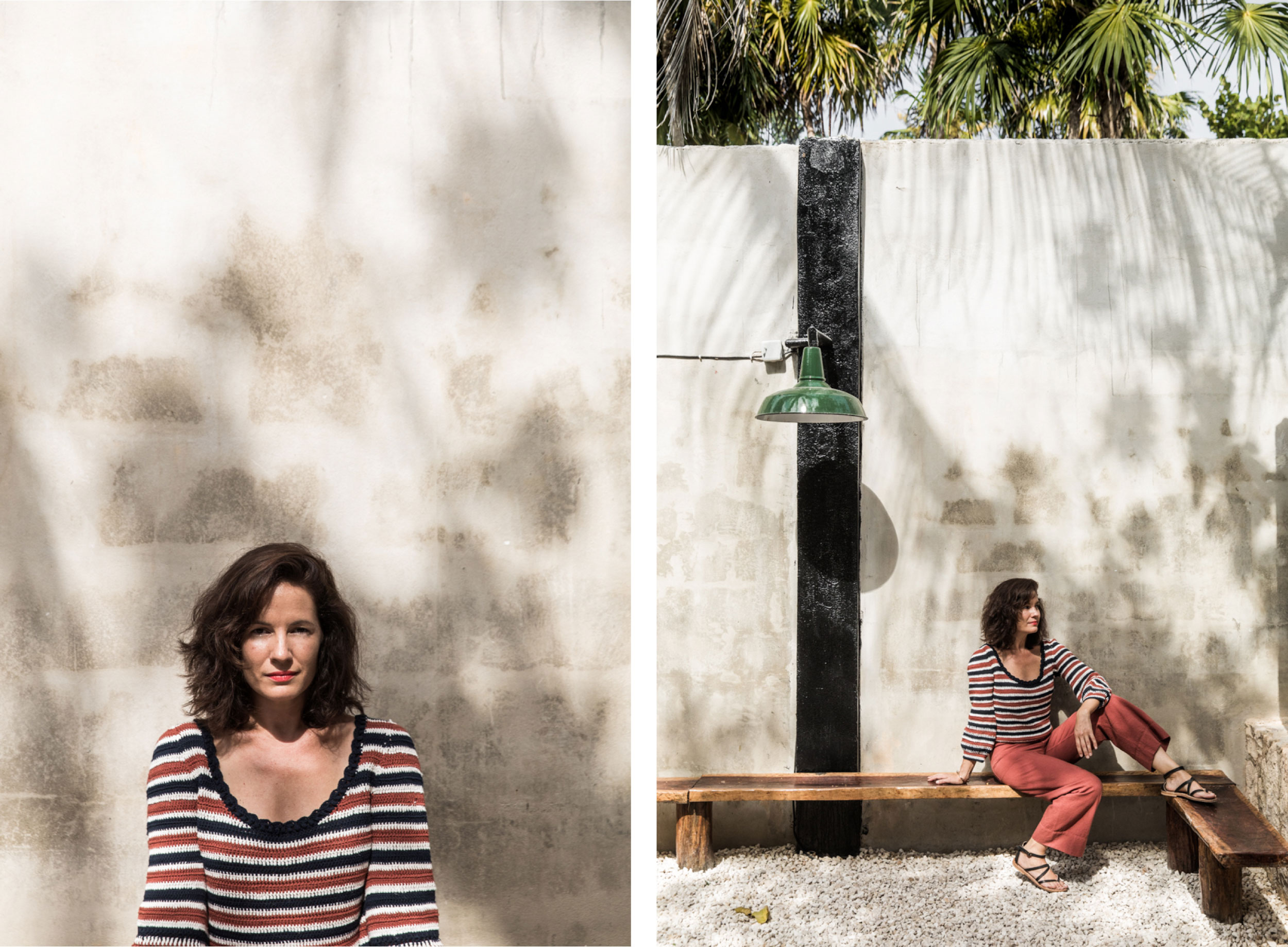 At the start of a new year, we are considering ideas of boldness and what it means to feel empowered in how we live and what we do…how does this manifest for you?
I woke up one day and sensed I was not on the right path. I require a level of spontaneity in my life — I needed a sense of excitement, adventure, and quality that I wasn’t experiencing anymore after 13 years of city life. I’m a strong-minded individual and not afraid of taking a risk. That’s why the notion of picking up, moving to a foreign place, and starting from the beginning would seem crazy to most...yet these are the moments when I feel most alive and empowered.
Talk more about the difficulties that come with being an outsider in a new place. And on the flip side, what has been gained?
It can be very isolating as an outsider, yet at the same time it is so stimulating. Your sense of place is unfounded — it’s like floating in space and taking in life around you like a baby who sees things for the first time. You are experiencing an environment through all senses. I remember that feeling when I first arrived to NYC when I was 18, and yet again, when we moved to Tulum. You feel so alive and scared at the same time. It’s thrilling. 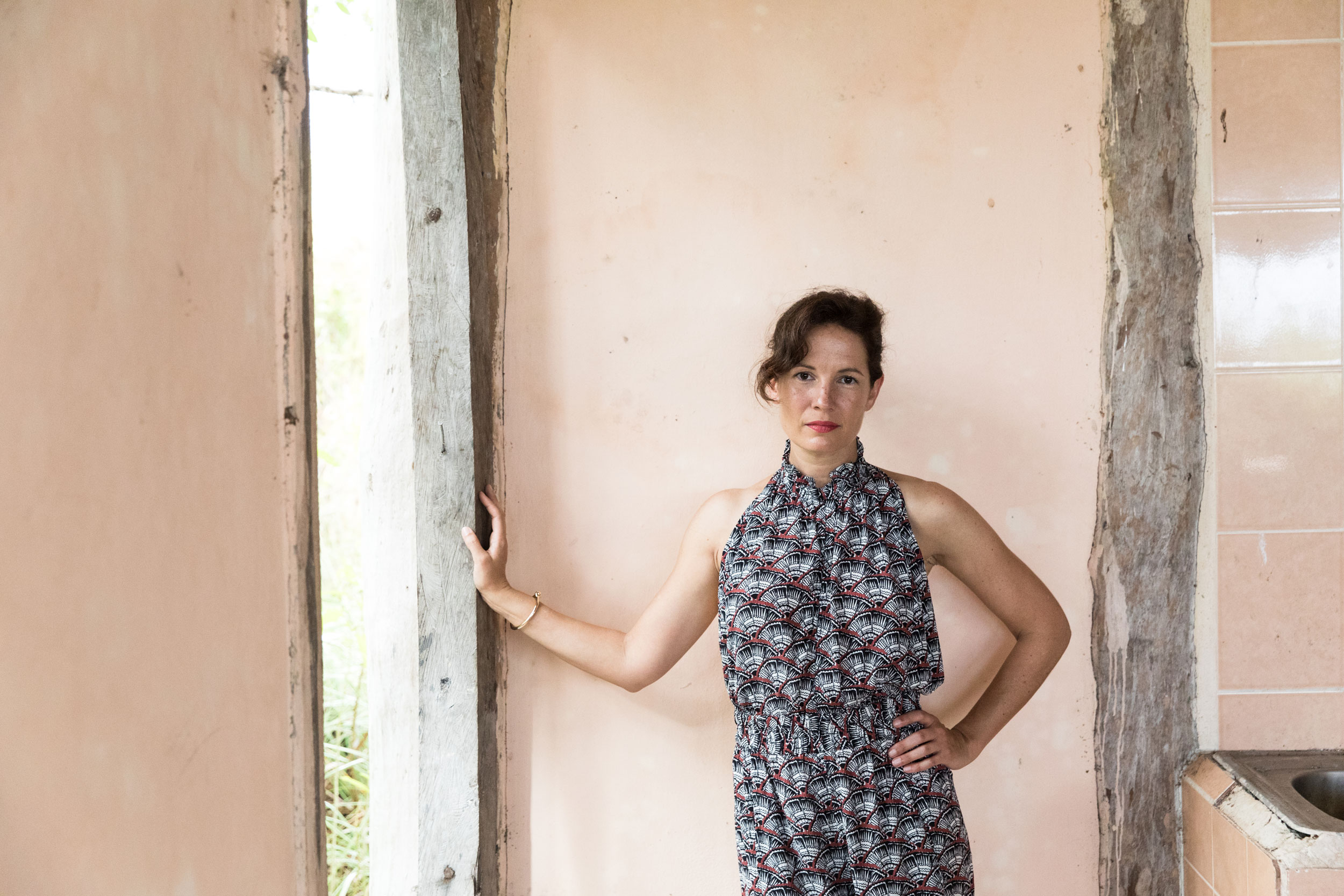 Describe a moment in your last year that filled you with wonder?
My daughter began to read this past year and it’s unleashed a whole new dimension of intrigue and curiosity although now I’m no longer to speak in my secret code language called s-p-e-l-l-o-u-t !
What sorts of ideas, musings, and plans are evolving for you right now?
I’ve taken a moment just to catch my breath. Restaurant, baby, book, renovation, and now it’s time for our next project that we have been brainstorming. It’s too early in its stage to share at the moment but people can expect more from Hartwood...
What are you trying to let go of?
Control, Anxiety, Judgement 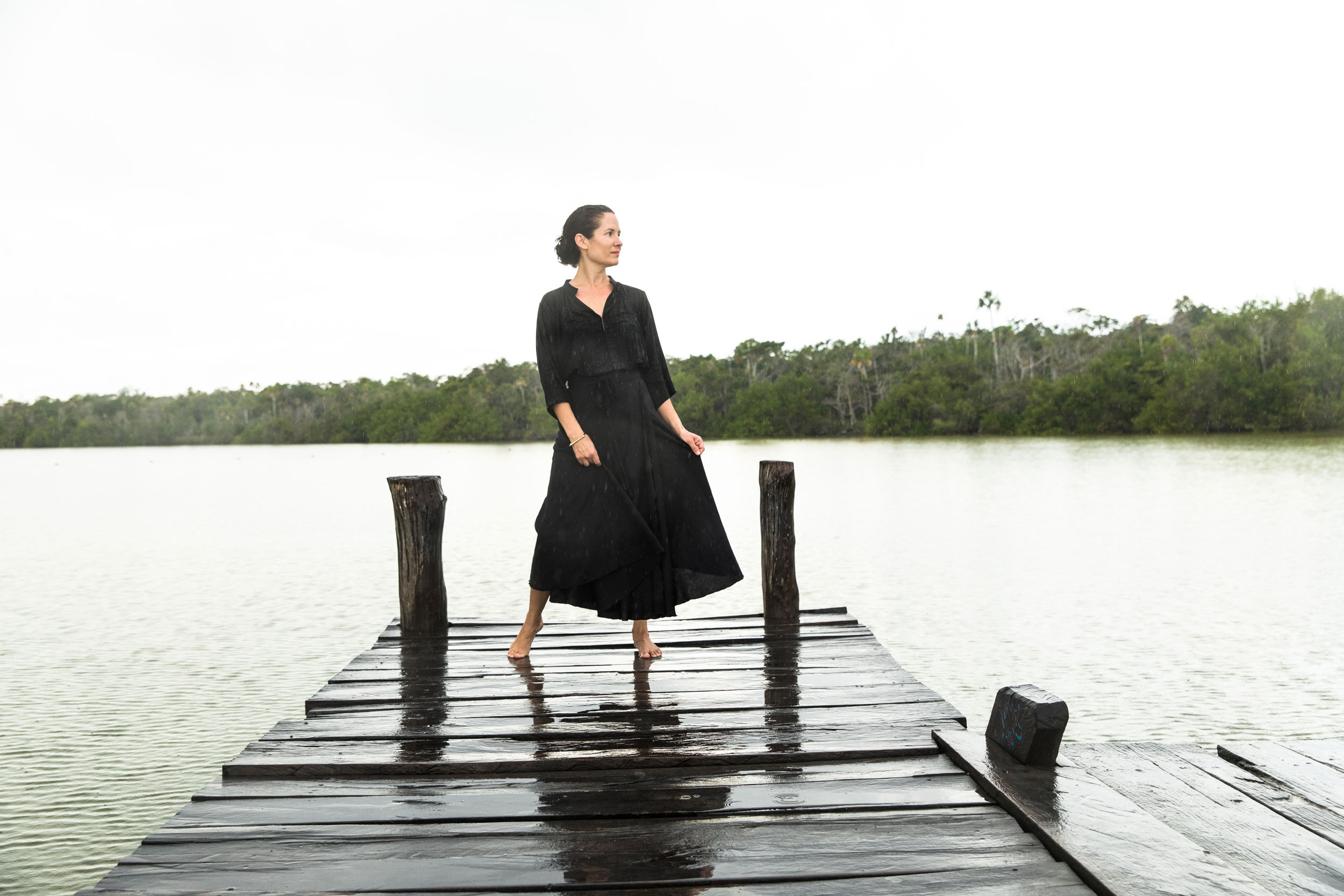 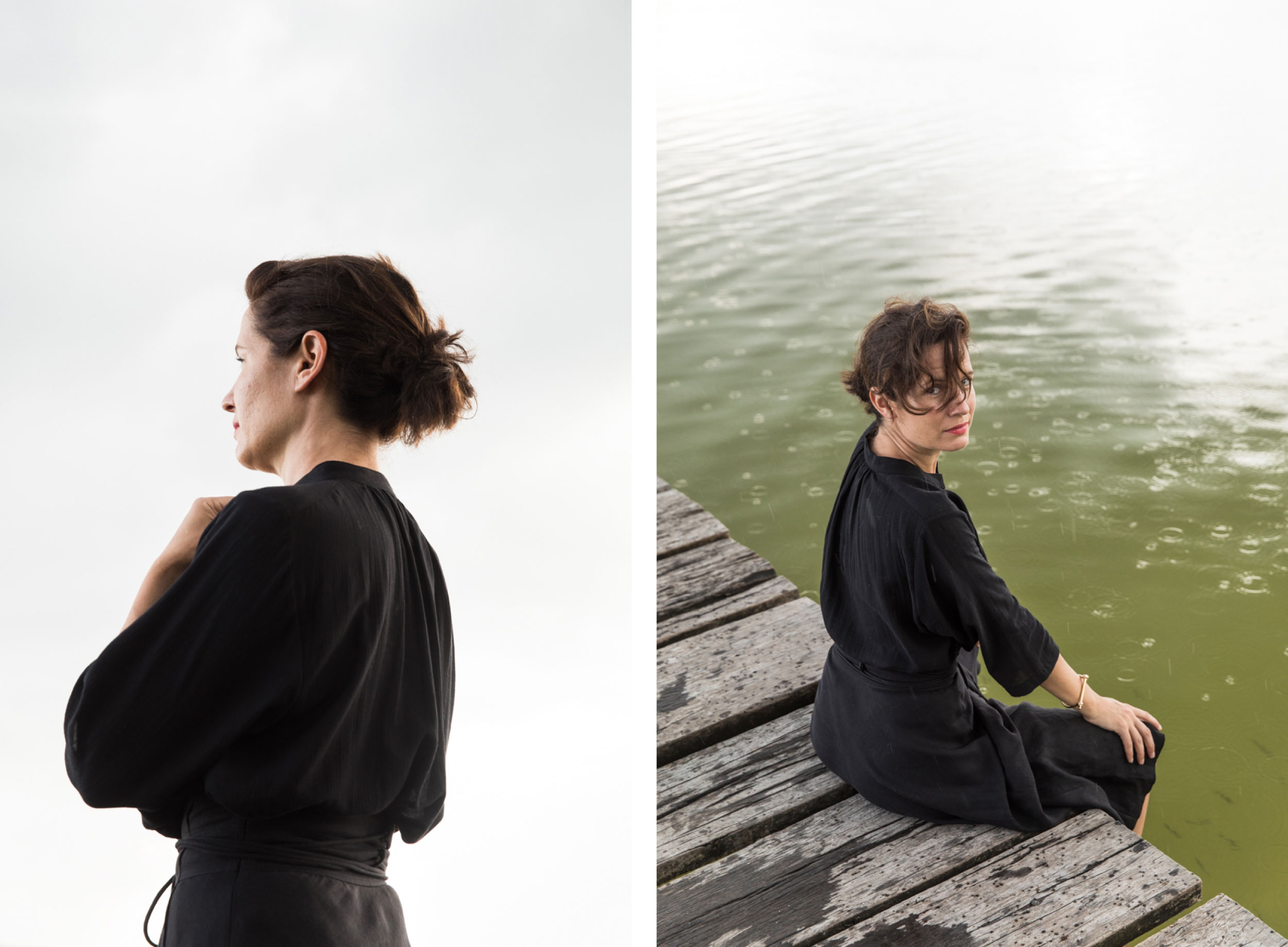 What is a favorite quotation of yours?
“Imagination is more important than knowledge.” — Einstein
What are you reading now?
I’m reading “Women Who Run with the Wolves.” It’s reiterating the very idea of what Woman is. In the writings, we are compared to that of a wolf. A clever protector, hunter, provider. I’ve always been guided by this internal power inside — instinct and/or intuition. It hasn’t failed me yet. Women are such powerful beings. I’m hoping that as we come together we can continue to move mountains and do things that are meaningful. We are innately remarkable.