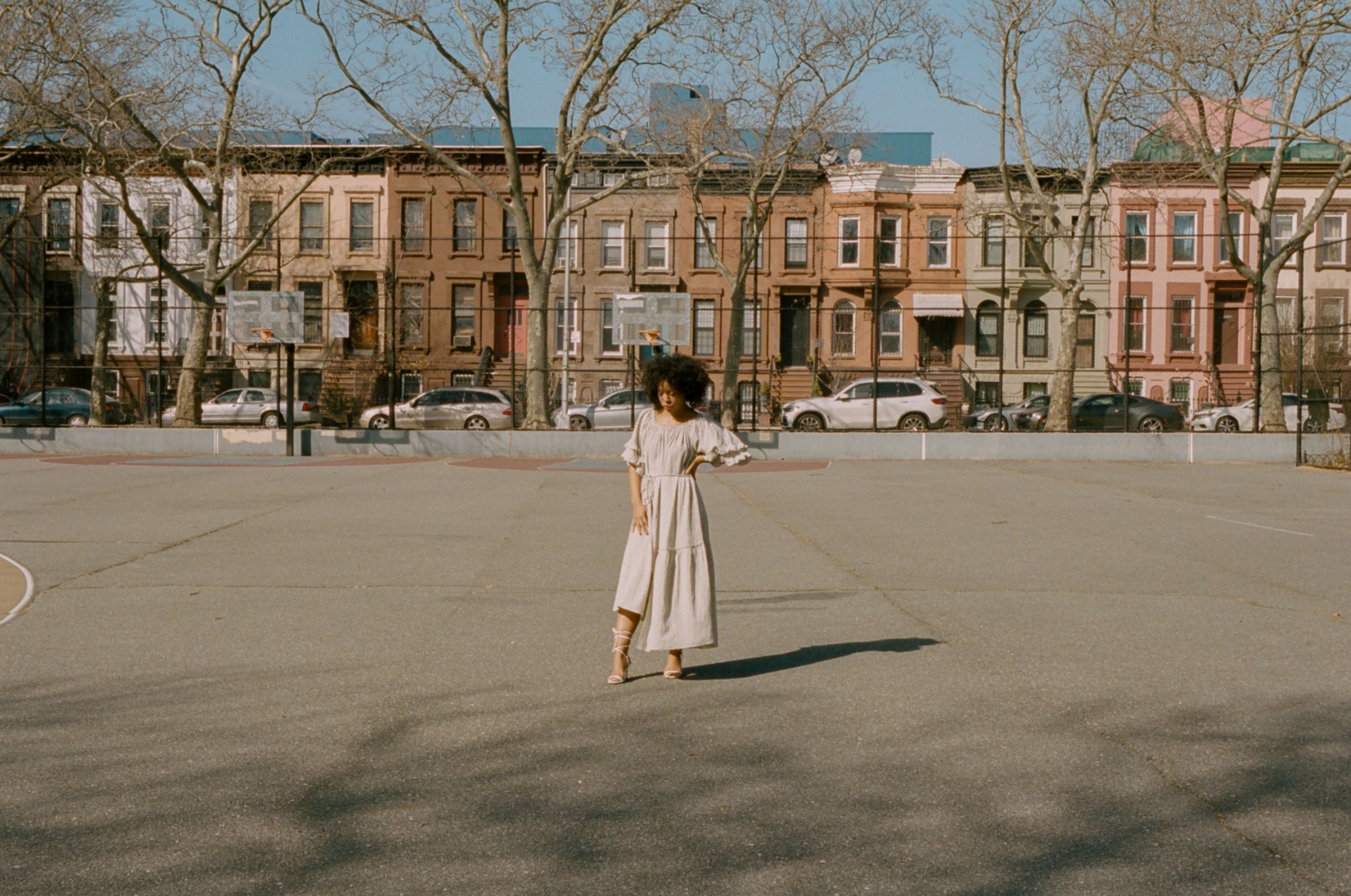 Writer Marjon Carlos has always been looking at life below the surface.
Born in Texas, Carlos has spent her adulthood in New York City: she attended graduate school in African American studies at Columbia, following a gnawing curiosity to understand the rapidly changing demographic and cultural shifts she was witnessing in her own neighborhood. While at Columbia she began prolifically writing, first as a blogger and eventually combining enough freelance projects to go full-time (including a position as the Arts Editor for Solange's platform Saint Heron). Shortly after, she was approached by Vogue to be a Senior Writer, a position Carlos threw herself into, applying the same lens as cultural critic into the realm of fashion – using her platform to call out how fashion is intrinsically political, and highlighting a diverse mix of voices and perspectives. In a time where it's easy to be vocally critical, her work and perspective remain dedicated to thoughtfully unearthing deeper layers, discovering and truly understanding the history of places, people, and movements. On an early spring day we visited Marjon in Brooklyn to discuss how she works, what it really means to take "the long view," and how we can all benefit from listening to more Sade.
Photos by Claire Cottrell, interview by Leigh Patterson, styling by Grace Dubery, hair/makeup by Rachael Krutchkoff 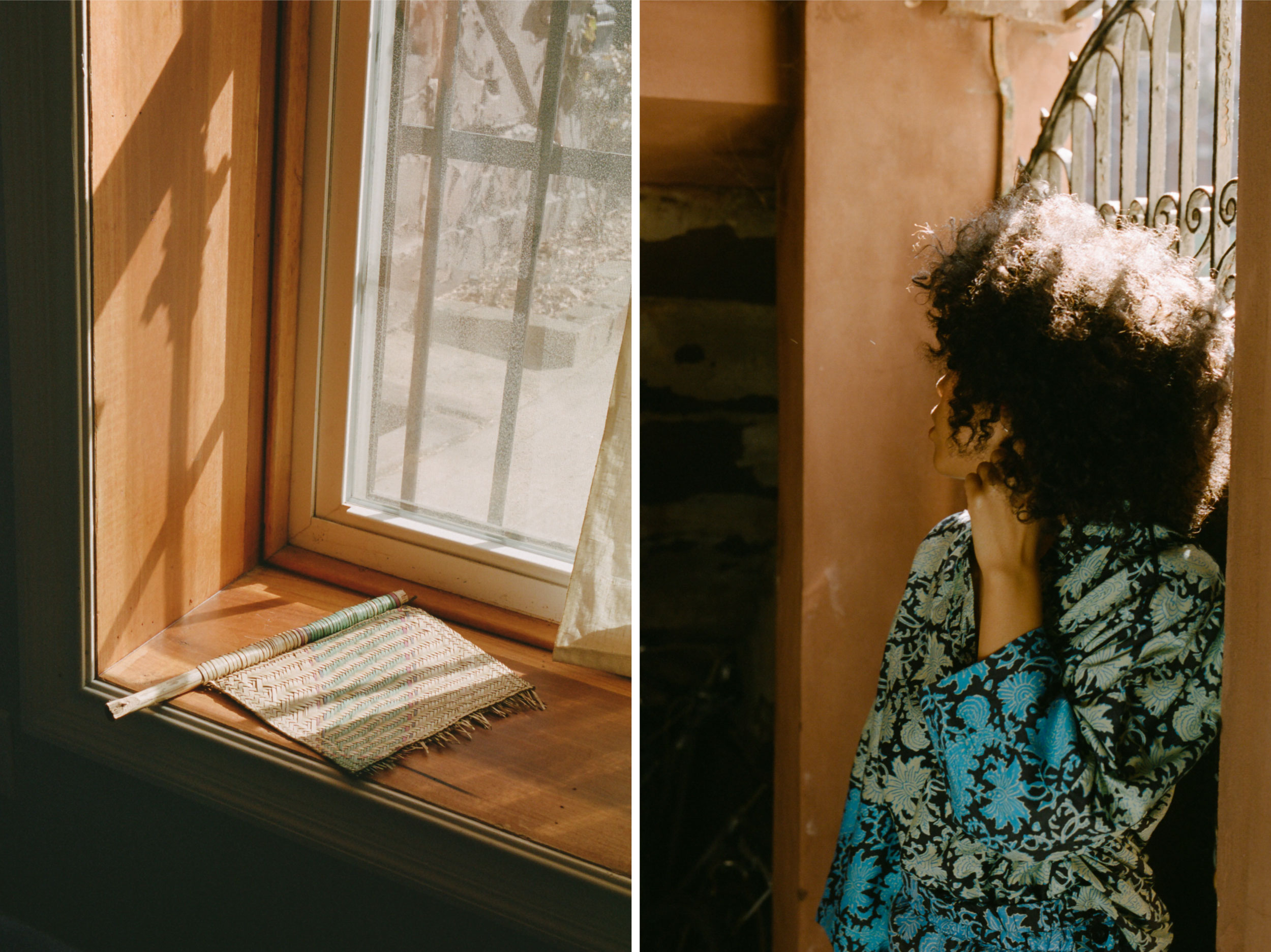 I’m so drawn to the way you’ve been able to develop a narrative voice that uses fashion/style as a critical lens for examining bigger ideas surrounding race and culture. What have been some of the key steps for you in your career and experience that have refined this perspective?
After graduate school I was working at Saks as a personal shopper, and it was a very interesting dichotomy — I was writing stories about culture and examining the role of race and history in New York but I had this bizarre luxury retail job that I kind of hated. Yet I fully believe that’s the way it happens, especially in New York: You have to hold yourself down with some job while you're hustling for another.
Through grad school and being an editor at Saint Heron and just getting older I had gained confidence in my writing and was blogging, freelancing, and no longer writing in a vacuum: I realized that there was an audience who was interested in a more critical perspective. I was approached about a full-time position at Vogue and after about 20 rounds of interviews — harder than getting into college! — I was hired as the senior fashion writer.
In that role I was writing intensely from the time that I woke up to the time I went to sleep. One of the beats I headed up was global style, and we really wanted to highlight women that went outside of this Western idea of style and beauty. It was really important to me to use my platform to push more inclusive content, to broaden the stories we were telling, to reach different people, and push the boundaries within this very institutional publication. It was really a great challenge and I took it as a total responsibility. I think I like being on the inside and shaking things up. It's a place of privilege, to be inside these spaces that people want to be in, whether it’s Vogue or an Ivy League school or a certain social set, and realize that your responsibility is to not go with the status quo and keep things chugging along as they have been. Rather, your role is to change things and make them better for the next people who come along. 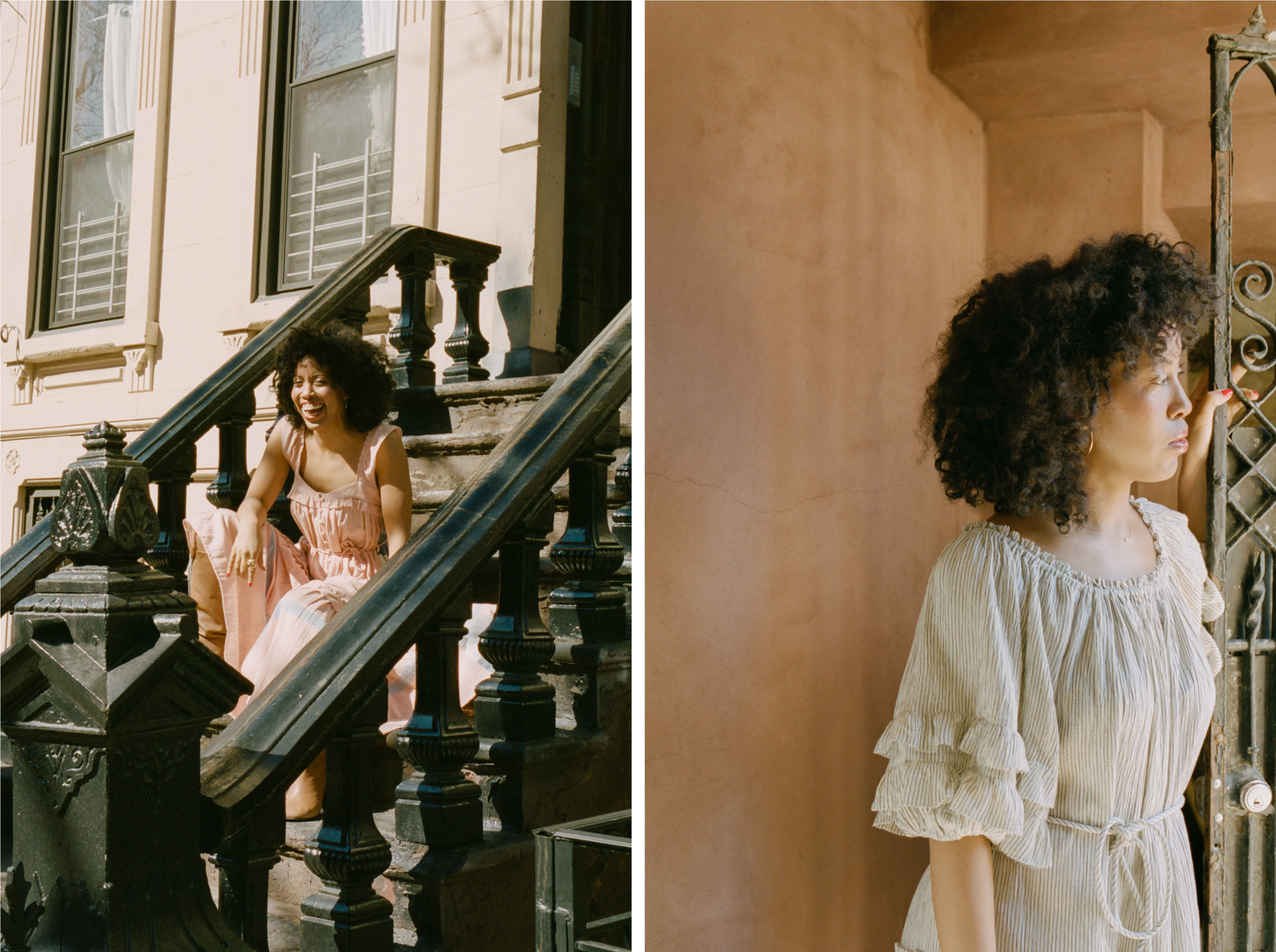 I think that had I entered that job at 22, hell yeah I could've burned the midnight oil for many years. But I'm about to turn 36…I had no personal life, I looked terrible, I didn't take care of myself. My whole life was dedicated to this job. I understand that a lot of people will say, ‘That is the dream job. Why would you leave?’ And my answer is…because I was miserable. I wasn’t personally or creatively fulfilled.
But it’s not something that’s been easy to come to terms with since I’ve left. Especially in this industry and city, there’s pressure to hold a certain title. To be “senior” or a “director” or have a connection to a specific brand or place. I’ve also had to rethink how I write. Shifting from a mentality of ‘I just need to pound this out’ to allowing myself to sit with how I really want to tell each story. I now allow myself a few days to sit and think about the lead, think about the formatting. I feel like I'm finally finding my stride, and doing what I need to be doing. 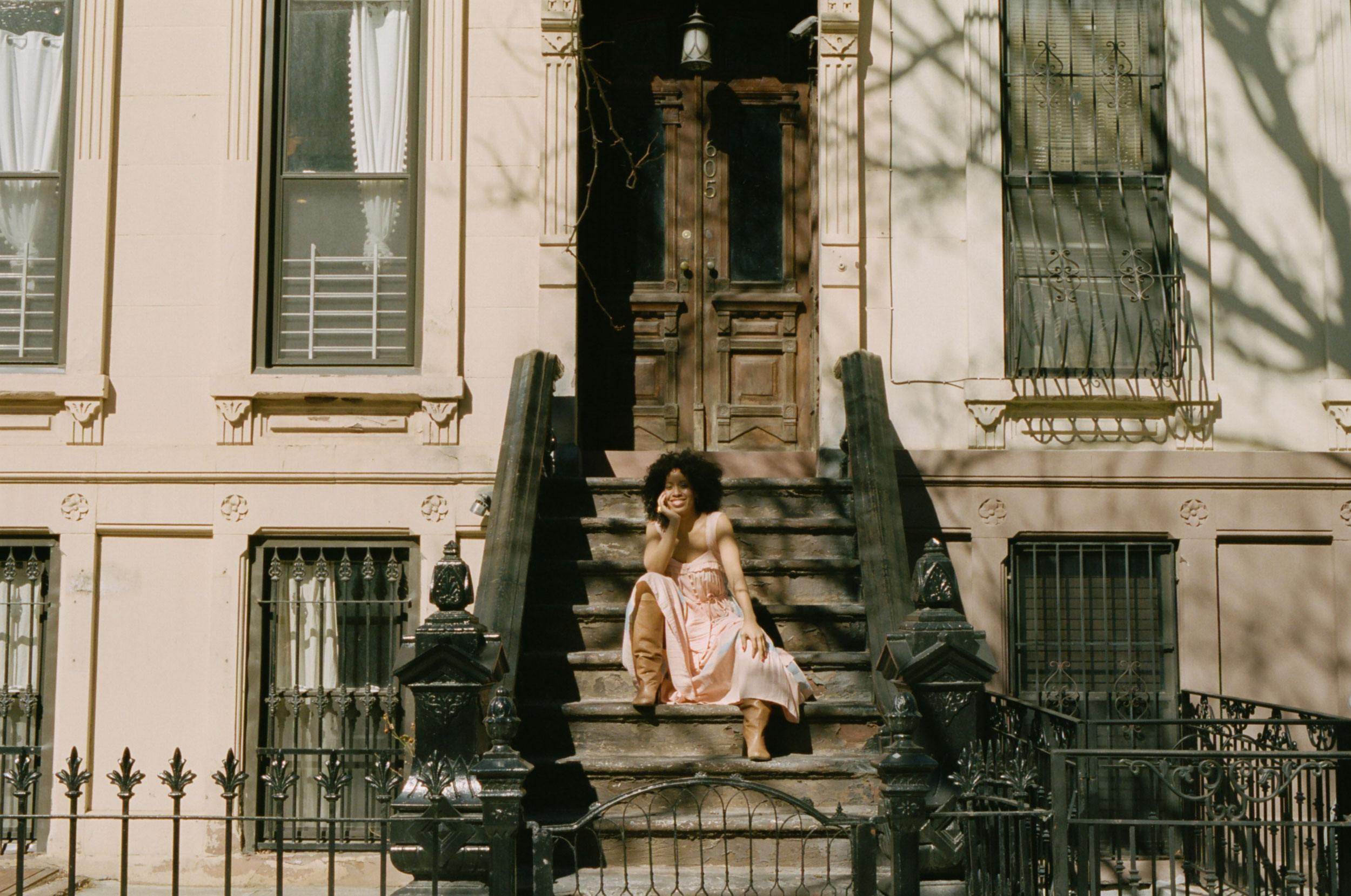 When you feel like you are having times of lack of focus, or a lack of just able to see a clear direction in what you're doing, do you have any practices, or any tools or tips that you have for kind of getting you out of that?
For me it’s about having a list. It is one of the first things that I do in the morning or I write it out the night before. An analogue list that helps me figure out everything I need to achieve that day, even the hard stuff, and it keeps me on task. And then I love music — I play Sade while I work as if she was a new artist that was just discovered. I find her music so soothing. And I try to leave the house, even if it’s just once a day to go buy a pack of gum at the bodega.
How do you spend the first 20 minutes of your day?
Honestly? I look at Instagram in bed. I check my horoscope. I look at my emails…it’s funny, I think I’ve become so used to feeling like I just have to check…it’s never an emergency! But I like to know what I’m walking into that day. Then I wash my face, which has become increasingly important to me as a freelancer. And then I look at my to-do list. 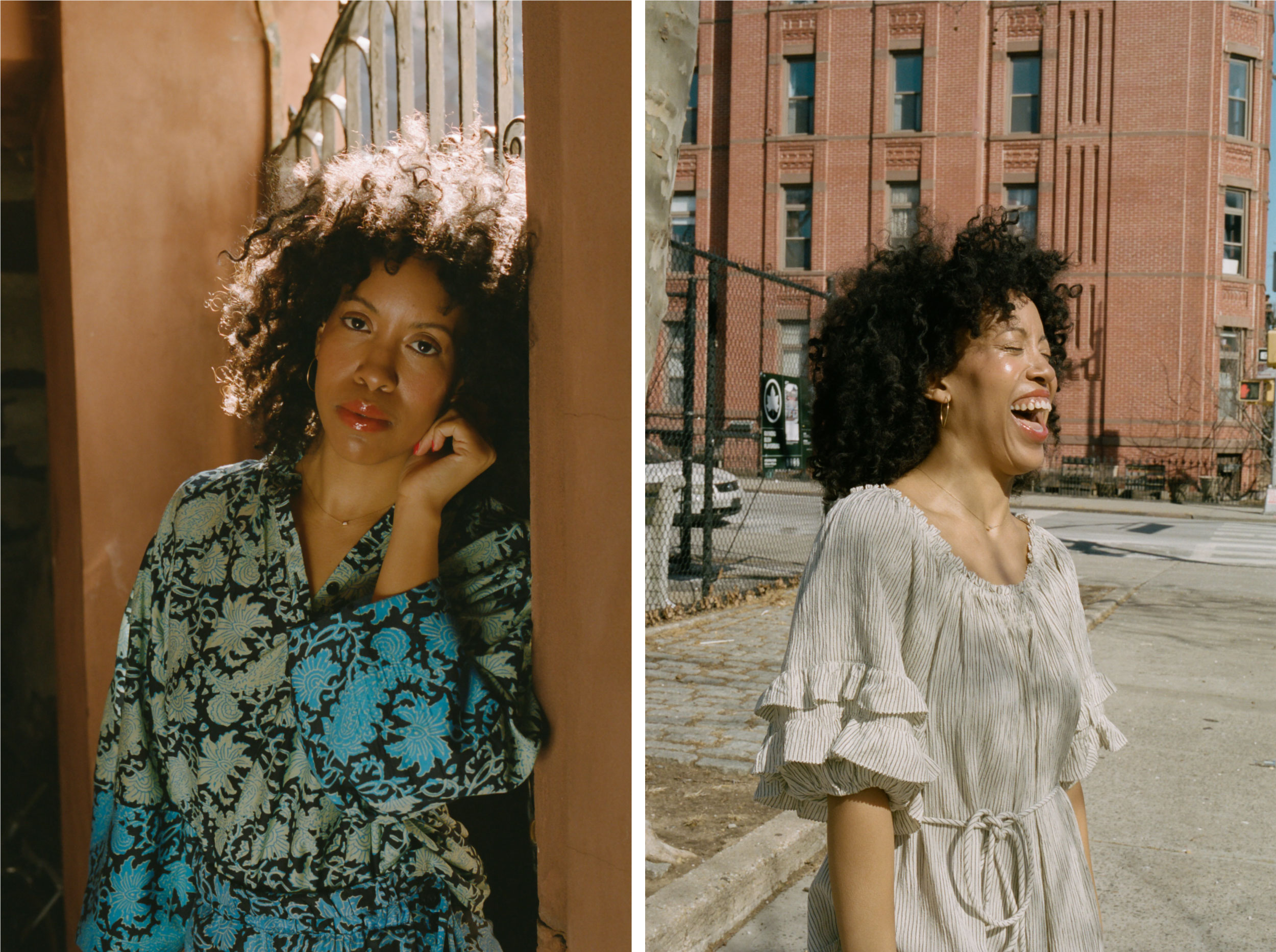 When was the last time you did something for the first time?
I took on being a mentor, something I never felt I was “qualified” to do. Maybe I always felt like I wasn’t in a position to help anyone, but I have had a lot of young black women come up to me and ask me to get coffee or to just talk about work with them. I always felt really shy about that…[but] recently someone approached me and I just felt a shift in my energy. She’s in a similar position I was in and I just felt like I completely understood how she was feeling. I realized that there was a bunch of crap I had to go through in my own experience but that by stepping up other young women of color could come up in that space and have a smoother ride. I think that is a really cool responsibility and is ongoing work: If I keep pushing back, the whole space gets challenged and expanded a bit more. 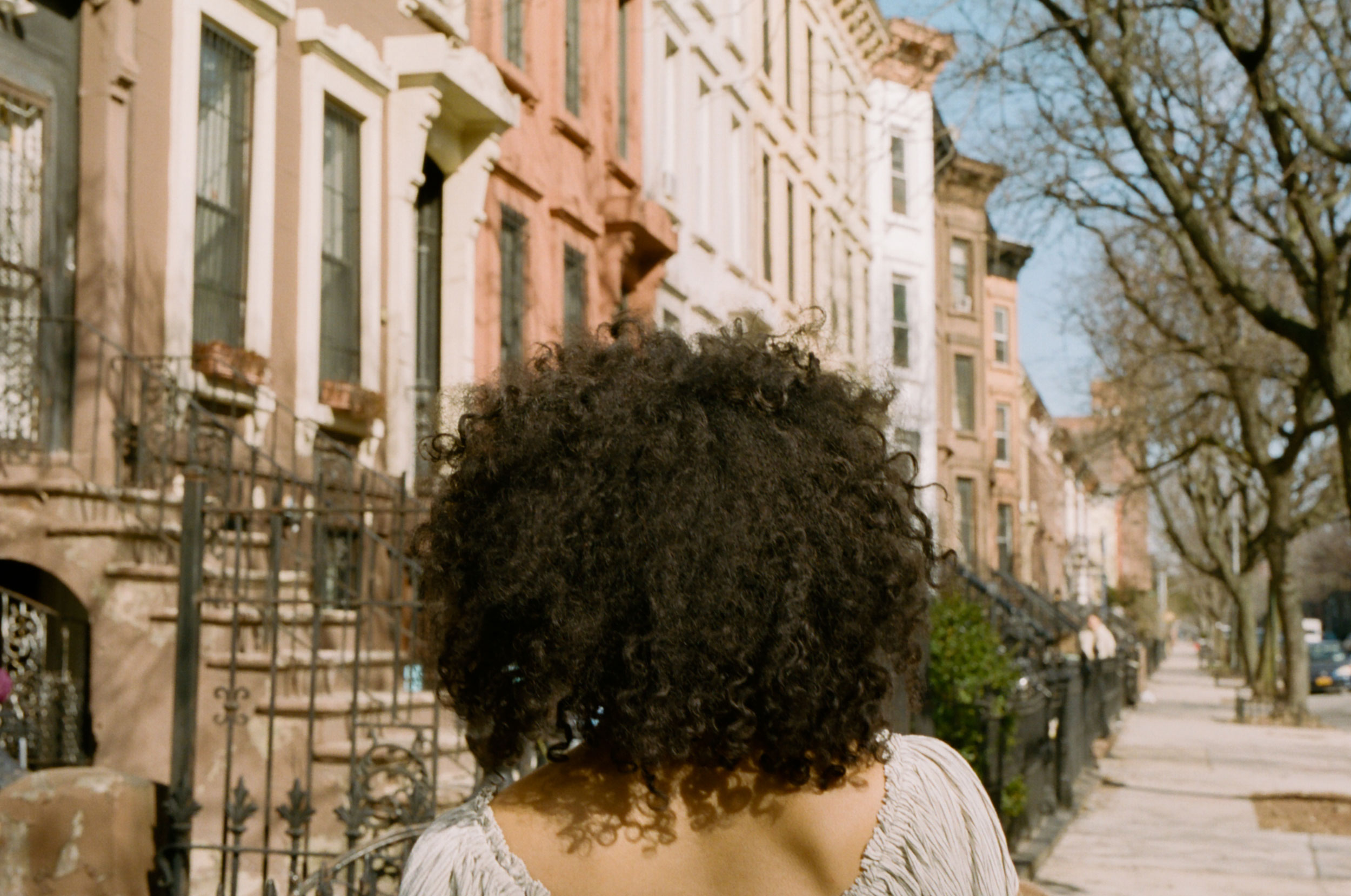 What is one thing you do that people think is crazy and why do you do it?
I think something that kind of confuses people and frustrates my friends with me is the level at which I pick and and critique myself. I have to cut that sh*t out! I think we live in a time due to social media and so much transparency and visibility that it's just so easy to compare your experiences to another person's, and I know that I can take that to an extreme. I can lose sight of what I’ve gained, earned, and done. Often my friends will just come up to me and say, ‘Hey Marjon…you’re doing great,’ when my inclination is to say, ‘Yea but I could have done this better, or I could be doing that, or why am I not here…’
How to you reframe your perspective when you catch yourself in those moments?
I say to myself, ‘What is for you is for you.’ I remind myself that I want the slow burn — and just because something isn’t happening now doesn’t mean it won’t. I still firmly believe that if you work really hard you’re going to make it; the cream rises to the top. You want to have longevity and you want to earn people's respect, and keep it. So I remind myself to keep my head down and keep working. When you’re looking over everyone else’s shoulder and comparing your progress to theirs you’re not moving forward at all.
And you know what is so funny? Also having worked in this industry for so long, there's always another party. There's always another fashion show, or photo shoot, or ... I'm telling you, you think you need to be at that party but you will probably forget it by next week. I’m looking for something that’s much more long lasting than these cursory moments. I want to be writing, making, and thinking about things that we continue to talk about. 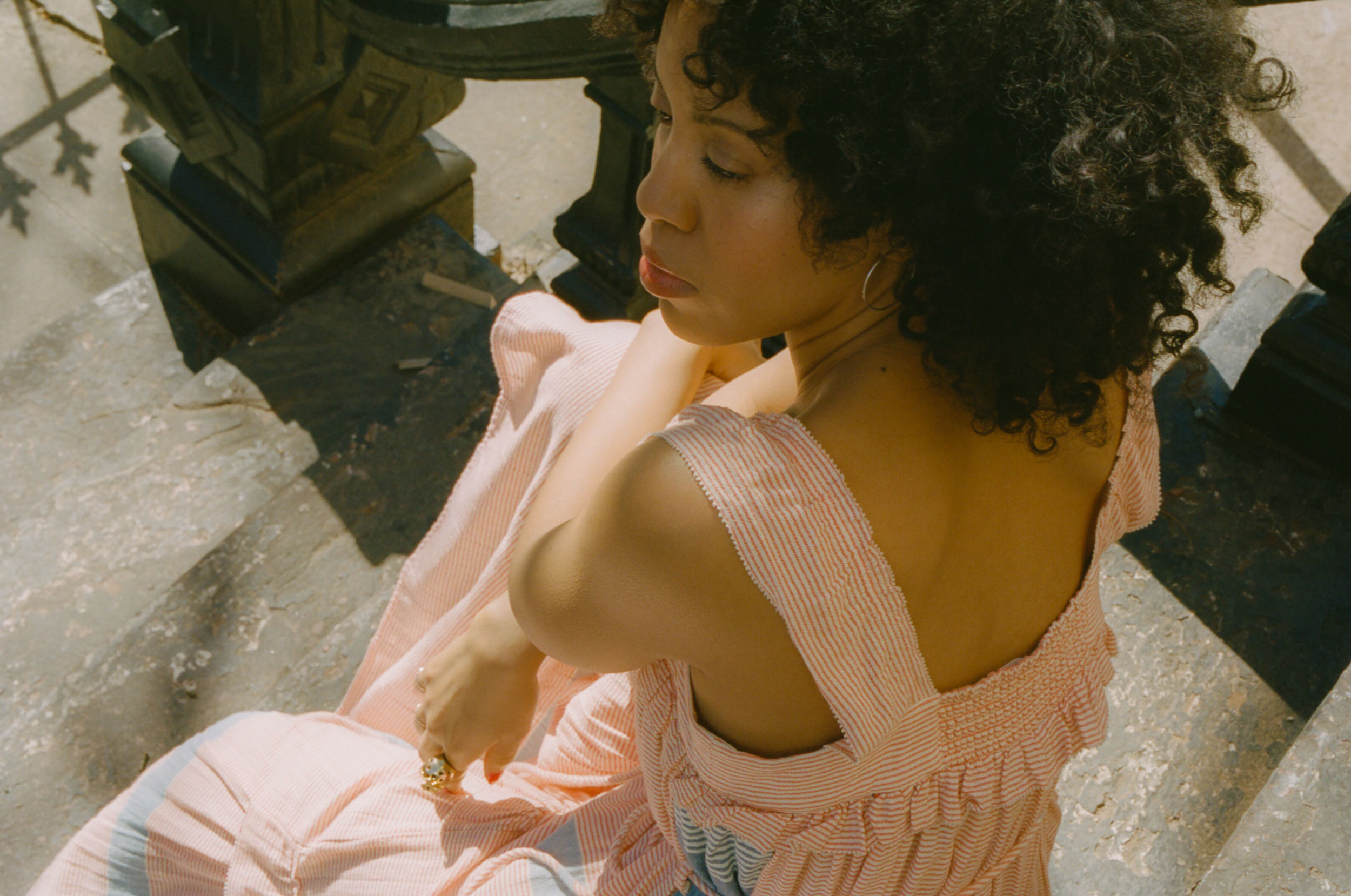 What is a book that you like to recommend and why?
I love "A Taste of Power" by Elaine Brown, and "Zami: A New Spelling of My Name" by Audre Lorde. I read these books straight out of college at a point when I was feeling really lost. Hearing from these powerful women and understanding that they had also felt that way was such an important roadmap for me. I love reading memoirs, seeing people who have come out of really paralyzing experiences and have been able to create a really impactful legacies. I think when you’re younger it’s important to understand that life is layered and things are not always how they appear. 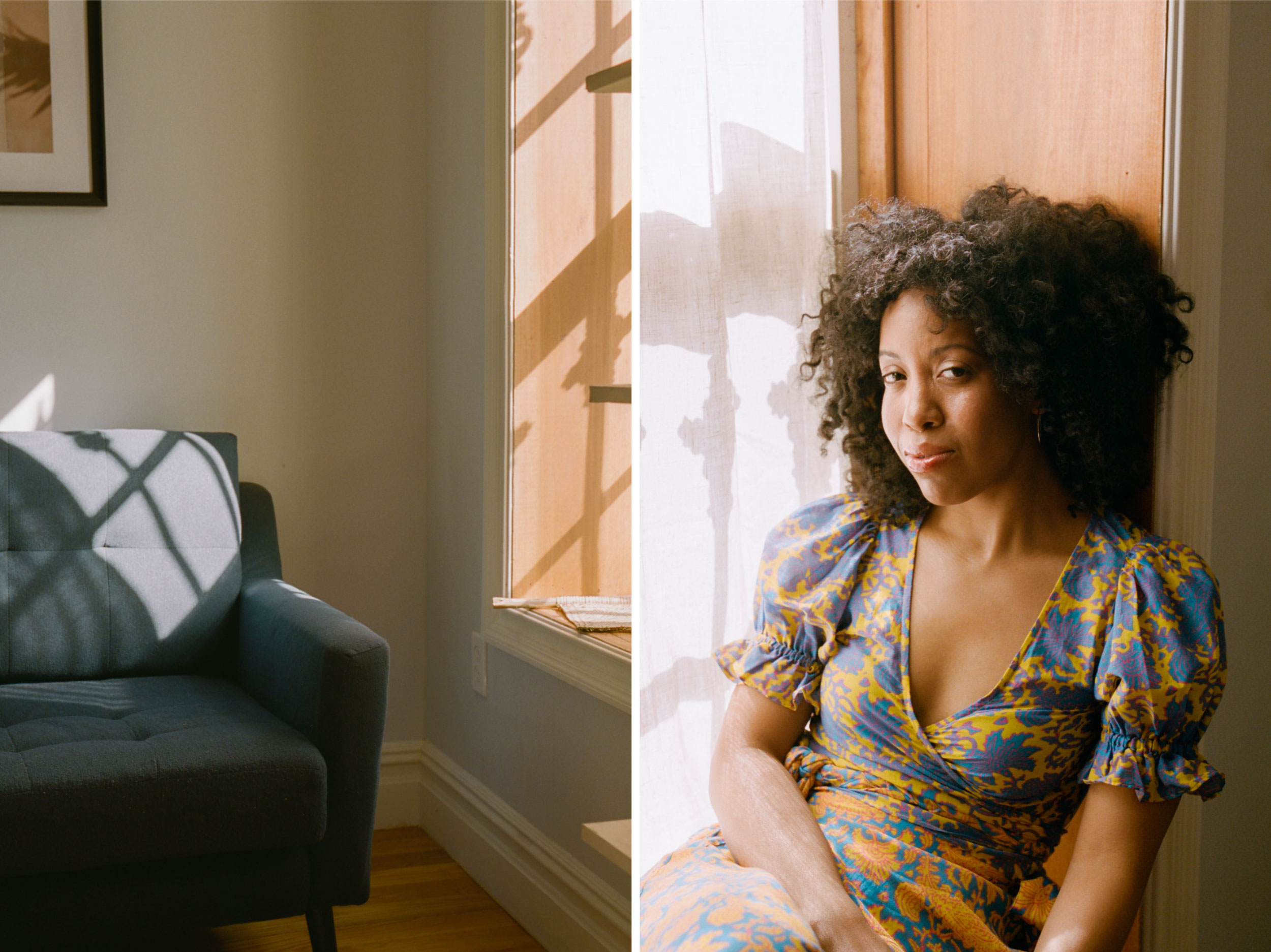 The last thing I Googled: "The Umbrella Academy"... I have been binge watching it and I love it.
A “guilty pleasure” that I have no guilt about…I really love indulging in reality television like "Real Housewives of Atlanta/Beverly Hills/New York" and the entire "RuPaul's Drag Race" franchise--best believe I have been watching since season 1.
What’s your inner age? 35. We have nothing but the present
The best purchase I’ve made under $50: I bought the book "Sextrology" a few years back and it's a constant by my bedside. It explores astrology by gender and by sexuality, and I've learned so much about myself and others through it. It goes deep.
Favorite place in the world? I love being near the water, so Jamaica and the coast of Maine remain favorites.
My favorite discovery: I love learning new strengths and skills I have through overcoming major obstacles. You never know what you're made of.
Recent favorites:
A book? "Feel Free" by Zadie Smith and "You Are a Badass" by Jen Sincero
A recipe/meal? I am on a gumbo kick right now. I want to eat it all the time!
An idea or tip? I heard this quote recently and it's stuck with me: "We grow anxious thinking about the future, we grow depressed thinking about the past, and we are at peace when we think about the present."
A song (and the scenario for listening)? "Stay Flo" by Solange. It reminds me of Texas so much, and just rolling through the streets in your car, so slow, at night, with the windows down.
Something to see (film, art, television, etc.): "If Beale Street Could Talk" or "Roma" (movie), anything by Lorna Simpson or Mickalene Thomas (art), "Grace and Frankie" (television)
Where you’re traveling or planning travel to? Back to Jamaica and hopefully to Mexico City!