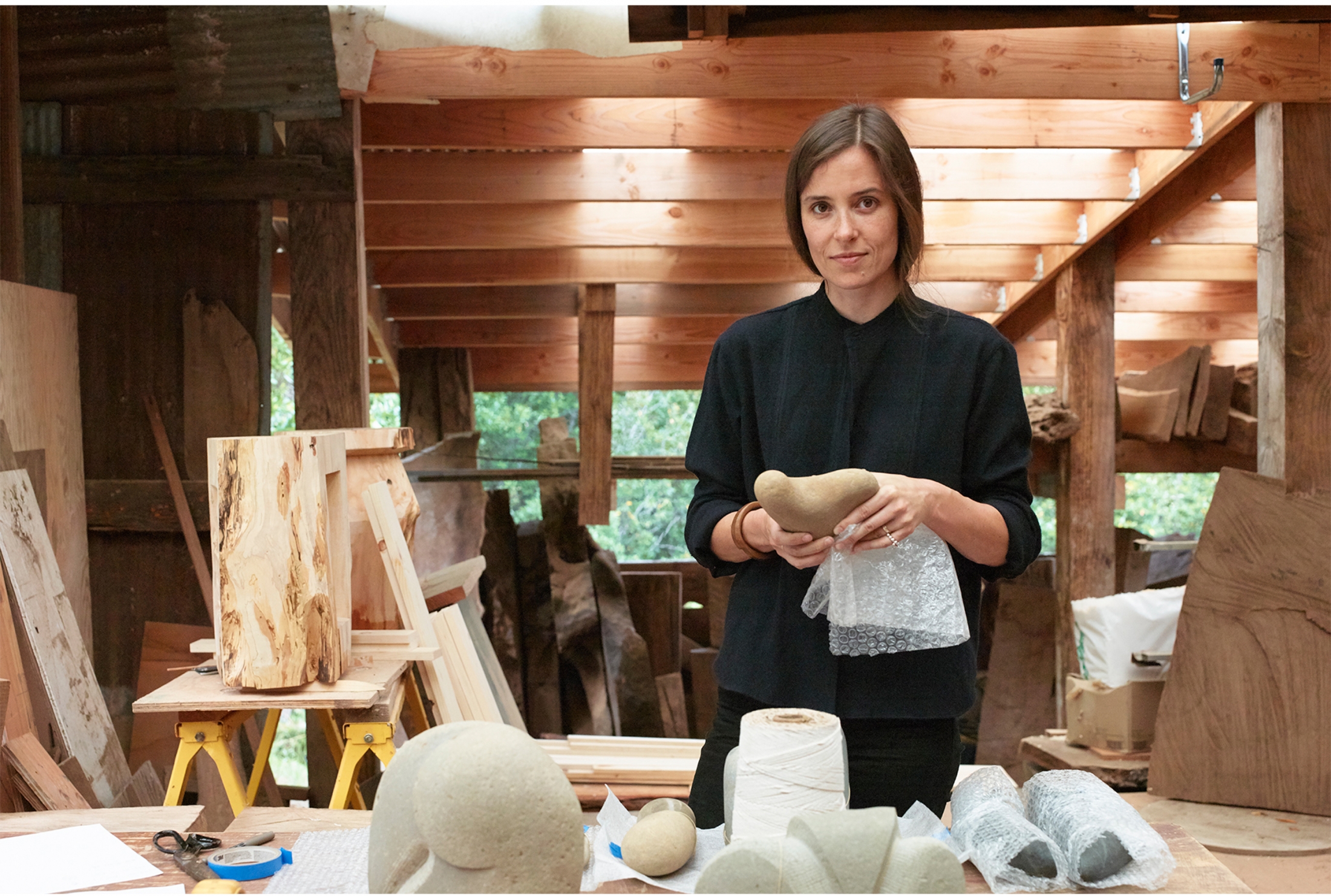 To start with the story of Mariah Nielson — an architect, curator, and design consultant — you have to start at the beginning. Raised in the hills of Inverness, CA, a quiet town just north of Point Reyes Station on Tomales Bay, Nielson grew up in a secluded craftsman cabin built by her father, the multidisciplinary artist J.B. Blunk. Nielson’s mother Christine, a weaver and textile artist, is the founder of the organic textile and bedding company Coyuchi. Raised to be curious, creative, and to forge her own path, Nielson has built a working practice that is both informed by and stands apart from her upbringing. After studying architecture in London, where she researched architectural representation in the 1970s, Mariah worked as the curator at San Francisco’s Museum of Craft and Design. Today, while continuing to curate, write, and consult on design, Mariah continues to manage the J.B. Blunk collection and maintain the home where she grew up, splitting her time between the UK and Northern California. Collectively her experience is an inspiring story about the possibilities of working, living, and how the two converge — we were able to visit her while at home in Inverness to learn more. 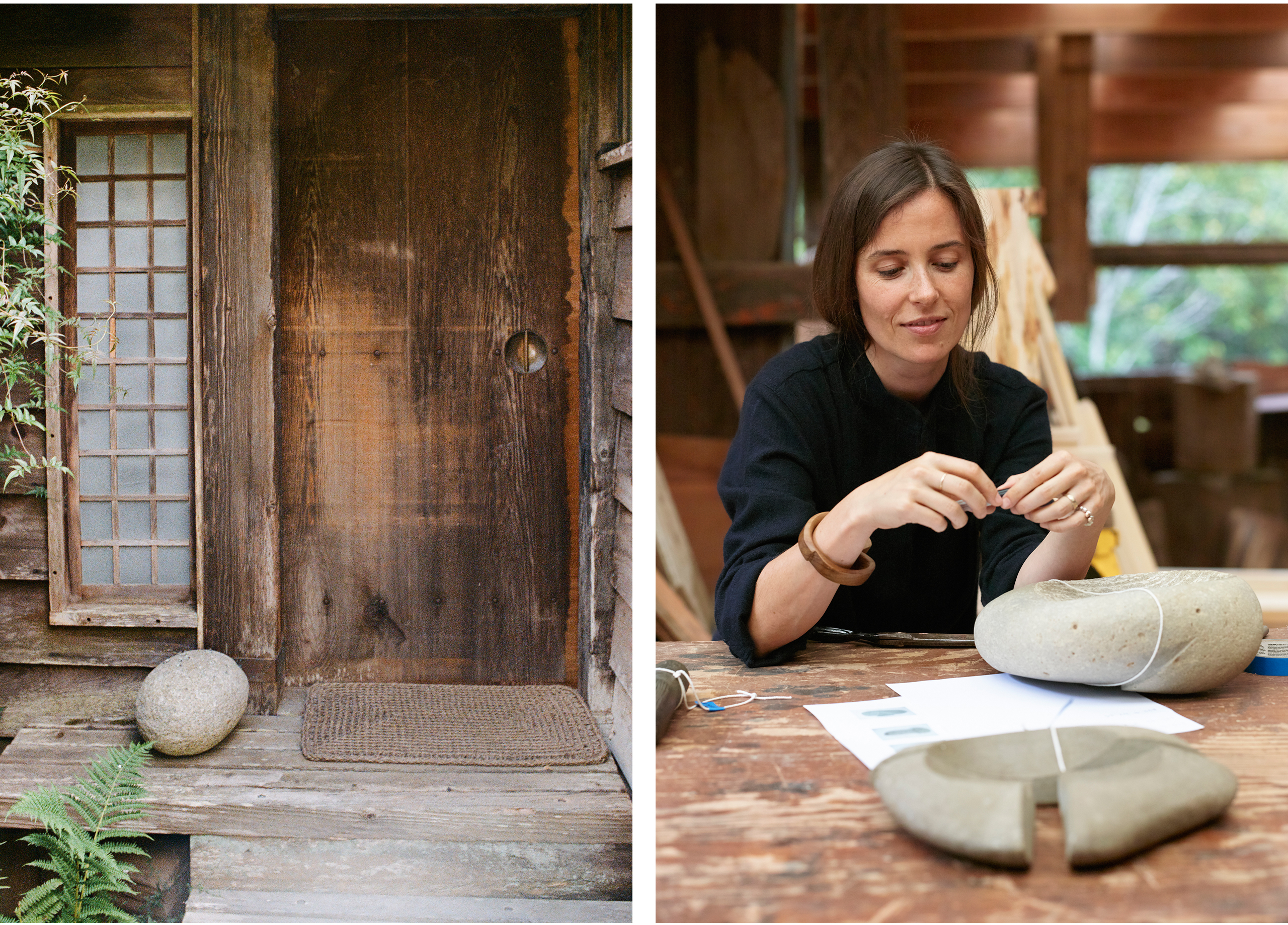 Mariah wears MARTYNA BUTTON UP BLOUSE in navy wool.
"Being alone, and out of your element, helps instill a sense of self that I think is immensely valuable"
Can you share a little about your childhood? What kind of roles (consciously or not) did creativity, design, and artful play have?
Growing up in Inverness, in a house my father built by hand, seemed completely normal. In fact, I envied my friends who lived in the suburbs and thought their lives were exotic: television, sugar cereals and “normal” cars (my father drove a bright blue VW double-cab truck and my mother a dark green Karmann Ghia). My parents collected textiles, furniture, and ceramics from their various travels to South America and Asia and so our home was filled with art and design. I’m sure that growing up in a handcrafted house, surrounded by objects collected and made by my family influenced my work as a curator. Both my parents worked incredibly hard – my father was in his studio every day. He woke up early, took an afternoon tea break, and then worked until dinner. I figured out that if I wanted to spend time with him while he was working, I had to have a project – I couldn’t just hang around. So I decided to open a restaurant in a corner of his workshop. I named it “Chach Cazure” and served sawdust-based dishes. My father would always order the special of the day. My mother also worked constantly, as a weaver when I was very young and she then started her own textile company, Coyuchi. In the mid-1980s she built a house in Oaxaca, Mexico, where she had done non-profit work with indigenous communities, helping them sustain their traditional ways of weaving. Our family went to Oaxaca for summers and Christmas. Spending time in Mexico from a very young age introduced me to another culture and helped establish a curiosity that I hope I never lose.
You also spent part of your teenage years in Japan — can you share more about this? In retrospect how did this dual perspective influence you?
I left high school when I was 16 to work in Japan as a teen model. I wasn’t very interested in or committed to modeling as a career – I saw it simply as an opportunity to travel. When I was offered the opportunity to move to Japan I immediately said yes – I wanted to visit the country that had influenced my father in such a profound way. My father had lived in Japan in the 1950s after the Korean War. A chance encounter with the artist Isamu Noguchi in a mingei shop (craft shop) led to my father having the opportunity to apprentice with the renowned potter Toyo Kaneshige. He lived for two years in a small village in Bizen, learned to speak Japanese, and developed a deep and enduring love of ceramic art. It was a hugely important time for him and I grew up listening to his stories from these years in Japan, eating delicious food that he learned to cook while living in Bizen and being surrounded by his work, which was influenced by his time in that country. When I moved to Tokyo I remember feeling very isolated. I spent most of my time working and exploring the city, meeting random characters on photo shoots and in restaurants. Being alone, and out of your element, helps instill a sense of self that I think is immensely valuable. 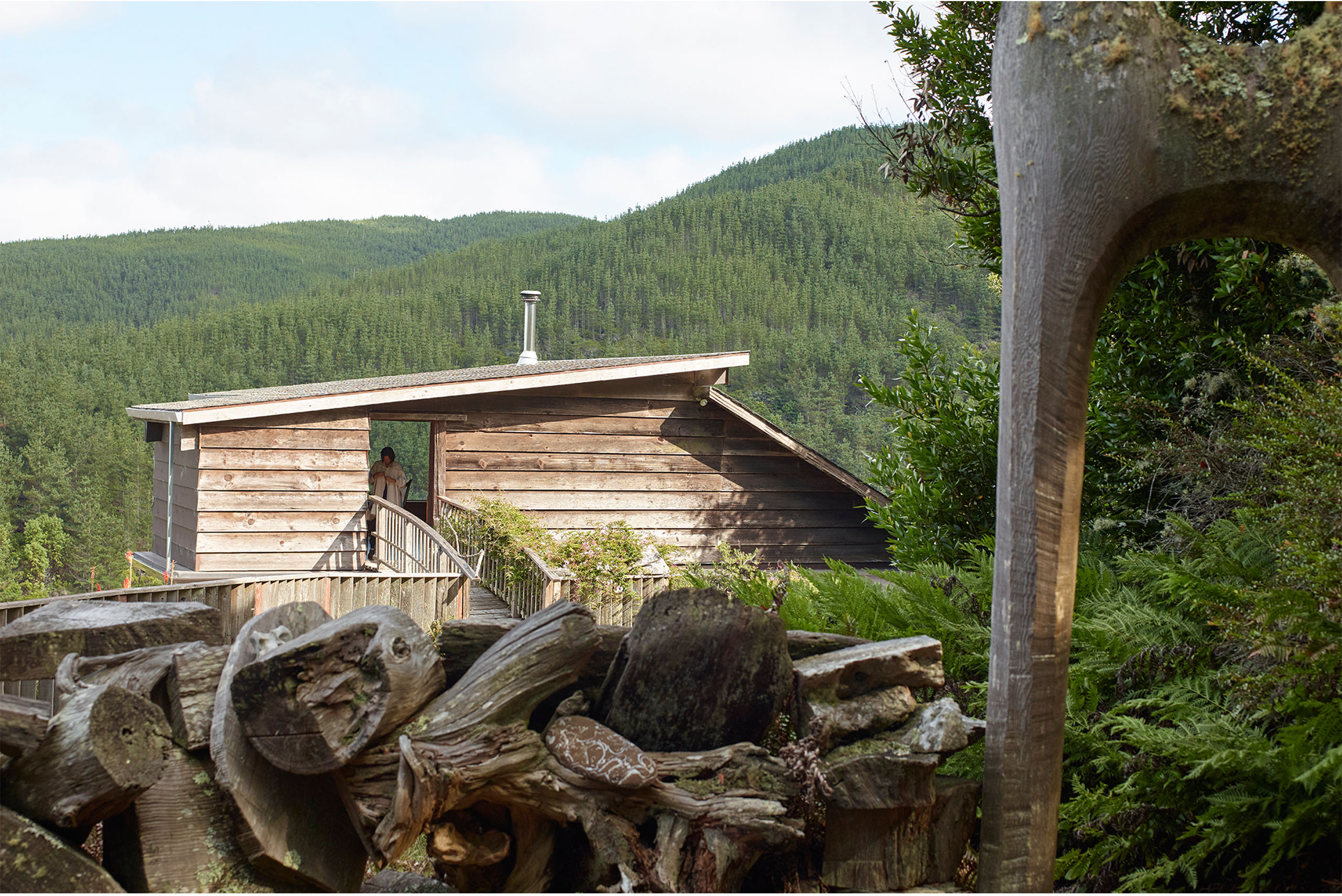 Mariah wears ESPERANZA NECK-KNIT PONCHO in ivory.
One leg of your work is very rooted in your family home and legacy; the other is in progressive architectural and curatorial concepts on the other side of the world. How do you see it? Do you regard the two as disparate parts, or are they two pieces of the whole…where does your UK life come together with your life in Inverness?
My work as a curator and sustaining my father’s legacy is symbiotic – one informs and supports the other. Studying architecture helped me develop the ability to articulate creative process – understanding and communicating factors such as history, context and function is also relevant to curating. What attracted me to architecture is similar to what I also enjoy about curating: developing a spatial and conceptual narrative. My life in London and Inverness are part of one, whole experience. Both places influence all of my projects and I feel privileged to be able to draw inspiration from such distinct environments. 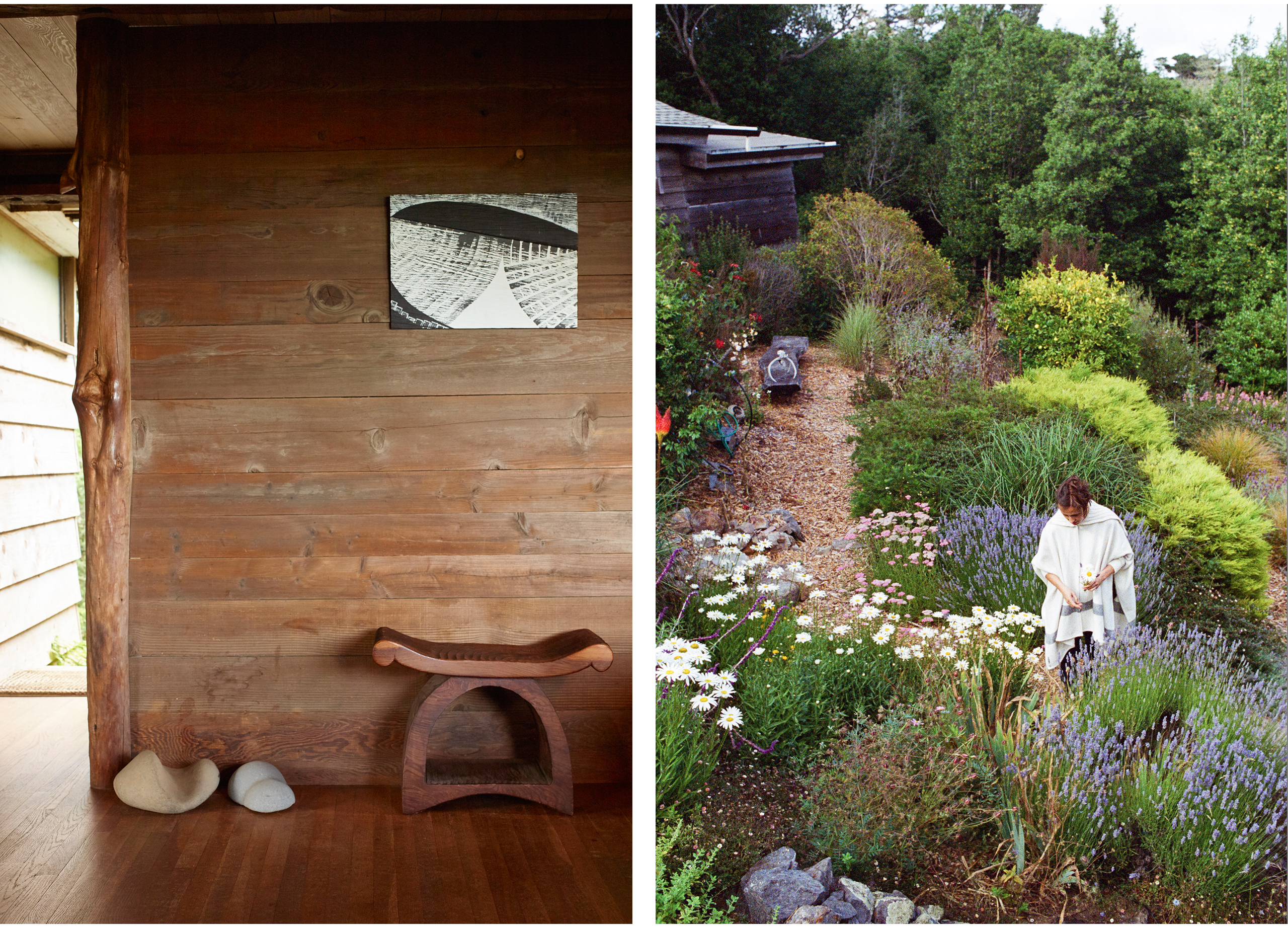 On a more macro level, how do you manage living in two places that are so different in pace and in lifestyle?
When I first moved to London, my friend Martino told me that the only way to live here is to leave often. The weather here can be tough (especially for someone who grew up in California). When I travel abroad and return to London I truly appreciate this city and all it has to offer – I take advantage of what’s here rather than take it for granted. Because I spent the first 33 years of my life in the Bay Area I have a strong community that I have tried to keep in touch with and stay close to since moving to London. Thankfully, I still have opportunities to collaborate on projects and work in the Bay Area. Also, because my father’s archive is in Inverness and the galleries I work with are based in LA, I need to be in California at least twice a year. My advice for people who are looking for a similar living situation is be willing to take risks, travel, and work abroad when you can and make and maintain strong personal and professional connections wherever you go.
As a curator by profession, what is it like to curate the work of your own father? What are challenges that come from looking objectively at something so close to you in subject matter?
I didn’t begin working with my father’s material until after he died and I feel that that distance helped create some objectivity. Also, because I’ve studied design history and am able to now contextualize my father’s work historically, helps in understanding who he was as an artist and not just a father. The most challenging aspect of working with his art is that it doesn’t feel like work so it’s difficult to establish boundaries. But the beauty of the process is that it also feels like spending time with him – I feel close to him when I work on the house or with his collection. 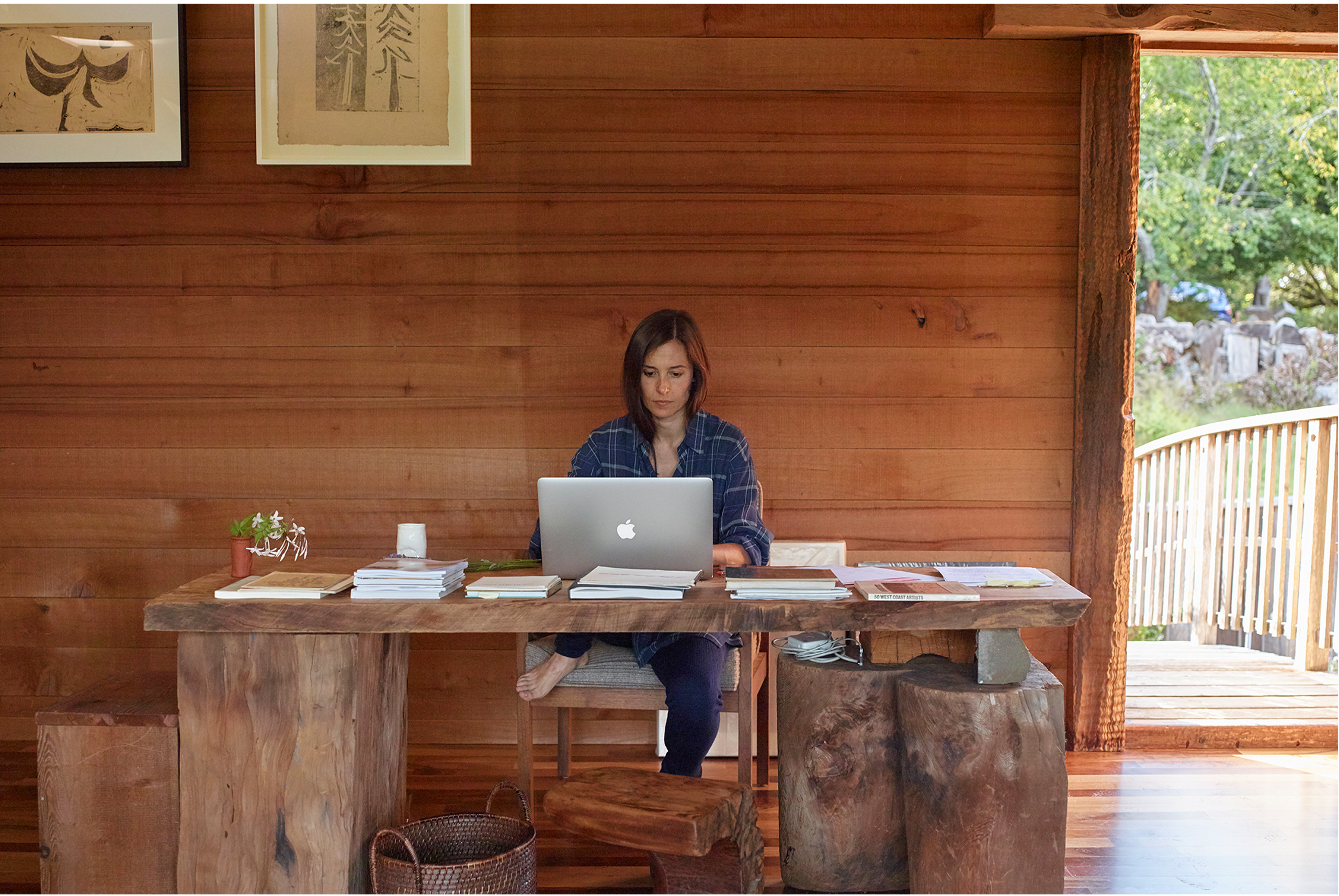 What are some concepts, themes, or subjects that have been of recent interest?
At the moment, I’m working with the British Council, curating the UK Pavilion for the Guadalajara International Book Fair. The Pavilion opens in late November and the theme of the exhibition is “collections.” The content will include work from outstanding British institutions, such as the Victoria & Albert Museum, and also very personal collections like cookbooks a British chef has collected for over 30 years. I’m also curating an exhibition of my father’s paintings from the 1970s with Gerard O’Brien at the Landing in Los Angeles. The show opens the 14th of November. This is the first time my father’s paintings are being exhibited. And my friend Fanny Singer and I have just started a company, Permanent Collection – a line of essential women’s clothing and accessories based on found pieces from the mid-century to the late eighties. Beginning with two navy coats that we were wearing the day we first met, we’ve selected a group of vintage designs that are elegant, minimal, timeless and versatile. We’re launching the collection in July of next year with five coats, two styles of sandals and a set of ceramics.
What are you serious about?
My work. 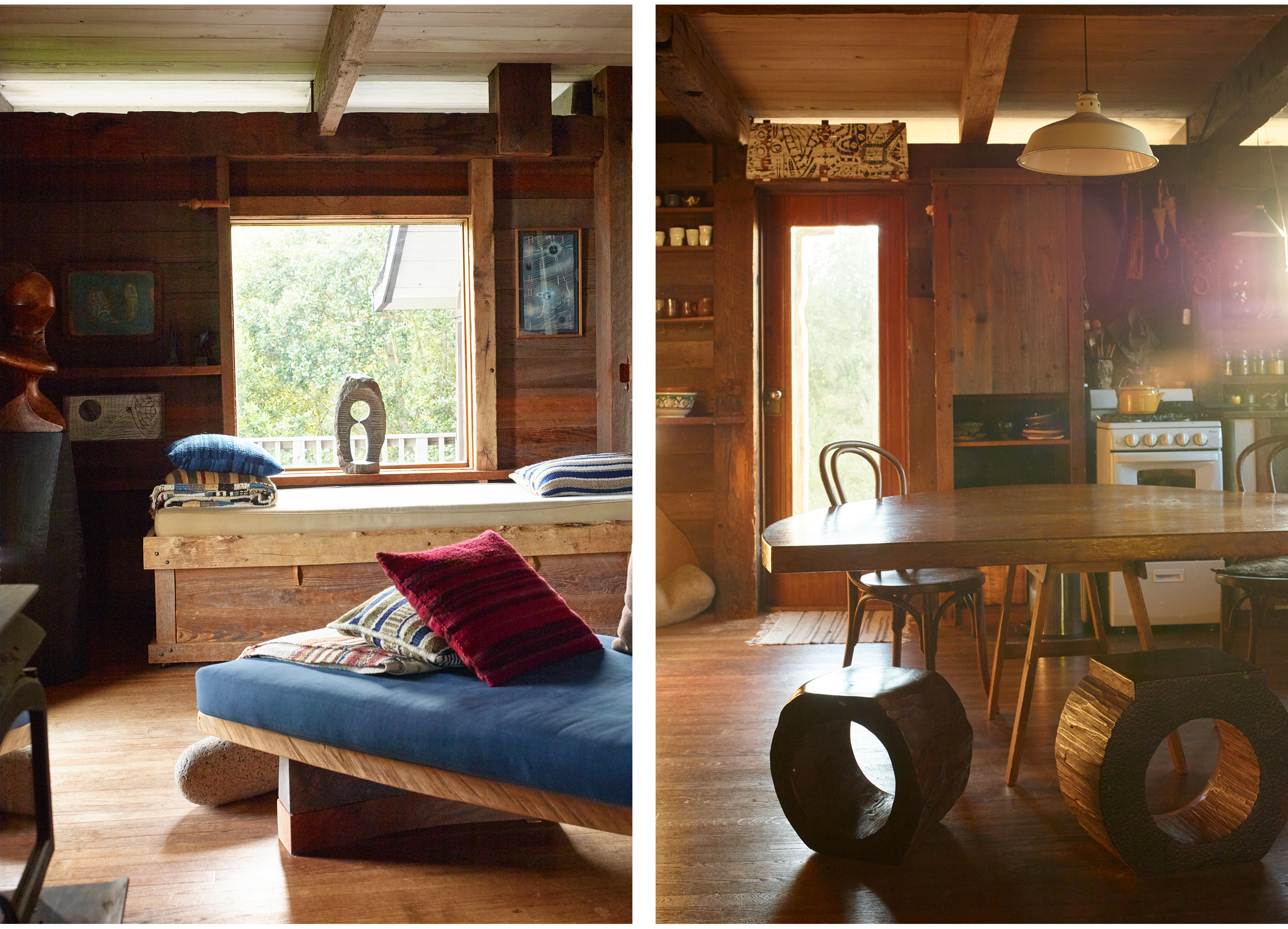 What will you never take seriously?
Myself.
What do you make for dinner alone?
Toast with avocado, olive oil, salt and chili.
What do you make for a dinner with friends?
Fanny and our friend Claire Ptak and I all live in London and California. Whenever we’re together we make tacos: black beans, shredded roast chicken, avocado, cilantro, salsa fresca (with tomatoes, jalapenos and onions), grated cheese and our own tortillas using masa that we import from California – Max even made us a tortilla press especially for these dinners.
Describe a daily ritual.
Making coffee in the morning with my husband, Max. One of us wakes up before the other, makes coffee using Lavazza Rosa and our yellow Bialetti. We drink the coffee in bed and chat about our plans for the day.
Can you share the schedule of a typical day in the life? If there is no “typical” day for you, what constants remain?
There is no typical day – which I’ve worked hard to achieve. All of my projects involve travel, meetings, studio visits, writing and research. The constants are emails and coffee. 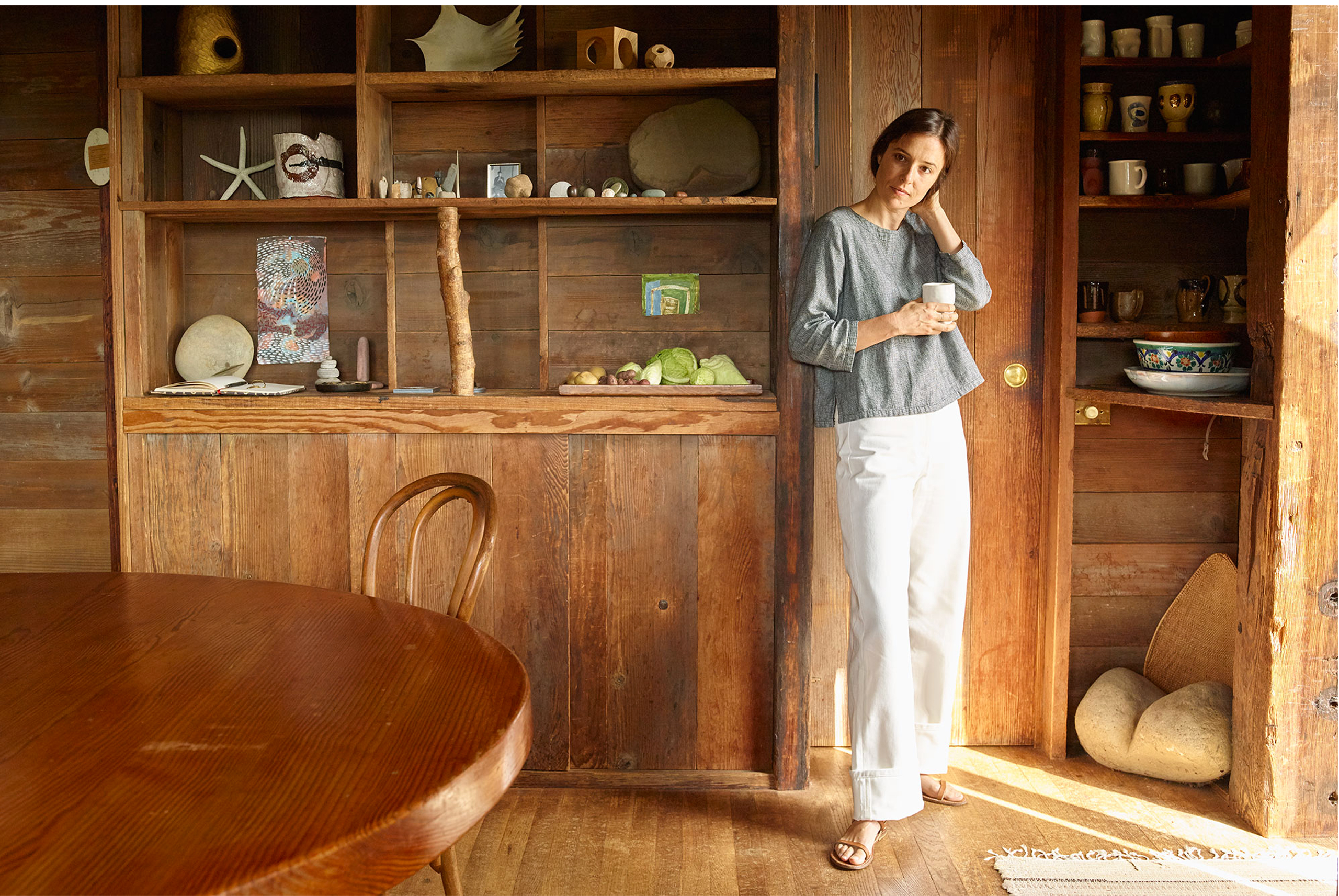