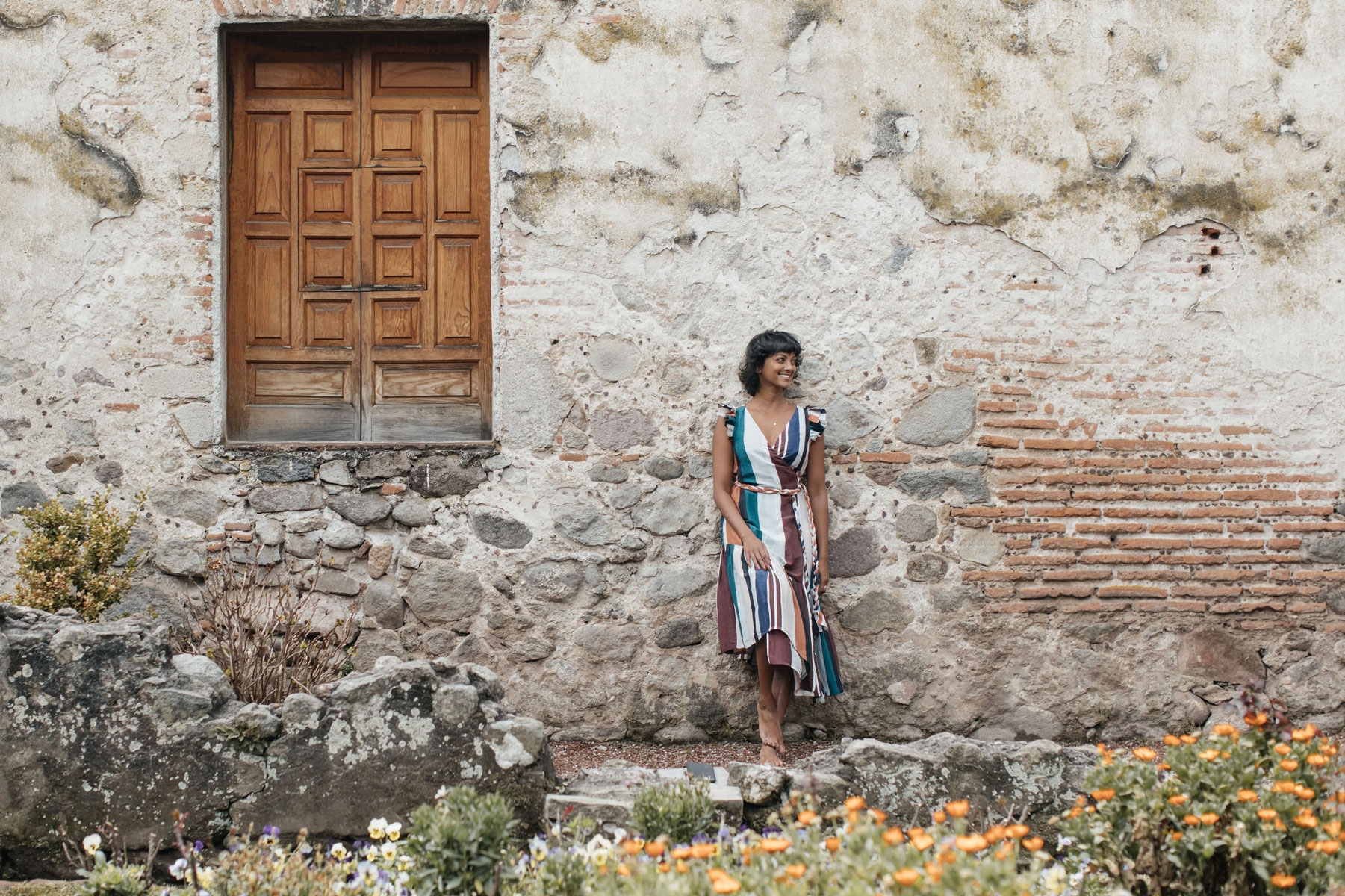 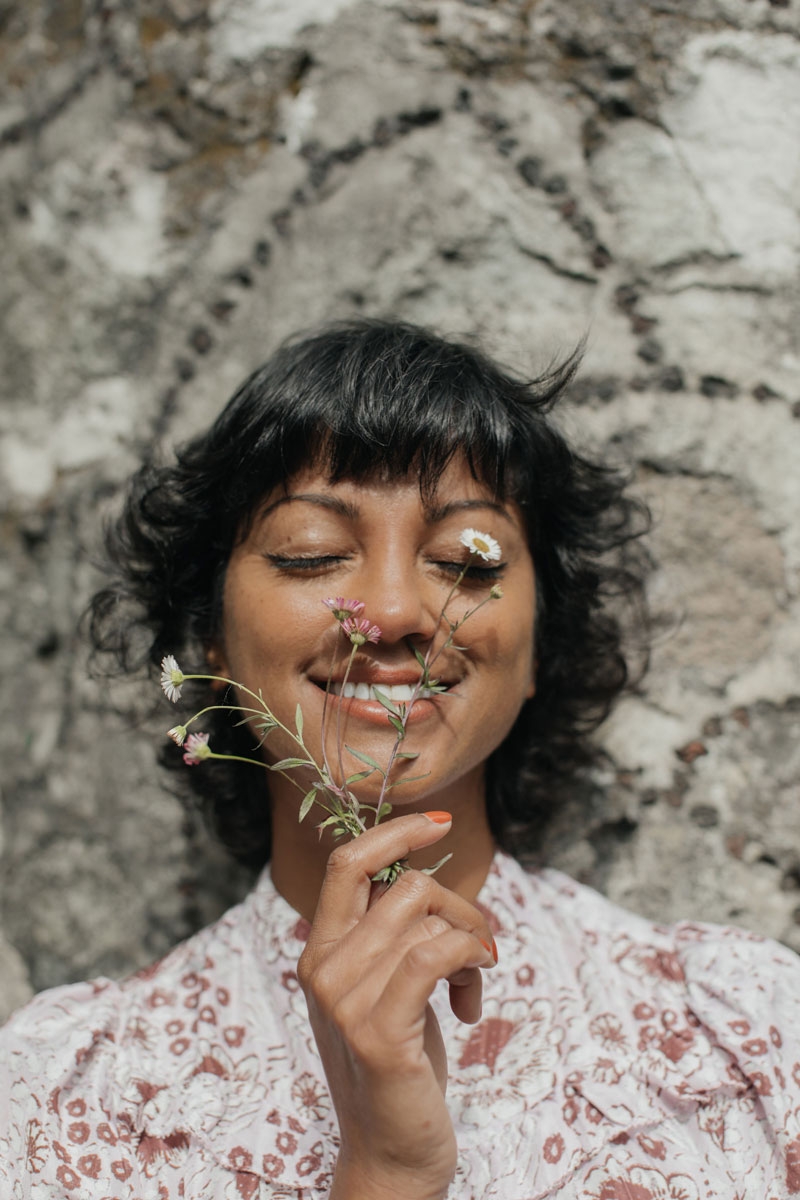 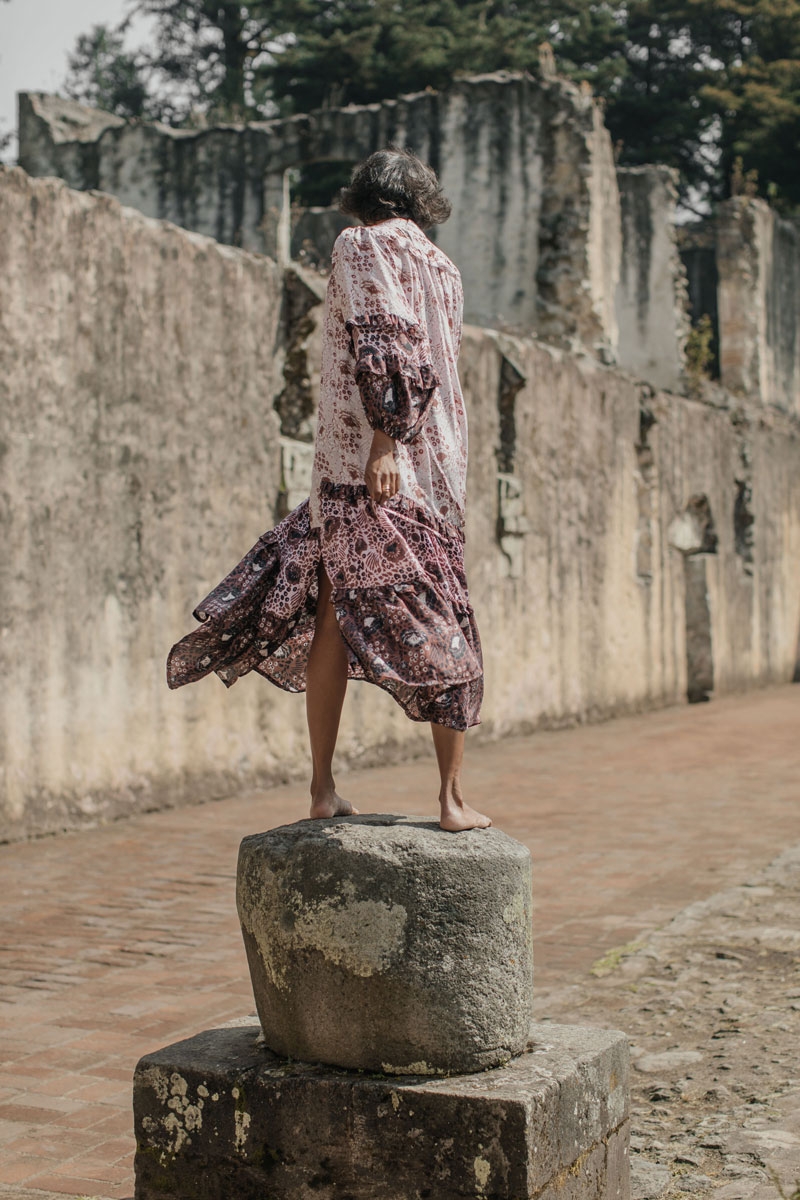 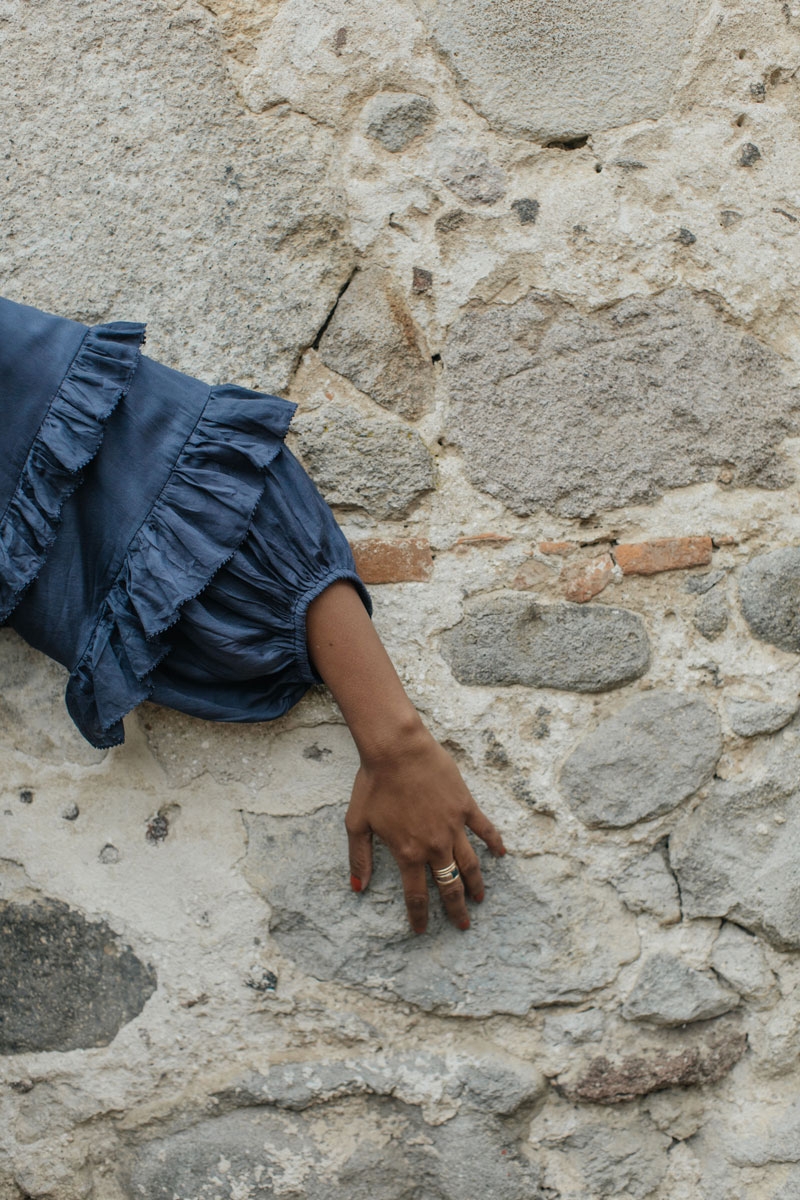 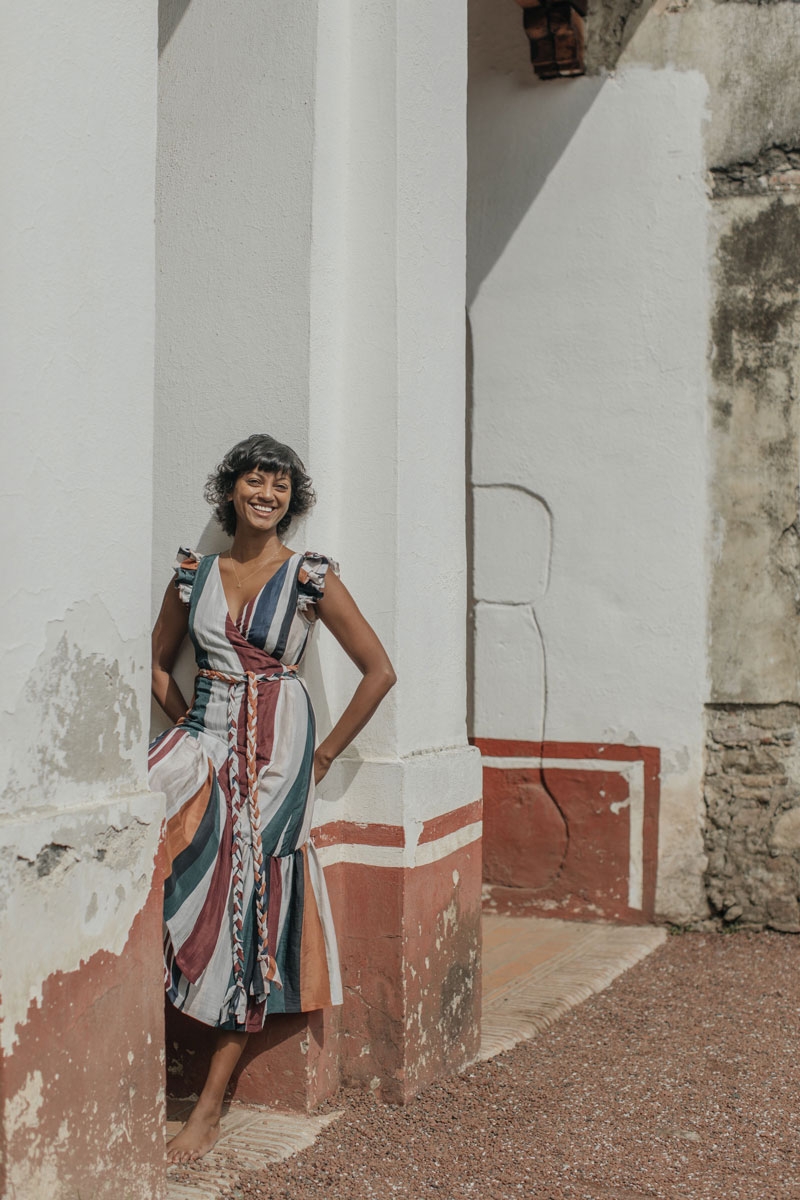 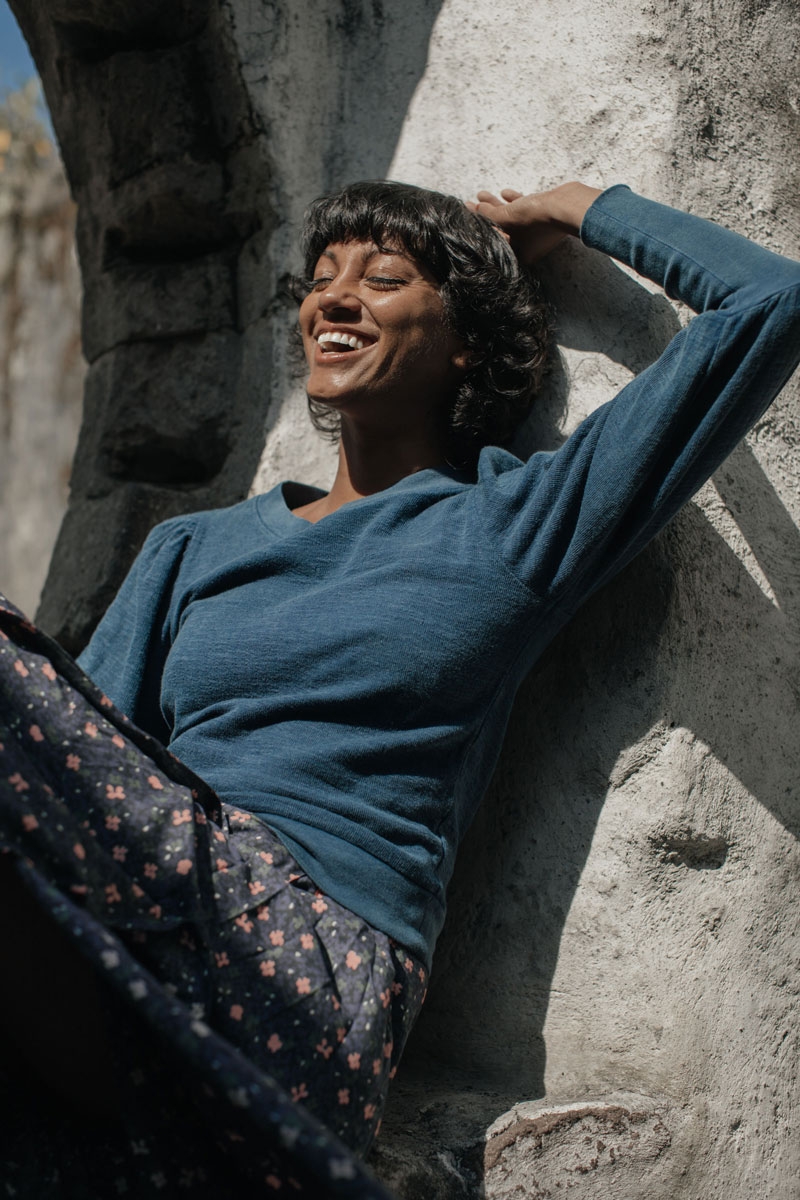 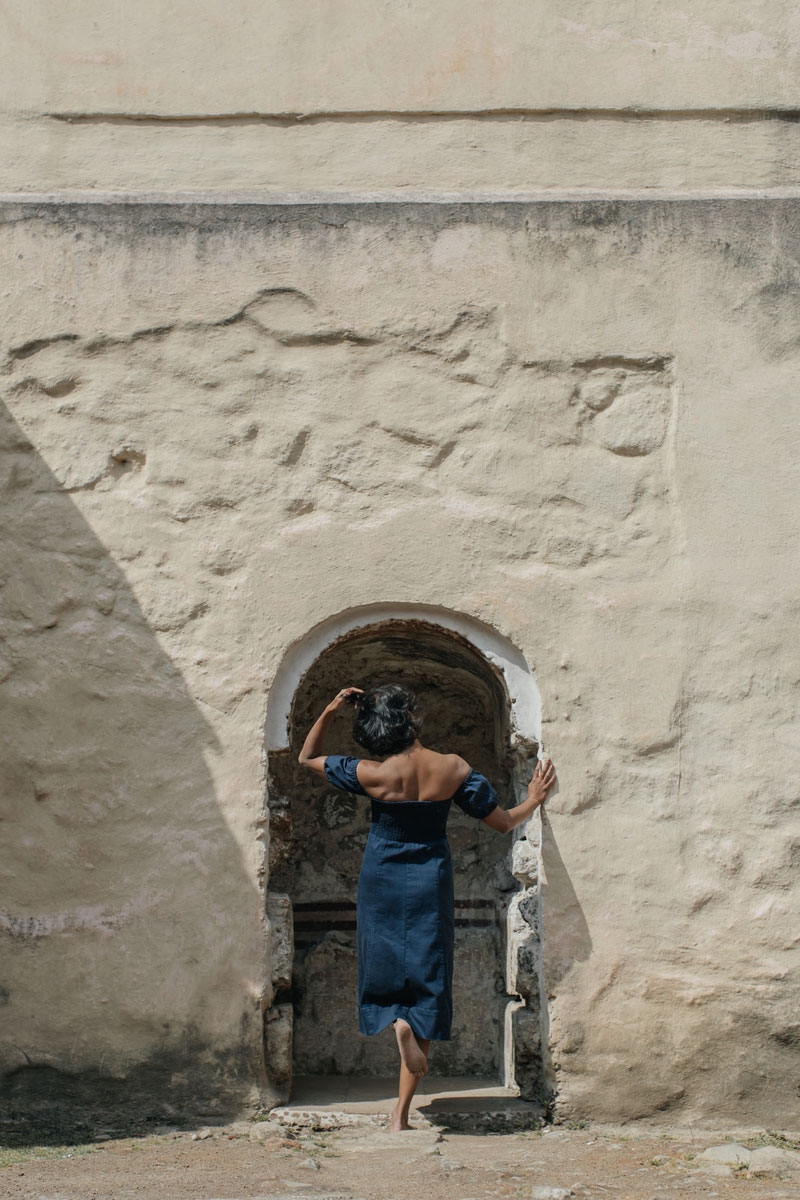 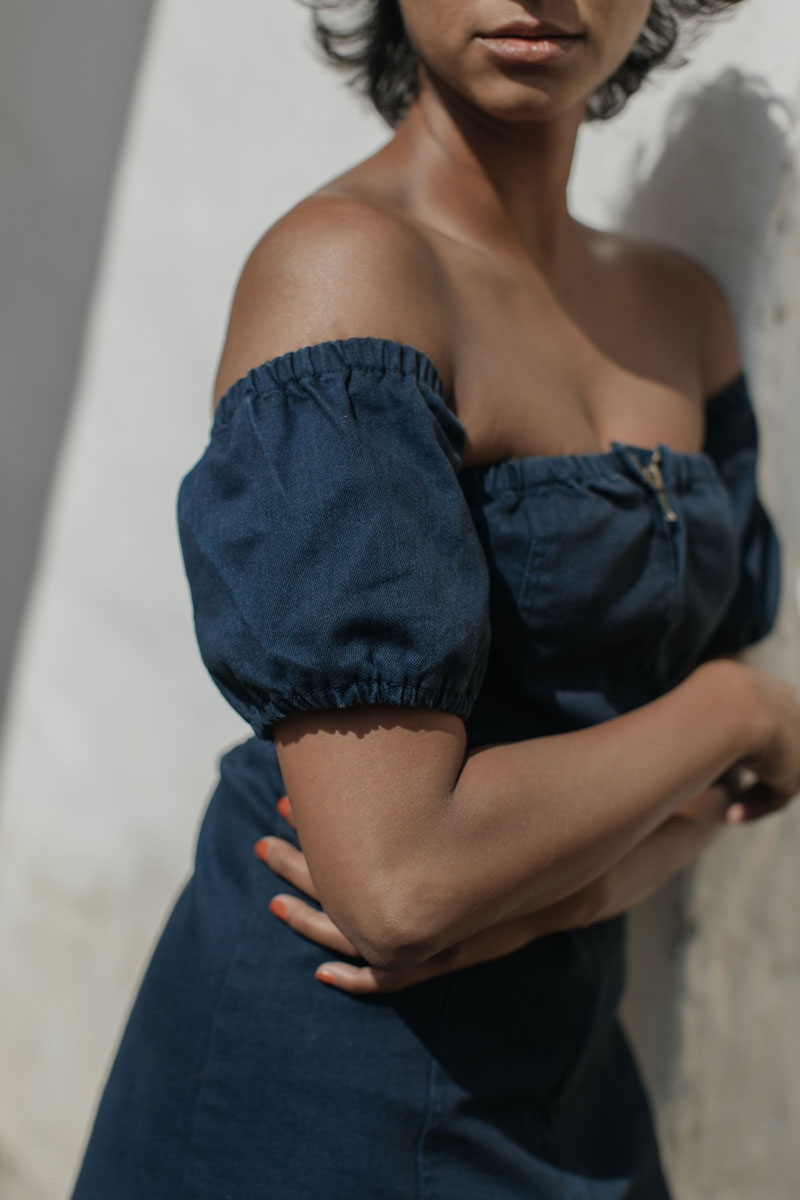 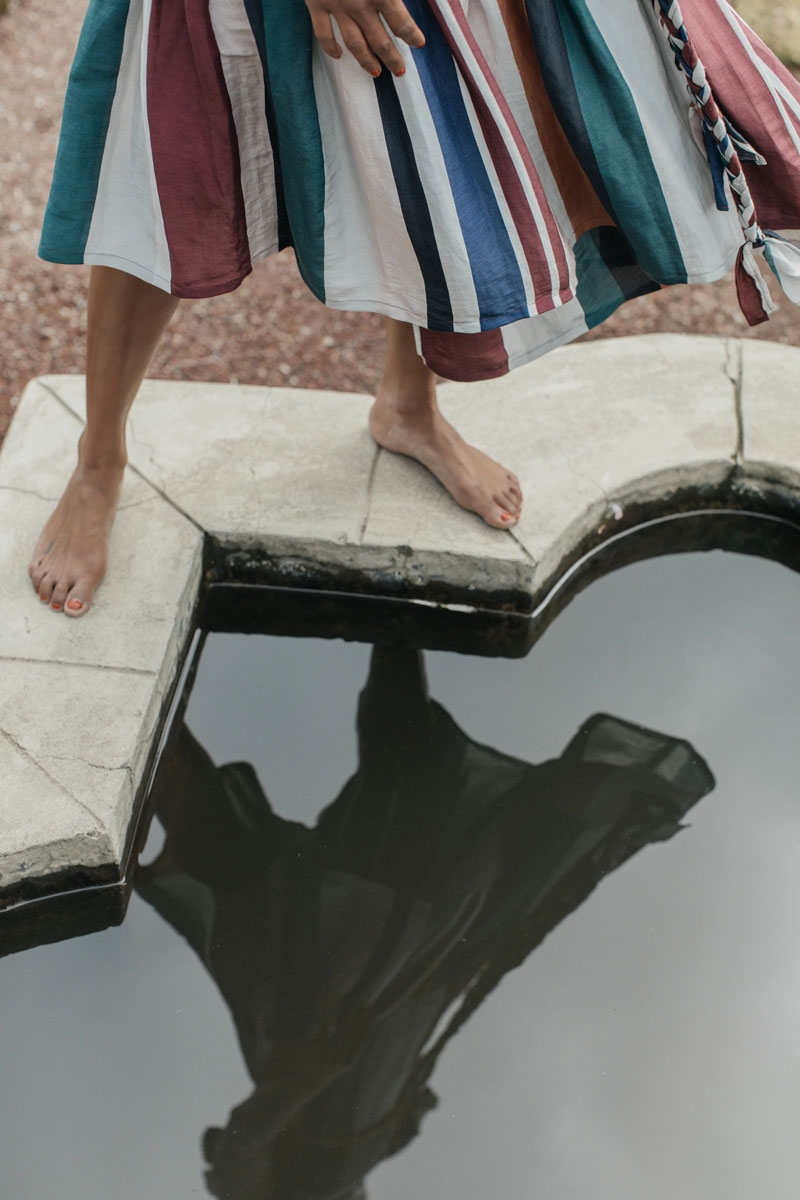 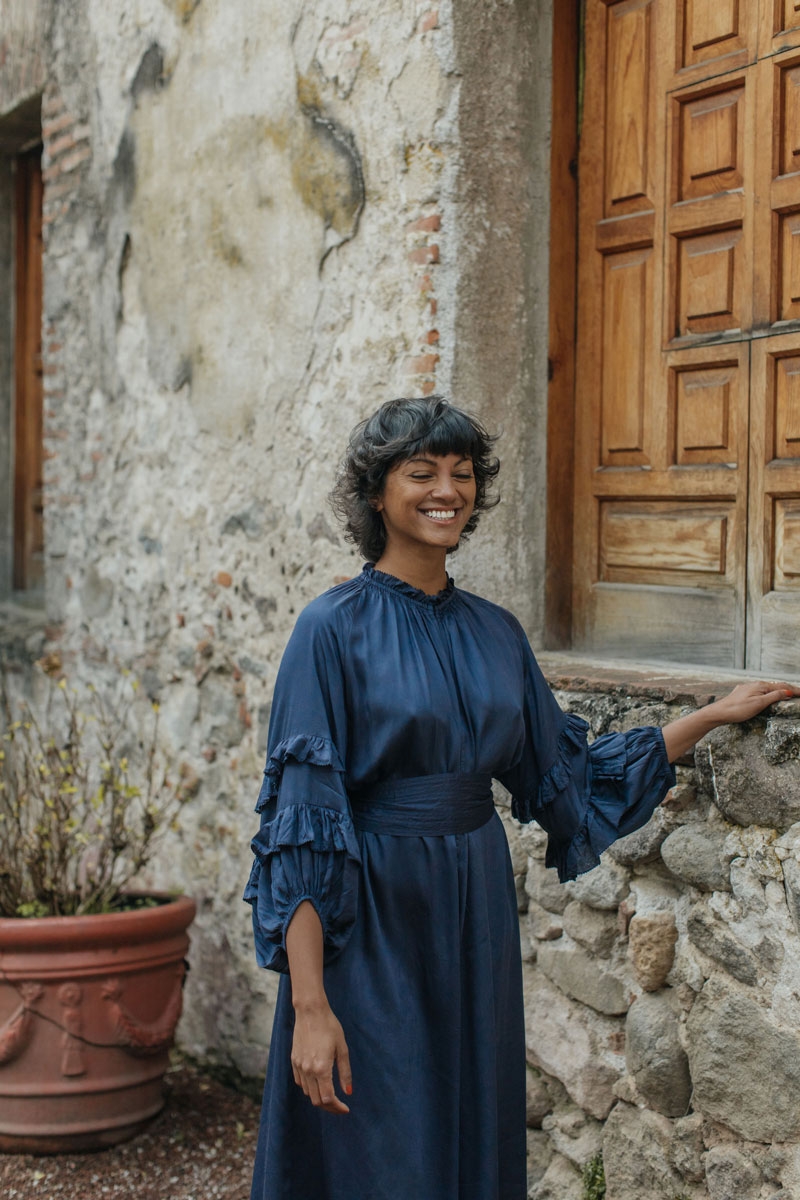 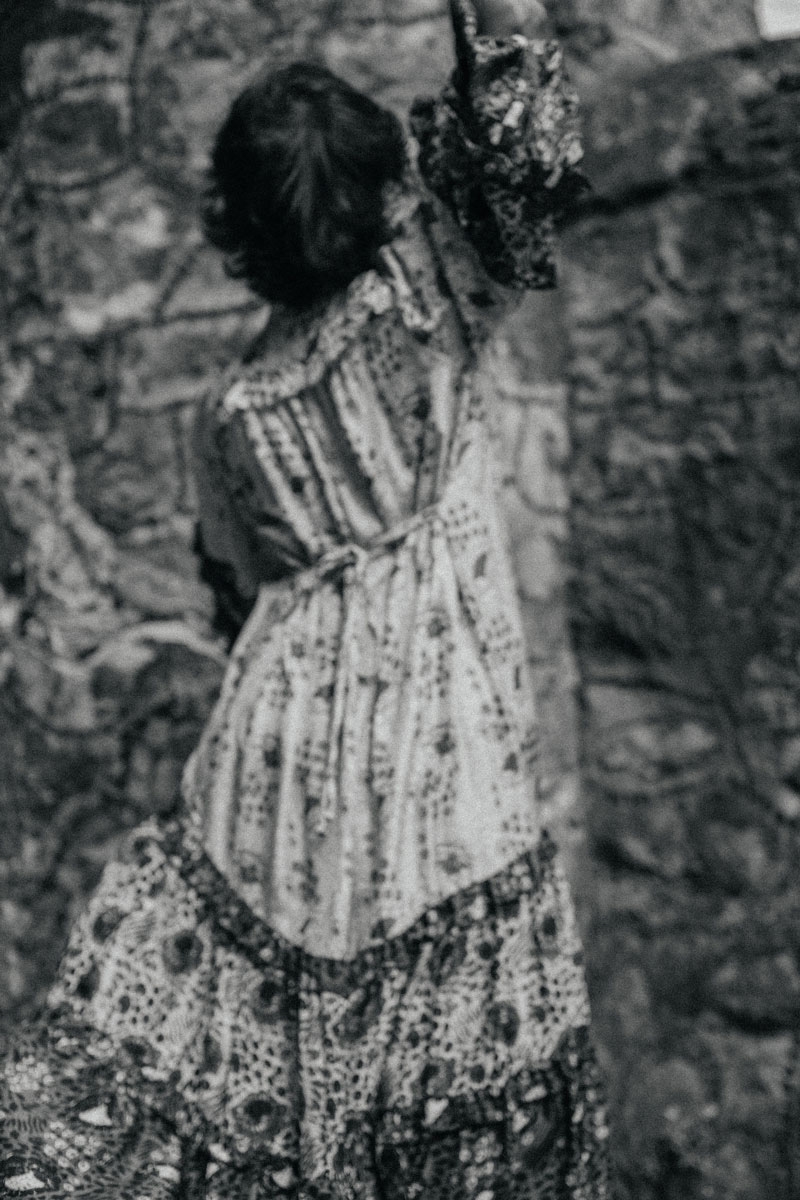 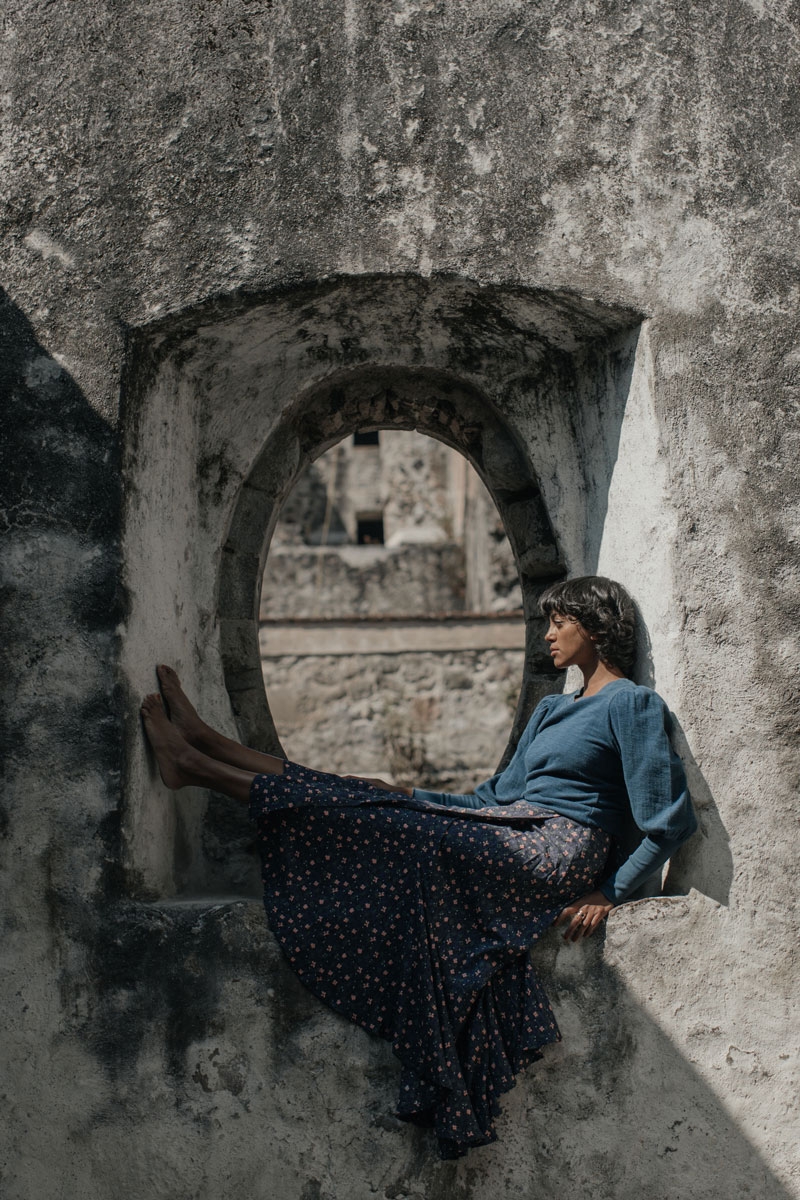 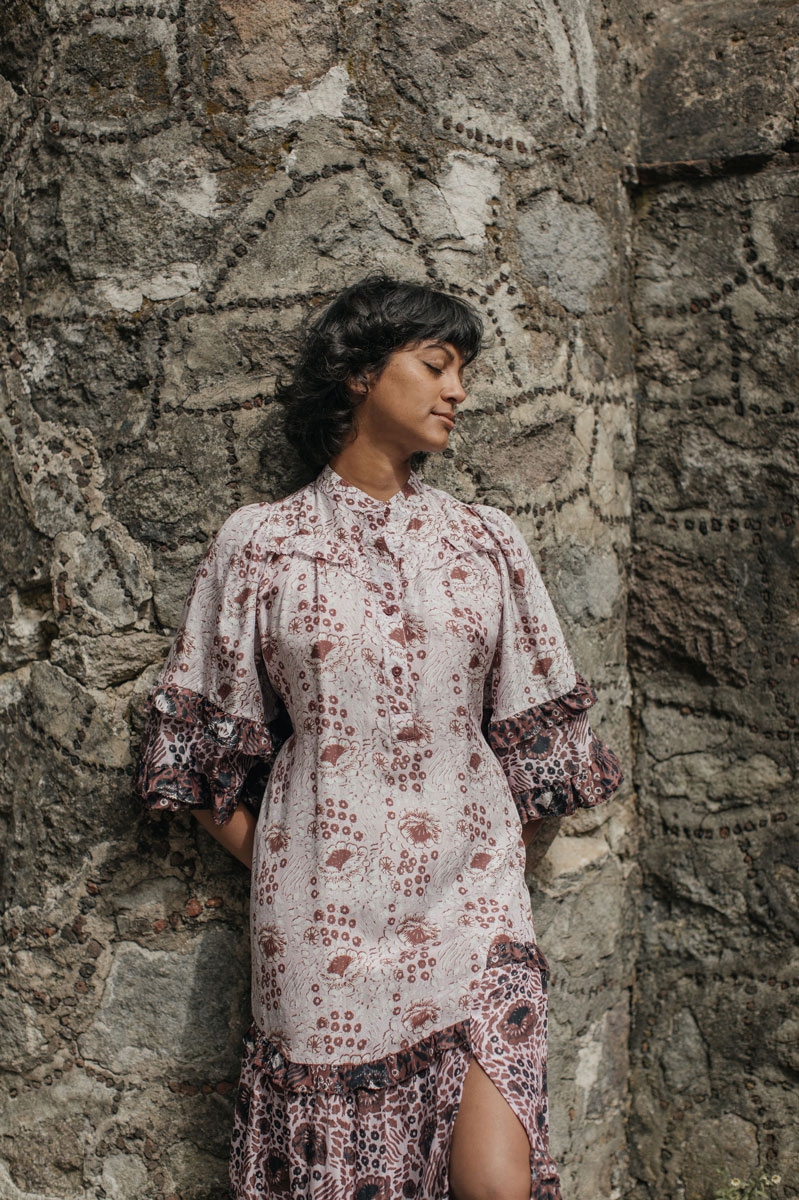 If imploding a successful life can be considered a radical form of self care, consider Lavanya Mahendran’s year. Lavanya was a senior global policy advisor for Google, and a former social worker and high-octane litigator, when she decided to give in one day to the feeling of “being uncertain.” She let go of a beloved apartment and “the objects she felt had protected her,” and set off with only the loosest contours of a plan: that she would travel for one year. She wondered, she says, what it would mean to be driven not by external validation but by her own pace.
The result, 11 countries later — with stays that started as weekends and turned into months — has been less of a revelation than an acceptance: that the answers might not, might never, come to us. “I really believe that I don’t know,” Lavanya says. “I thought a year of solitude and adventure would give me clarity on the kind of life I wanted, and it did not.”
Instead, she’s been reading and writing every day towards a science fiction book. And though this doesn’t come across in an interview where she is tasked with supplying the answers, Lavanya is an exceptional listener. Once, sitting around over tea in my living room, right after she’d arrived in Mexico, I was complaining about an incident of bewilderment and miscommunication, and with a radiant calm she mused: Wouldn’t it be funny if you were the person you were trying to convince? I mean, wouldn’t it be funny right now if I were you, and you were me?
More of the thoughtful Lavanya, a day after we visit the former convent at Desierto de los Leones National Park outside of Mexico City, on the last stop of her yearlong journey away from home.
Interview and styling by Su Wu, Photos by Maureen Evans 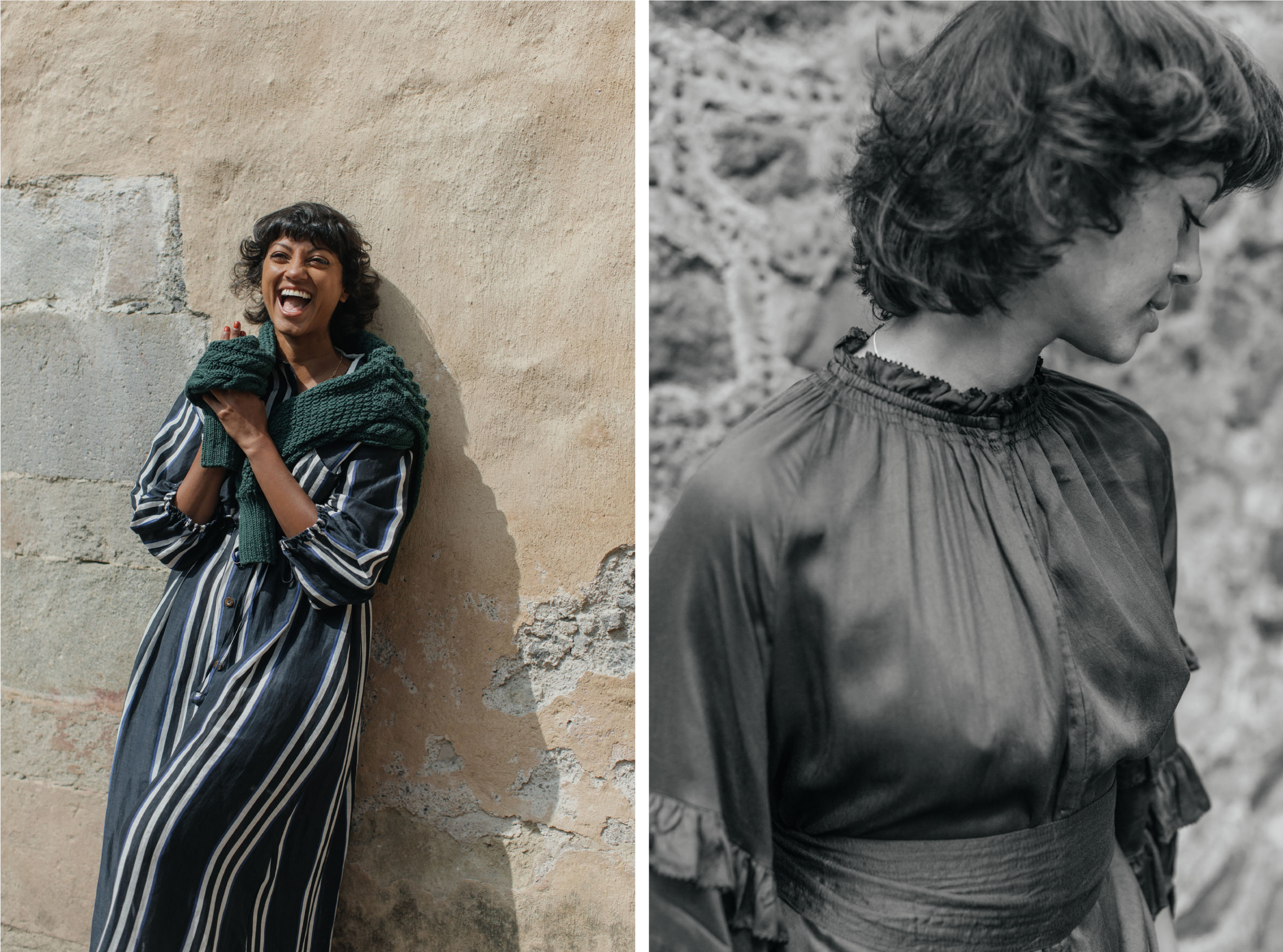 What has been a self-made milestone for you, either personally or professionally?
I had an uncomfortable moment at the end of 2017 because I felt that I had created a life that felt very safe to me. It was completely at odds with what I thought about myself. I had always considered myself an open person: open to the desires and dreams and powers of life experience. To think of myself as someone who was influenced by fear — I didn’t like to consider this possibility. But I was also fortunate that I was in a place in my life where this realization wasn’t debilitating. I could respond by saying, “What will you do next then?”
There is a beautiful line from the poet Kabir, “If you don't break your ropes while you're alive, do you think ghosts will do it after?” For me, most of my fears touched on outside expectations. Am I good enough? What will people think? It didn’t feel honest or productive, and I wanted to get past this way of thinking. For me, to take away everything that gave me security and certainty was the most honest way for me to address myself, because it made me feel uncomfortable. So I quit my job; I gave away all my clothes and furniture; I let go of my apartment.
I had one suitcase, and I picked one country: Morocco. I had no idea what would happen, but I said I would go on the road for one year. I ended up spending about a month in eleven different countries — Morocco, Senegal, China, Sri Lanka, Italy, Mongolia, France, England, Kenya, Indonesia, and Mexico. 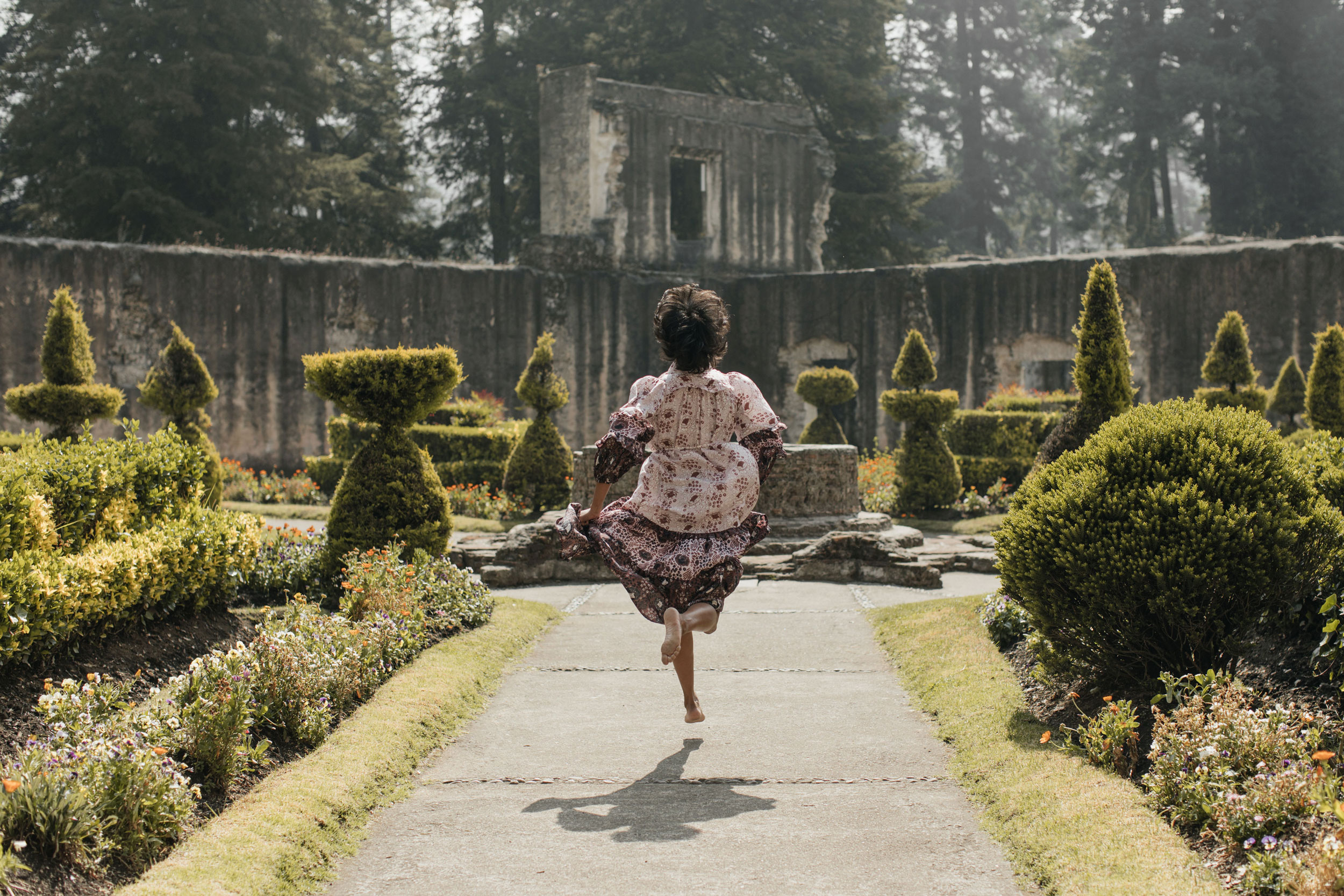 How has this year offered you space to explore or work through ideas?
I think one of the most startling lessons from the year is how much I enjoy living from a position of “I don’t know.” I was raised to think that having a plan, having a fixed opinion or identity is important. For me, it began to feel like flying once I accepted, “I don’t know what is the best way forward, but let me try.”
By the second month, I realized that after adopting a perspective of “I don’t know, but let me try,” I started to see differently. Places and experiences, but most particularly people. And I was having many experiences that were forcing me to look at myself differently as well. What was possible? What were my values, what were the values of the people around me?
When you are frustrated or lonely, it is lovely to realize that you can keep going, because it is temporary. And then it becomes interesting.
What does it mean to you to see?
Beliefs, social dynamics — they inevitably influence how we each see the world. Often times they can be helpful cultural shortcuts. But there is still a choice whether we should look further, or with more attention. When you meet someone as an unknown there is always the possibility of surprise, but before that there is a moment of, “It is not just about me going about this life, I see you too.”
When you travel it is very easy to recognize the differences among cultures, but humans are wonderfully similar as well. Most people like to be seen, to share time together without wanting anything in return. 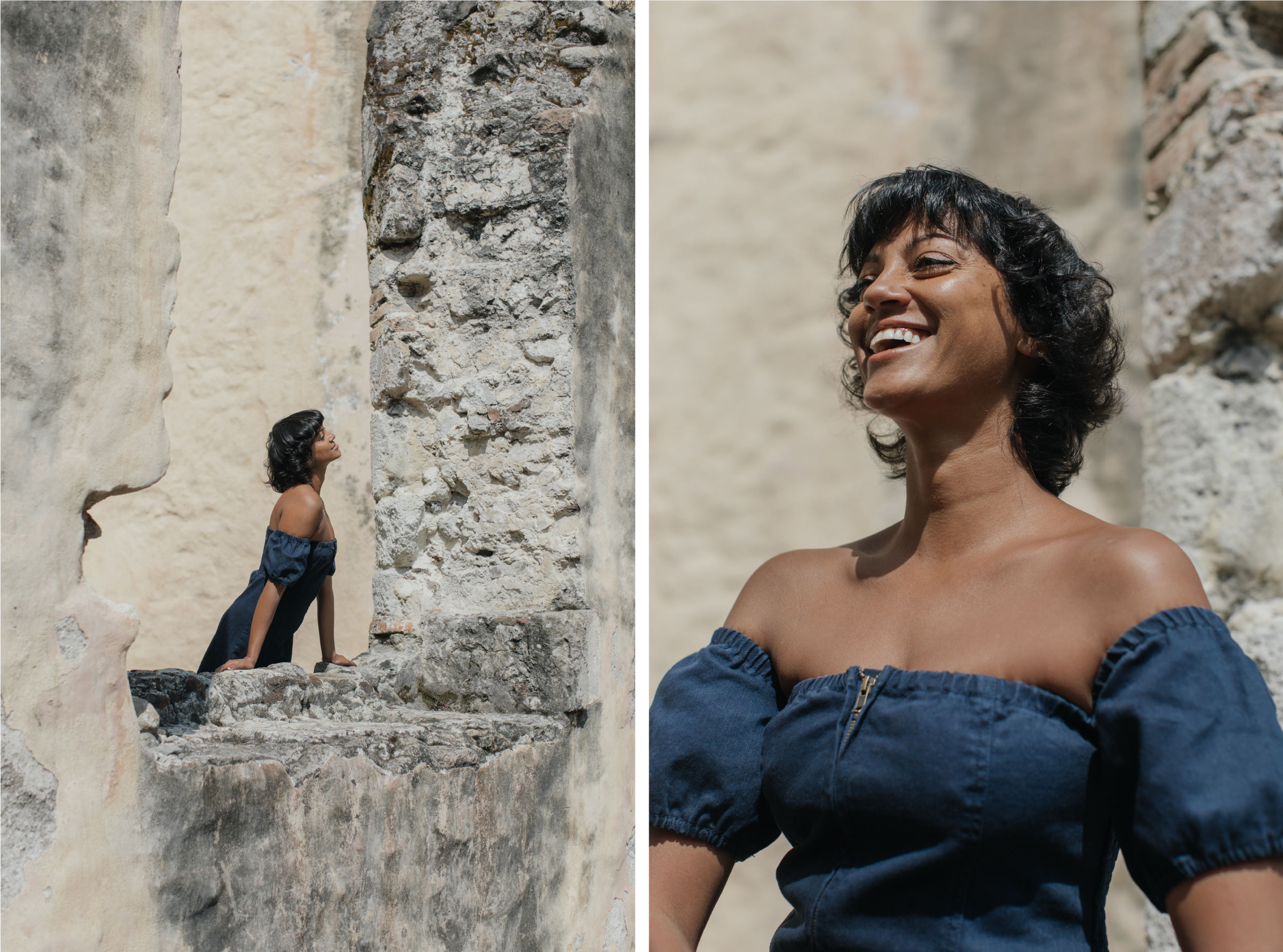 Could you talk to me more about your background in tech and law, and what drew you to those fields, and what space you might have found within those fields that you have carried with you elsewhere?
I grew up poor and it made an impact on me. I always felt I had to choose between my analytical and creative sides, and at first I chose the law. It was intellectually stimulating and empowering to understand culture and power through that lens. In tech I worked on the policies around artificial intelligence as well as privacy and user data, and it felt like important work. But it was only recently, when I started to ask if I was being honest about myself, that I realized that I was never going to just be a lawyer, or a social worker, or a writer. I wanted to be able to express myself however I wanted, without worrying whether I fit into someone else’s definition of success. There’s a difference between having drive and seeking approval.
What is something of your background that has contributed to the woman you are today?
I was born in Sri Lanka and immigrated to the United States as a child. I still remember arriving in the U.S. and how disorienting it was. It definitely influenced me. It was an early education in paying attention because there were so many things to look at. It taught me to go beyond whether I liked something to ask, “What is happening here, how is it different, why?” That’s still how I look at the world. 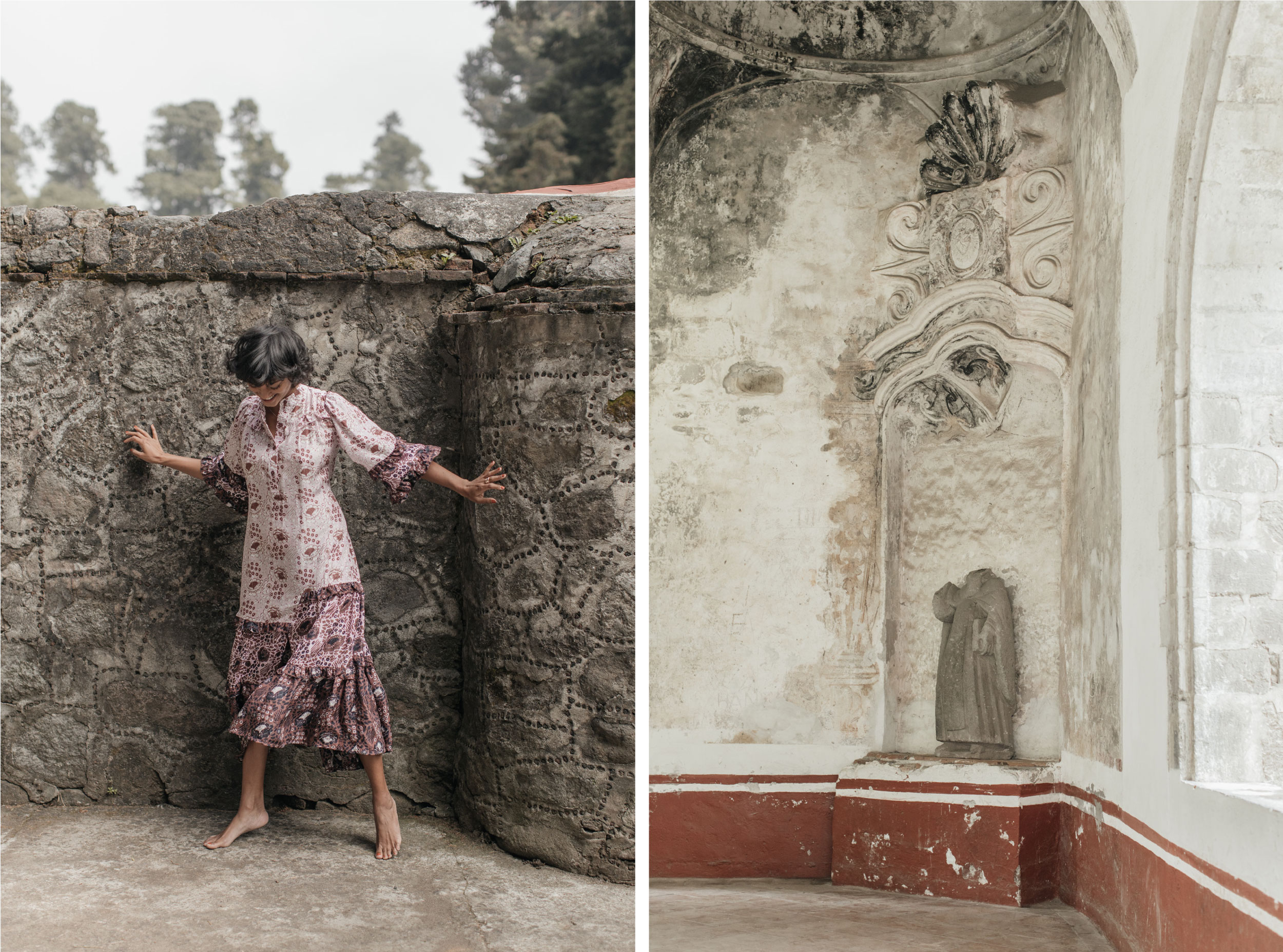 Was there ever a moment when you were traveling when you were afraid?
The countries themselves never scared me. The greatest moments of fear I experienced occurred when I was physically unwell and weak. When you are very ill and alone in a strange place, you feel a certain vulnerability. At one point I was on what should have been an easy two-day trek in China. But I was so sick I couldn’t eat any food, and I couldn’t sleep throughout the night. There was a moment  around 3 a.m. when I worried, wondering how the next day would go. But then you make it through and you think, “Okay I did that. Remember for the next time.”
There were also a few moments where I was hyper-aware that I was in a situation that was not ideal for a solo female traveler, but in some ways I was more prepared for that. I was always able to think calmly on how to get to a more comfortable, safe location.
Now that the year of travel is coming to an end, what did you want from the trip and how did that change as you changed?
I thought a year of solitude and adventure would give me clarity on the kind of life I wanted — and it did not.
I feel good, because instead I learned to put less value on what is happening than how I behave as it is happening. I try to commit myself honestly in the moment, and to accept that I will surprise myself over and over again. That you might surprise me, too. 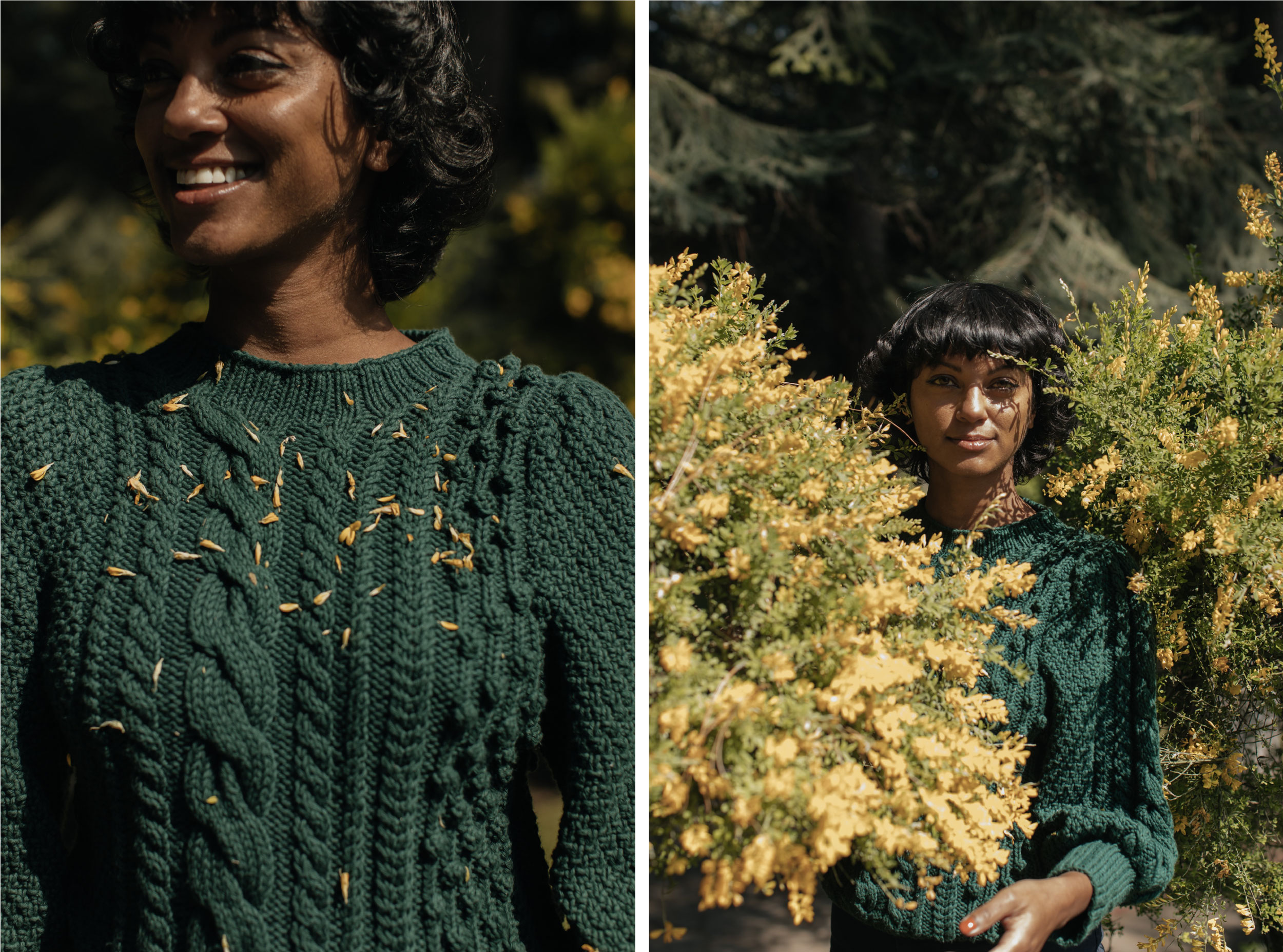 What have become your travel essentials?
A journal, e-books (I never thought I’d succumb!), a loose dress, comfortable jeans, mascara, a Polaroid camera.
I give Polaroids to people I meet; it’s lovely to be able to give something personal and unexpected. They are interesting because they are so flawed that you end up with more of an emotional memory. Instead of a perfect reproduction they are the suggestion of a moment.
What is a book that you like to recommend, and why?
I re-read Marilynne Robinson all the time and I always recommend her work to others. She makes me think of grace as a capacity for change, the hope in it. During my time on the road I also read Walt Whitman’s "Leaves of Grass" because he always teaches me to delight in the details of a day.