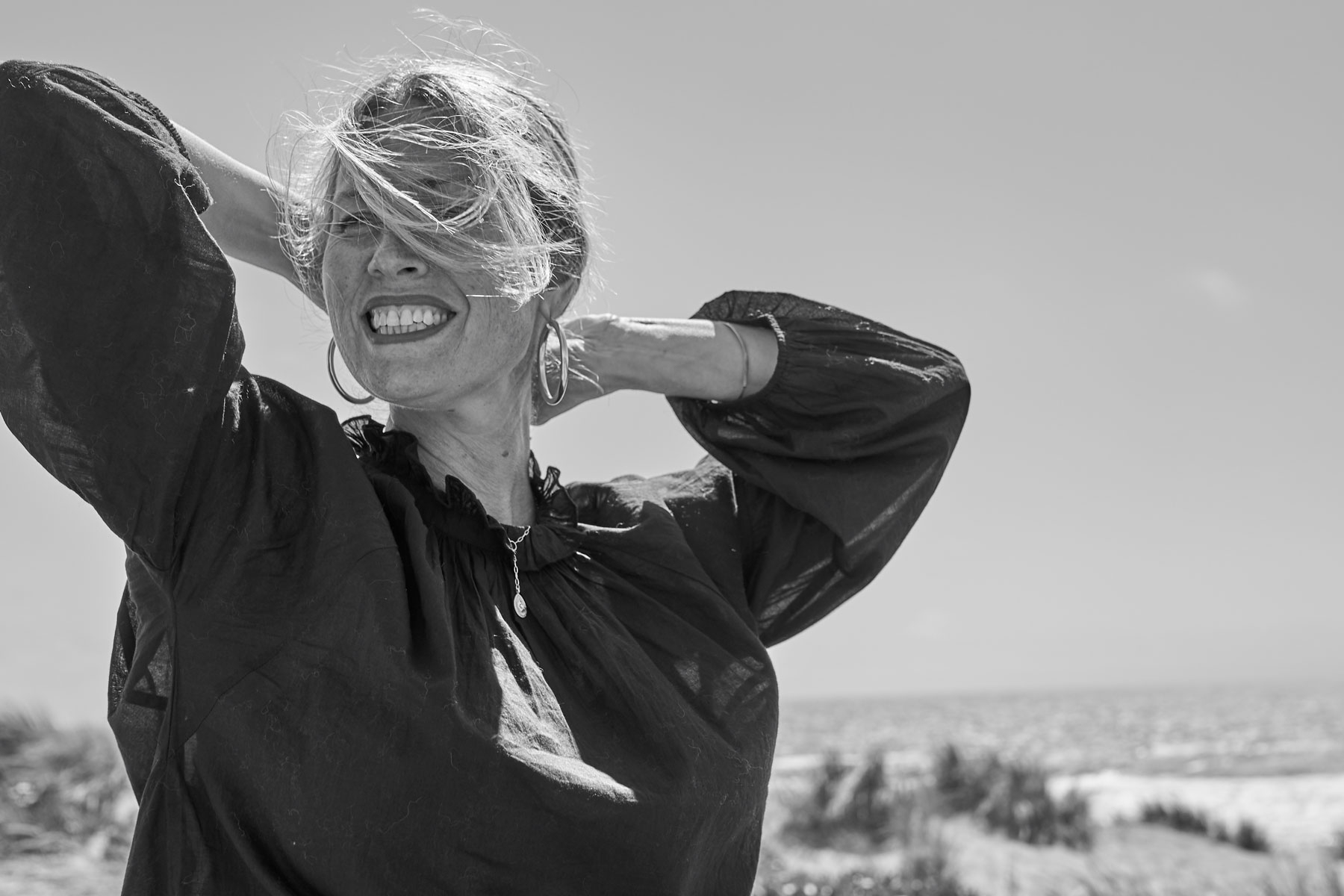 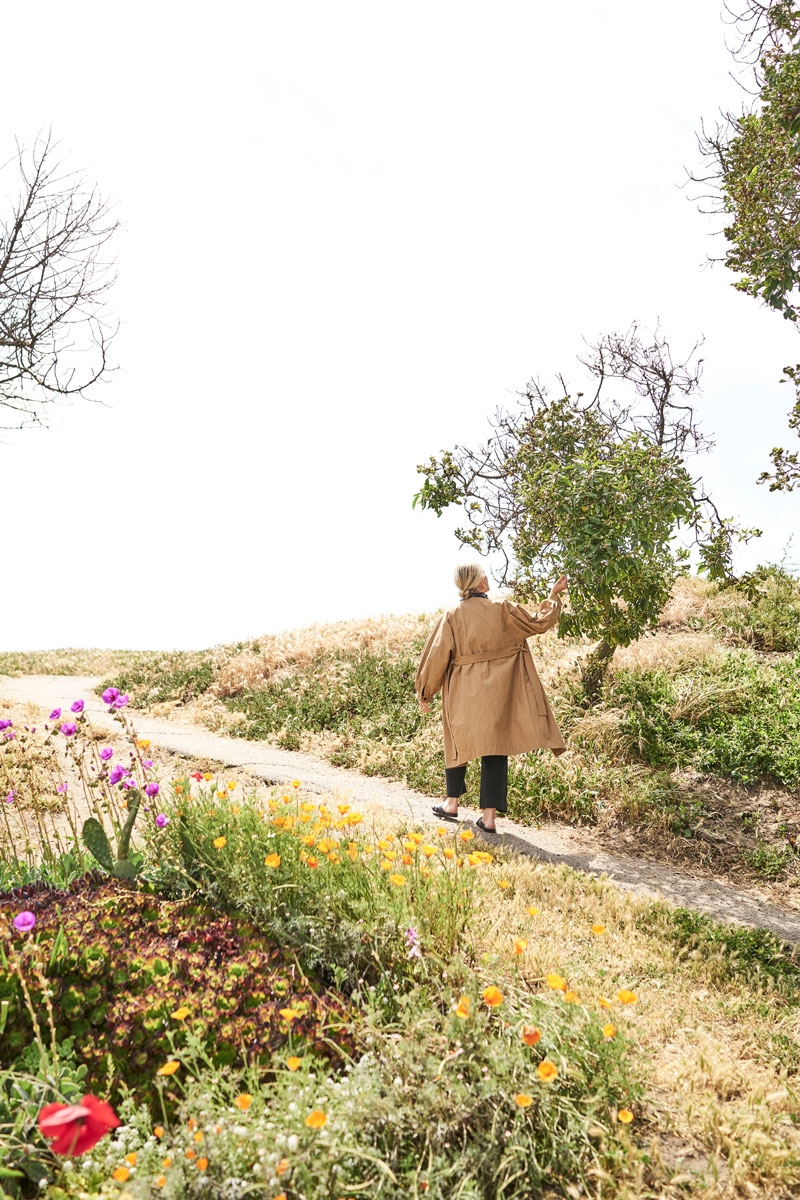 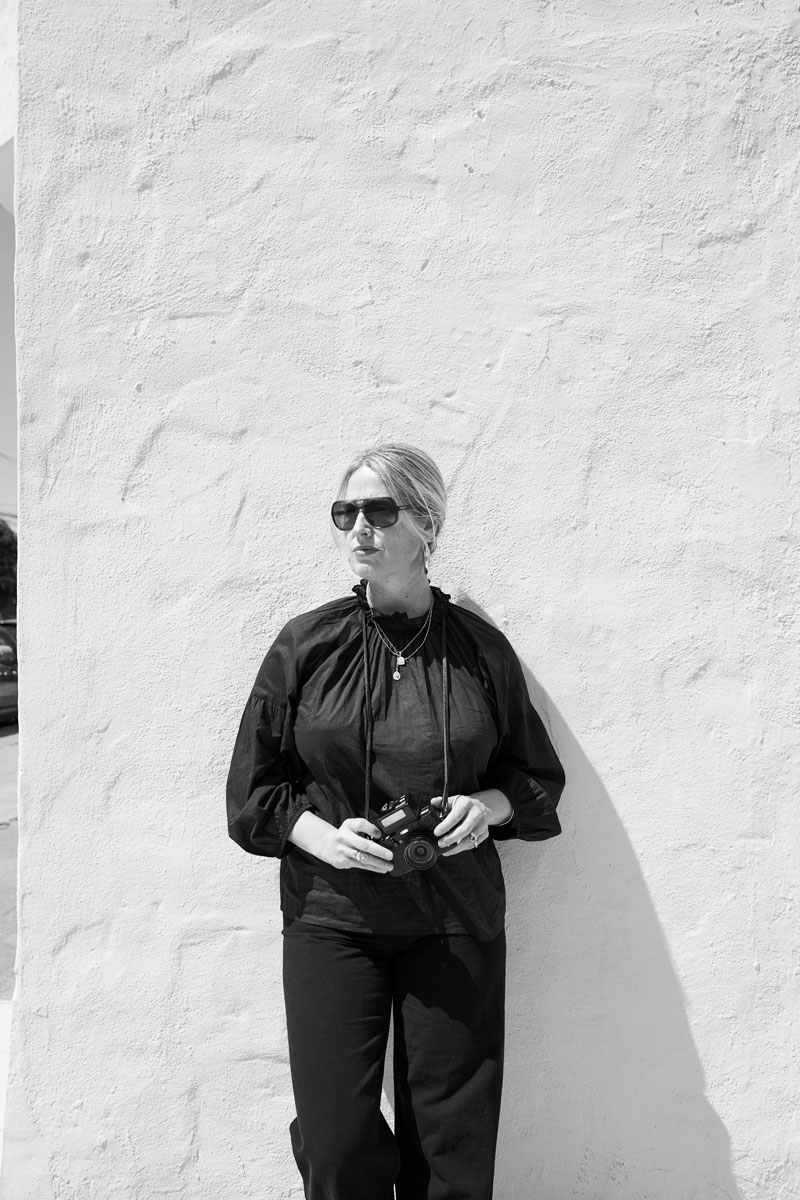 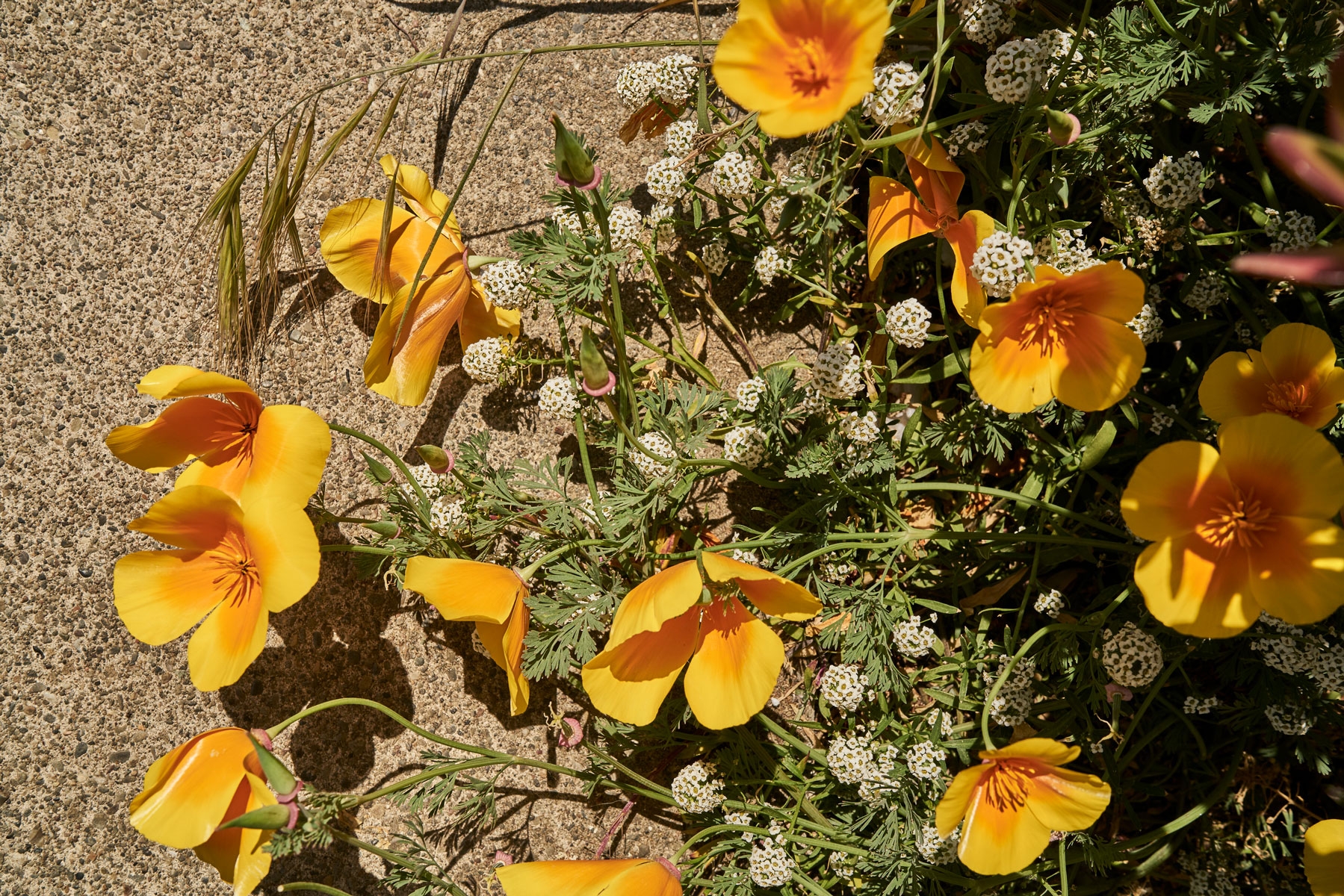 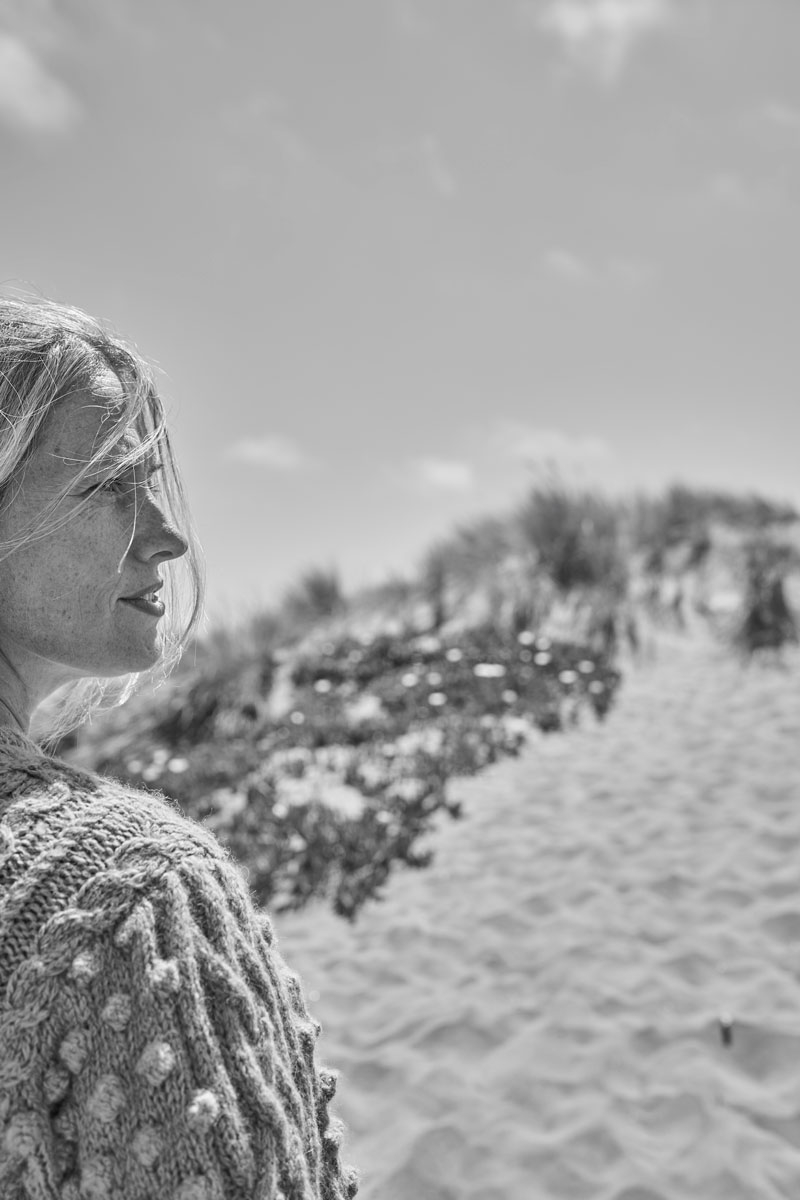 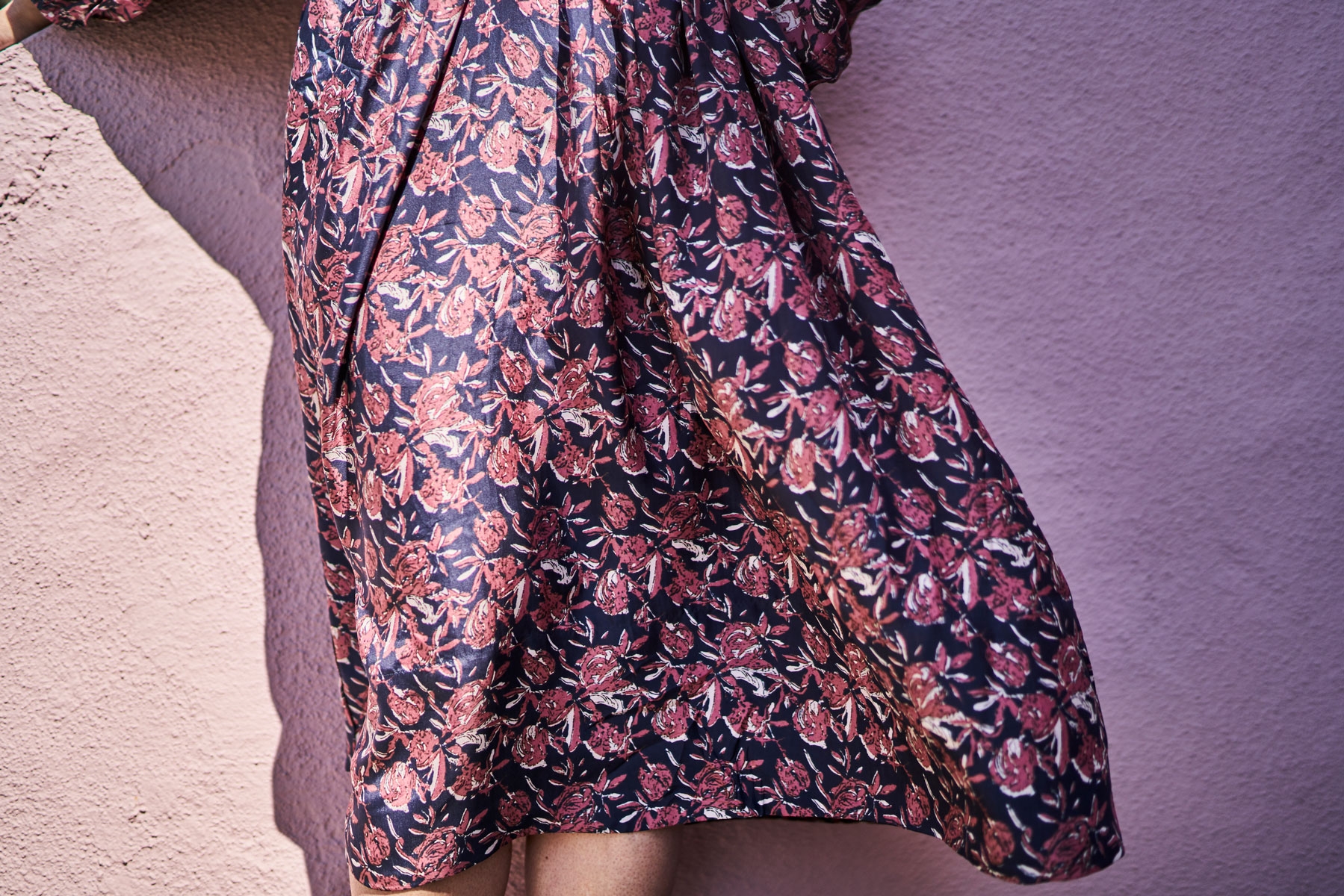 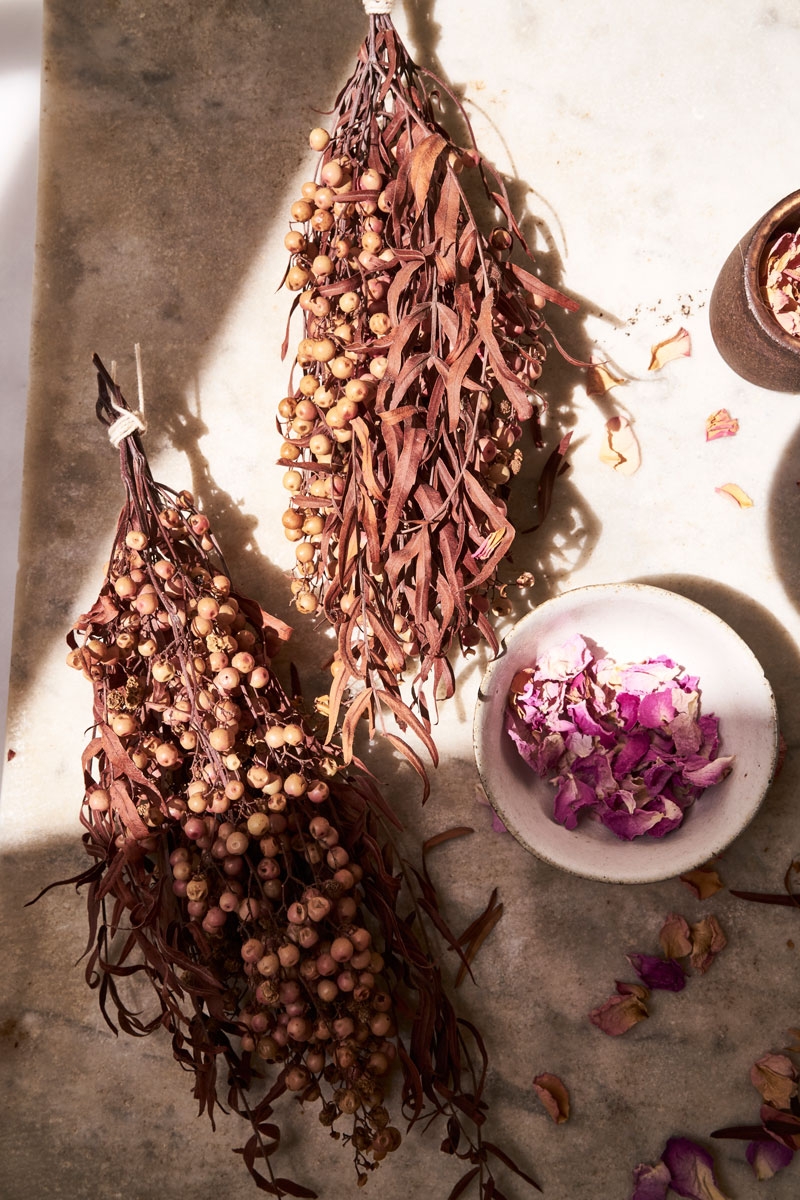 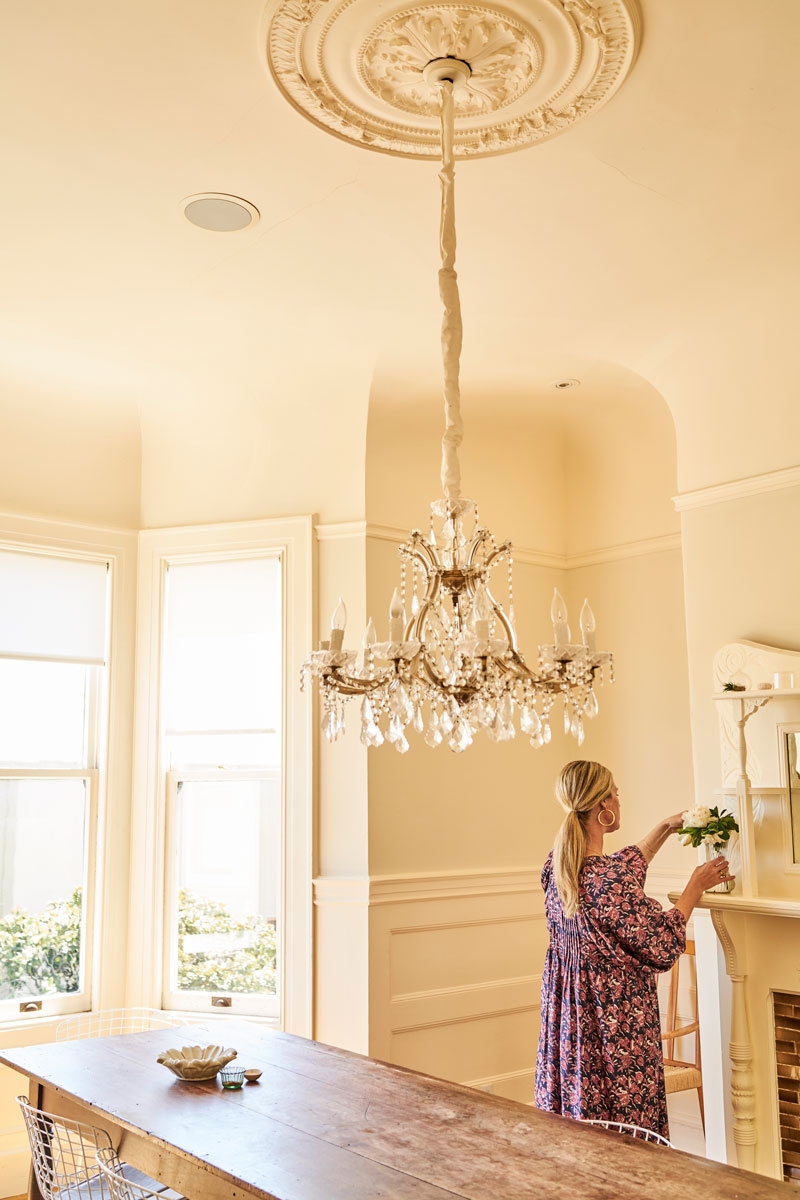 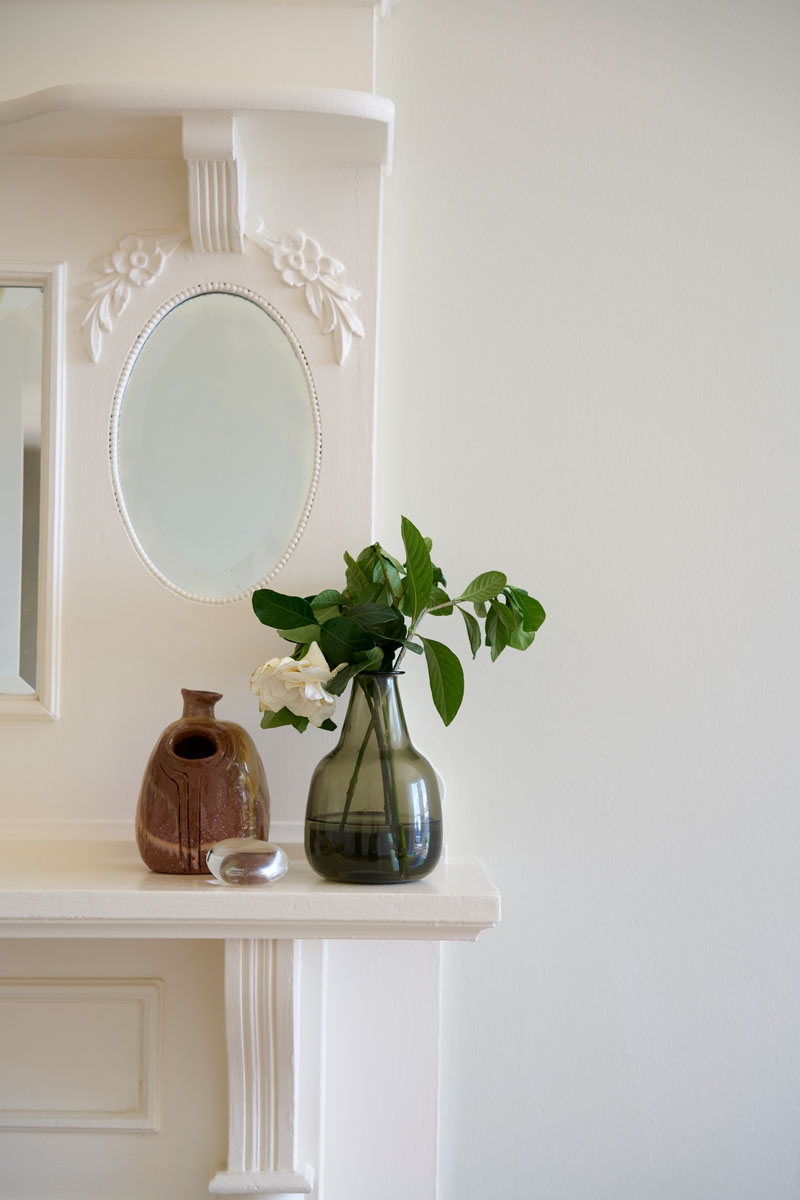 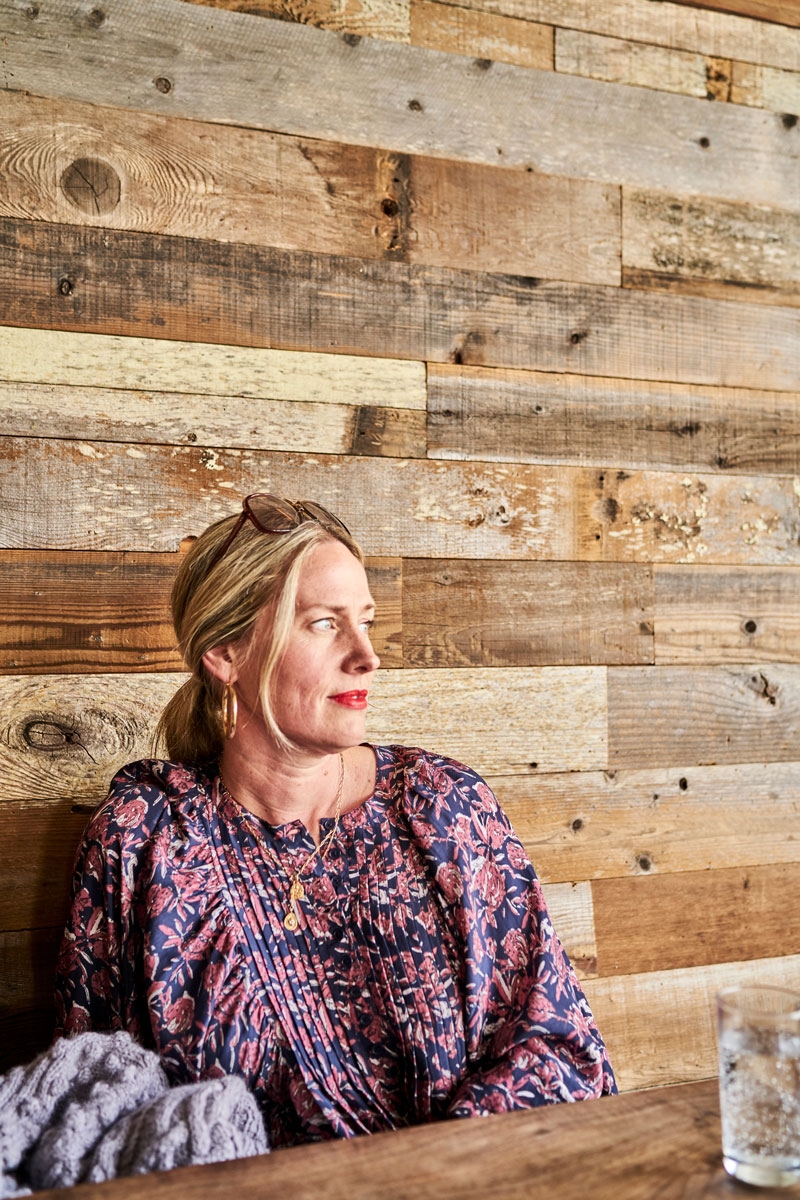 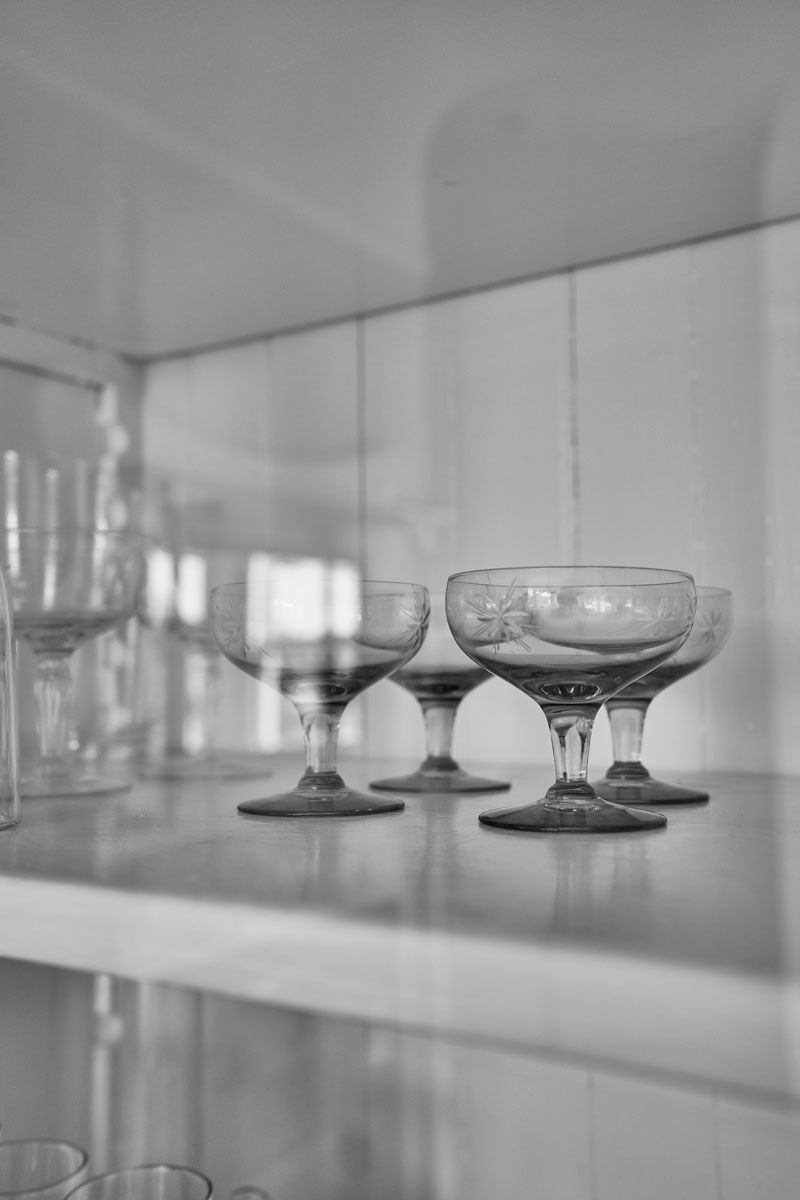 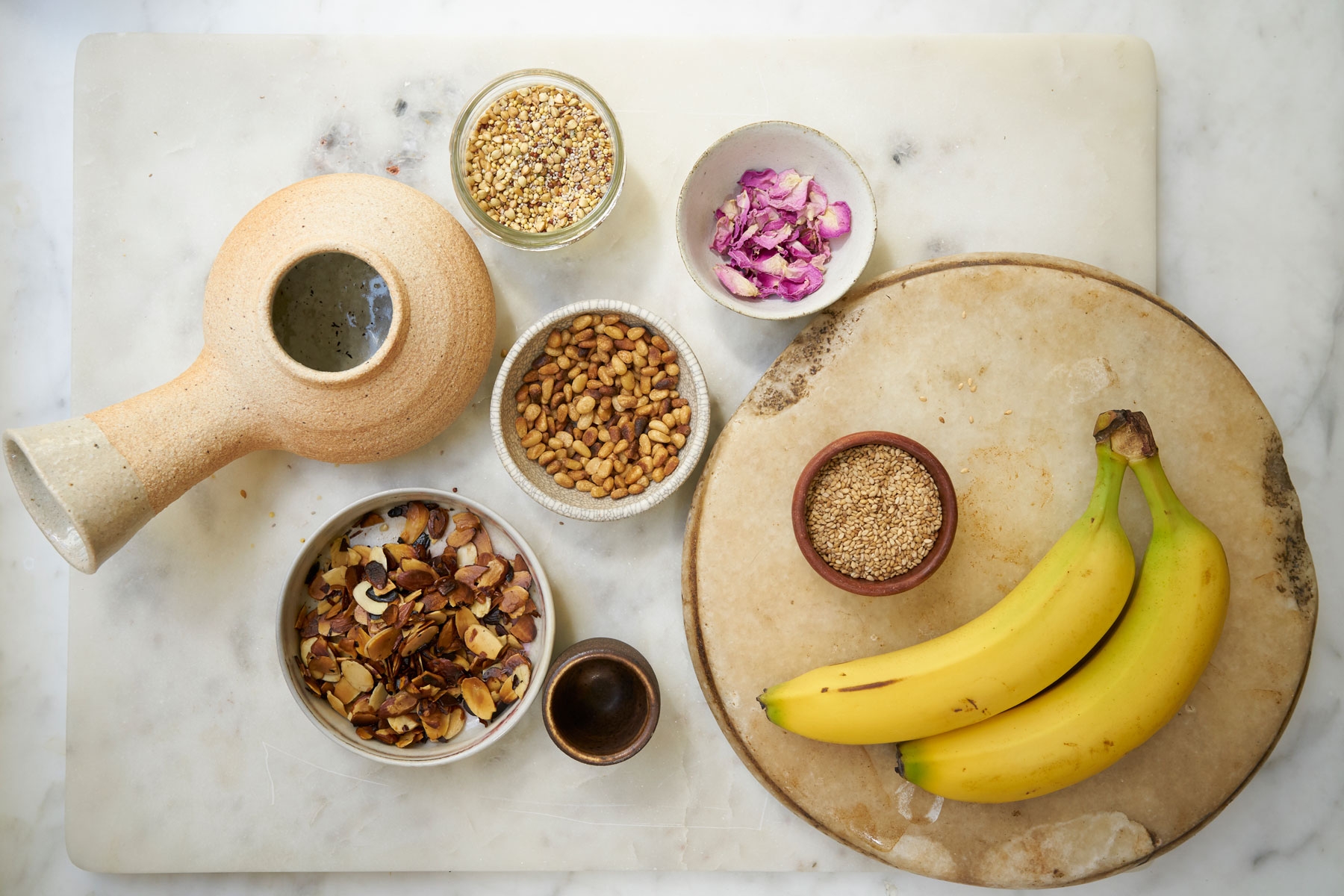 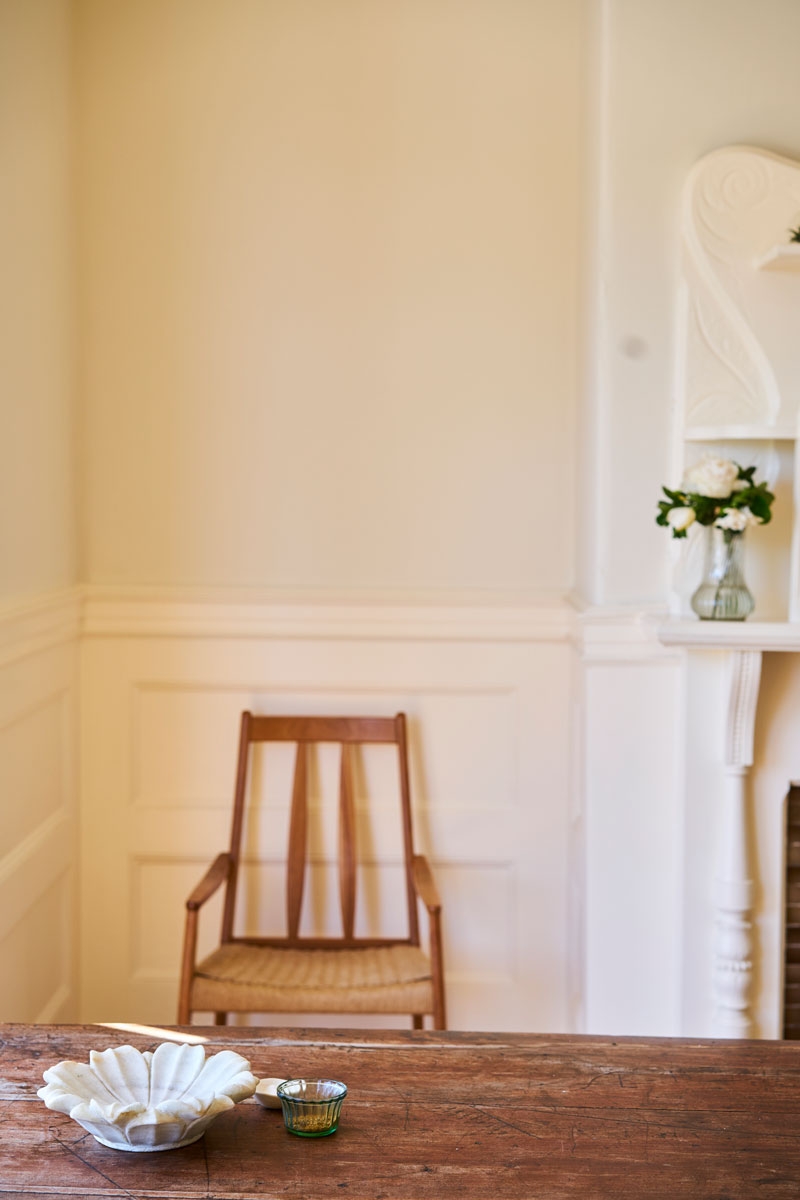 Describing someone as a genre-defining food blogger, recipe developer, and photographer sounds dauntingly impressive ... and yet for Heidi Swanson, it's actually only telling a part of her story. Fifteen years ago she found herself amid a creative lull between jobs — the outlet for her energy would become 101 Cookbooks. A food journal chronicling her take on seemingly simple, wholesome vegetarian recipes, the site evolved into a series of books, and her ongoing narrative on cooking has made her one of the well-known food writers online.
What sets Heidi apart is her approach — she thinks like an artist, finding refinement in simplicity and pairing unexpected combinations of flavor, color, and botanical texture. Plums and Thai basil. Coconut and goji berry. Infused saffron. Her blog feels like an ongoing study in never adhering to any food "rules" — anything can be the starting point for a recipe, be it a vibrant yellow heirloom tomato; a blistered peanut snack first tasted in Mexico; an oddly knobby little Makrut lime; a beautiful vintage brass cake server from Jaipur, unearthed amid travel. It's a reminder that curiosity can be our biggest strength. We visited Heidi at home in San Francisco for a conversation on down-to-earth self-care, showing up for yourself, and being humbled by love.
Photos by Andrea Gentl, interview by Leigh Patterson 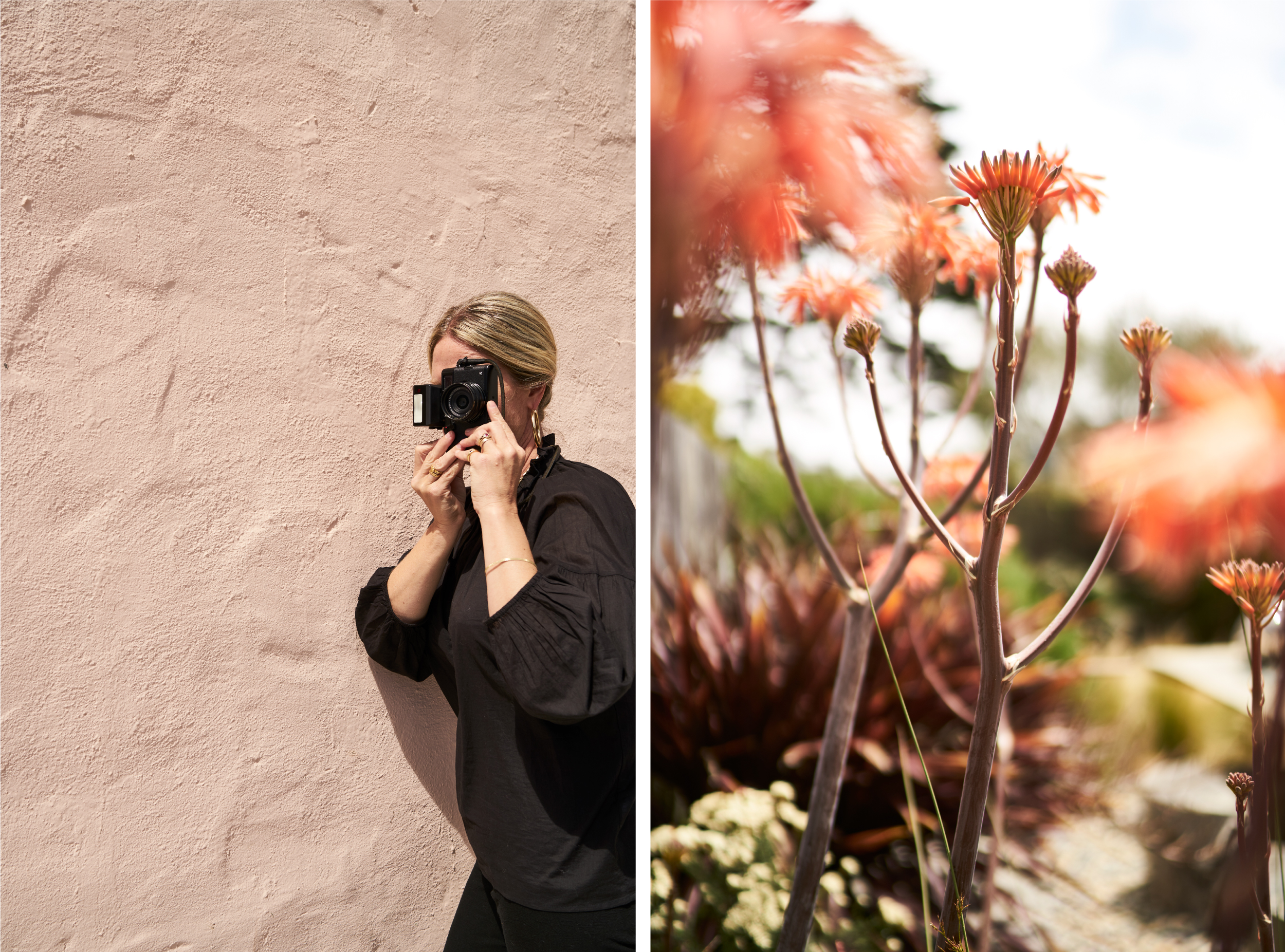 Can you share more about your background and upbringing? What has been most impactful in contributing to the woman you are today?
A lot of who I am comes down to place, family, and love. I grew up in the foothills of the Santa Cruz Mountains, between San Jose and the coast. That area is considered Silicon Valley now, but I didn’t think of it that way when I was young. In the 80s and early 90s the area I lived was sort like the town of Agrestic from Weeds meets the United Nations. My high school was such a mash up young people — all manner of socio-economic, ethnic, and religious backgrounds. I loved it. I realize now how fortunate I was to hear friends talk with their grandparents in Farsi. Or, to eat the most fragrant, flavorful meals cooked by my friend’s Vietnamese mother. It was that, and beach bonfires, and tennis clubs, and clove cigarettes, vintage Broncos and Land Cruisers, and hanging out at surf competitions and reggae concerts. West Coast California and all that goes with it.
Over the years our neighbors increasingly worked for companies like Atari, Apple, HP, and the like, and there was a general rogue optimism about the future and what was possible. My mom and dad both worked from the time my sister and I were young. My dad grew up in San Francisco’s Hunters Point housing projects, moved south to Mountain View as a teen, and eventually owned an insurance agency. My mom was the daughter of a U.S. Forest Ranger in Idaho, and was stationed in all sorts of beautiful rural outposts in her youth. She became a medical technologist. They got married, bought a VW bus, drove around Europe, and the pictures are some of my favorite possessions. In short, they did things, went places, skied mountains, camped, bought a boat, and when my sister and I came along, they took us with them.
Dinner was a constant. My dad would come home and cook for us nearly every night. He was an enthusiastic home cook, and would take classes at the local junior college (Chinese Wok Cooking!), and watch PBS cooking shows religiously. We would sit down at the table every night, a ritual that helped me understand the importance of sharing the table as a family. I would smell the onions sautéing before I opened the front door, and it was the sort of welcome you feel in your bones – dependable, regular, and supportive.
When I really think about it, the thing that has impacted me more than anything is the amount of love I’ve received in my life. Just straightforward, uncomplicated, unconditional, unabashed love — from the time I was born, throughout my life. It has afforded me a sense of security, warmth, and stability that permeates how I move through the world. It is all the years of love from my mom and dad, from my sister, from Wayne, from Metne — it forms my creative and emotional foundation, and I am so grateful. I think about others who might need more love, or support, or a boost, and I try to offer up as much of the goodness, and openness that has been offered to me to others. 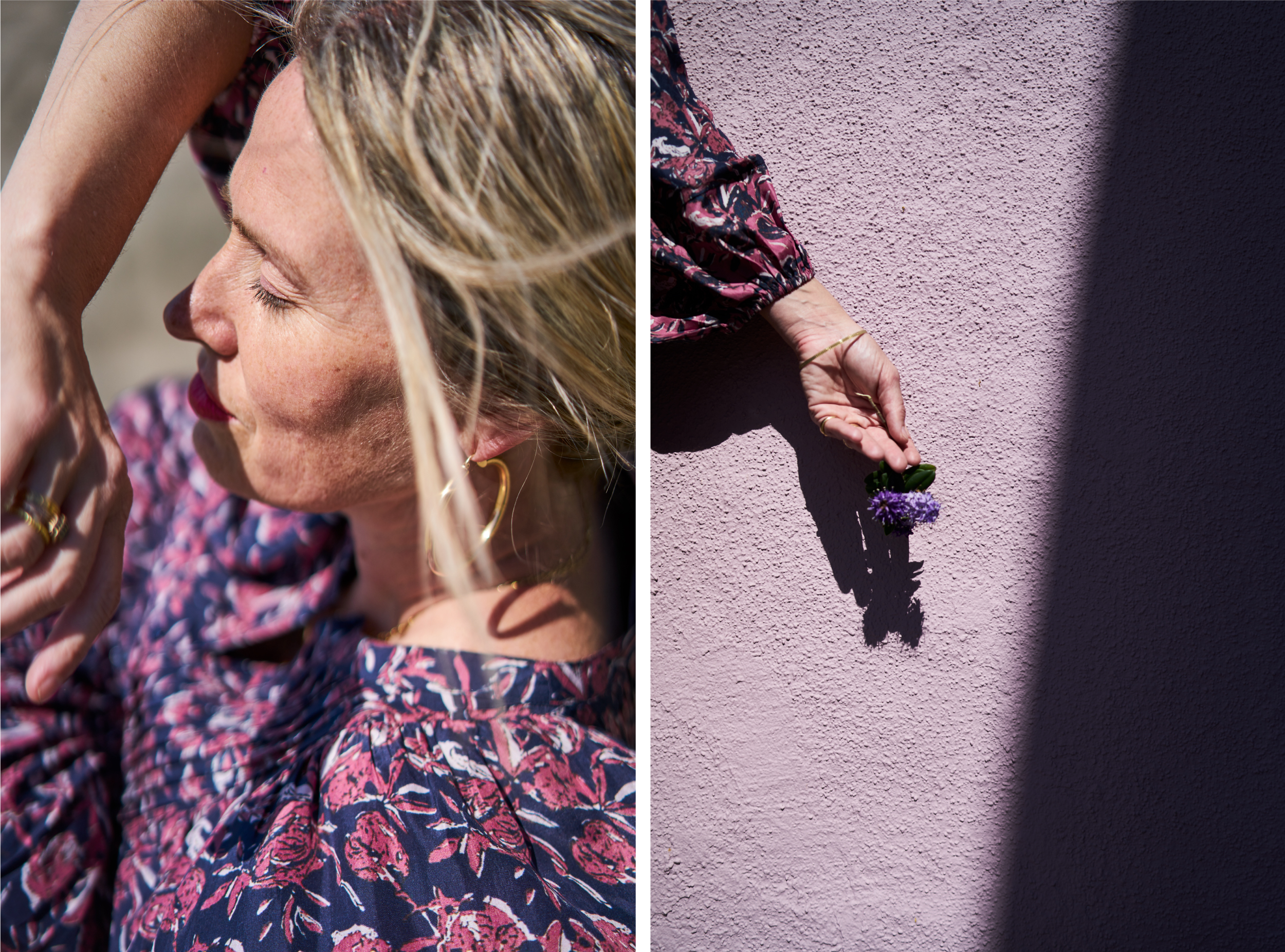 What has been a non-obvious turning point for you (either personally or professionally)?
I never expected to work in the culinary realm. I studied art, photography, and media in college. I went to work for a magazine shortly thereafter, did the whole dot-com start up thing after that. But my life felt really out of balance, and I decided I needed a reboot. I quit my job, went freelance, and started cooking a lot more. I think I was 29 or 30 at the time. I had a lot of cookbooks that I loved to browse. There was lots of browsing, less actual cooking. Then, as a creative exercise, I decided to install one of the early blog platforms on my server, and started to keep a recipe journal – as an incentive to cook more. Also, at the time, following a recipe felt centering and doable, when all sorts of other areas of my life were up in the air. That was in 2003, and it planted the seed that would grow into a completely different career writing cookbooks and being part of the culinary community.
There is so much I could say about what I’ve learned from regularly contributing to 101 Cookbooks for 15 years, but I’ll choose one thing: The practice of regularly putting yourself out there is powerful. Learning in public is a great teacher. If you do your best every time you show up, and if you don’t let imperfection be a deterrent, you’ll improve every time.
Unexpected pairings. I love learning how others think about combining things in unexpected yet delightful ways. What comes to mind for you?
I feel like this is what I love to do most. Unexpected pairings are the magic wink. India Pale Ale and Calamansi. Kombucha and violet liqueur. Hummus made with black tahini and black chickpeas.
Or, another example - me and the Instant Pot. I remember when I first saw it, I was like, “That is absolutely not for me.” It’s yet another appliance that seemed to be used for lots of briskets and pot roasts. I’ve been vegetarian for 20+ years. But, once I stopped looking around at what other people were using it for, and started thinking very specifically about what it could do for me, many of my favorite recipes of the past year came out of it. So yeah, whether you’re mixing a cocktail, mapping out the photographic pacing of a cookbook, playing around with the session flow for a conference, or making a playlist for a dinner party, moving the puzzle pieces around in unpredictable and creative ways is where a lot of the pop comes from. 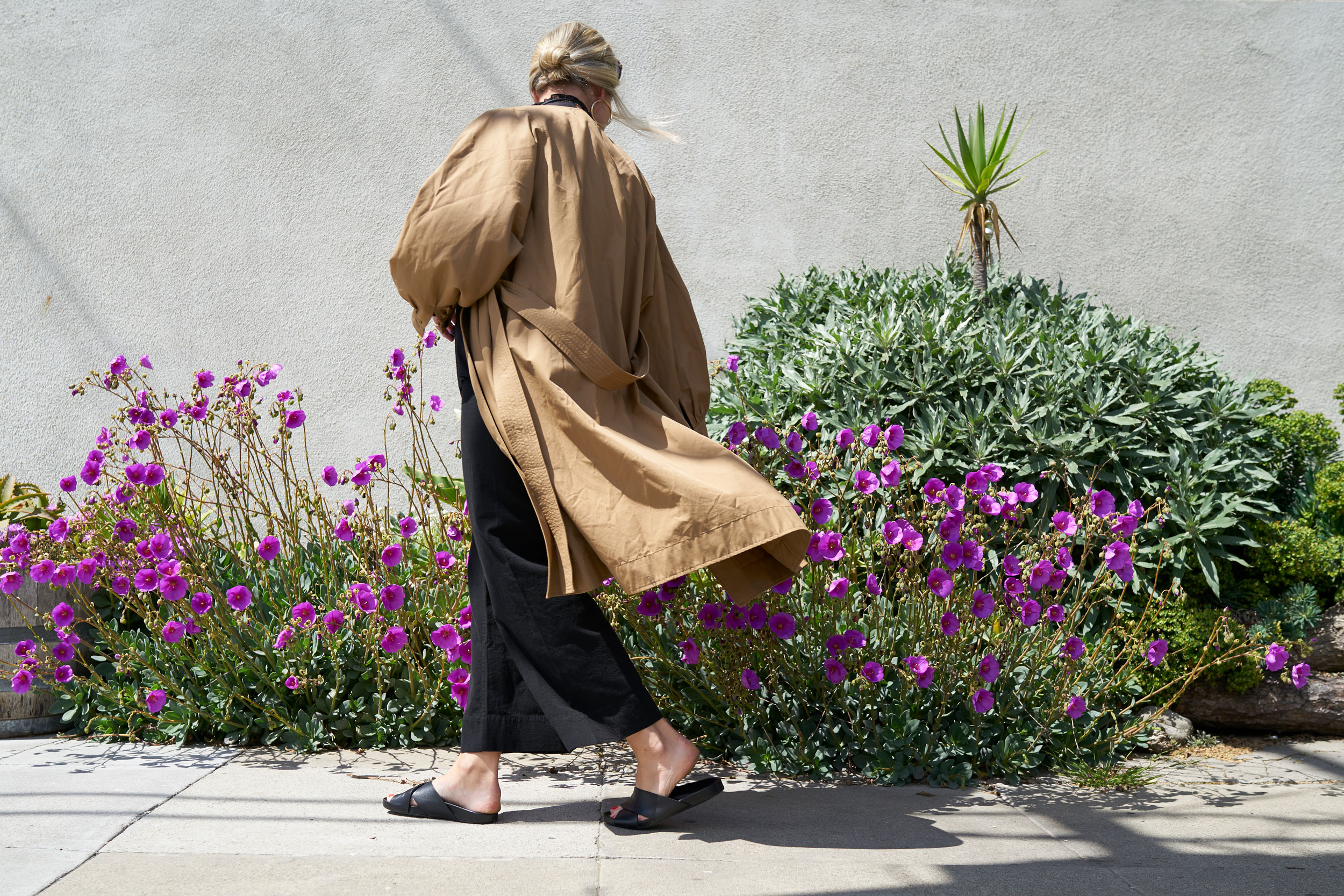 What's a personal mantra, quote, or theme(s) that has/have been recently relevant or particularly significant to you?
Another foundational person in my early life was a woman named Alice Metlar. We called her Metne, like met-knee. Because my parents both worked, she would come to our house each day to take care of me (and eventually my younger sister). This was from the time I was six months old. But, get this. She was born in 1899. Not a typo. She was an orphan in San Francisco, and survived the 1906 earthquake. She was 74 when we met, we loved her like family, and my young days with her helped set my personal metronome. She loved to knit and crochet, and taught us to do elaborate beading and braiding — quiet, peaceful handwork for hours. I still love that feeling, and find it most often now when I’m preparing ingredients, and cooking.
We also have a few sayings we reference around the house:
- Be nice to your future self.
- Tiny victories.
Do you have any rituals, disciplines, or self-care practices that help center you?
Longest walks, hot baths, fresh air, herbal teas, eating good, vibrant food, yoga, travel.

I also love cooking in clay pot donabe. Cooking in clay requires a different pace and mindfulness. The way the heat is dispersed through the vessels is less immediate and less responsive. You have to use your senses in a way that is much different than, say, cooking in copper or cast iron. You listen for different sounds, you dial the burner flame back, you adjust your timing. You have to be right there. 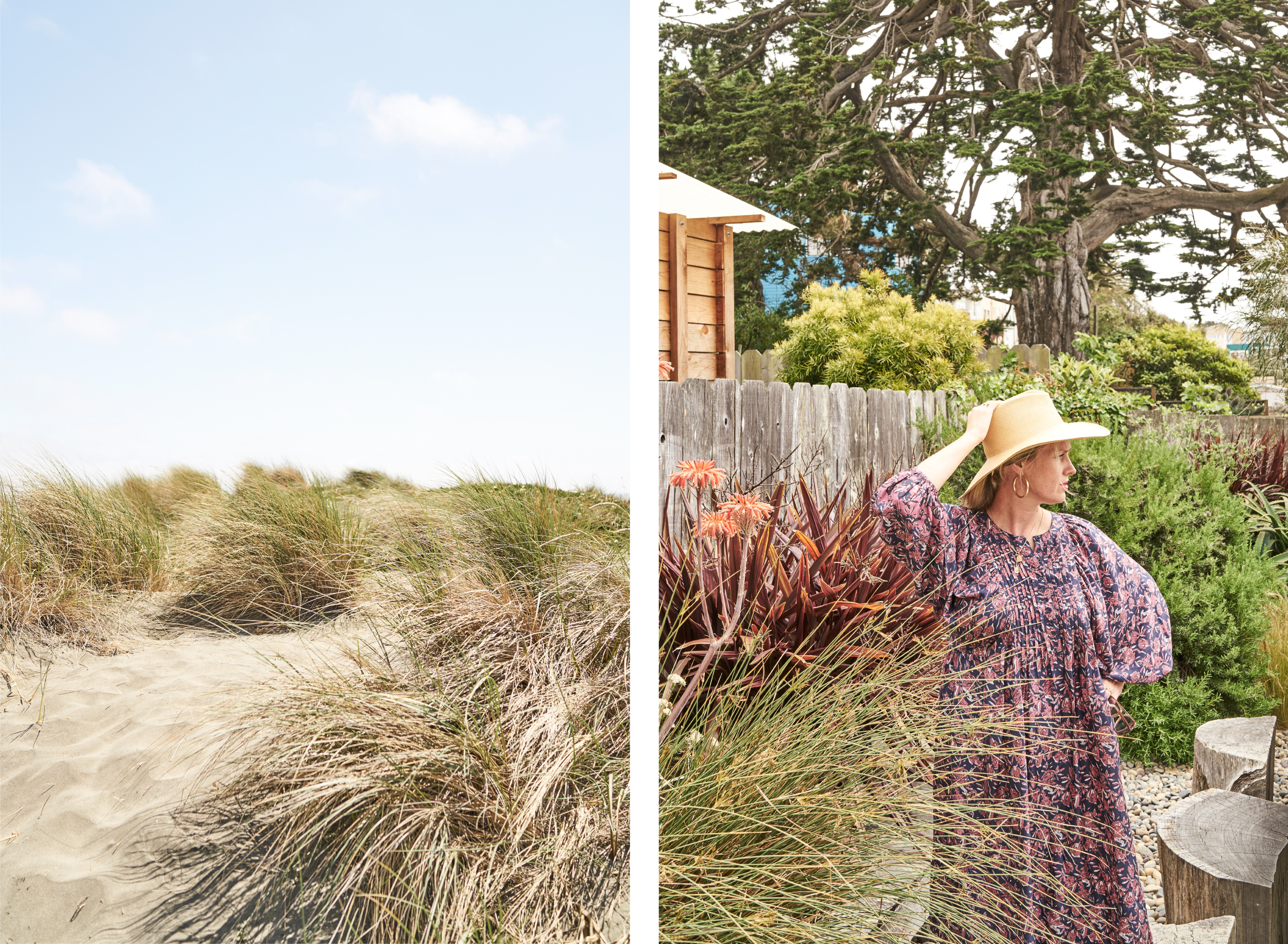 What are you reading right now?
"Eve’s Hollywood" by Eve Babitz
"(The Choke) The Age of Kali" by William Dalrymple
"The Comedians" by Graham Greene
What books do you always recommend or have perhaps given as gifts?
"Moro East" by Samuel and Samantha Clark
"High Vibrational Beauty" by Kerrilyn Pamer and Cindy Diprima Morisse