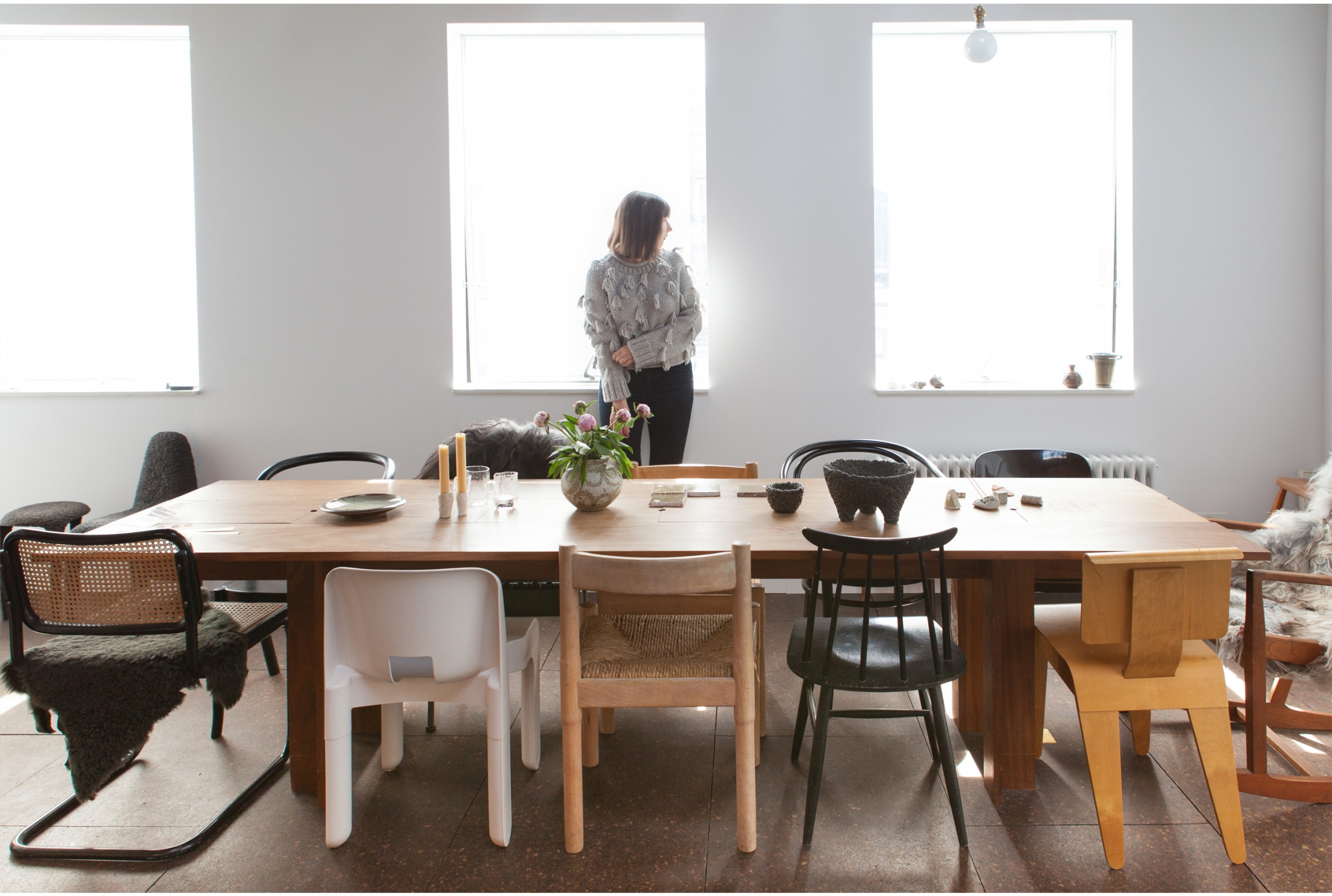 “Many pieces make up the whole,” London designer Gemma Holt explains, and though she’s speaking offhandedly, it’s a tidy analogy for the many elements that come together to inform her working process. Between working alongside acclaimed Italian furniture designer Martino Gamper and her own designs, Holt’s oeuvre combines careful studies of theory and form to create pieces that are quite simple; discovering the process that informs her elegant, beautiful jewelry makes them that much more rich. We visited Gemma at the home she shares with her husband—the designer Max Lamb—to discuss her process, inspirations, and current projects. 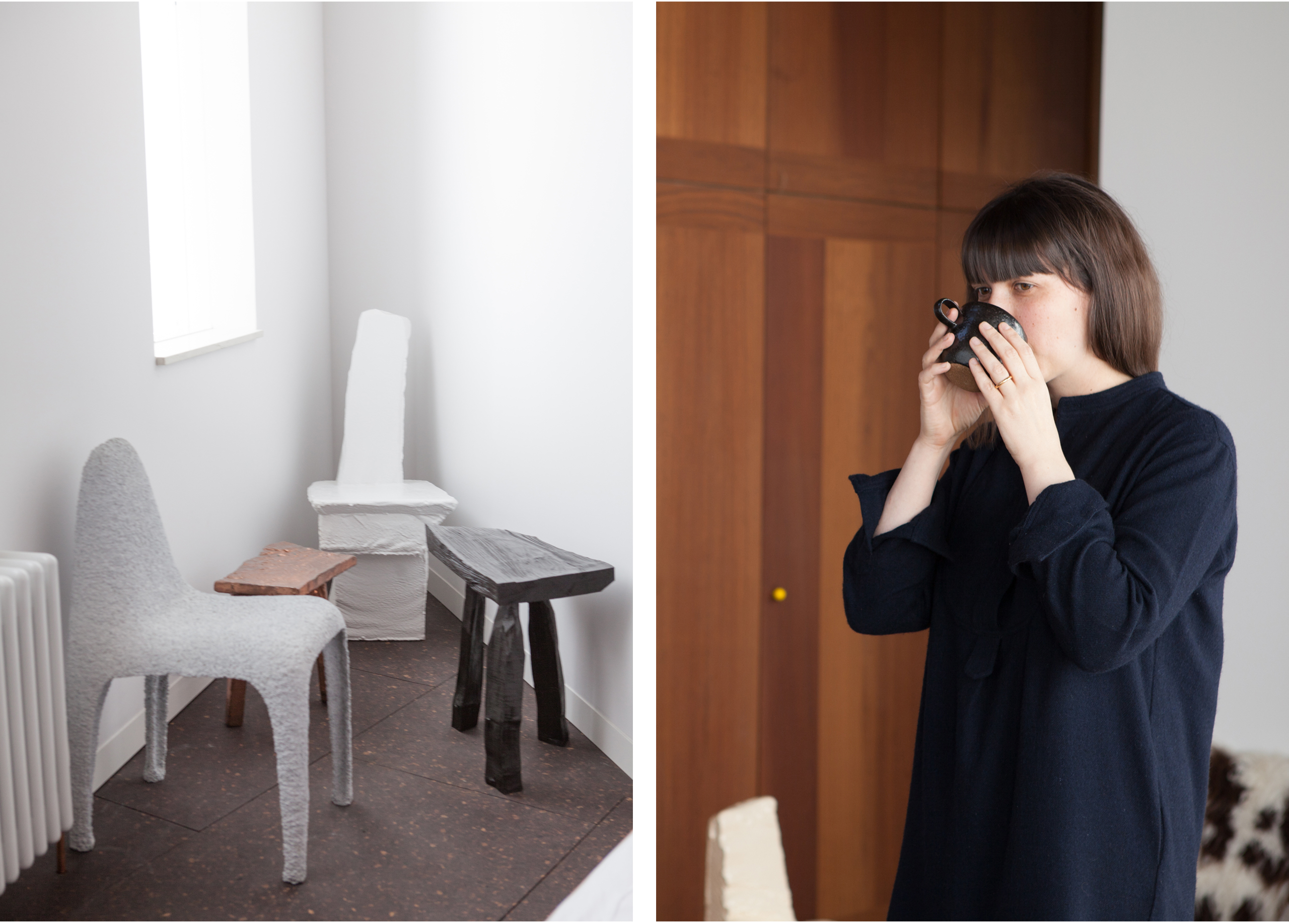 Gemma wears SAMARA SHIRT DRESS in navy wool.
First things first: how did you get to where you are now?
I studied a fine art course in Manchester before moving to London in 2000. After 5 years in London I studied Design Products at the Royal College of Art. This is where I met Martino Gamper, who was my tutor, who I now work with. And not forgetting it’s also where I met my husband, Max…Studying at the RCA was a turning point that led me to what I do today.
Much of your work touches on ideas of the ideas bubbling under the surface of minimalism — can you share more about saying more with less?
I think the word rational sums up the idea of my work better than the word minimalist. Working so logically you can create something with purity. 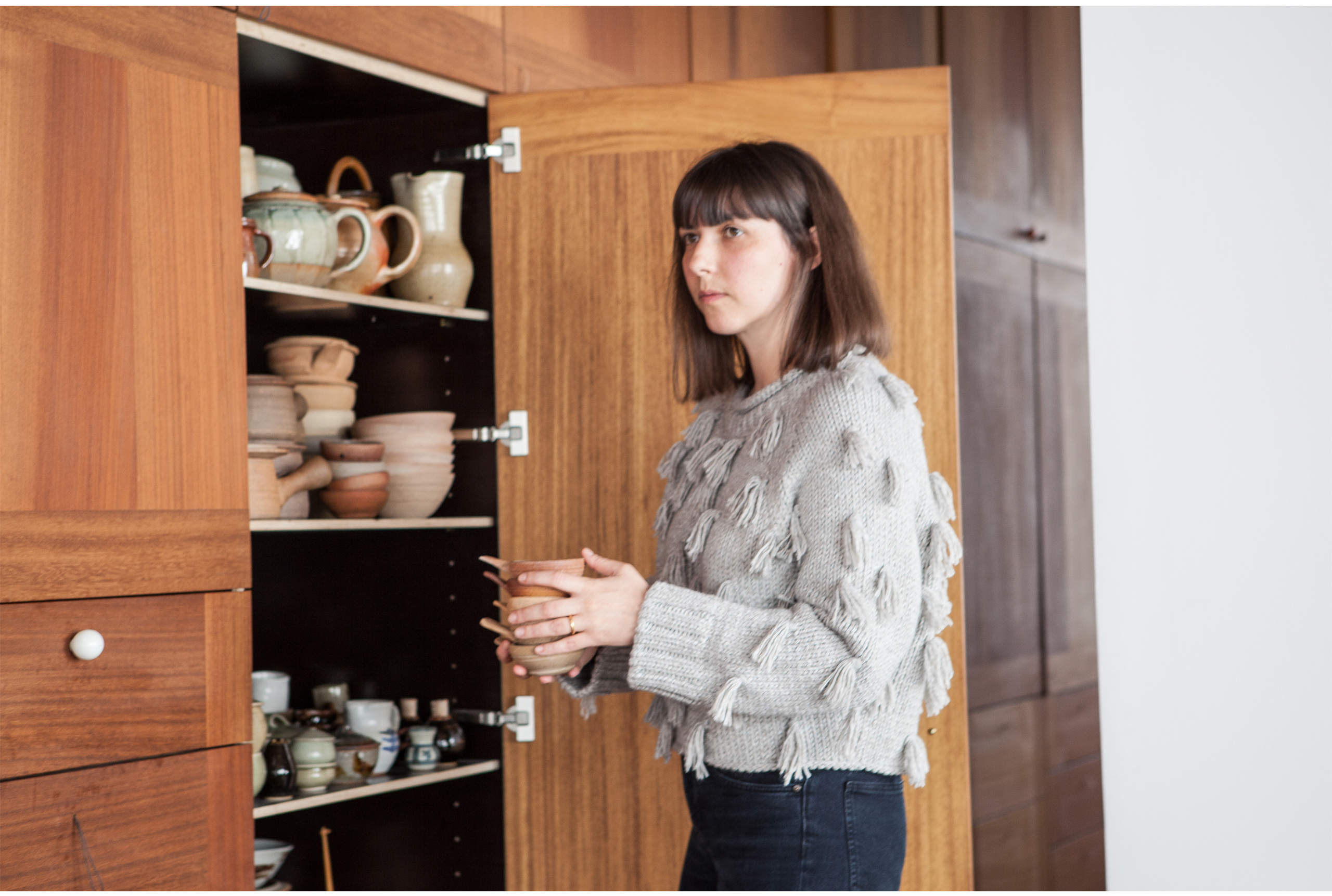 "I think the word rational sums up the idea of my work better than the word minimalist. Working so logically you can create something with purity."
You’ve referenced Bruno Munari as an influence — can you share any other artists whose work inspires you?
Intelligence in work is something that inspires me, a rigor in an approach, which is why I admire Munari. This same rigor can be seen in the British studio pottery Max and I collect and though it doesn't directly influence my work, the idea of repetition and form are of interest to me. People like Richard Batterham, who has been throwing the same strong forms for the last six decades in his pottery in Dorset are a massive inspiration.
Working with Martino is also a big influence: he has an immense generosity and a freedom of spirit that is infectious. At a time when design is primarily appreciated on aesthetics and functionality, Martino is more concerned with a wider context. He addresses how design can interact with our daily surroundings and encourage sociability. He makes great food for lunch too.
This is the age of the “art object,” but I’m curious about your perspective on creating art that’s meant to be worn. How does utility play a role in your artistic process?
I have to admit that utility probably comes last when making new work. Of course it has to be comfortable and wearable but most of the time this comes as a bonus. 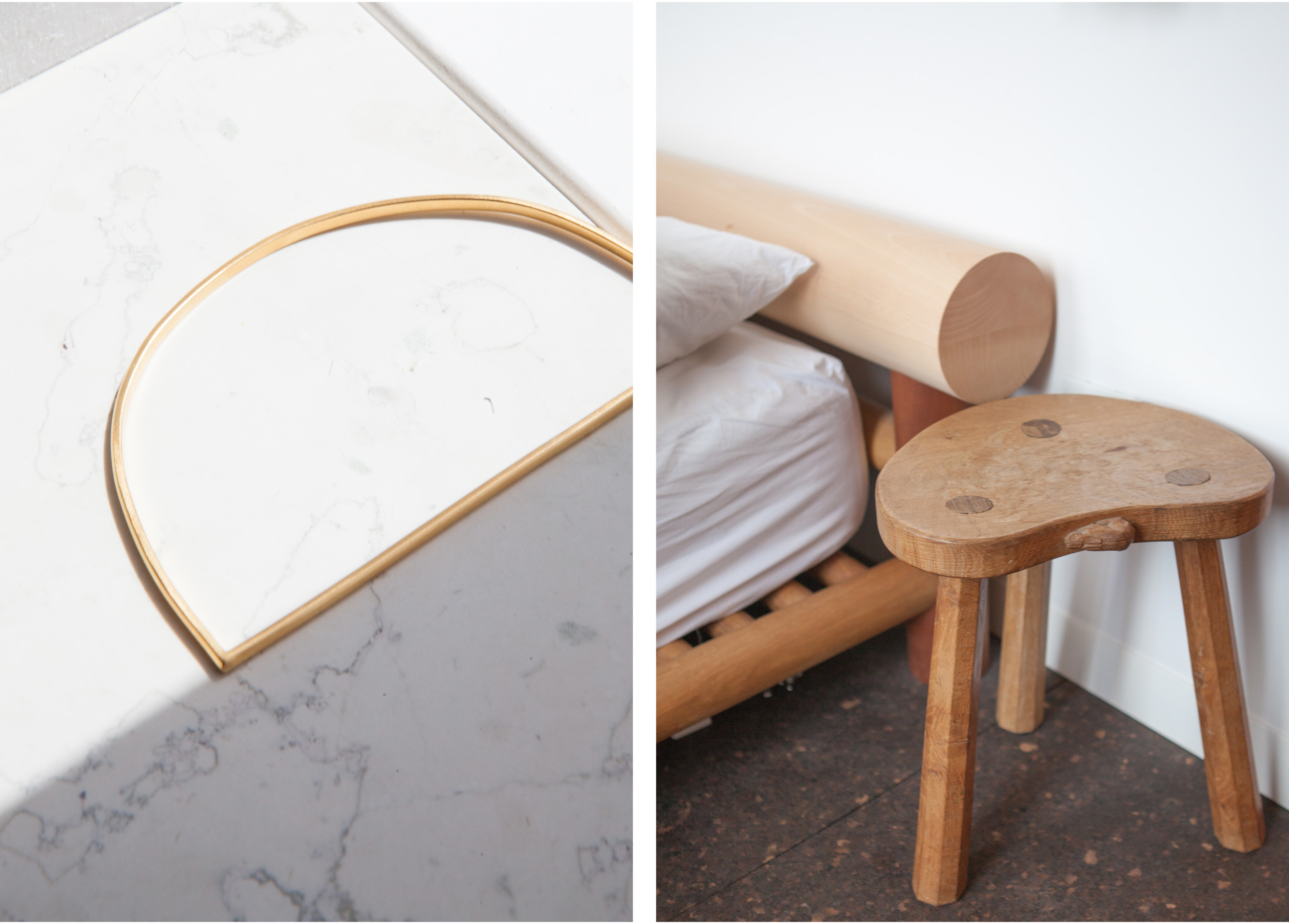 What’s your creation process like: what comes first, the form or the idea? And where do the two come together?
Form and idea travel together hand in hand, and although the idea typically determines the ultimate form, function is often the precursor to both.
Geometry is a reoccurring presence in your work. Are there any other references that you repeatedly come back to?
I would say geometry is the outcome of the process rather than a conscious theme. The shape of the pieces I make does not lie or conceal, but merely reflects a way of working. For instance in a series of bangles I make called OD, the shape of the bangles is informed from the industrially-produced silver that they are made from. If you were to cut through my O bangle you would see that the cross-section of the silver is in the shape of a circle, and the D bangle is in the shape of a semi-circle… an O and a D, respectively. 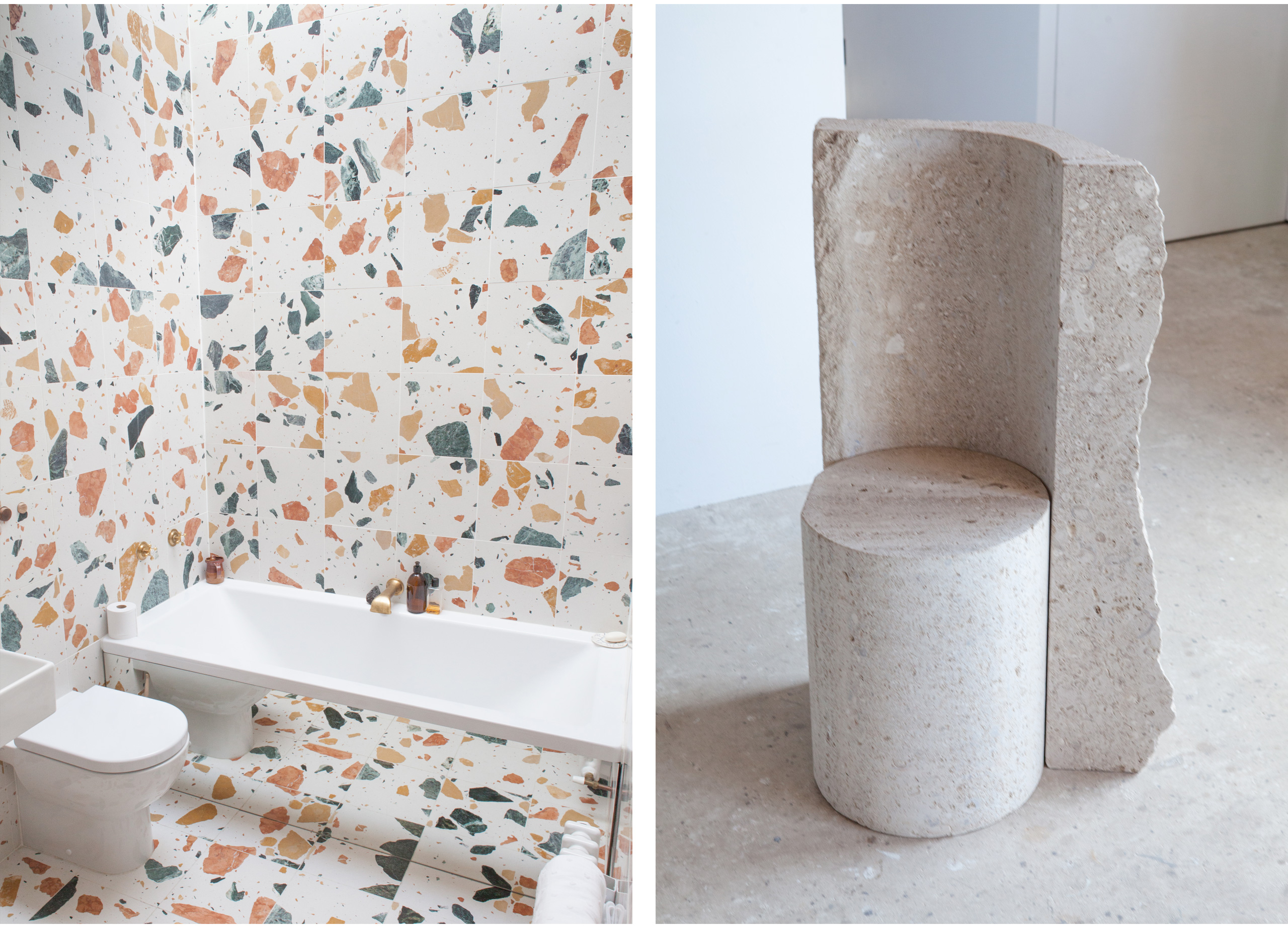 What has been your biggest focus for the last year?
The last few years have been taken up by renovating a building that is now our home and workshop. Its surprising how much energy creating four walls can take. Our house was constructed like a giant piece of furniture, using materials and processes that we care about, and designed around our specific needs.
What do you do to get in the work state of “flow”?
Traveling, whether by foot, bicycle, or tube is a great way to think. The act of going somewhere somehow frees my mind to think of other things. 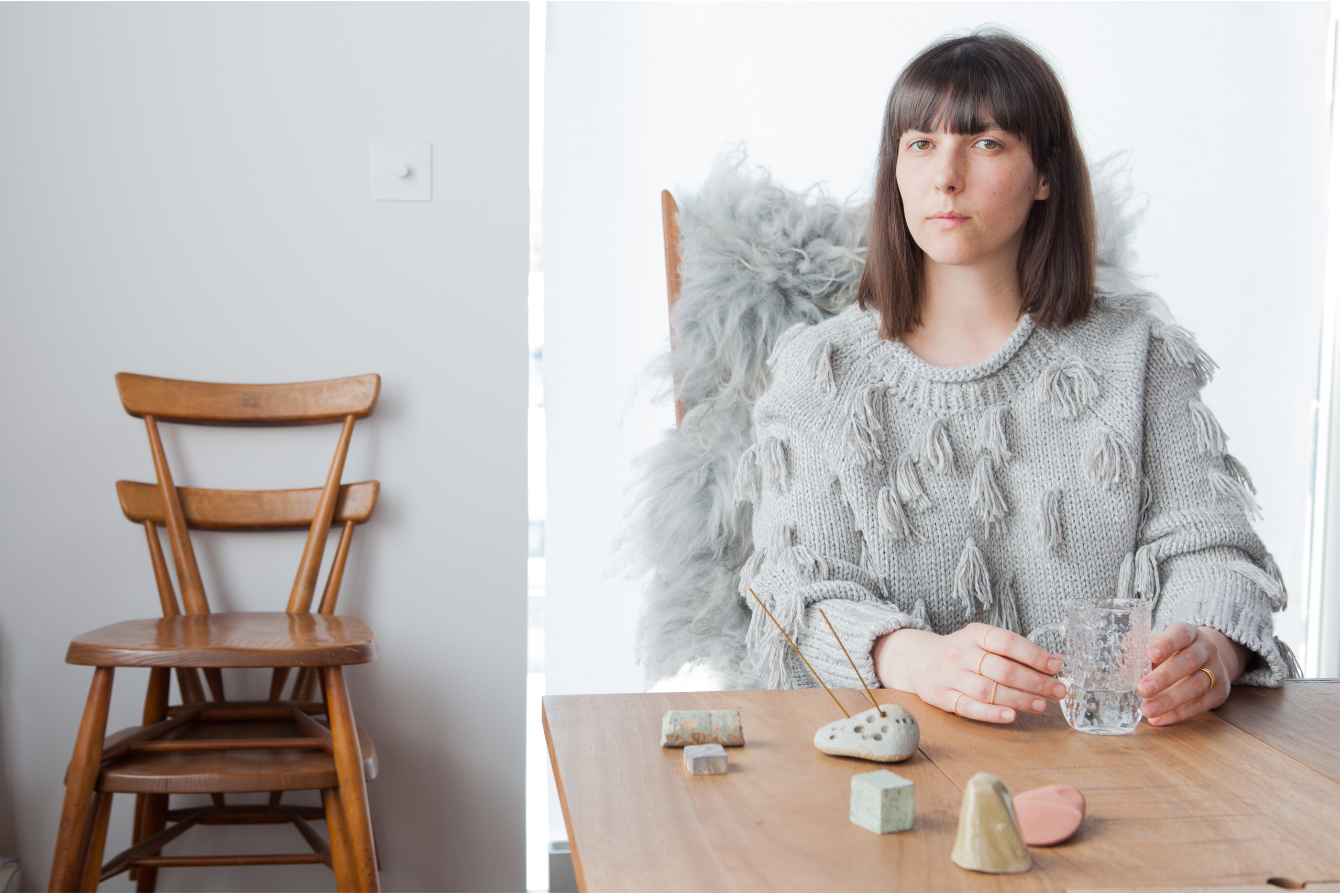 What role does London — and an urban landscape — play in influencing your work or your process? Have you ever thought of living elsewhere?
I think its role is the connections it creates. Whether the connections are fabricators or finishers, designers or colleagues, friends or family, the network grows bigger and more sprawling just like London itself. A few years ago we toyed with the idea of living in a rural environment and even left London for two months to live at Max’s grandfather’s farm in Yorkshire. It was beautiful but the energy of London drew us back. Maybe one day we’ll go back.
What other things are you interested in right now?
Currently I am very interested in Sir John Soane, as I am part of a group show that opens at his home and museum in Lincoln Inn Fiends in a few weeks. The show is organized by my great friends Bernadette and Tetsuo of Study O Portable, who for the last five years have organized an annual group show with an interesting concept at its core. This year the show is called “Pieces,” which refers to the way Soane collected fragments of architecture and art to create a whole interior. Many pieces make up the whole. 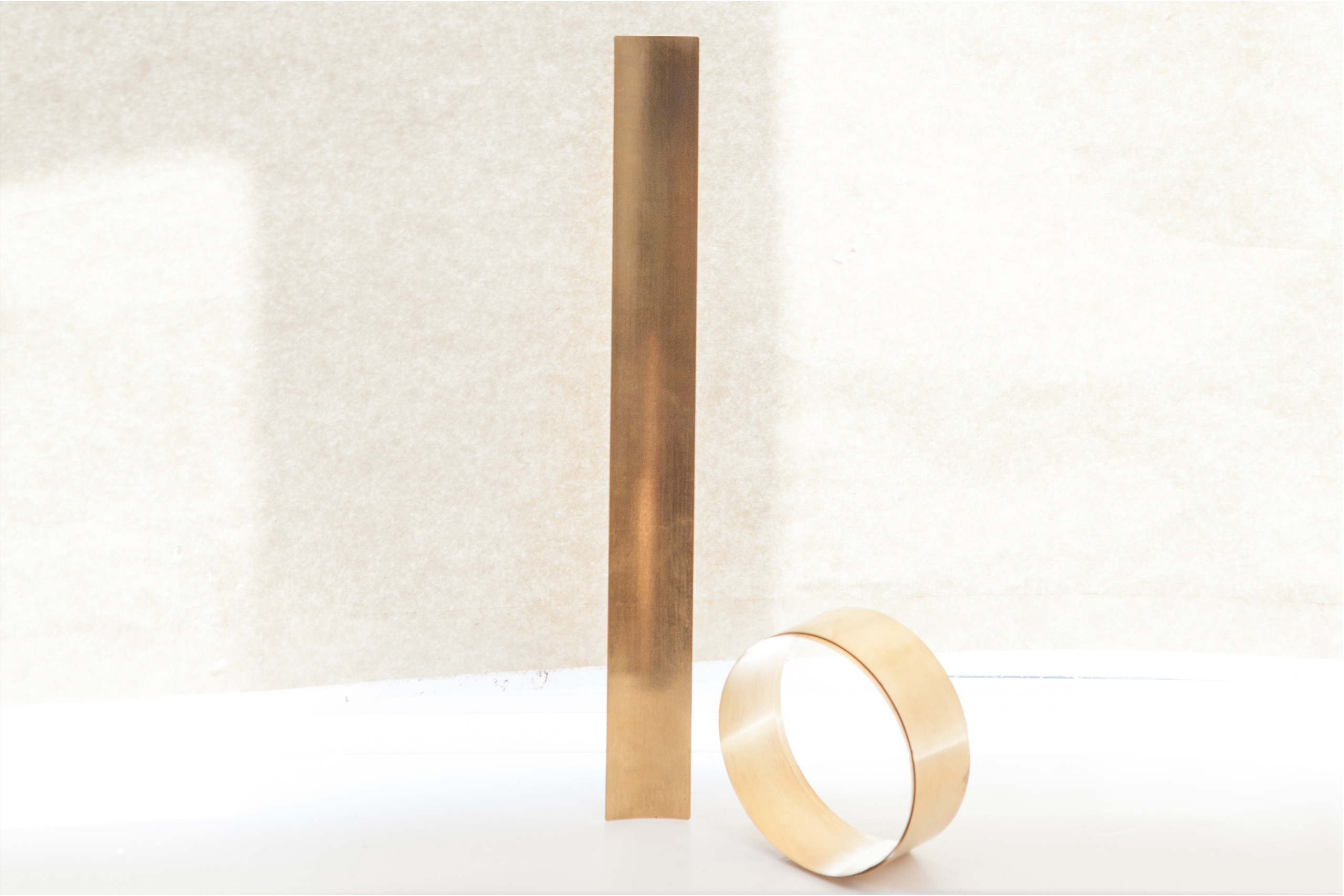