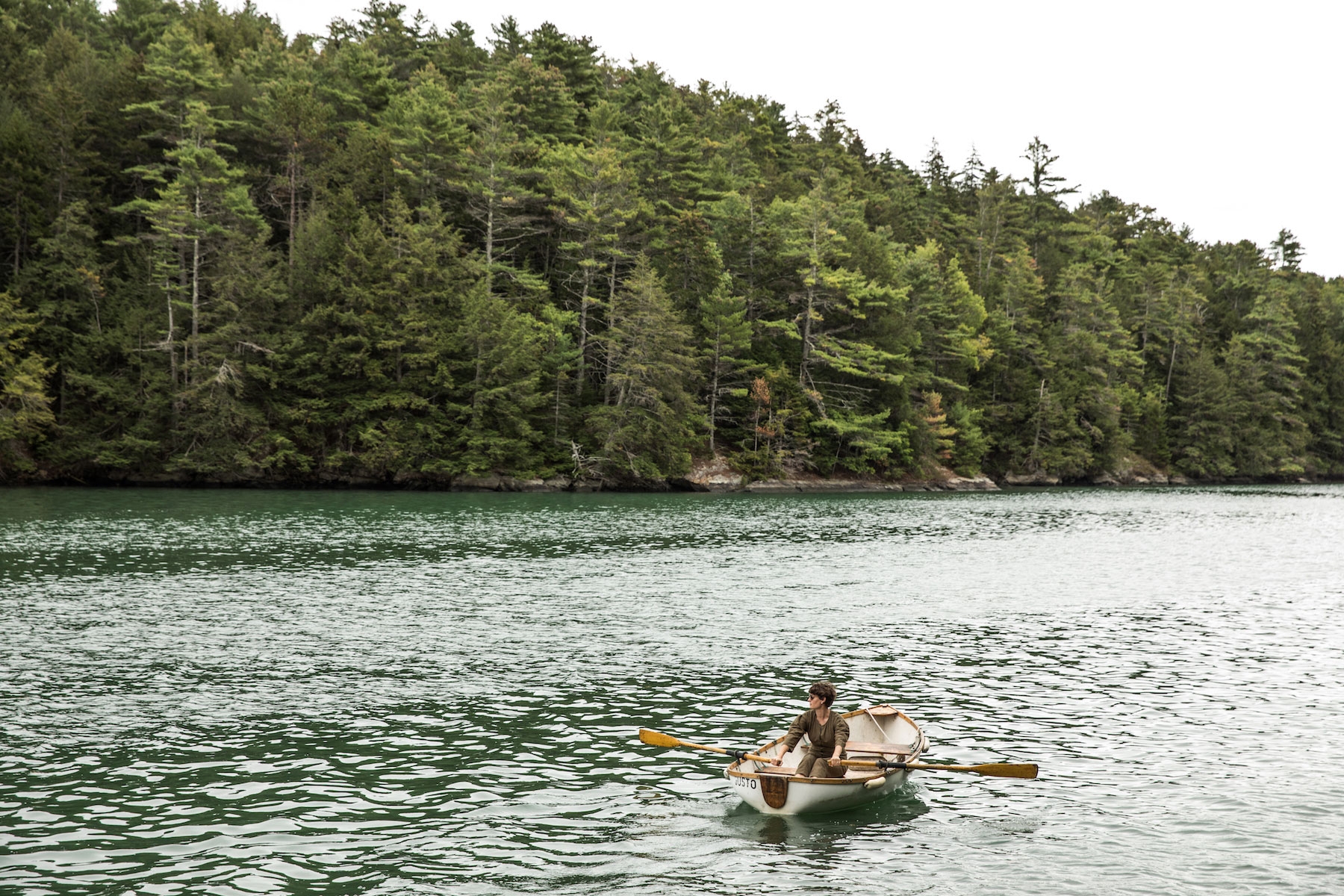 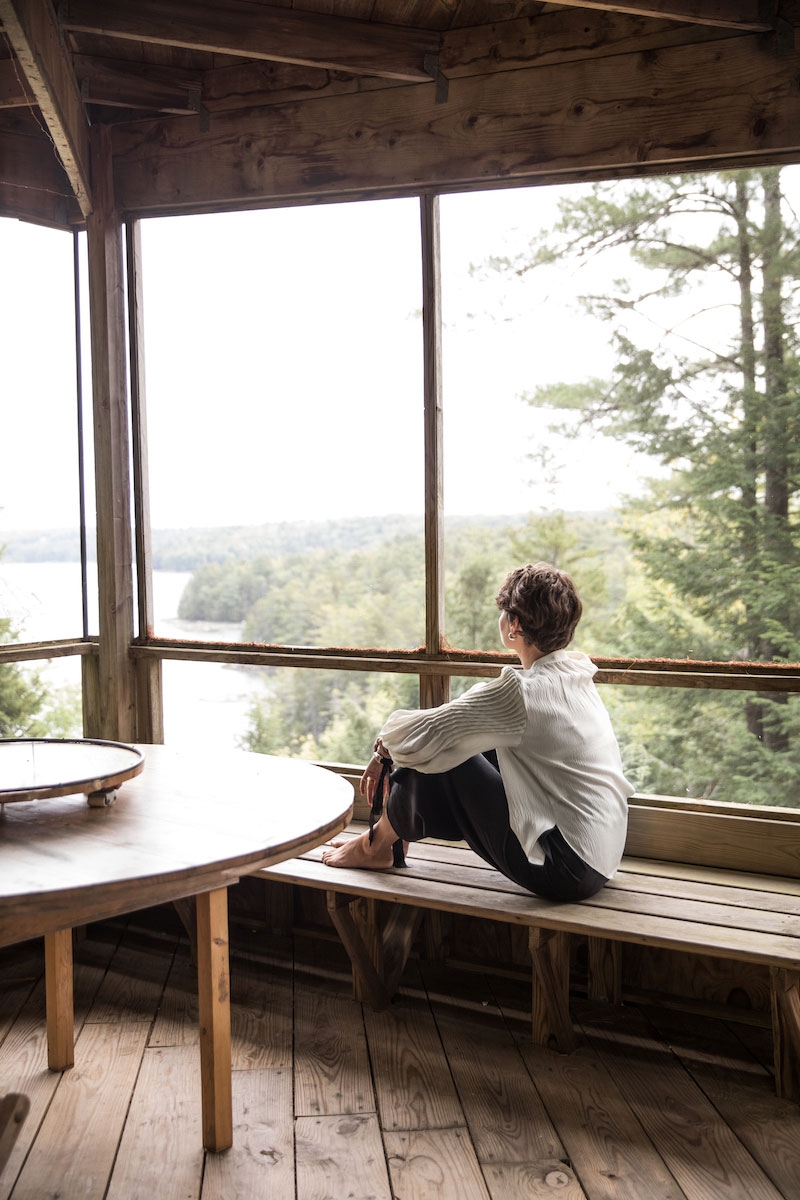 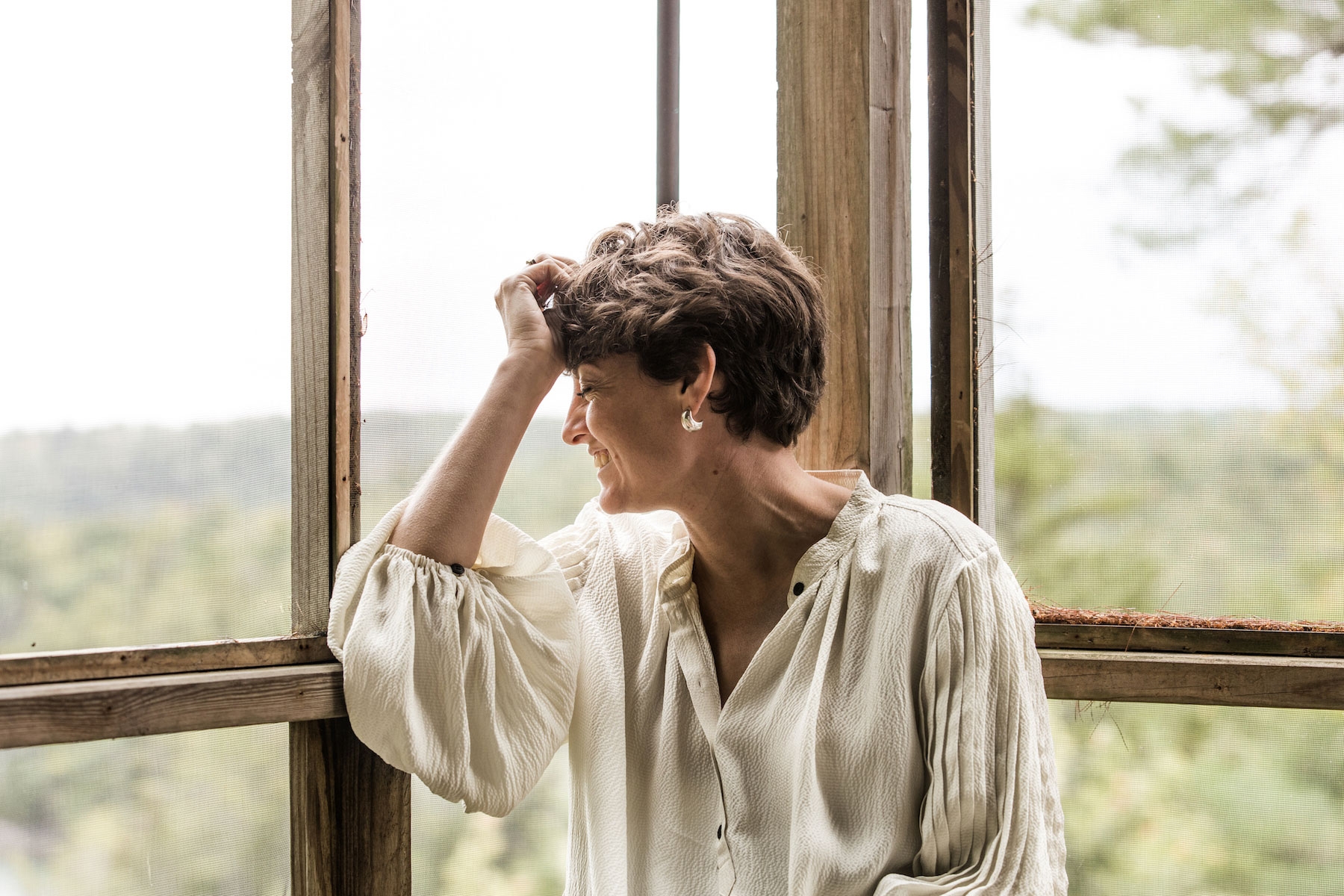 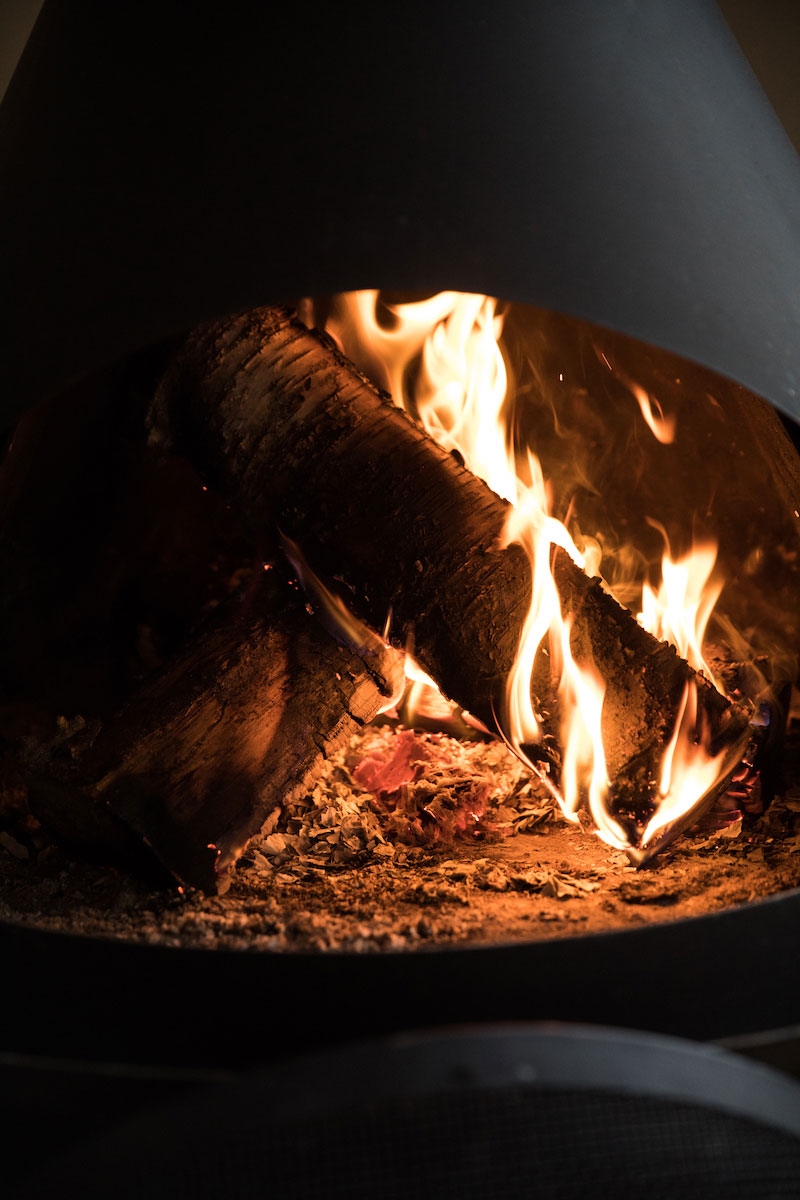 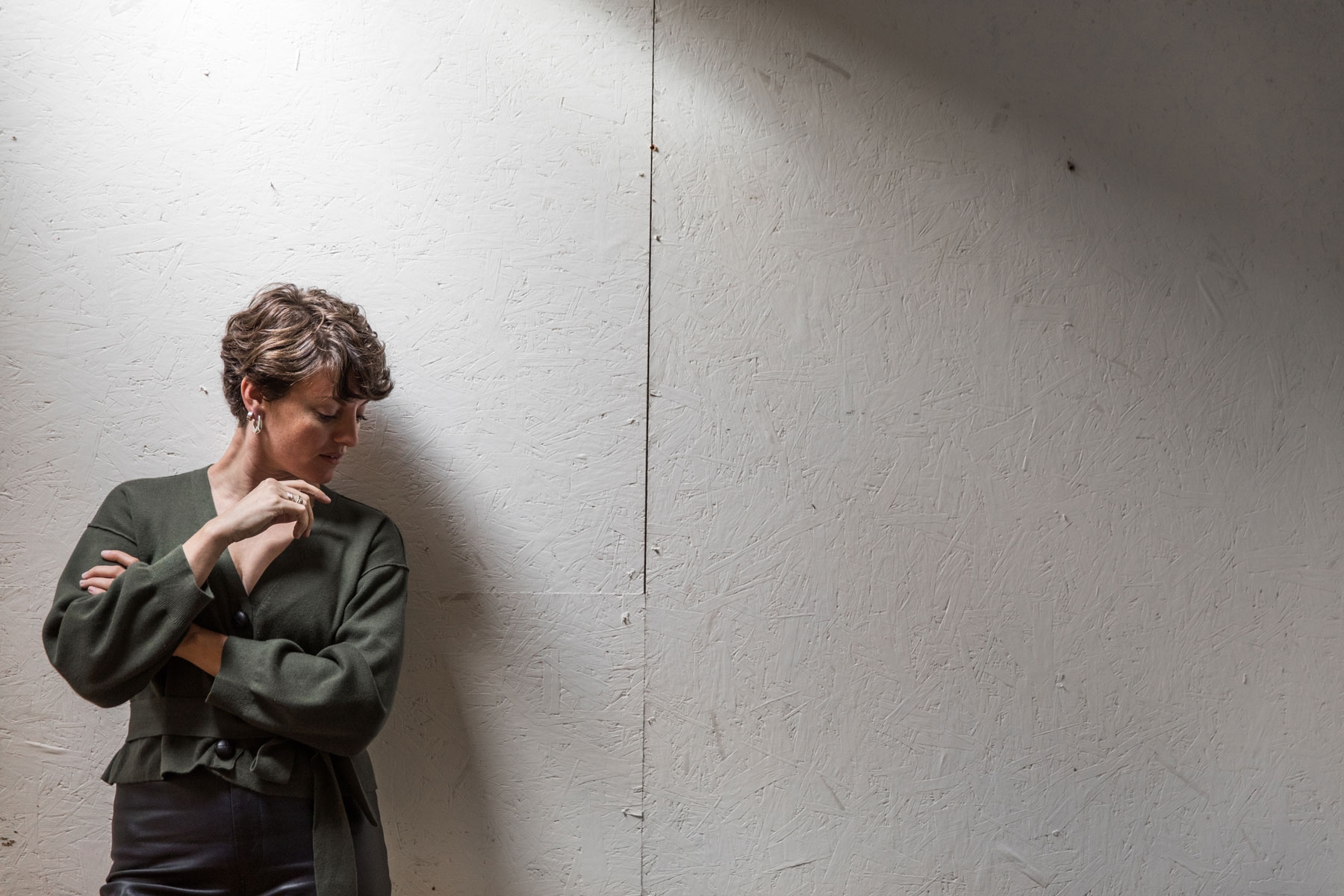 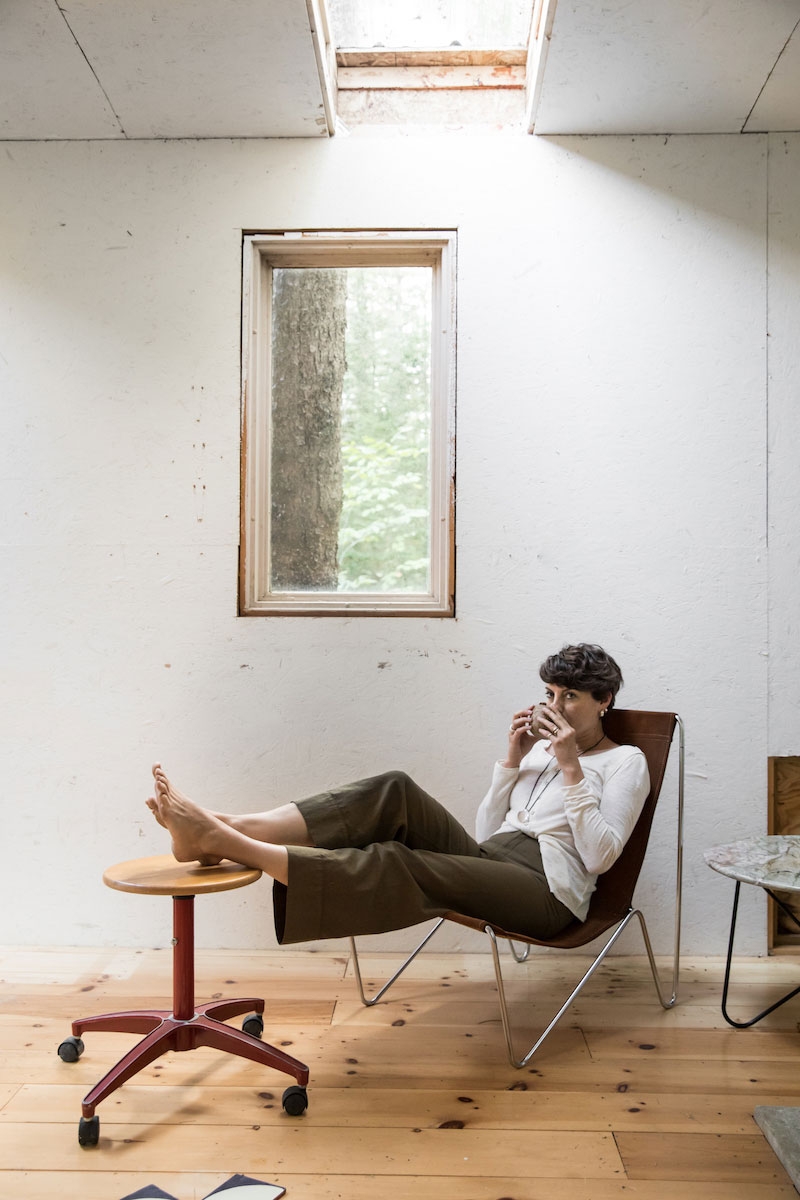 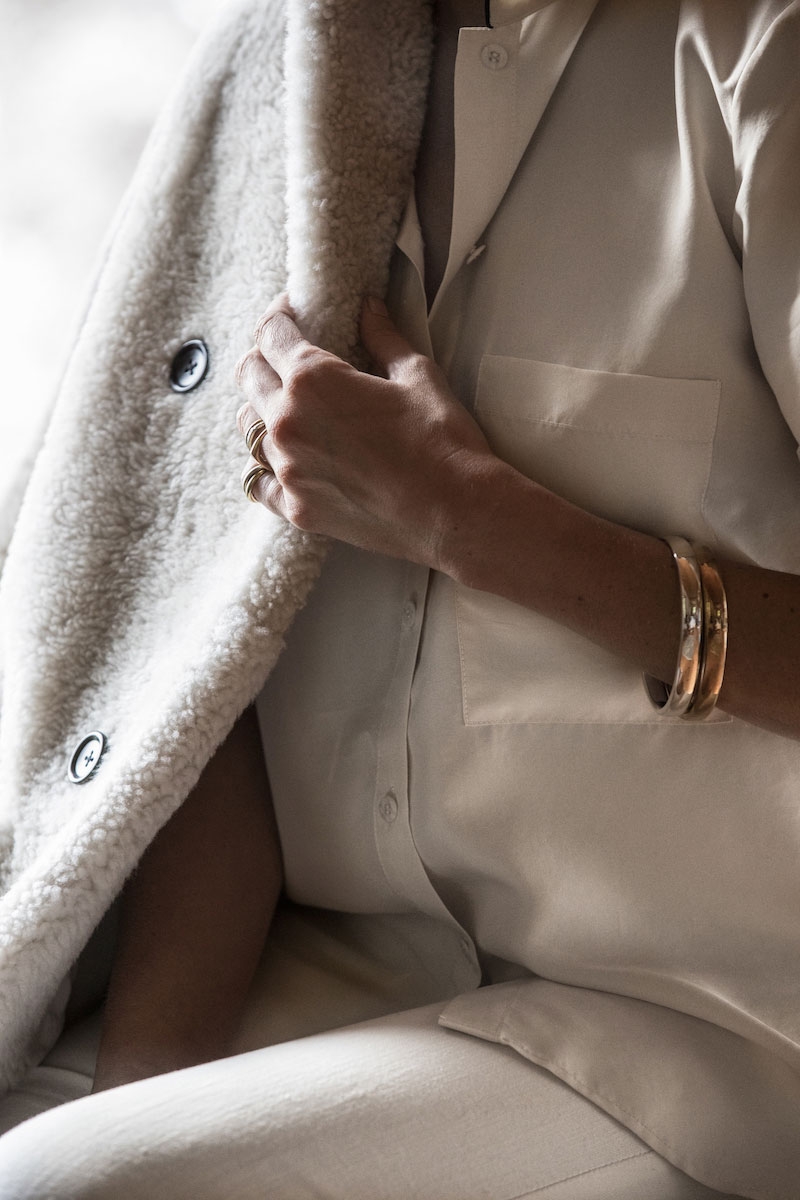 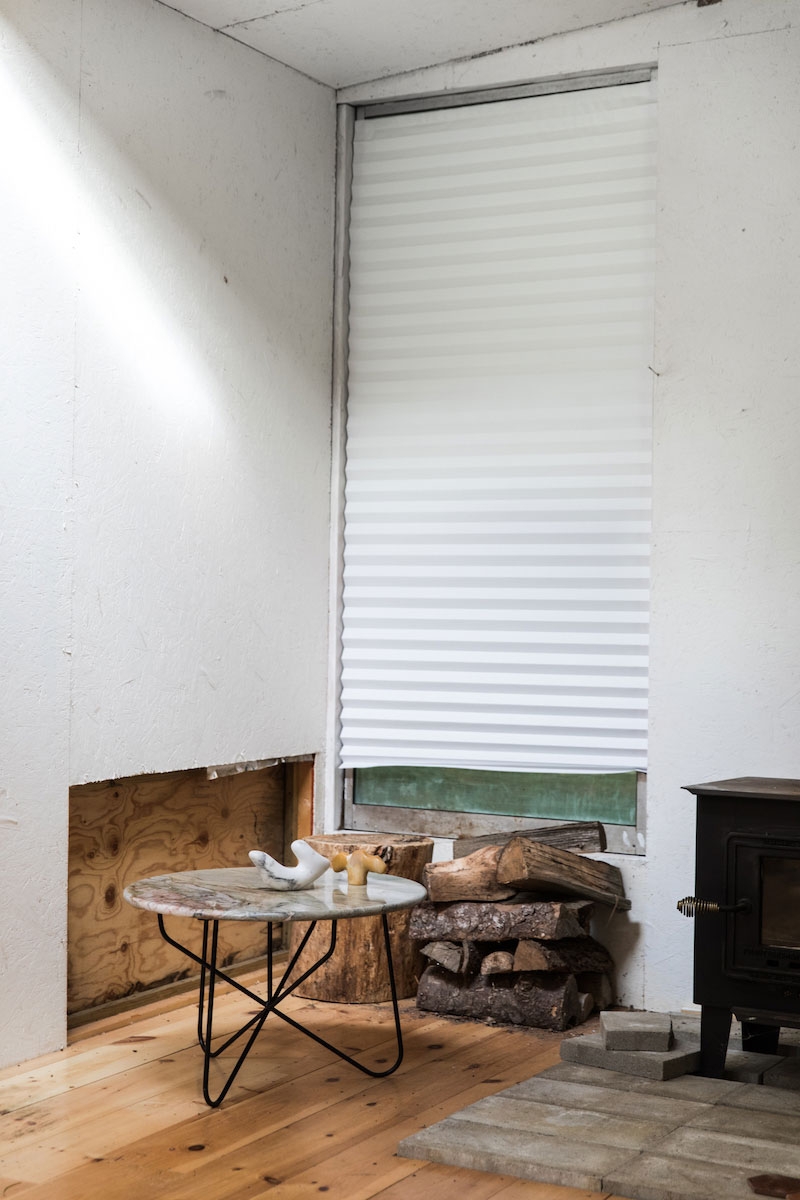 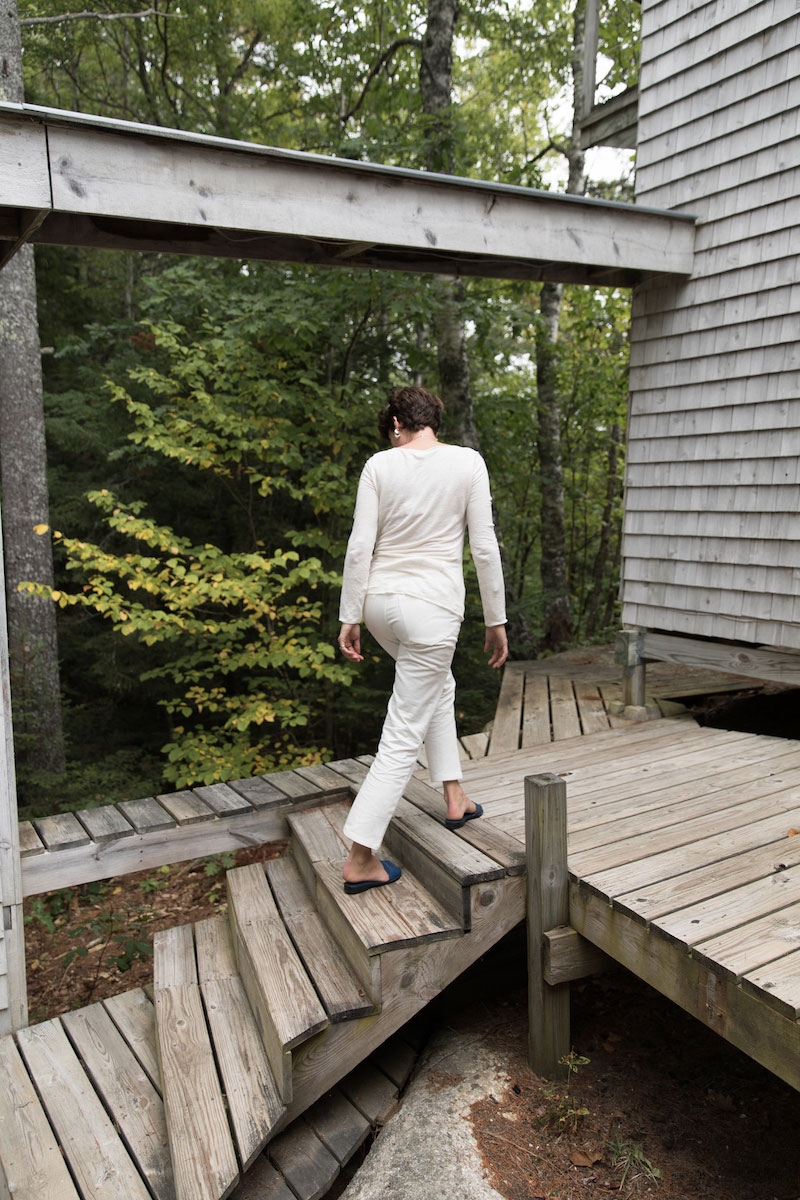 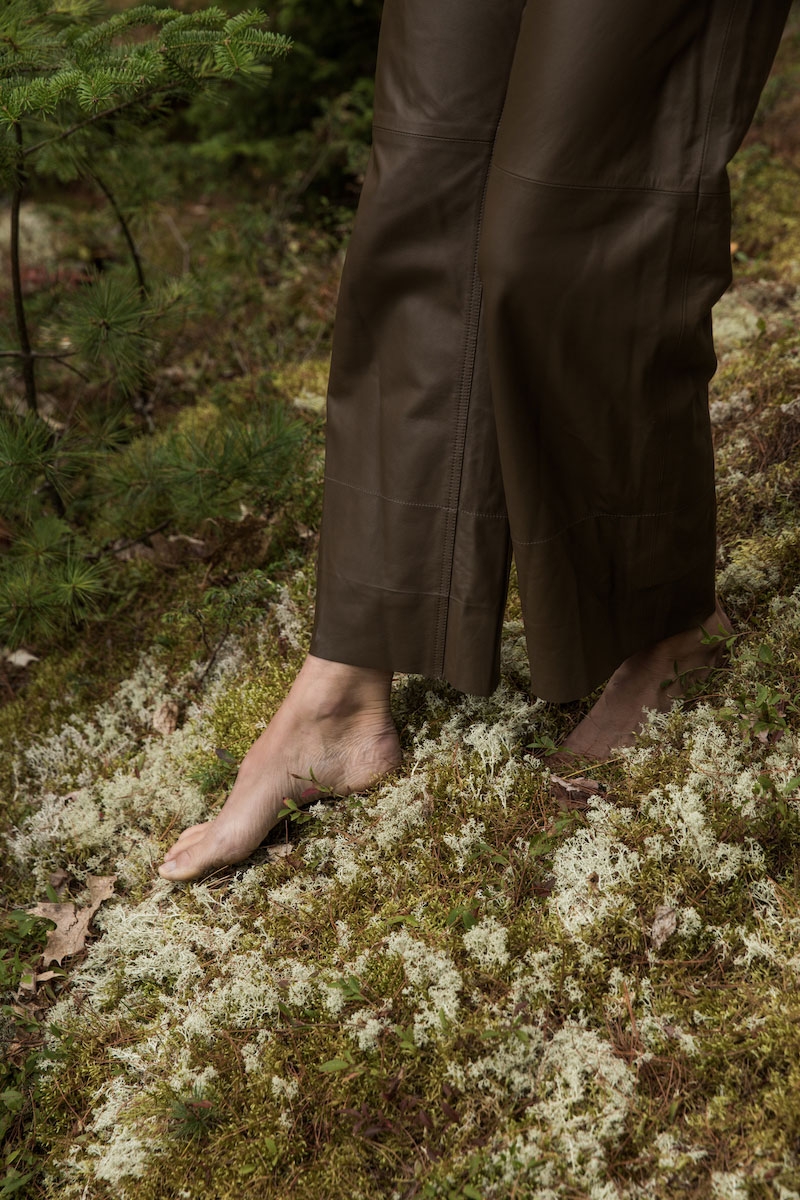 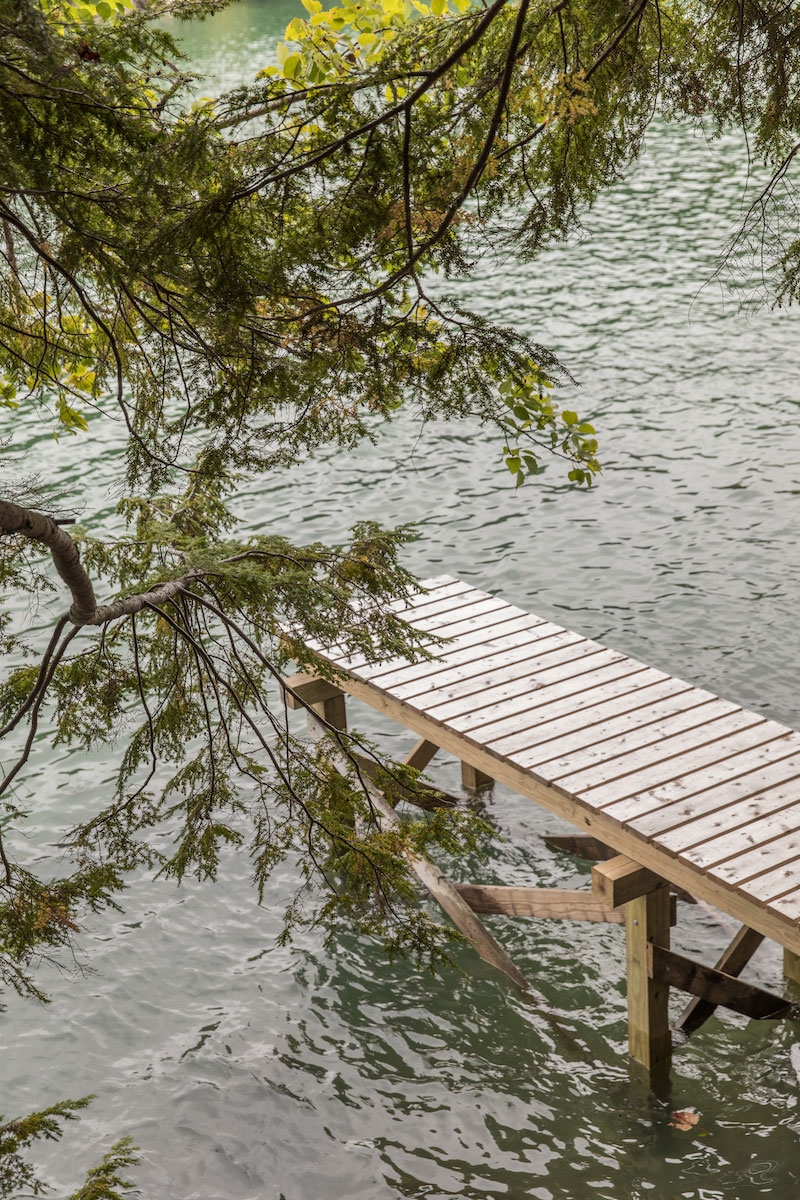 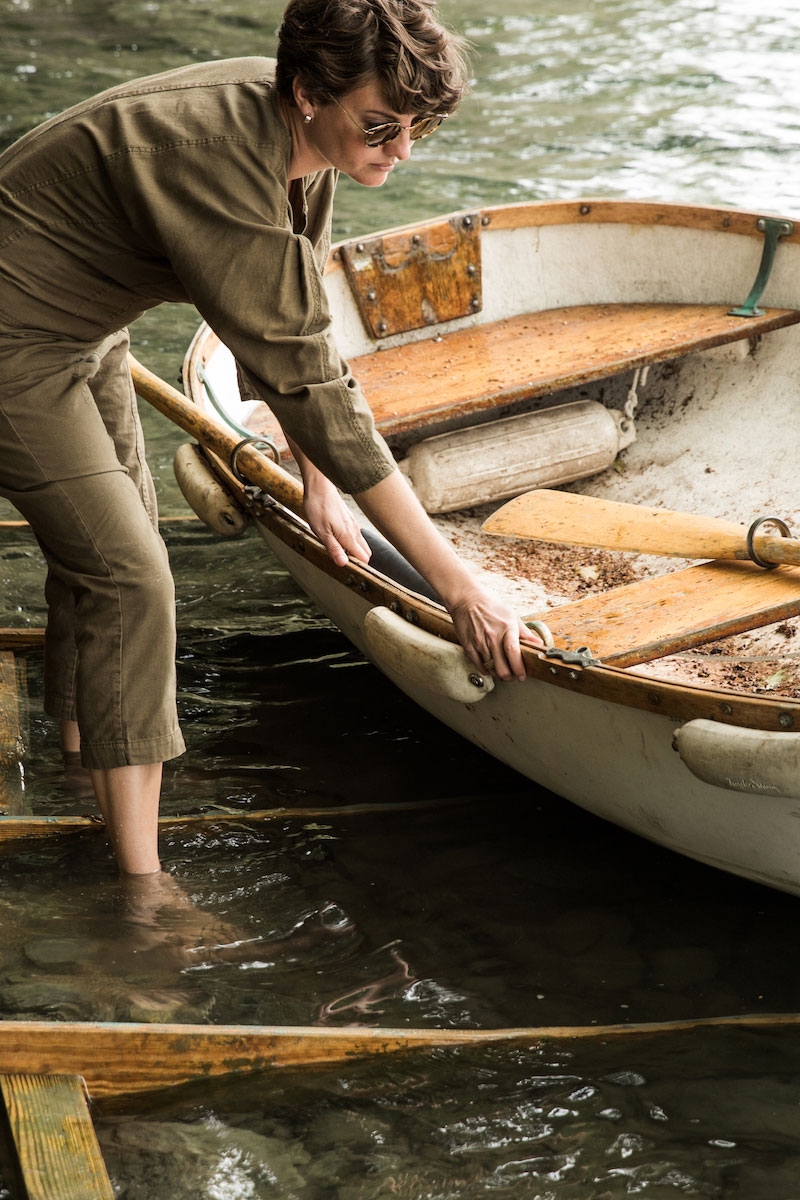 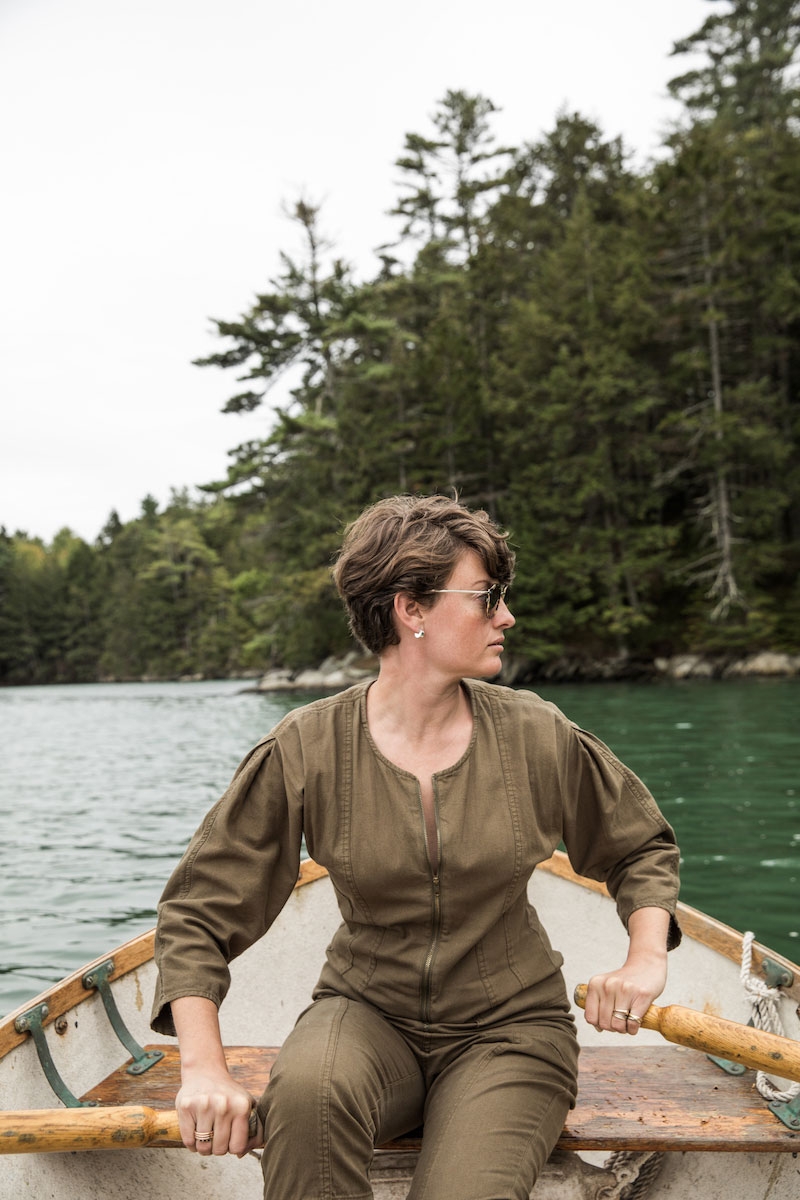 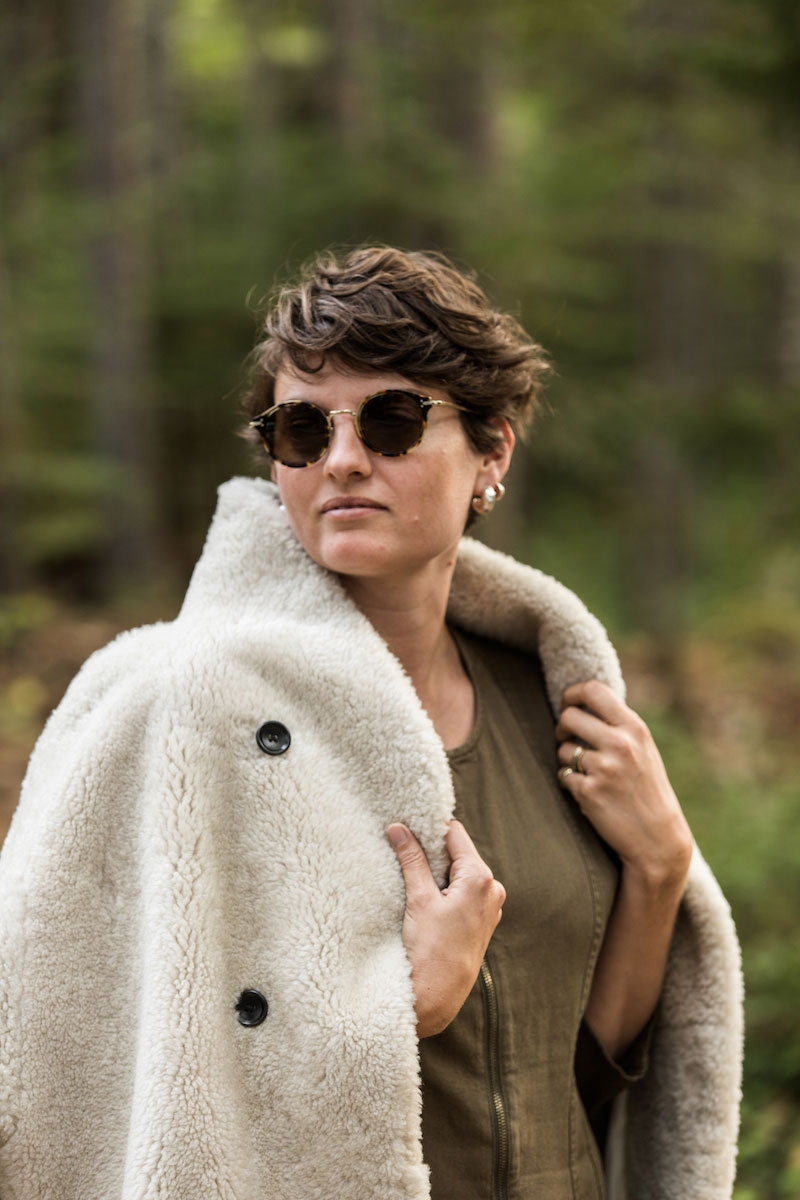 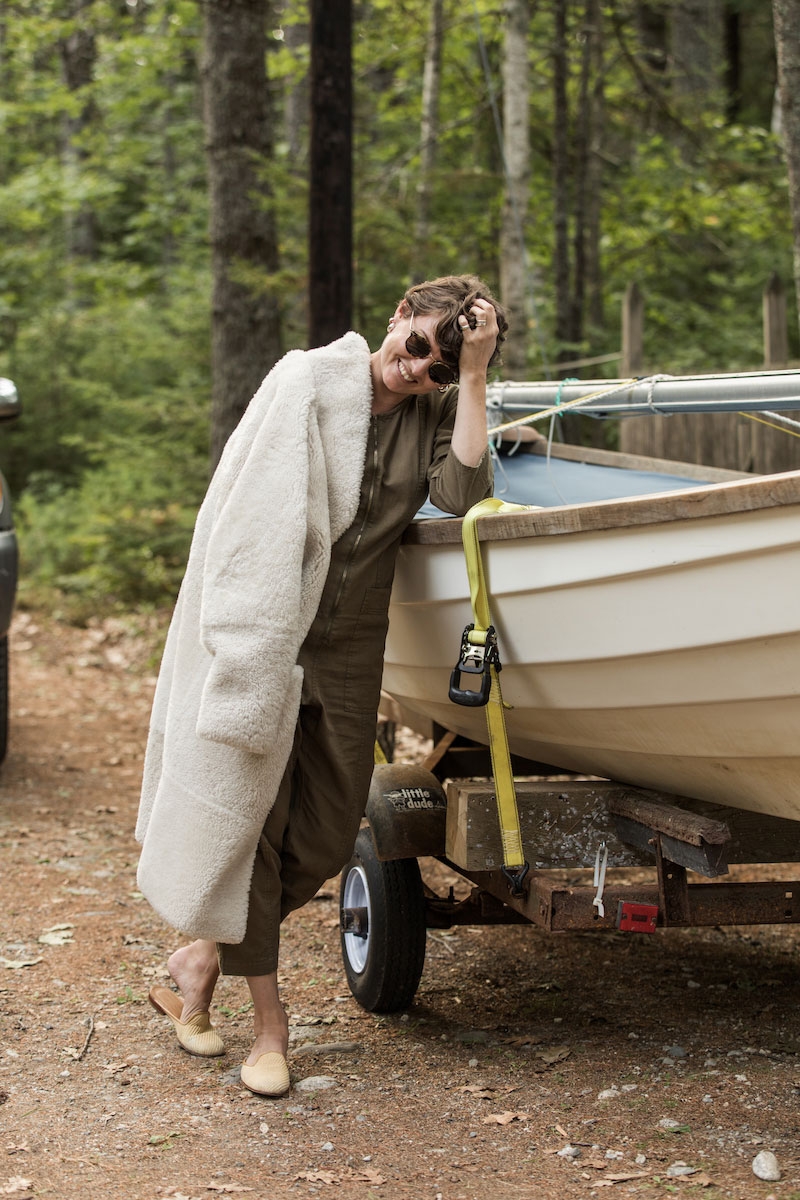 Some of Kate Jones’ earliest memories start on a sailboat. Decades later, the sea — both literally and as metaphor — continues to play a role in how she sees, shapes, and navigates her way through life. Founder of the jewelry line Ursa Major, Kate moved earlier this year from California back to her childhood home of coastal Maine, and it’s been a season of both grounding in and following her heart “without hesitation.”

Here, a conversation on: chasing your imagination; learning by doing; tarot truths; not taking yourself so seriously; being exactly where you need to be. 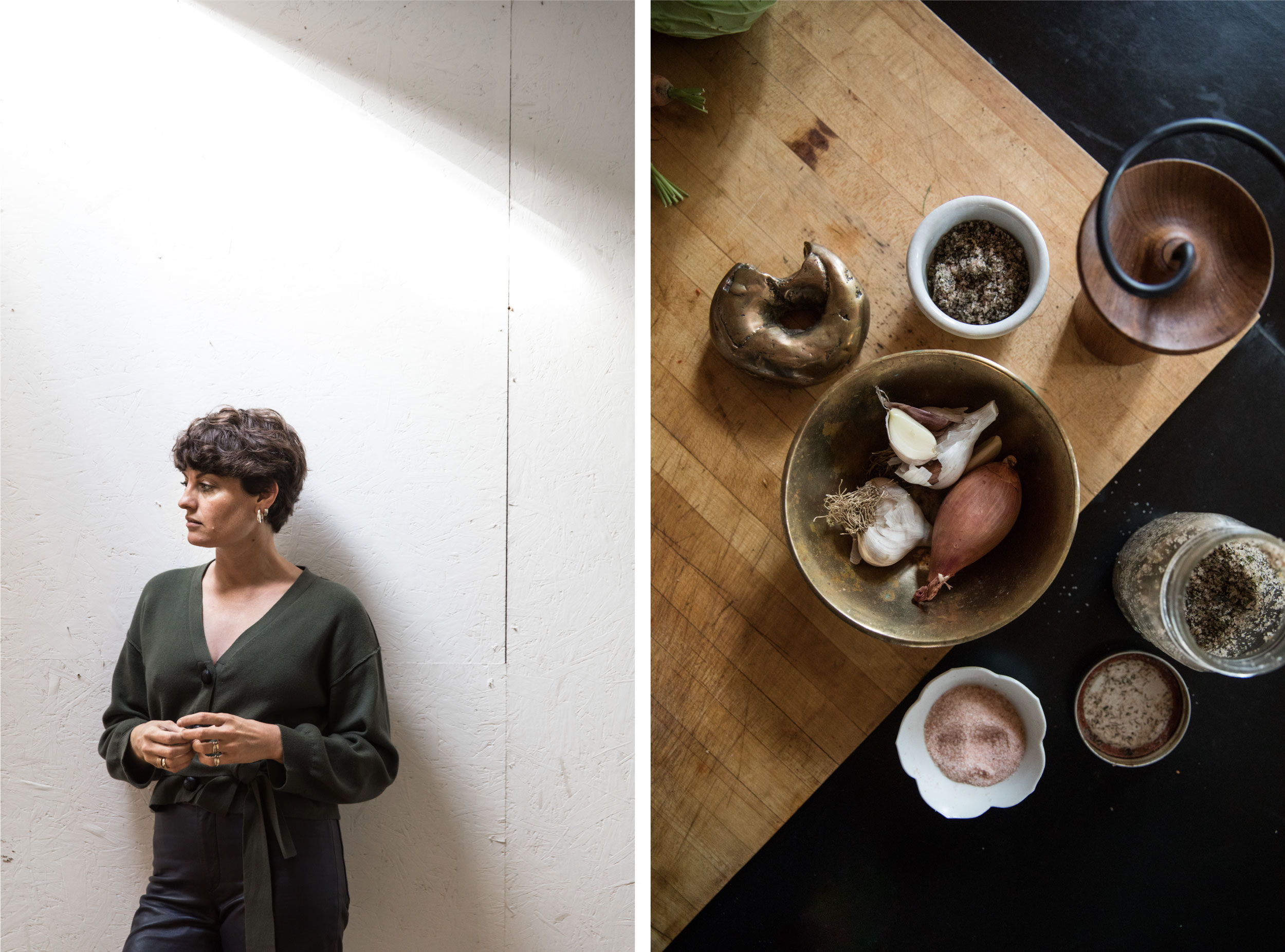 Can you share more about your upbringing and background?
My parents were big travelers, big dreamers. The world was too great not to explore. Dreams were too beautiful not to pursue. I was five, and it was my dad's dream to live on a sailboat. We sailed from Antigua to Venezuela ... ultimately passing through 20-something islands, maybe it was more. I've got this vision in my head of a map mom drew of our path through the islands. I think at one point she'd counted over 30 islands. Each time we moved, it was a new experience: new town, new locals, new boats. I didn't always have an option for who I wanted to socialize with, so I learned to be social with everyone. I danced with islanders at night, on the beach, in the bars. It was pure freedom, total exploration. And the world seemed dreamy. I watched my parents tackle living aboard a sailboat. Mom, fiercely independent, home schooling me and trying to figure out how to find personal space aboard something only 44' long and 12' wide. Dad, a doctor, was learning how to fix the refrigeration, the water pump, the steering, and the dreaded "head" ... far too many times. I was enamored with his self sufficiency, and his intense desire to accomplish his journey.  It sort of seemed like there was nothing you couldn't do if you put your mind to it. And so that became my M.O. I was instilled with this idea, that dreams were for setting goals. I'm only pragmatic because I'm a dreamer first. Figure out how to get there, and you'll get there.
How has life at sea, on the water, by water, shaped you?
I get my sense of freedom and peace from the sea. Put me in the desert or the mountains for very long and I start to feel claustrophobic. That must sound counterintuitive to so many, but my grounding element is the water (despite being an astrological fire sign ... ) When we moved into our house this spring, it was a rough time. My father had just passed, my business was hectic as ever, we had just relocated across the country ... but I had this sense that with the water always in sight from the house, and just a short walk away, that it would help me to feel grounded even when I couldn't keep the world from spinning out around me. It was and is my saving grace. 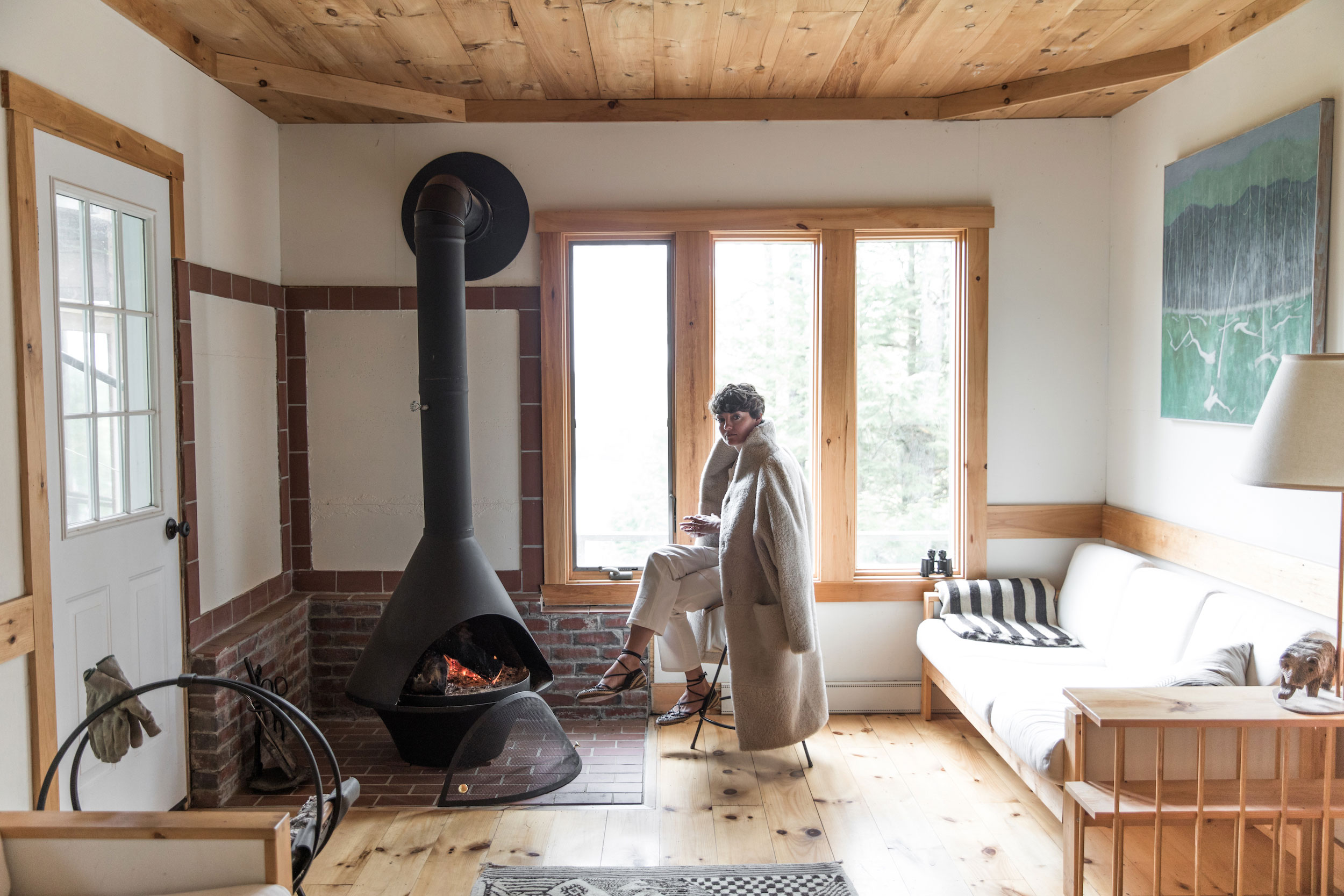 We speak of “north stars” as a euphemism for a higher purpose. Can you touch on your own path, direction, and purpose, if you believe you have one?
So funny you should put it like that. I named my business after that sailboat we lived on as a kid, Ursa Major, but also because it reminded me of nature's way of helping us stay on path, guidance by the stars. The constellation includes the pointer stars, Merak and Dubhe: follow one to the other, keep going and you'll land on Polaris, the North Star. I believe that when we are exactly where we ought to be, everything comes back to us, and we attract our fate like a magnet. My husband and I had looked at houses in Maine for about two years, and the one we ended up buying is on the very same cove I grew up on after we moved off of the boat. The longest I've ever lived in one place. And the neighbors I had as a child, they're still there, but it turns out they're immensely connected to some of our closest California friends my husband has had for 10+ years. We never realized all this time until we ended up right back where we ought to be. We didn't leave our world in California, we just extended it by moving back here. The path for me, is all about following your heart without much hesitation. Our decisions may change, but we can make the ones that feel best for us in the moment. And forward momentum ... we learn by doing.
As for higher purpose, I'd like to just leave the world with more beauty, and fewer disposable trinkets. So much of what we create falls apart, wears out, goes out of style. I've always thought, as someone working in a material like gold, having the capability to make a piece that could last hundreds of years or more, wouldn't you want to work to make something that we can hope might be as beautiful then as we think it is now? And what an honor to have someone want to wear it three, four, five generations later? I can think of no greater compliment to a design. 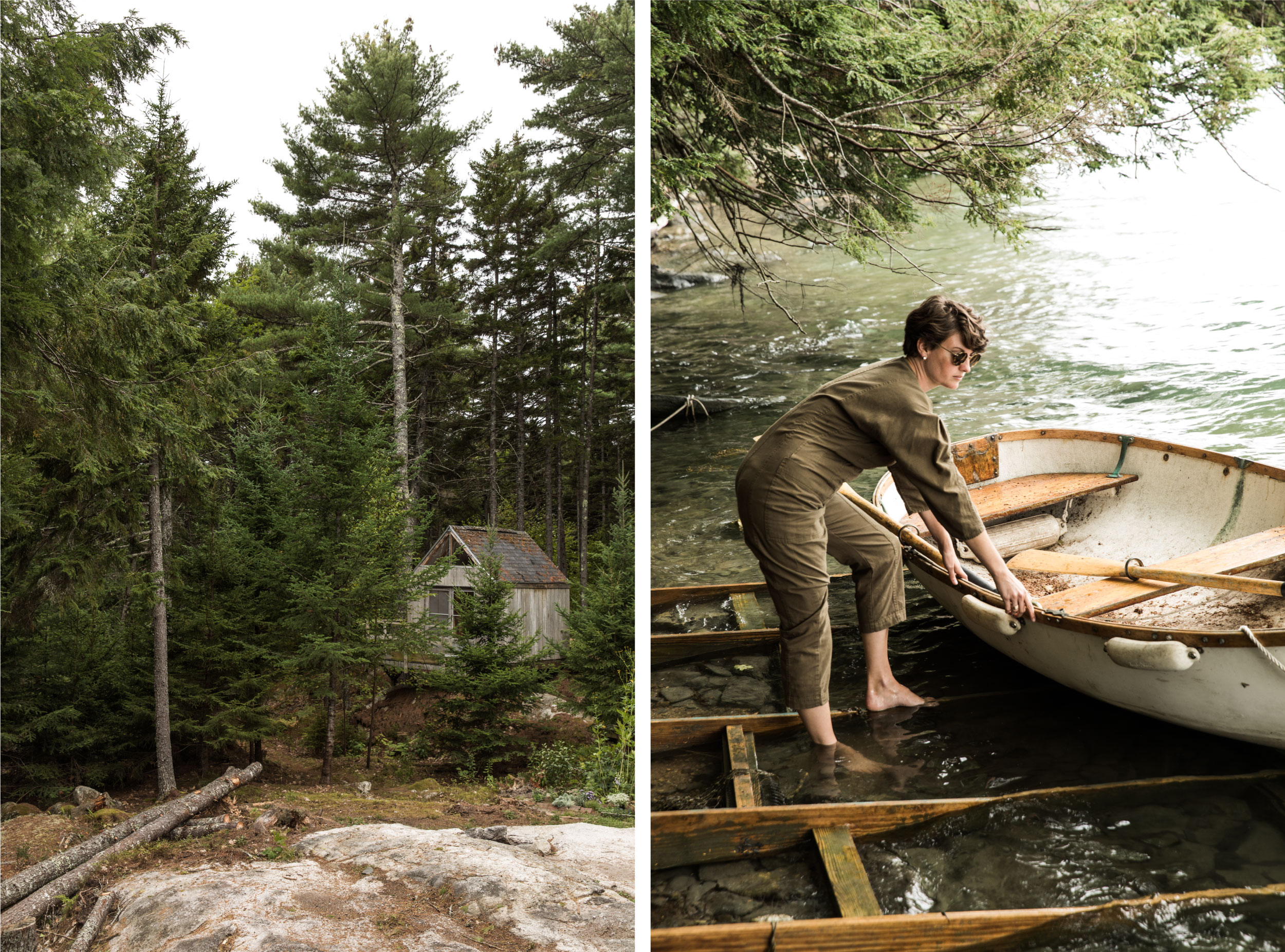 Tell us more about the process of conception for your jewelry line.
Integrity. It rules my business. I can't make pieces I know will fall apart. I can't make something that I know already exists. Of course, with the omnipresence of this new "collective stream of conscience" (i.e. Pinterest, Instagram, etc.) that can provide constant stumbling blocks. In a generation of "it's all been designed before," it's often about re-designing, having a new take, a new context. I try to make pieces that are pertinent to what's going on in, but aren't trend-driven. Beyond that, there's just searching for what moves me. I'm constantly looking at art and architecture and I find spaces endlessly inspiring — I think, "what would the woman who lives here wear?"  My imagination runs wild. I have this thing where often, when glimpsing at imagery, I see it in different ways than it actually is, as if my mind or my imagination is jumping to a conclusion from a quick glance, before it's actually taken in what it's truly looking at. It's as if my subconscious needs a context in order to make sense of the unearthed ideas already floating in my head.
How does your own individual style, outside of jewelry, translate into your pieces – in form, function and material?
I've always felt fairly all-American, very New England, a little Caribbean, and with a past life spent in France. So let's see, that would be the stylistic equivalent of:
a little late 80's early 90's Calvin Klein, highly functional and a little modest, colorful outbursts, never taking itself too seriously, and (hopefully) effortlessly sophisticated and ultimately timeless.
Where do you look to draw more perspective or clarity?
A day on the water or a small village in another country. There's nothing like watching people live a simple life to bring you back around. 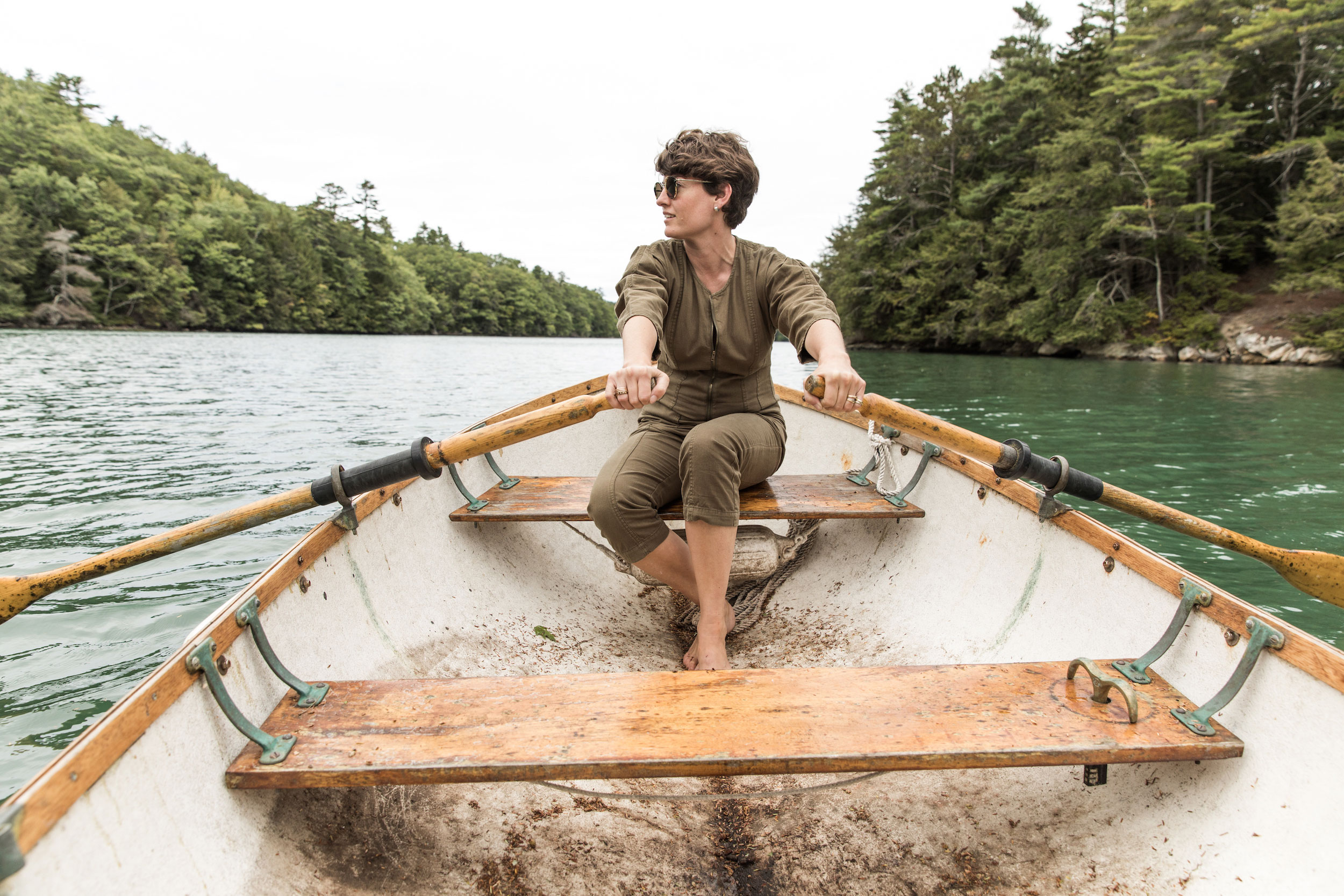 How do you address periods of procrastination or self-doubt?
I had my chart read years ago by a couple of friends and they said two things that have always stuck with me, and both of which I repeat to myself whenever I am in doubt or need of guidance. The first is: "think less, do more" and the second is: "you will have success, but you will carve your own path."

The first is the key to not procrastinating. I was a huge procrastinator as a kid and all the way through college. My mom is laughing in agreement as she reads this ... I always overthought things, felt like I had to have it all planned out before I started anything, so it would all wait till the night before. And when these two said "you don't need to think so much, your time is more valuable making than thinking," it clicked. When I'm stuck, I pick something up and just do, and sometimes it sucks, and I make nothing good, but I'm learning by doing and that's just the most valuable thing, creatively, anyone could have ever taught me.

The second is what carries me through the self doubt of working in and watching an industry where 85% is vying to be the next best thing, endlessly imitated, and "cool" means more than "merit." The worst part is feeling like you have to subscribe to those things in order to persevere. I hope everyone who wants to be in this industry knows that that's not true, it just takes far more patience and faith in what you do. But hearing those words that day, instilled the backbone I needed to push through on my own terms. And a little voice inside of me says if I do every step of it, from the wax carving, to the relationships, with the utmost integrity I can, I'll never doubt myself so much, just the industry. I will have known I did it the best I could. I can live with that. And if I still feel self doubt, I turn to my amazing peers, that golden group I've found along the way who believe the same, truly make it worthwhile, and we all persevere through the bs. 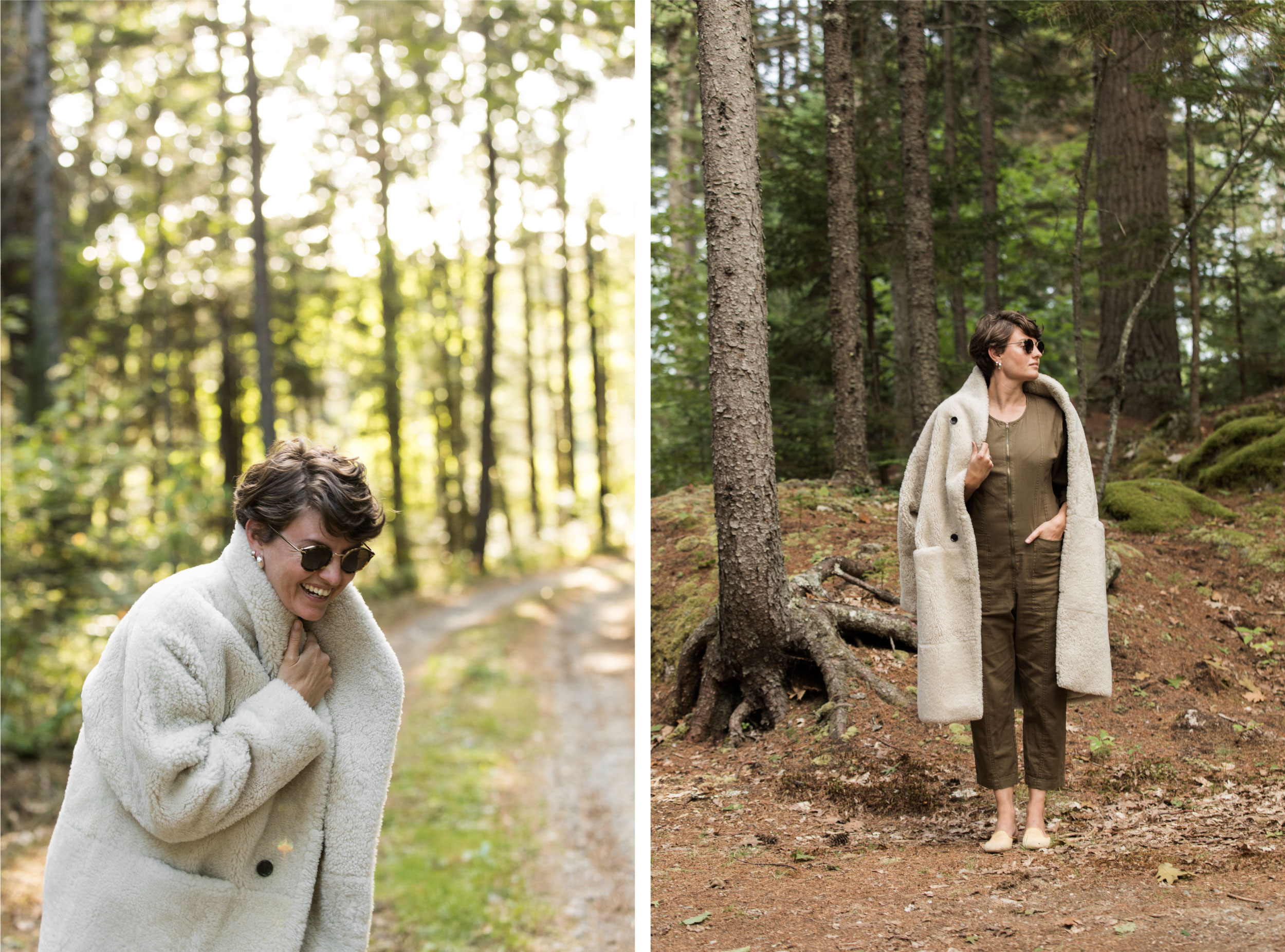 Is there a metaphor, a quote, a piece or writing, or visual composition that is speaking to you right now?
Here I feel like I've got a split personality. I want Harry Nilsson mixed with Henryk Gorecki. Nilsson is the endless hours spent carefree as a kid (my brother and I can almost word for word sing "The Point"); Gorecki is a reference to my dad, who almost religiously only listened to classical music, taking me to symphonies my whole life, even up until the very end. Gorecki's 3rd was one of his favorites. Albeit incredibly sad, I remember him, eyes closed, peacefully listening, tears from his eyes. It's heartbreakingly beautiful. That's my current mood. I'm at a moment in my life where I'm at once incredibly happy and incredibly sad. Such is grief and loss and the closing of a big chapter. Don't worry, I'm ok, I'm just on the journey.