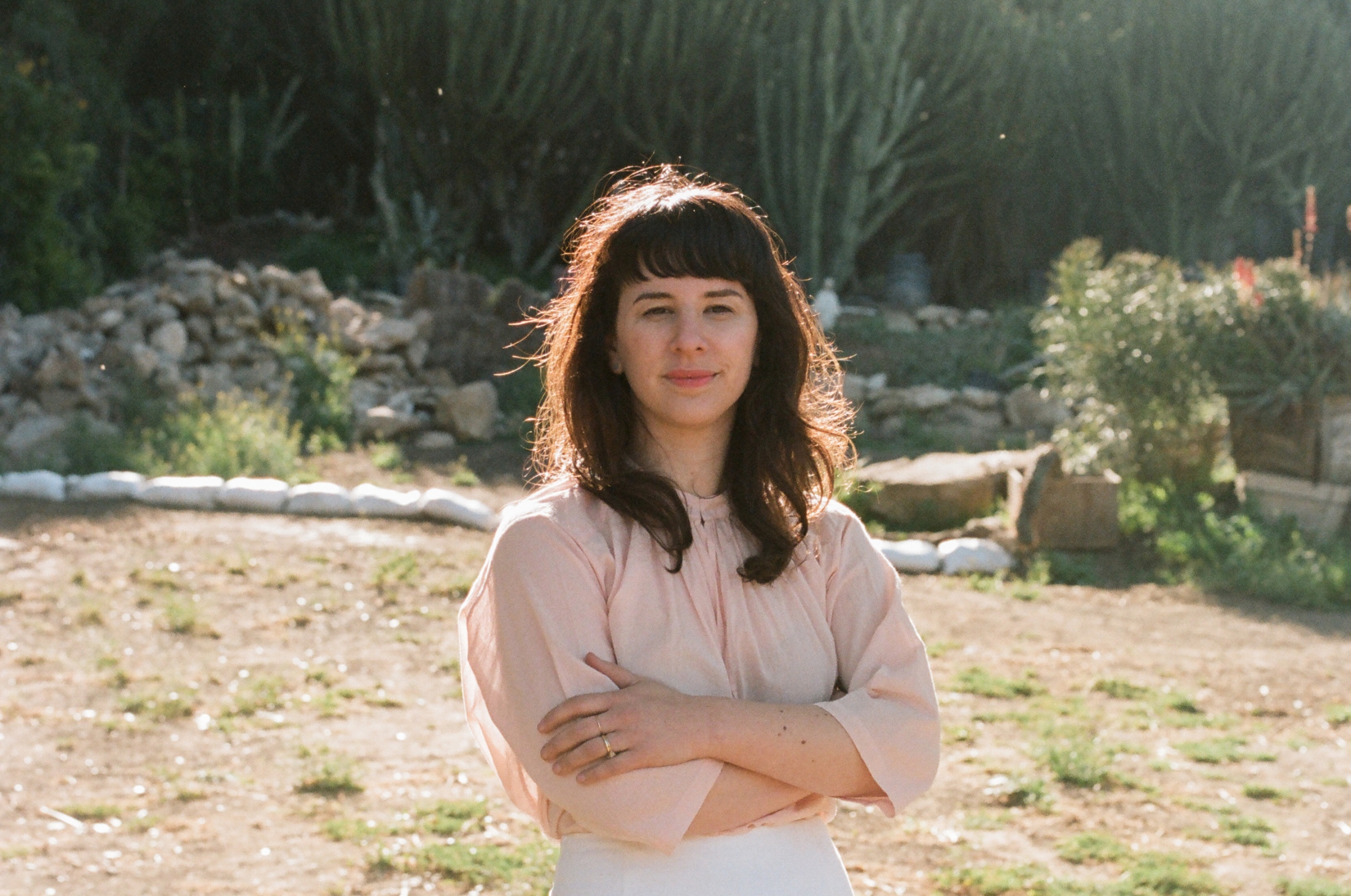 Six years ago, Jessica Koslow opened Sqirl, a counter service, daytime cafe in East Los Angeles. The concept was both casual and nuanced: starting with ingredients that had a sense of place — pulling from the natural abundance of California produce — and pairing them with the palate and palette of an artist. Layers of unexpected flavor. Carefully arranged, technicolor components. Experimentation with acid, dehydration, and preservation. As Oliver Strand from The New York Times wrote, it is food that “defies easy categorization.” Carrot almond milk with cardamom. Lemony sorrel pesto rice bowls. Rhubarb-kumquat cookies with smoked strawberries. Dehydrated kimchi as popcorn topping. This is the way Jessica Koslow’s brain works, an ever-curious unpacking of the possibilities and dimensions of flavor and seasonality — distilled to feel both highly original and unpretentiously low key.
Last year she released a cookbook “Everything I Want to Eat,” which was nominated for a James Beard Award for Photography. For the last two years she’s been hard at work on the next chapter — opening a new restaurant on LA’s west side, a 120-seat dinner and takeaway spot exploring Eastern European and Middle Eastern flavors through a California lens (“The flavors of my childhood and heritage,” she explains). At the same time she has been working to develop an adjacent two-acre farm in Malibu that will eventually grow ingredients (focusing on draught-tolerant crops) for both restaurants. We met with Jessica at the farm for a morning exploring the land, which is situated in the middle of a former cactus sanctuary. Below, a conversation on what fuels her passion for discovery, and the experiences and memories that propel her forward.
Photos by Claire Cottrell / Words by Leigh Patterson / Florals by Sophia Moreno-Bunge 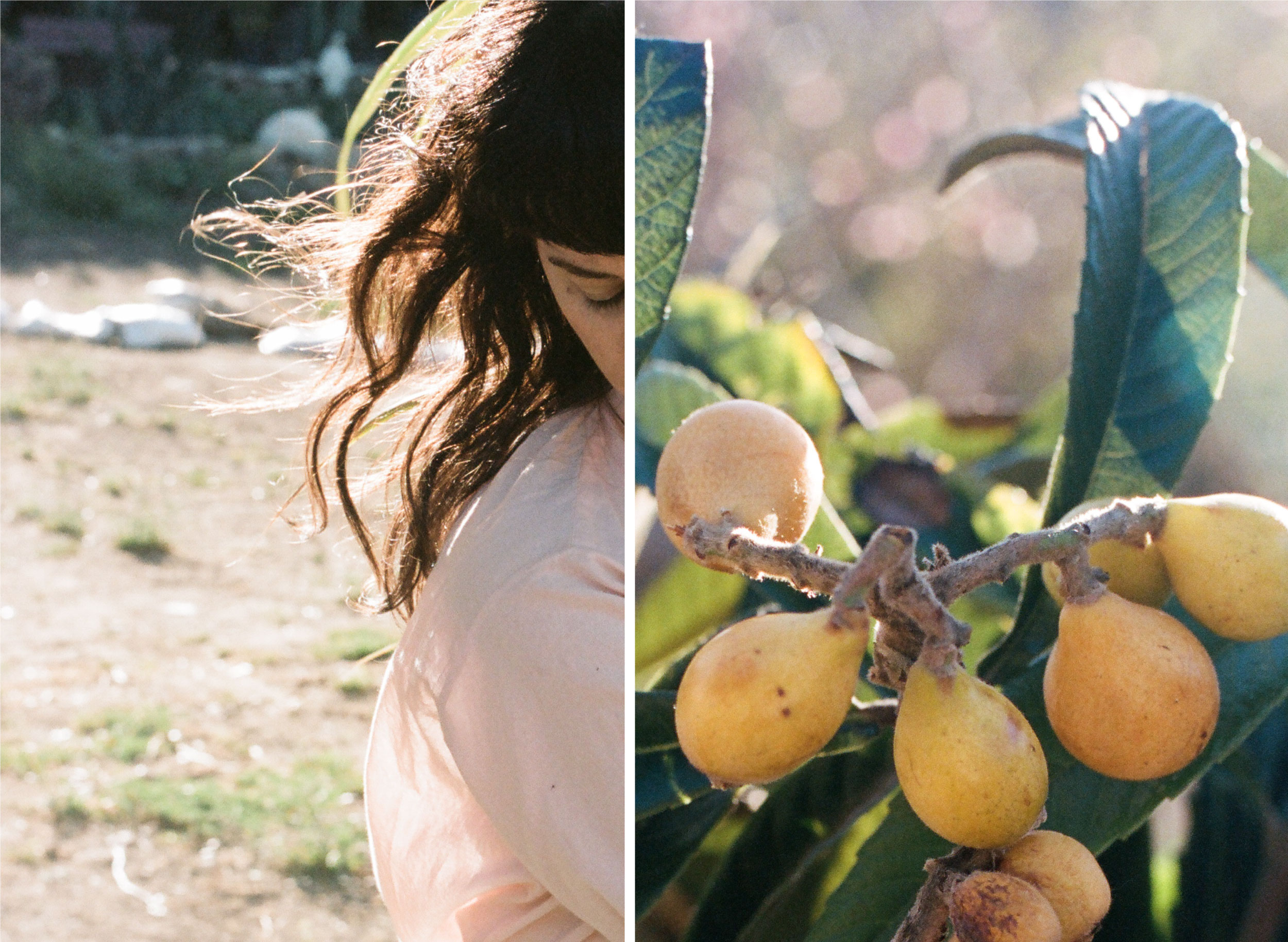 With the new restaurant you have put a lot of thought and research into food as identity: considering what makes a cultural or a regional “cuisine,” and also what it means to blur to those lines. What have you been considering?
I grew up in Long Beach — eating traditional Jewish diner food and also Middle Eastern food…but never the two shall meet. I had also spent much of my career in the kitchen thinking about the identity of California cuisine and wondering what that really means. When you think about a region like the South or a city like New York, there is this storied, rooted identity with food. In LA, there’s…a Cobb salad and a steak…? I think what is iconic to this city is still being discovered. It allows for the space to say, this is what California cuisine can be; it can be whatever you want. It feels like you can still call the shots in defining your own meaning, which is incredibly exciting and freeing.
We live in such a time of change. We travel, we live everywhere, we are everywhere. But certain foods or cuisines haven’t transitioned. My biggest desire is to take these two food cultures I love, the flavors of my childhood and heritage, and explore the crossover. I have been fascinated by studying diasporic cooking — communities of people who have moved from their birthplace but taken the techniques and ingredients of their histories with them. In new places, they incorporate and fuse these foods into the new settings and landscapes they come into. My passion is inseminating those flavors from my childhood — Middle Eastern pairings with an Ashkenazi sensibility — into California cuisine. 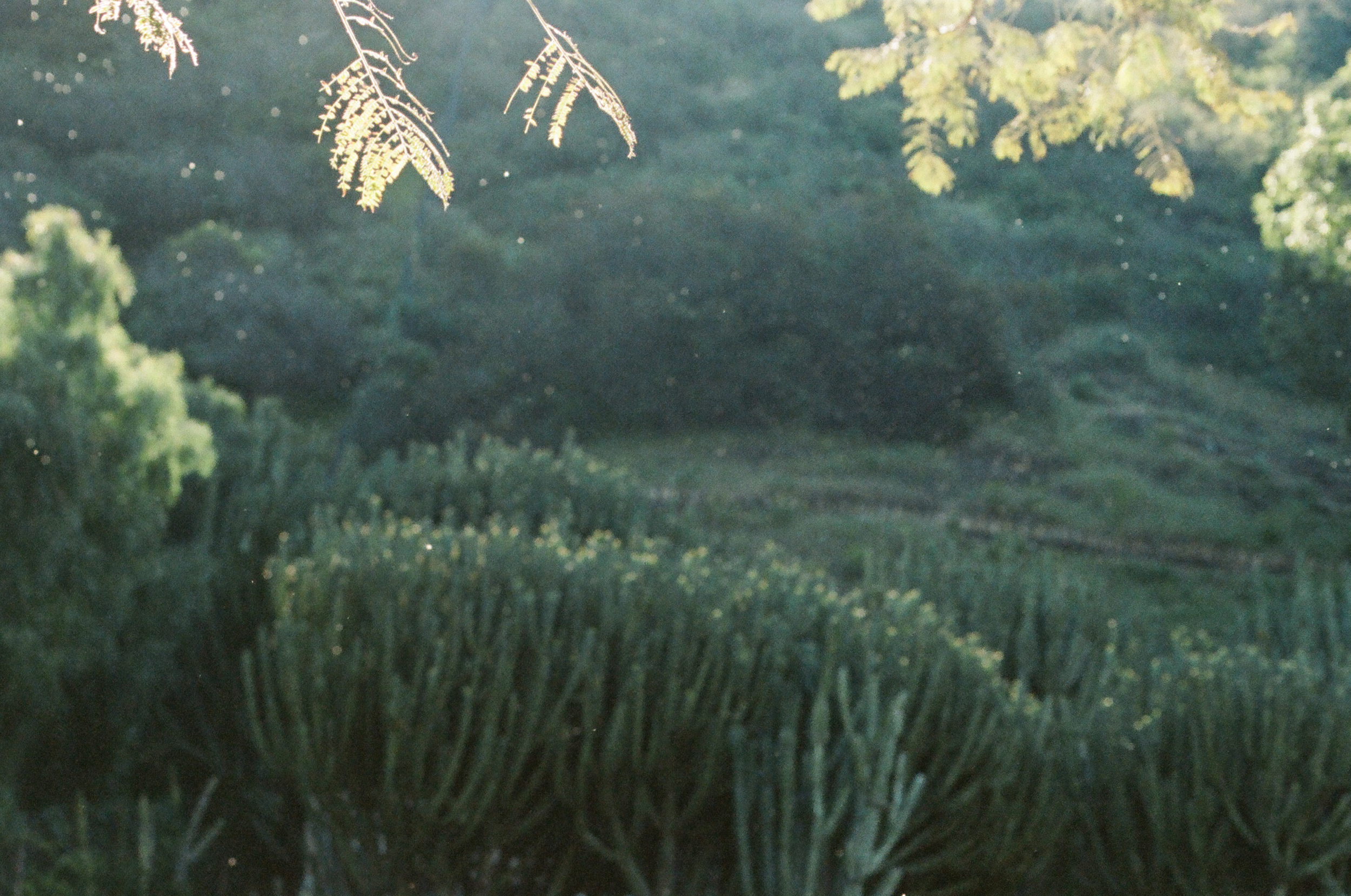 What are some examples of foods, ingredients, or pairings that have stood out as you’ve started to research and develop this new concept?
I have travelled a lot to do research for the restaurant — visits to Poland and Israel where I tasted, explored, and asked questions. I am always reading a lot, too. Ultimately, I want to create a Californian restaurant where the backbone combines the Jewish deli food you grew up with and Israeli mezze. Both Ashkenazi and Sephardic breads — pita in a wood-burning oven. Za’atar and nigella-seed bagels with labneh cream cheese and avocado.

I have discovered a lot of exciting ingredients: There’s this Polish plum that gets the most complex flavor when you smoke it — similar to braised lamb.

We do a lot of dehydrating which we use as salts to flavor dishes — we make a hot sauce that we use on everything. Then afterward, we dehydrate it and turn it into powder. We do the same thing with fermented, pickled mango.

I have also been thinking about staple ingredients prepared in nontraditional ways — Right now at Sqirl we have a sweet potato on the menu — the idea came from traveling in Poland where potatoes are such a cheap, accessible food. They will roast potatoes in these huge charcoal ovens and essentially make a loaded baked potato that way. We make a “loaded” sweet potato, filled with different things — for example, carrot nage, dehydrated hot sauce, Swiss chard stems, sweet potato chips.

The way you pair ingredients and experiment feels like an artist at work…do you have a background in art?
I did a lot of photography in college…and sandwiched between my experiences working in food I worked in film and television production. I do think I see food like an artist works, where I am constantly thinking about layers and texture…all of the possibilities of dimension. My “palette” just happens to come from a different sense. I like to use unexpected techniques, ingredients, or textures and impart them into something familiar. Recently I had a dish that was a bowl of grits with these huge chunks of hominy in it. It was the perfect example — sometimes a dish needs something other than just flavor to add dimension.
In the new space you’ve also brought in a staff curator who will be bringing events and art into the space. Can you talk more about why this was important to you?
We’re developing a program with events that will focus on food and community and politics. Using the space in a way that artists and community members can think about what it means to run an art space out of a restaurant — it’s a different setting than a gallery space and presents such a unique opportunity. For example, hosting dinners where artists come together and have a meal where the dishes are conceptually-driven. We recently showed a documentary about seeds, “Seed: the Untold Story,” which is about how varieties of food are becoming extinct because people aren’t saving the seeds.
When the opportunity came up to have this second space, I wasn’t interested in just recreating the same thing I was already doing. I wanted to push my own creative development. I was hungry for the right opportunity. It has taken a lot of time to come together — I’m looking forward to the work that’s going to happen but I’m also very aware of what I’m getting myself into. It’s a big undertaking: two restaurants, a farm, curatorial events, catering…I think at some point I just made the decision that if I’m going to go for this, I’m going all in. This is my life, my work, my future. I’m in. 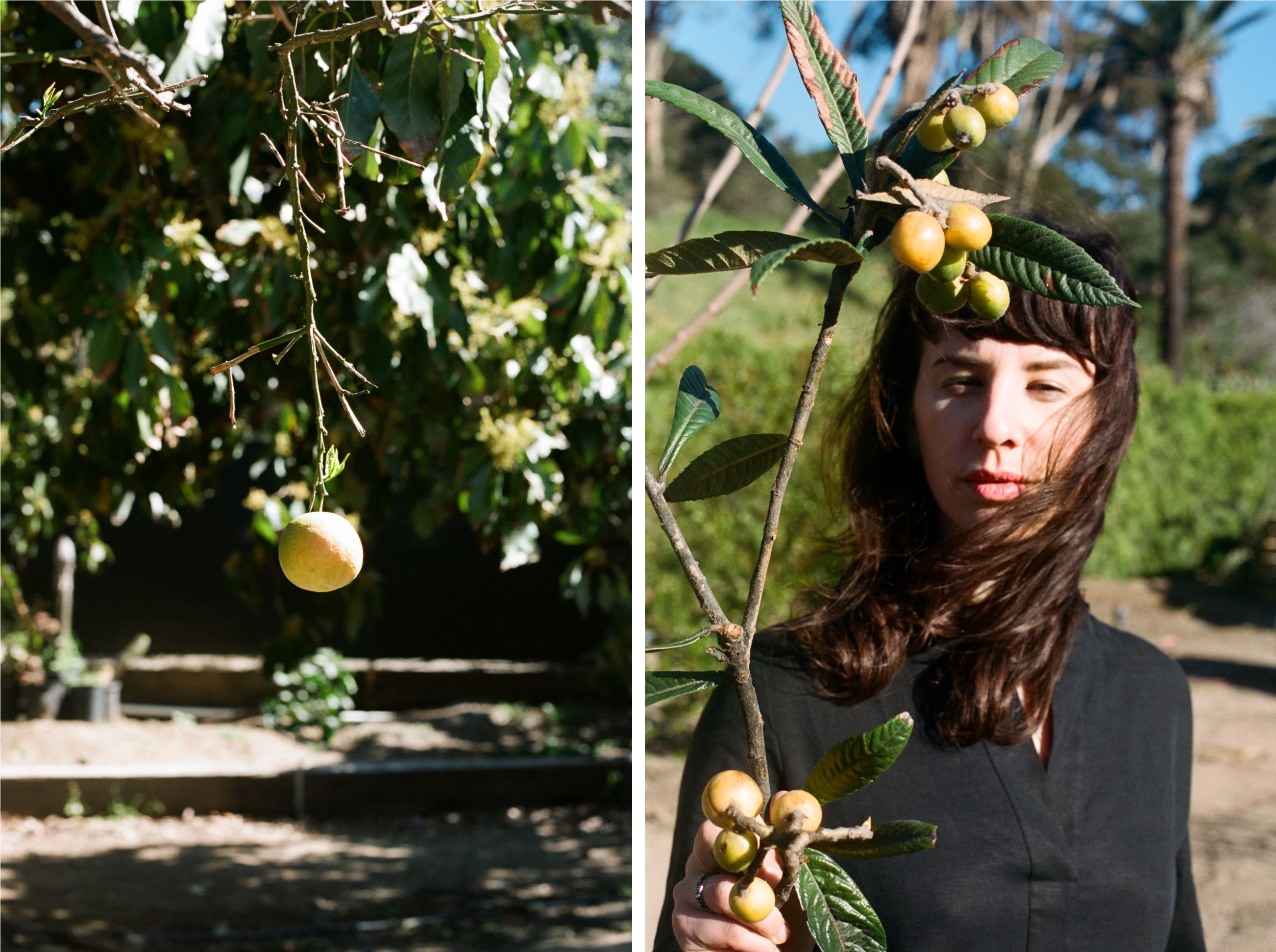 What is on your nightstand now? What have been some recent reads that stuck with you?
Jeremy Fox, "On Vegetables." Straightforward vegetable recipes that are hit with unique combinations and depth of flavor. The dishes weigh heavily on technique — just an incredibly friendly, yet thoughtful book. I’m loving it. I also recently finished Gary Taubes, "The Case Against Sugar." I’m mulling through stacks of seed catalogs for the farm. You can see I’ve got a laser, one-track mind.

What is a favorite quick dinner or go-to easy meal on a week night?
Embarrassing (or not), I make popcorn and drink a glass wine as a dinner, often. The way I change it up is through the seasonings…sometimes I take our preserved lemons and dehydrate them, turning it into salt.
On a personal level, what do you require to feel more well + “balanced” (in whatever form that manifests for you)?
It’s really important for me to find time to exercise each day. Knowing that I show up for myself gives me the ability to show up for others.

What are you most passionate about?
I wake up every morning grateful for my health, my breath — just the ability to be alive and create. I’m a passionate life-liver. The minutes and the seconds are important. It’s all so fleeting, so it's important to find value in the minutia and in the failures and success you generate. (Not always easy…)
What have been some of the biggest lessons you’ve learned?
At the end of the day you have to live with yourself and the choices you make. Keep your head down and do the work that feels consistent with your vision. That’s my take, anyway.