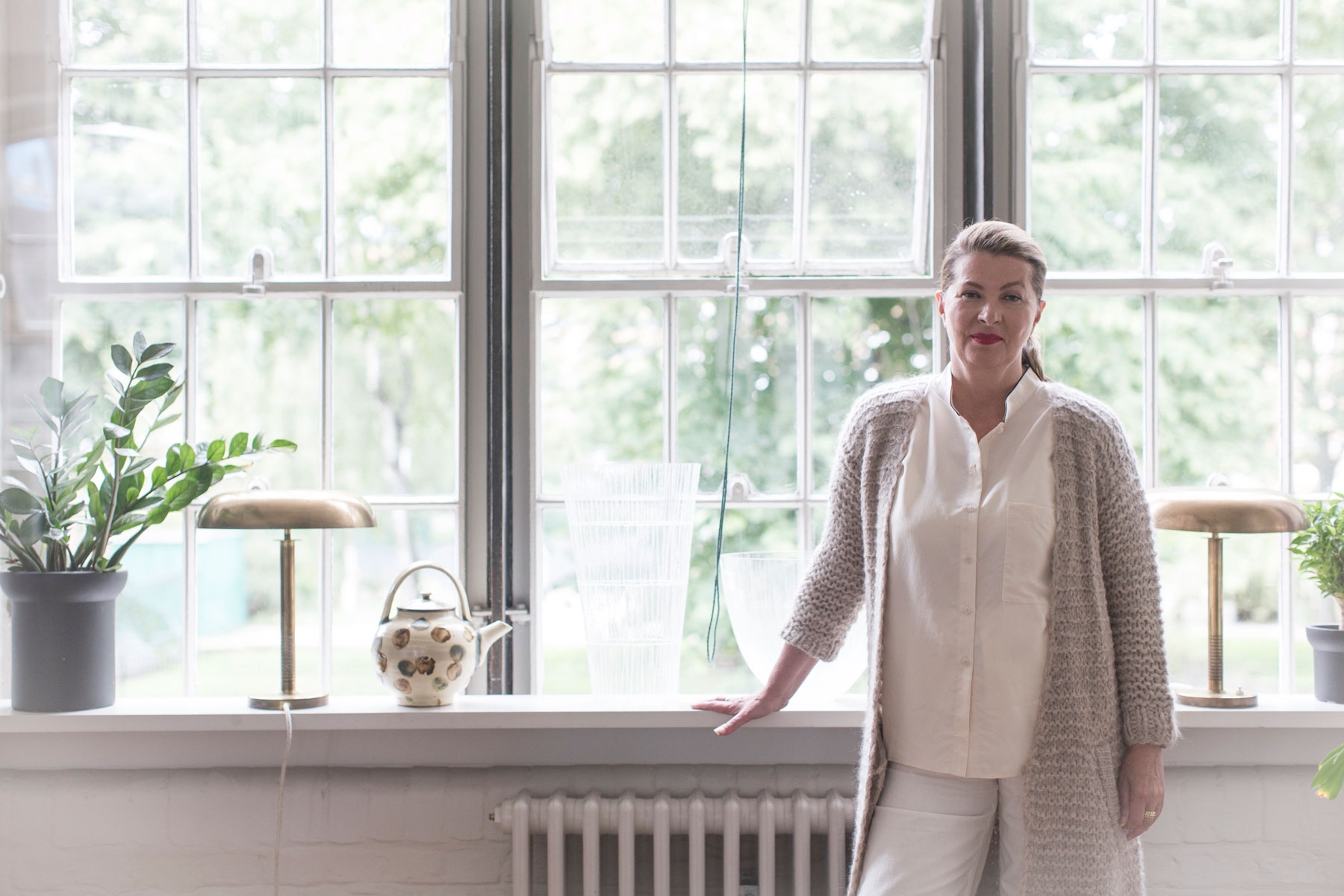 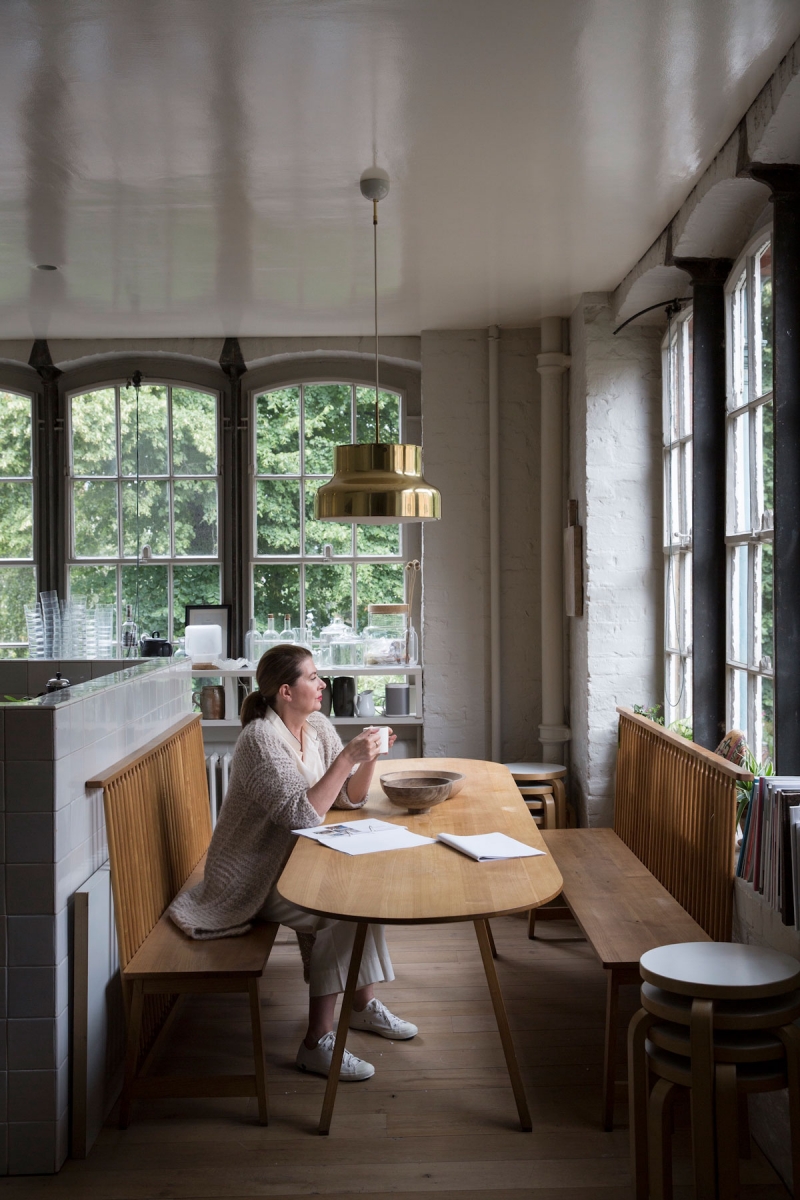 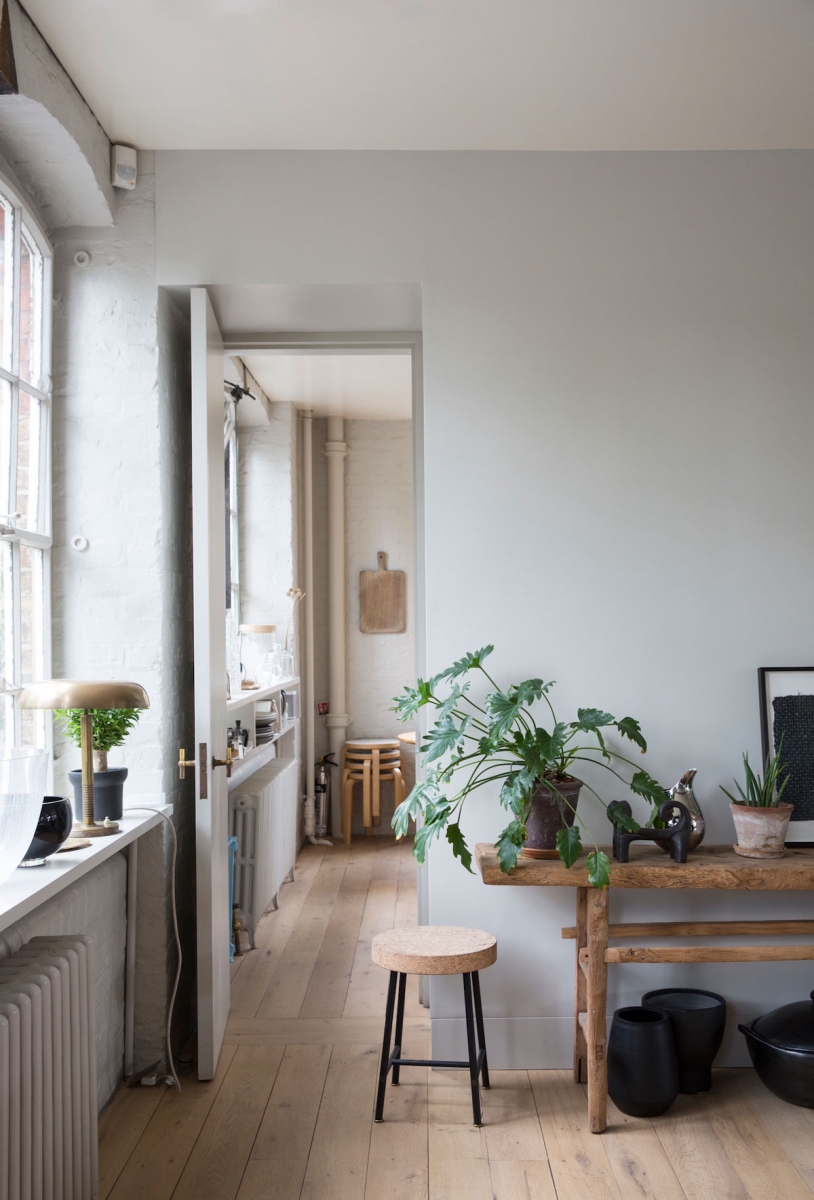 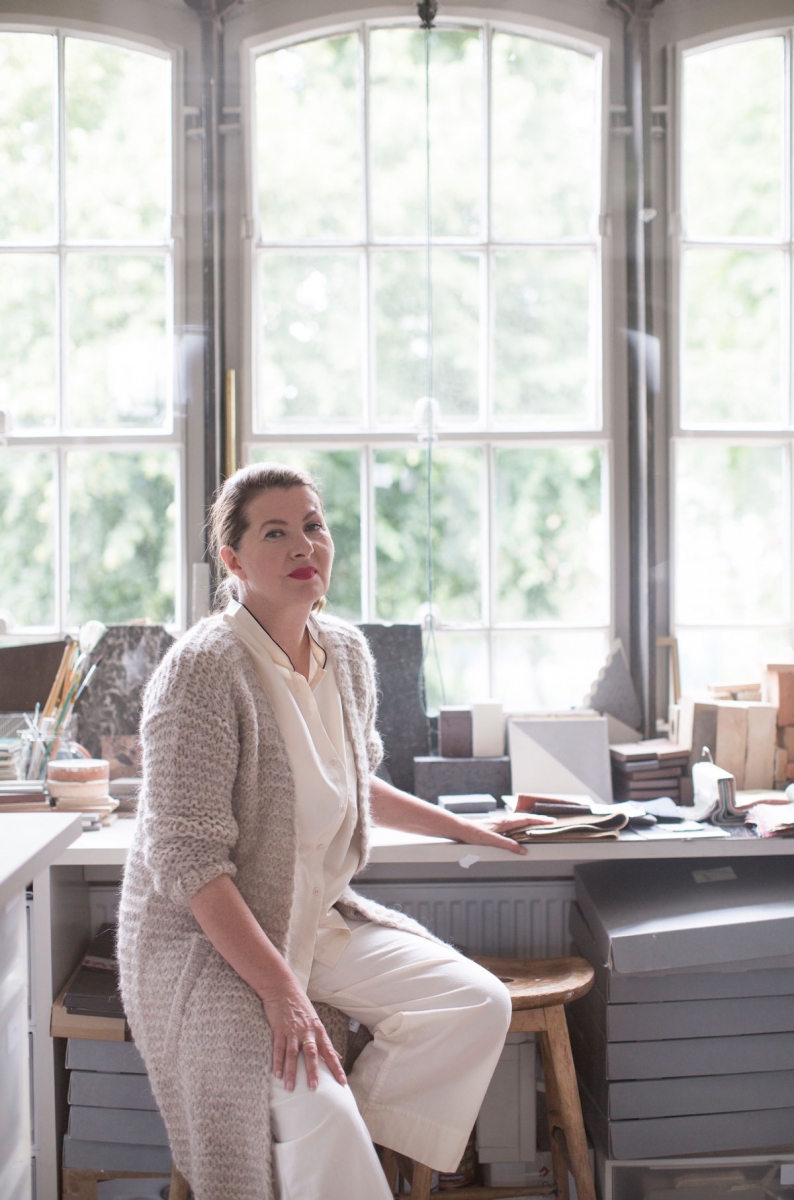 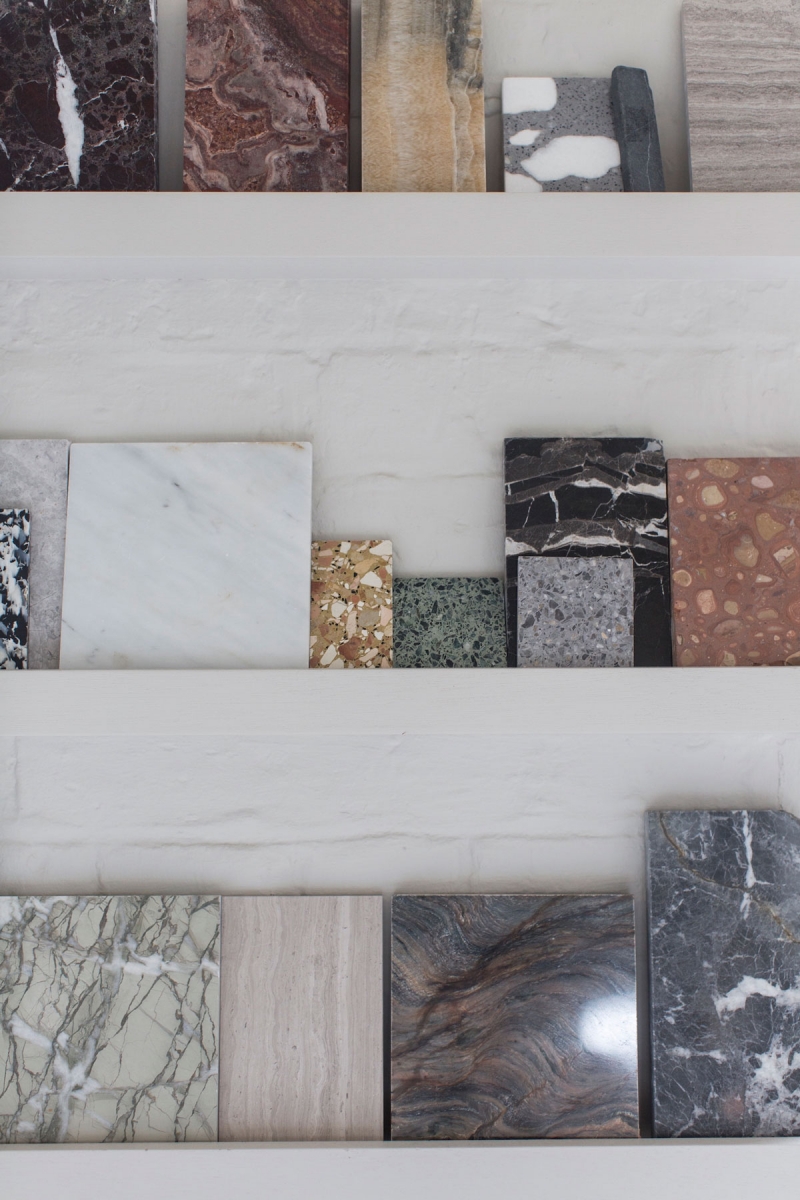 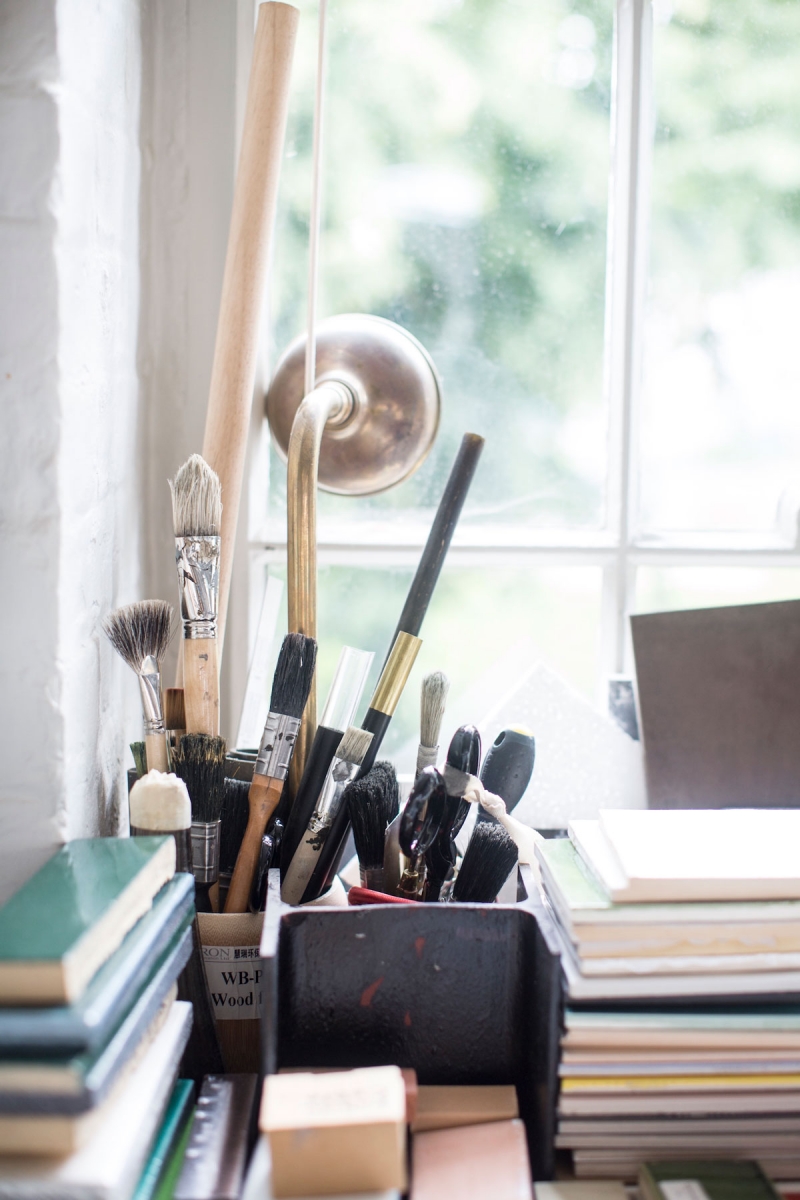 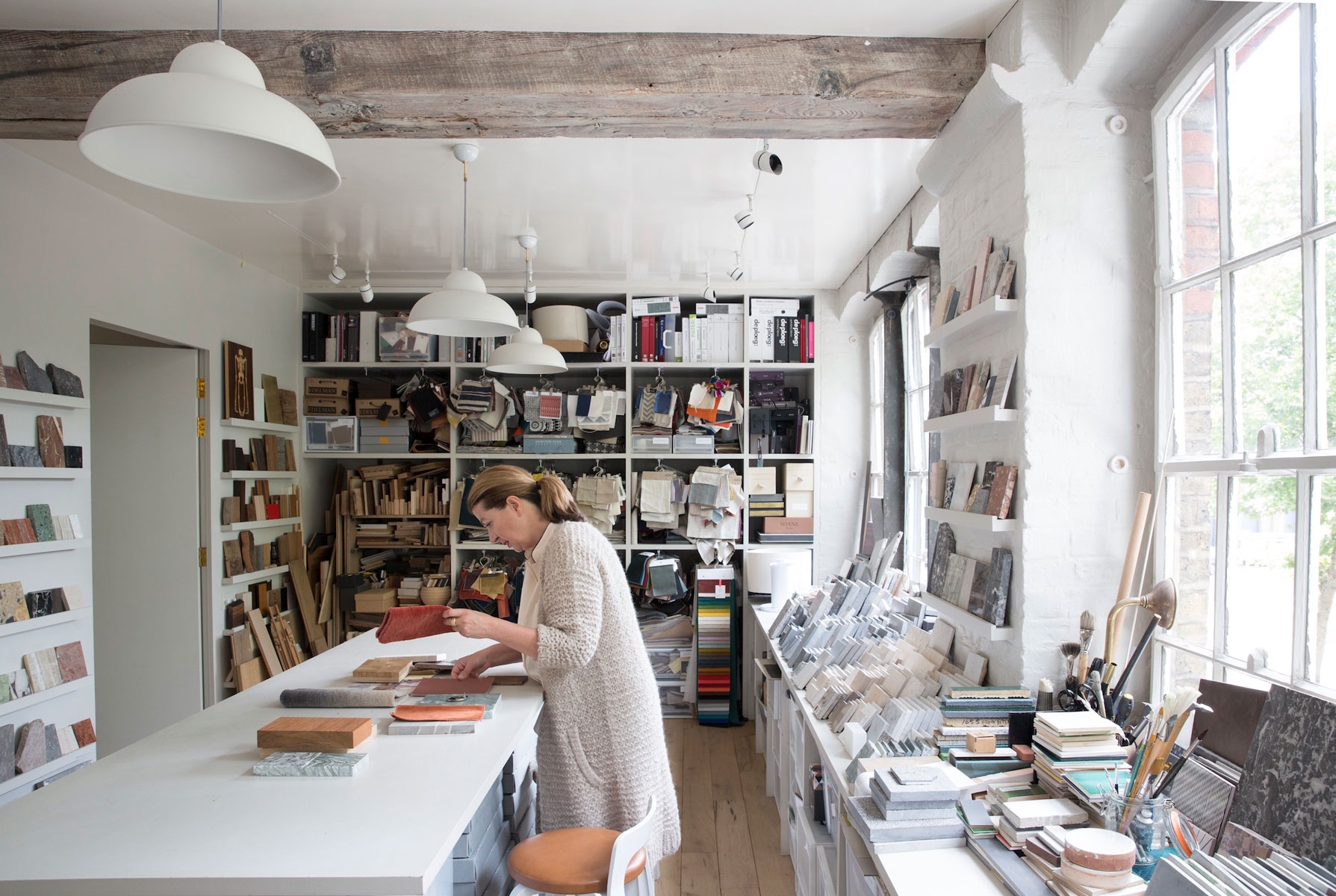 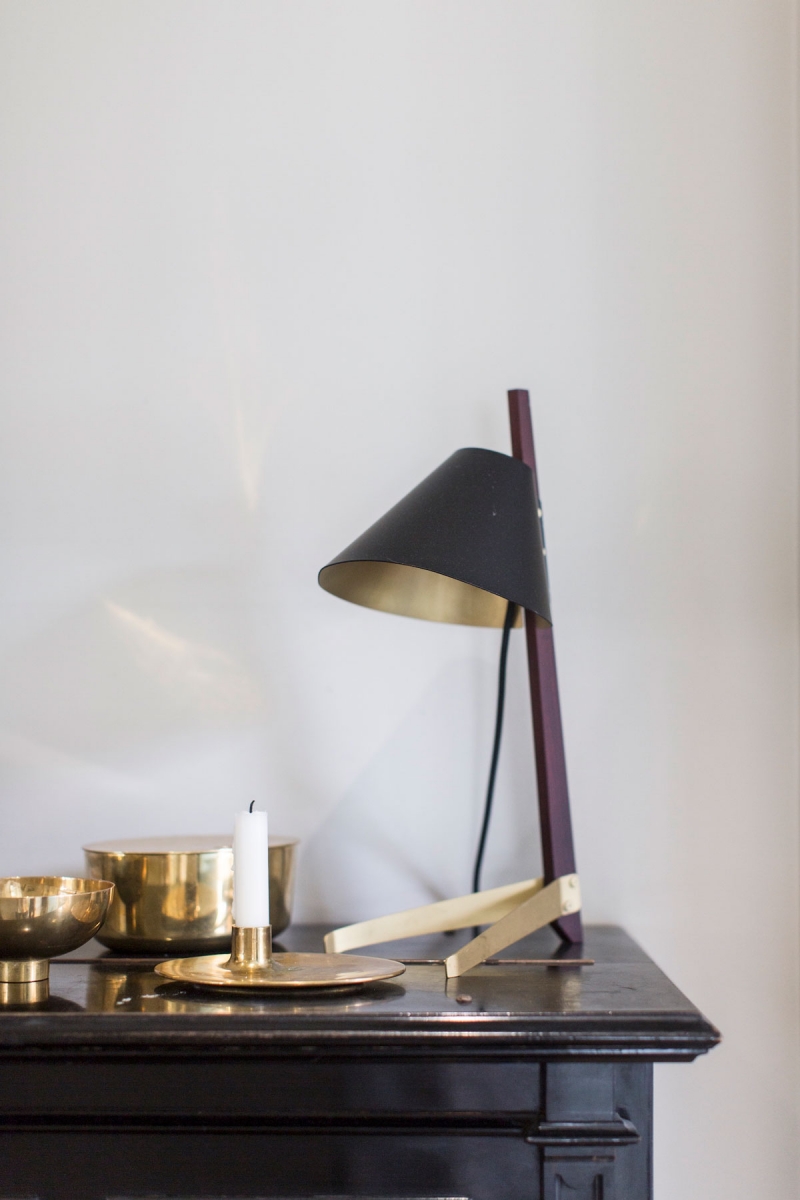 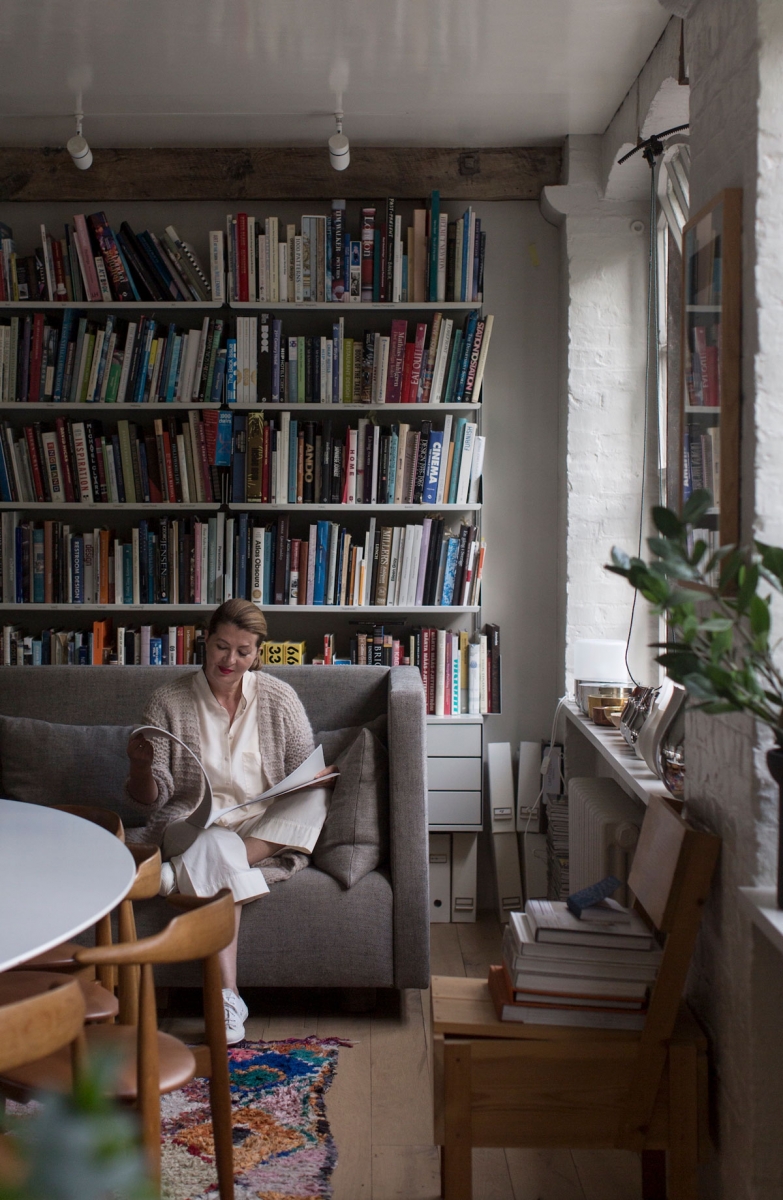 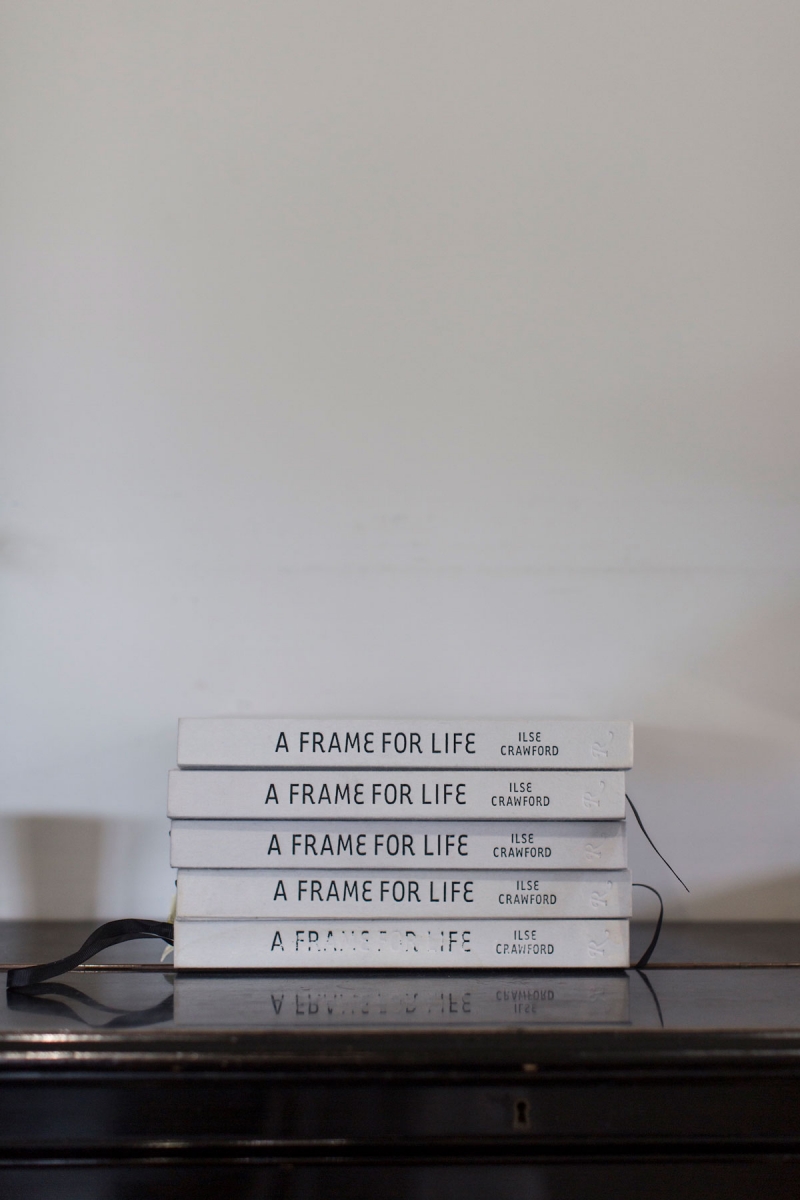 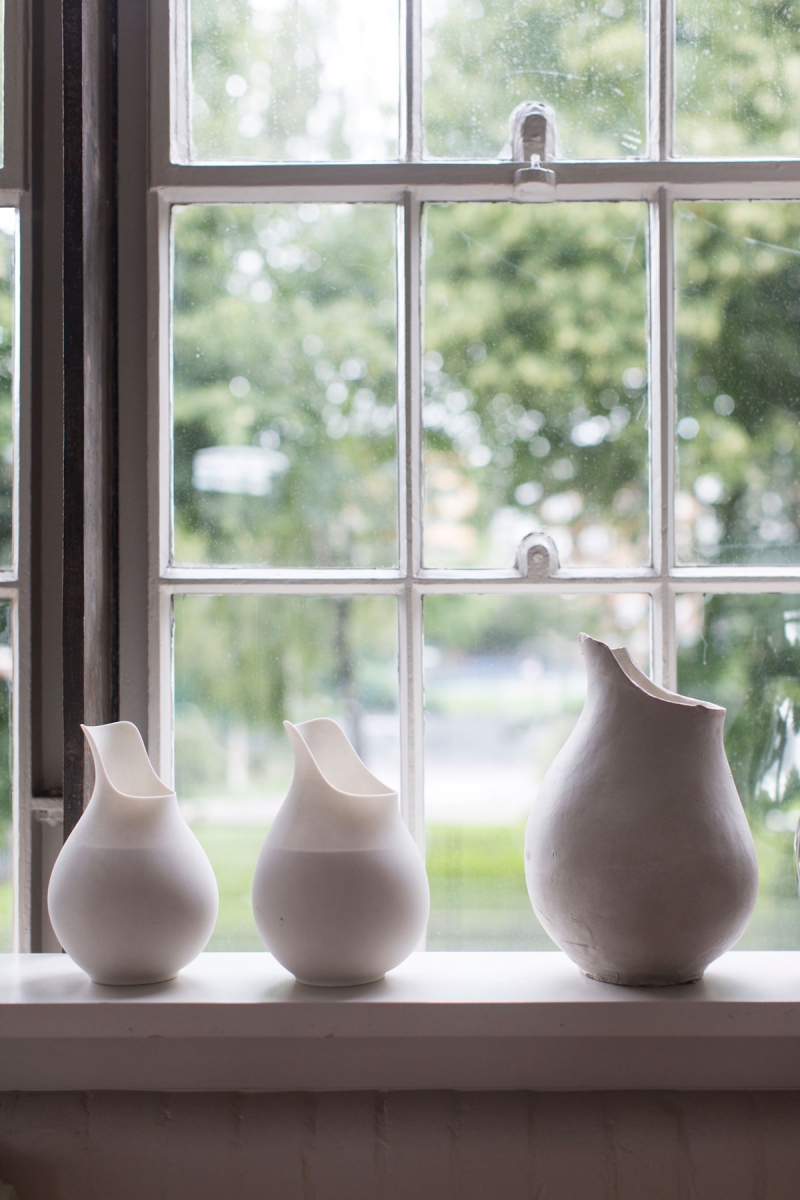 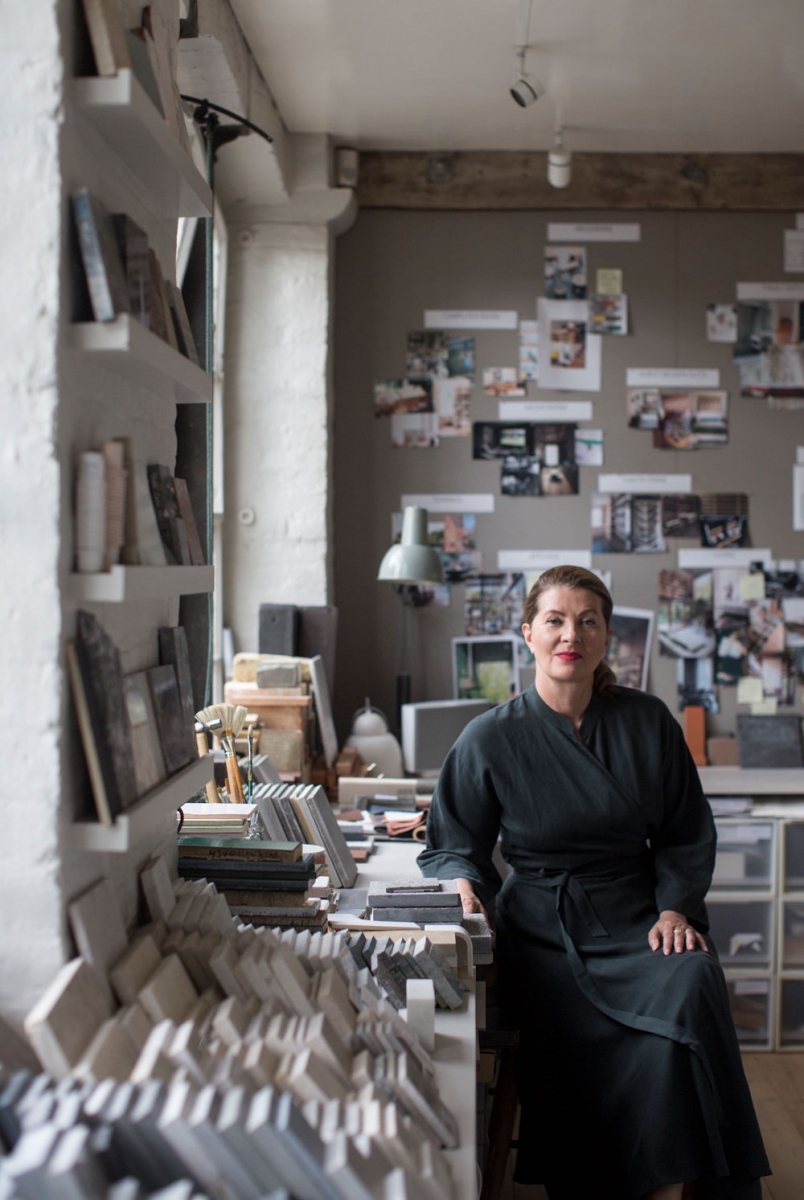 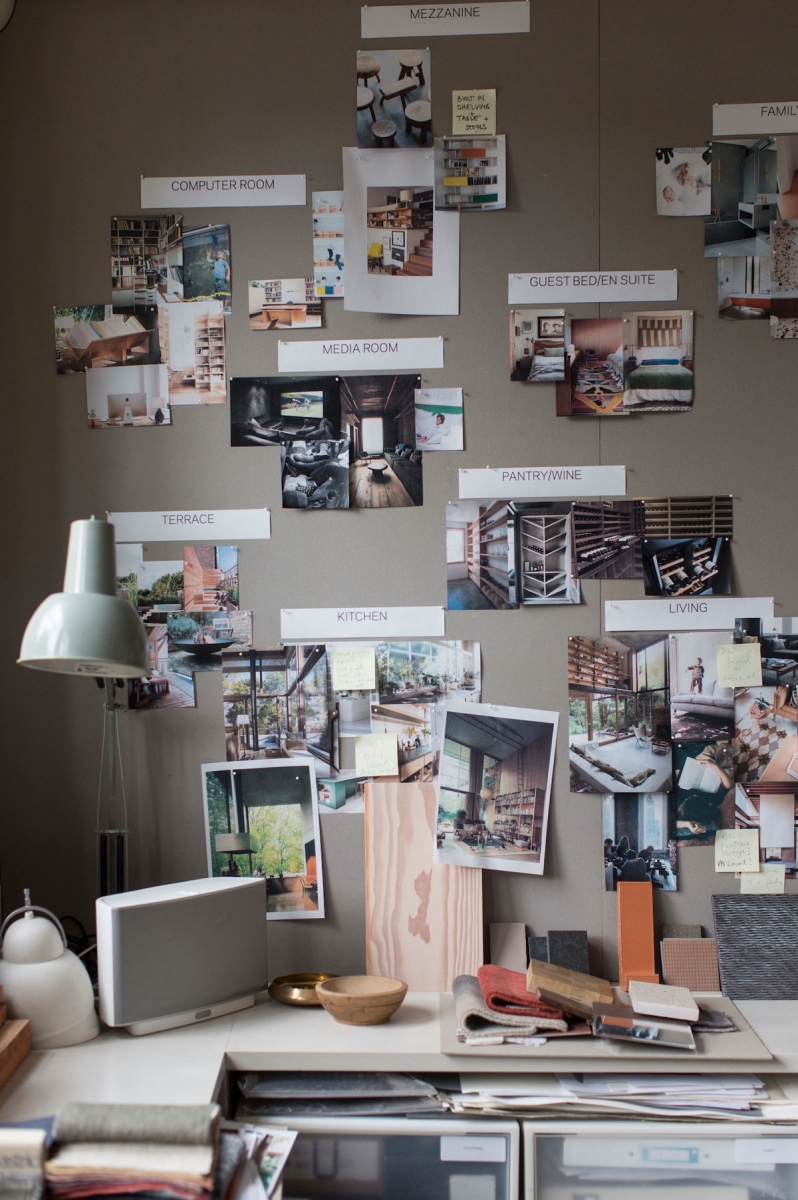 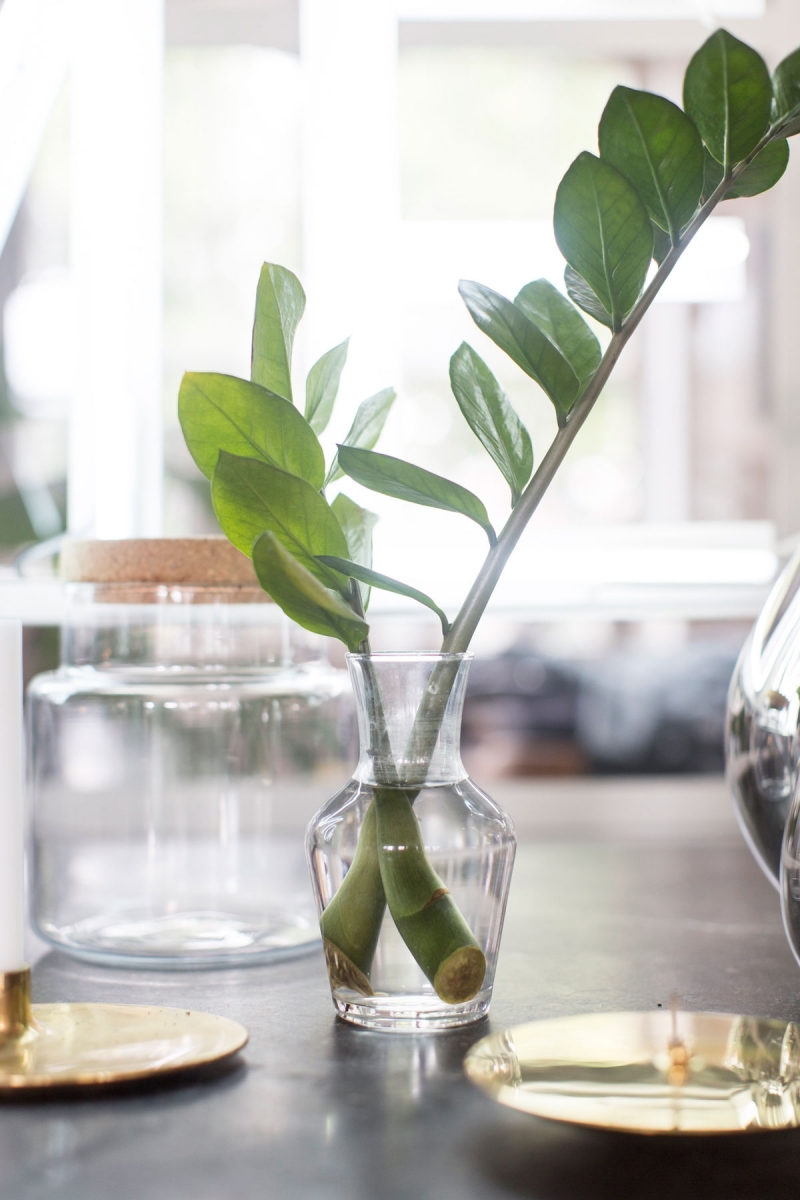 Design is often associated with just form. A vehicle for something functional or aesthetically pleasing. The interaction with the human aspect is considered the final step. In her award-winning studio, British designer Ilse Crawford proves this idea wrong: Before design, there is empathy. Without it, there is no good design.
With her Studioilse team, the former founding editor of Elle UK has (among many other projects) designed spaces for the Soho House Group, the Ett Hem hotel in Stockholm, as well as creating a furniture collection and new restaurant strategy for IKEA. Today Crawford is not just appreciated for her work, but also for her ethos — as a Head of Department at the Design Academy Eindhoven, she leads “Man and Wellbeing,” a course on how to integrate humanistic values into design. This month, we visited Ilse Crawford and Studioilse in London to discuss essential empathy, the (ir)relevance of beauty, and how to build “a frame for life.”
Photos by Helen Cathcart, interview by Zsuzsanna Toth 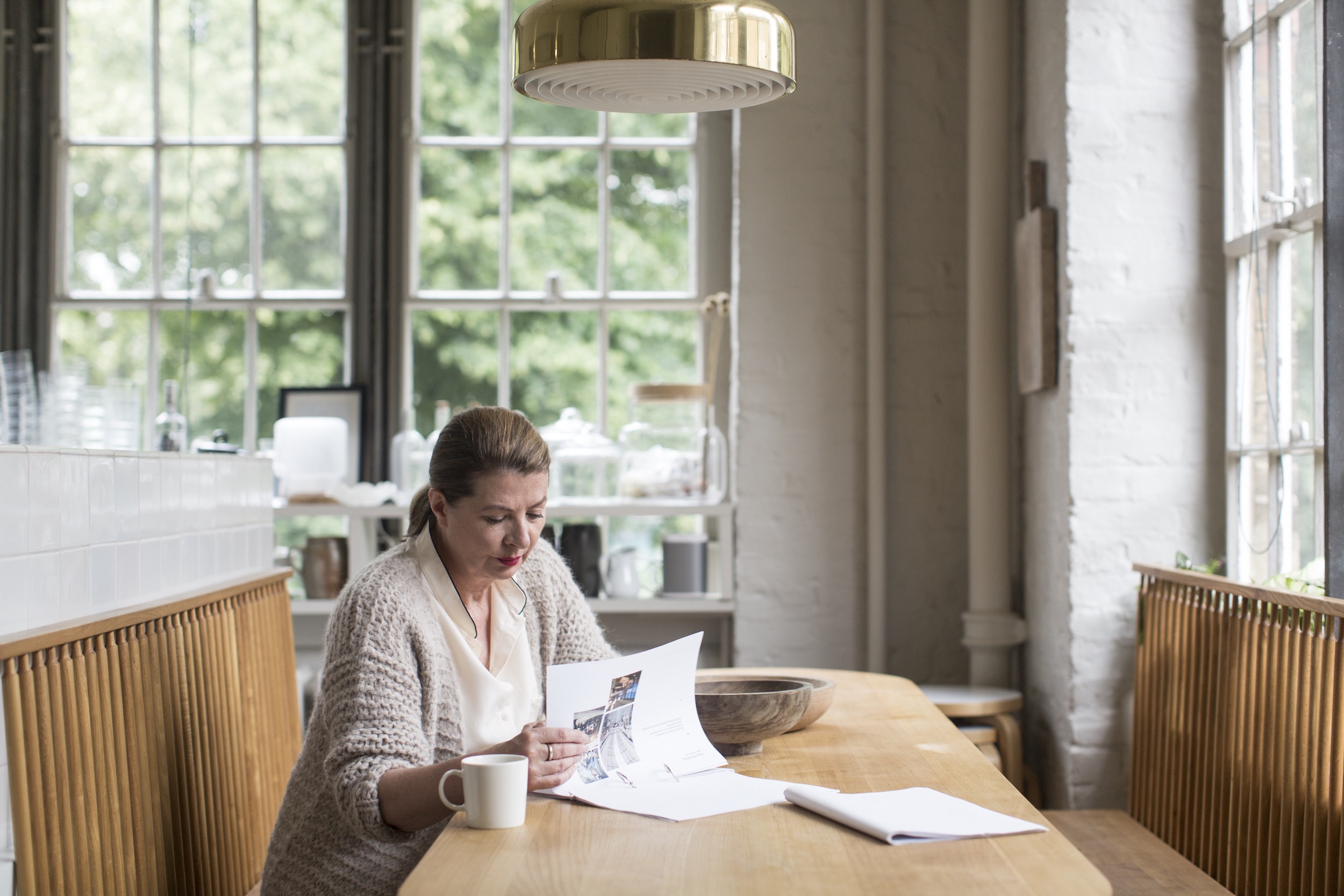 Did your upbringing influence your creative approach? Was interior design a relevant topic in your childhood home?
I don’t think it was interiors that influenced me most — it was life, full-stop. I came from a big family, and we didn’t have much money, but there was always enough space to express ourselves. My mother trained at the Chelsea art school so we would always paint, dye fabrics, and make things together. The old vicarage we were living in didn’t have a lot of furniture — we had one room devoted to table tennis, in another we had a huge kitchen table where people would gather and hang out. My dad was an economist and journalist so the kitchen table was always a place for lively debate. We were encouraged to think for ourselves and challenge existing norms. It was very bohemian, but open and free; it was a creatively engaging place.

Your studio here feels like it inherited a bit of those memories …
Maybe. We have Wednesday lunches here, a shared meal with the whole team, and there is always a place for someone new to join. We are all ultimately social beings and this space is designed to support and stimulate that.
What is your approach in designing public spaces — like hotels — that serve as temporary “homes”? How do you define home?
Home, and I don’t mean “a home” but the feeling of being at home, is quite complicated. It includes the rhythms and rituals of daily life, the feeling of safety, practical, physical, and emotional needs. But it's an interesting one as these days we also increasingly want to feel at home in public space. Creating a space and providing the services that support a feeling of home in different contexts can require a long analysis.

We always start with the idea of the individual experience and that is what we champion throughout the building process. Interior designers are often (and quite wrongly) brought into a project only at a very late stage, at which they can only affect the surface and are not able to integrate concepts into a part of the bigger idea.

I believe you can’t just stick the human aspect onto the end of a project. When considered at the beginning it changes all decisions along the way. It is so important to watch and talk with people from the onset. No one is the same. And especially when you see the inside of someone’s house, you often discover things that are surprising, or not as apparent on the surface. I really enjoy discovering those particularities of each individual, while building a framework that makes the everyday more special. 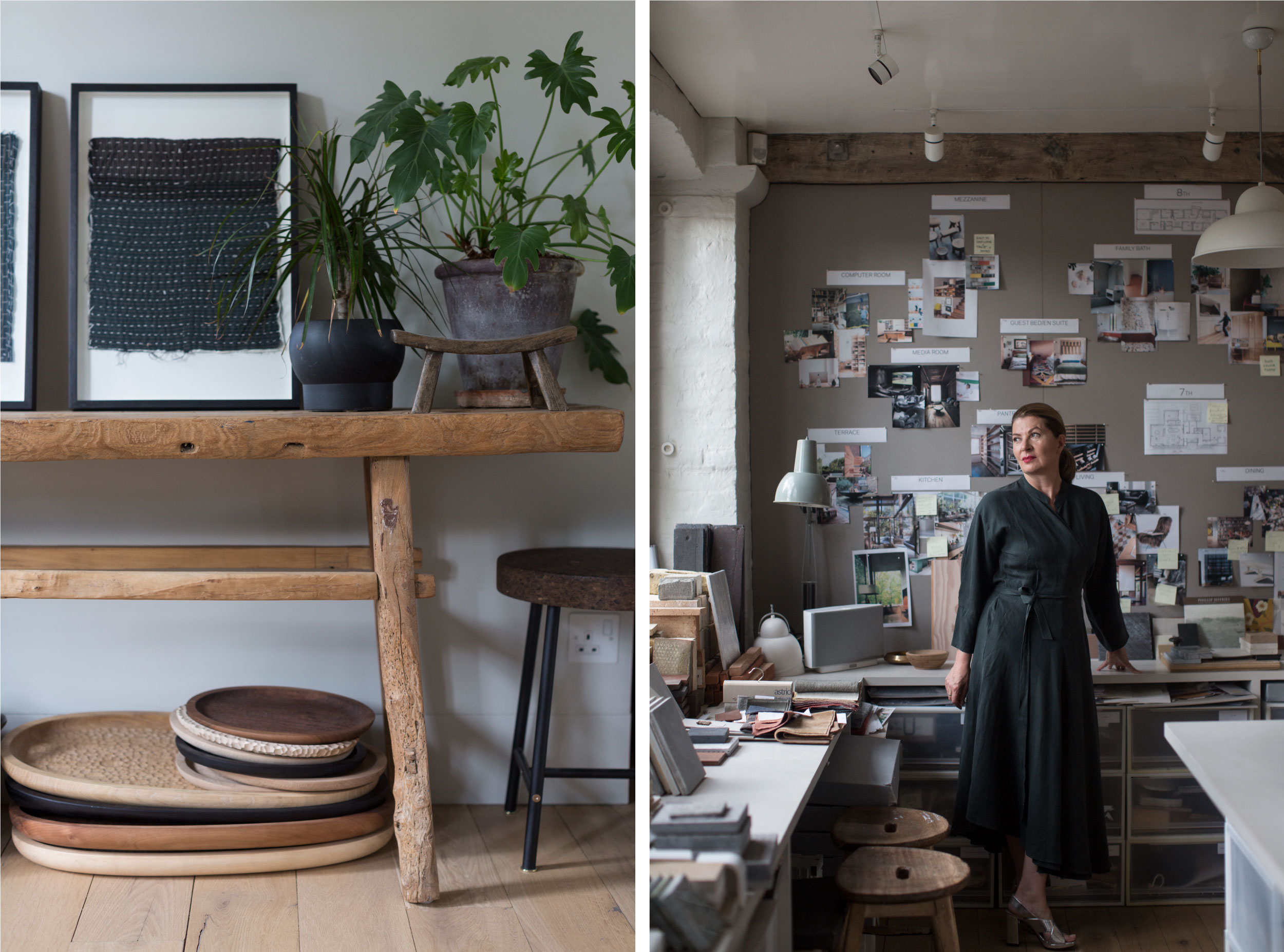 You often say “Without empathy there is no design.” What do you mean by that?
Yes, I truly believe that it can be applied at any price point: with it, I mean that we are all ultimately people. For example, when designing a business class lounge at an airport, everybody thinks of luxury and not the fact that people are busy, tired, and jet-lagged. Airports are tough places. The last thing they want or need is magnum champagne bottles waving at them. They want to get from one place to the other as comfortably as possible, and an airport lounge should support their needs intelligently (privacy, healthy food, a place to nap, easy charging, etc).

The audiences you design for are fairly different, comparing a hotel like Ett Hem to a giant customer retailer like Ikea. How does your creative approach vary for different customers?
The process is actually always the same. We start with interrogation, asking questions, reaching insights. With Ikea, we wanted to focus on sustainable production — we looked for materials that offered new opportunities in that respect.  But we also wanted to create furniture for people to value and keep — as well as being affordable and functional. We wanted to make desirable design at this price point and lose the association with disposability. So when we thought about the pieces, we wanted them to be ones that everybody at the studio would actually want in their own homes, from interns to designers to the woman in charge of finance.

Ett Hem began with the question of how people can feel cared for and valued. Hotels often offer a lot of services on the surface but the only actual interaction taking place is putting in an order and receiving it on your bill. We based the concept on the idea of warm and intelligent human contact throughout and designed into that. For example, the kitchen is shared by guests and the chefs who use local produce and ingredients and are able to talk about that. Also we carefully selected sustainable brands and producers. We wanted to create a system where the money you spend goes back into good companies. As my dad said, 'every pound is a vote.' Even if the scales of projects are different, the ethics are not worlds apart. 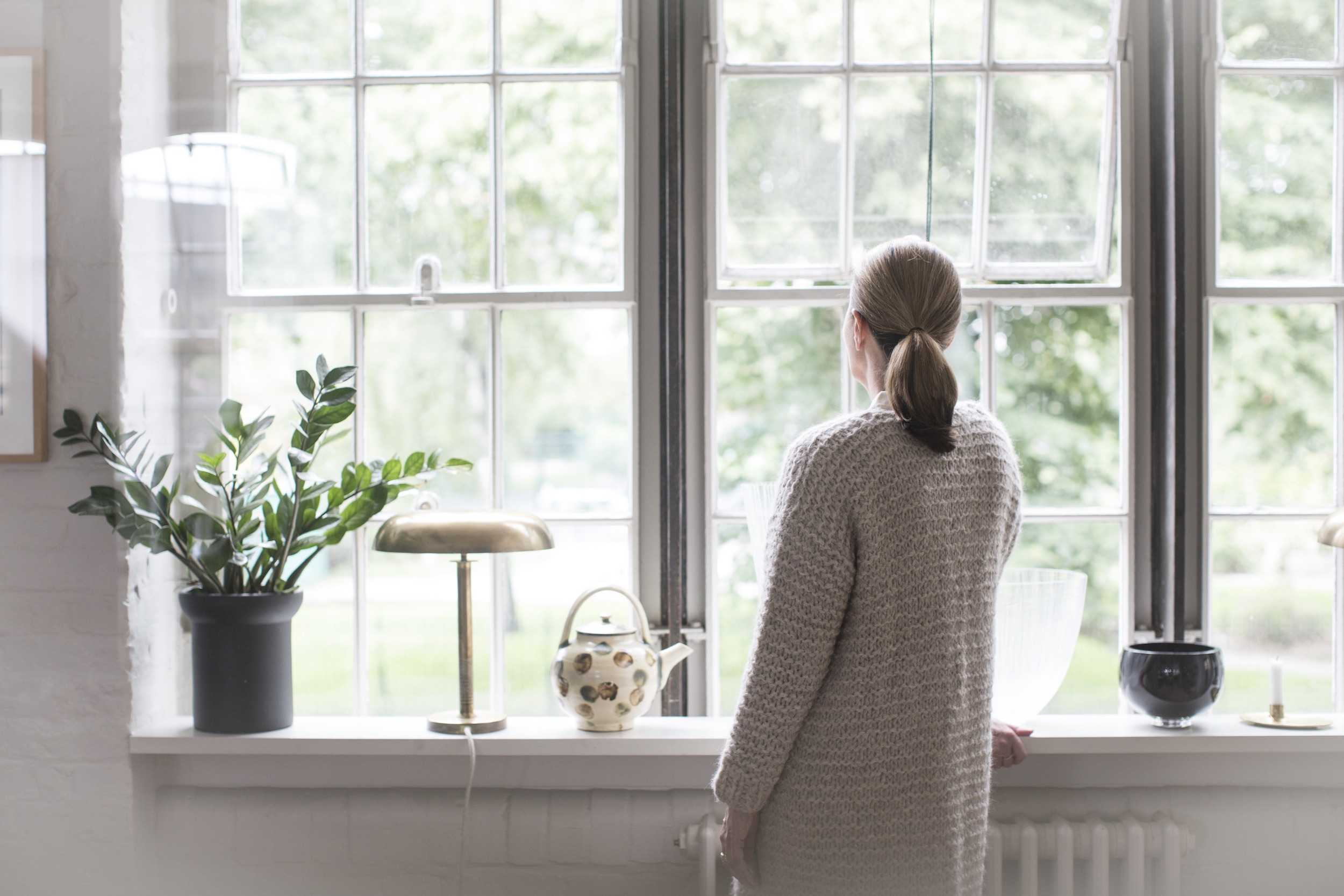 While the human aspect is so important in your work you are not directly in touch with your actual audience, which in a way I guess is comparable with being an editor. You speak to your readership, but once they can actually connect to it and you, you are not involved anymore.
People often think it was a massive change for me to move from journalism to design, but these areas actually aren’t that different at all. A physical medium in terms of interior design lasts longer than an article, but the initial approach in design is quite journalistic. You interrogate, build an understanding for your consumer, you filter through so much information, and build a hierarchy out of that. All journalistic tools come in very handy.
Has social media and particularly the “democratization of privacy” — the shift of making something private constantly available — affected your work?
It's interesting that while the public domain is becoming more homey our private domain is becoming more public. People nowadays are 24/7 telling stories about their lives on social media. This is nothing new about the obsession with image: but the scale is. As a former interior design editor I can say that was the usually the case even in the 90s. Even then there was the notion that creating a perfect image was more important than considering how places were actually lived in. I think this is a problem as we then create unlivable and unlovable spaces. However it's true it takes more effort to work with realities than dreams. But the results are much more rewarding, more inhabitable and hospitable, and more lasting. People are messier than they want to appear … and much more interesting.
Is that “final image” of a space still important to you?
It is certainly not my first priority. The way something looks is the last layer of our work. It is more important to bring people together, to figure out how to engage all senses, and discover how to embed the unmeasurables, as we call them. And then, in the end these spaces will express their own special beauty. After all, aesthetics are important too, and as designers the language of aesthetics is one of our tools. But we don't start with an image. Aesthetics are an integrated part of the whole and depend on the context.

For example, recently we did a project with chef Massimo Bottura, the Refettorio Felix community centre, working with with his non-profit organization Food for Soul to create a soup kitchen providing meals for the homeless from supermarket surplus. Here the brief was actually to make it a beautiful space — which makes a lot of sense — social projects don’t often value aesthetics. Typically it's quite the opposite; many people would say it shouldn’t be a priority of a social project at all. That aesthetics are superficial in this context. We disagree. We believe if you can make projects like that beautiful, it shows someone cares. An aesthetically appealing space doesn’t just bring dignity to the situation, but makes it a place to hang out for a few hours, where the people using it feel comfortable and can talk to each other. A big difference to a cafeteria where they just take a plate and leave. This case shows that aesthetics can be meaningful. And can be a social tool that builds a bridge within the community. For example here the space can be hired out after hours, as well as used for corporate events, which helps support the project. 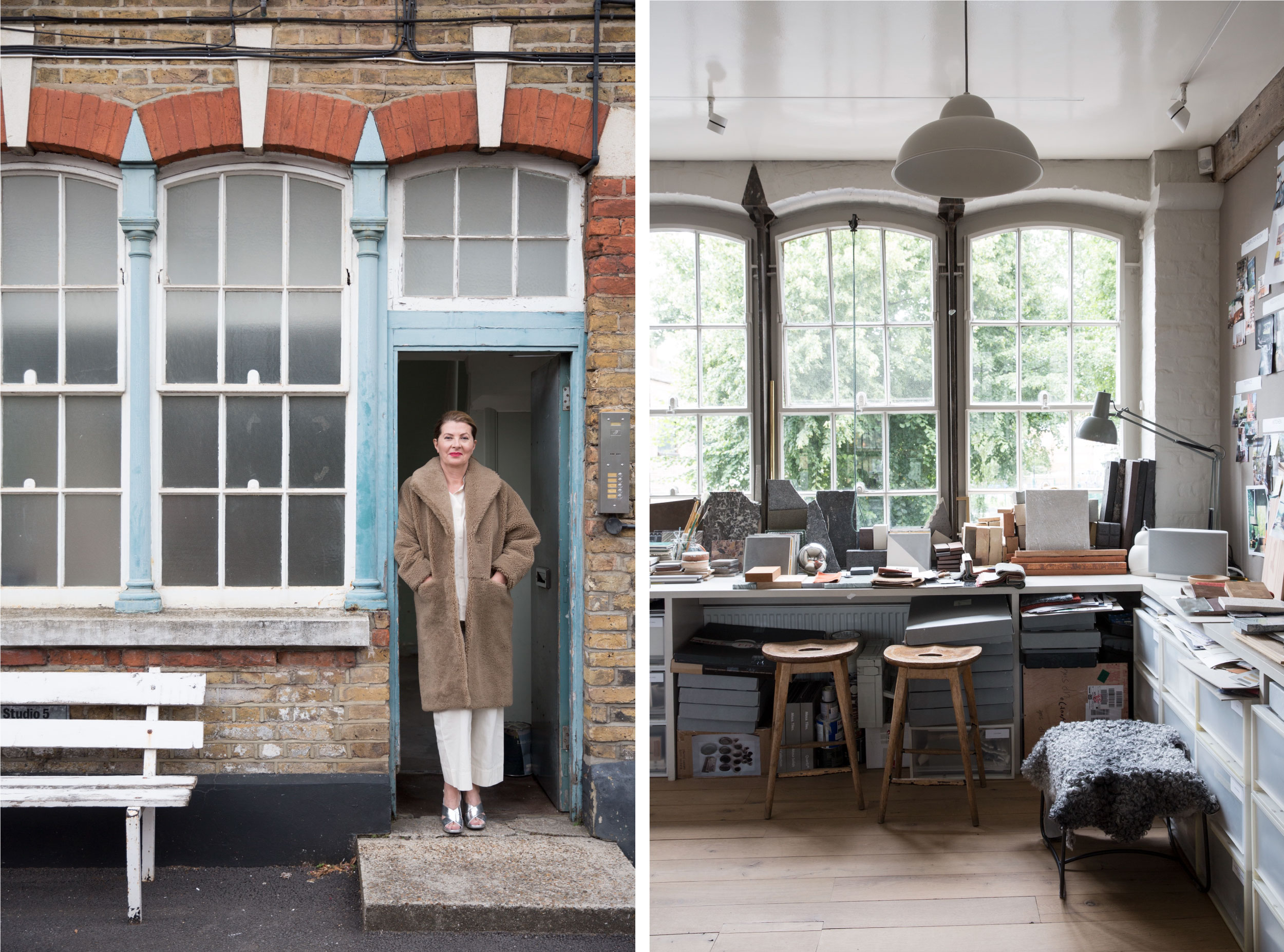 What is your favorite part of a working process?
The end is always satisfying, seeing your ideas materialize and watching people start interacting inside the space. That is wonderful, but overall I would say my favorite is the beginning: I find that specific uncertainty so interesting… the process of researching, learning about a project then narrowing down all possibilities, making decisions, bringing the cool-headed, warm-hearted ideas together with your intuition.

What values or people have worked for you as something like a mantra for your work?
I love this quote from Jane Jacobs, one of my heroes: “When cities get boring, even the rich people leave.” Cities as well as all the places we live in should be living things. That is true no matter what the budget.  My role is to create spaces that people can make their own. Otherwise they have no life. And they don't last. As designers it is our responsibility to design from the inside out, to support the qualities of a situation, and the people that will use it, not to impose an image, to make a project “be” something independent of the essential human needs of those who will use it.