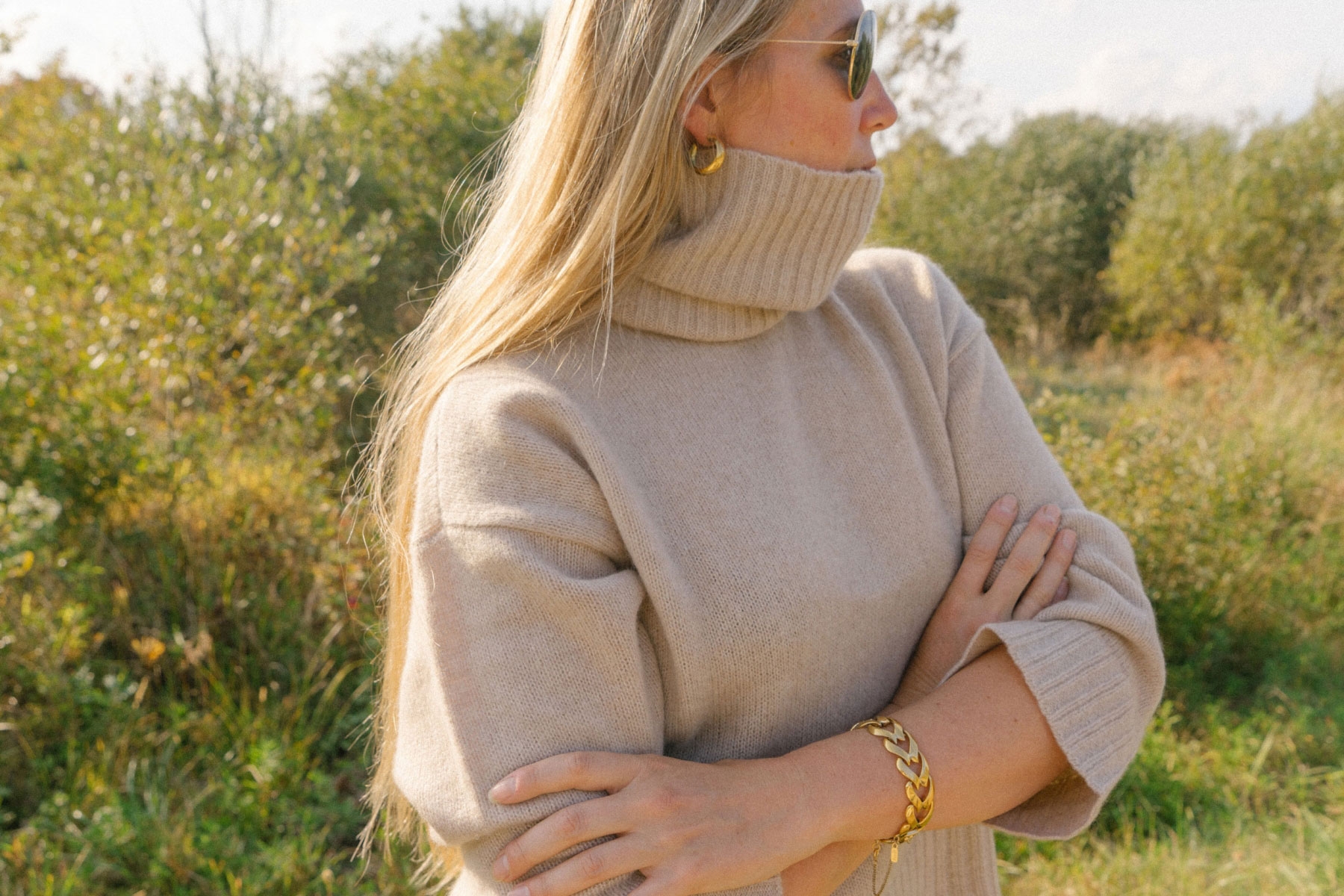 To view the work of NY artist Colleen Herman is to get lost in a sensorial world that feels alive with color. Herman’s paintings explode with exuberance and emotion — holding a raw, palpable energy that is exciting to observe. As longtime admirers of her work, we were delighted to learn that by chance, Colleen was spending part of the fall in the Western NY countryside with fellow Apiece Apart Woman, photographer April Valencia. The two are old friends, and let us listen in on a conversation about the creative process, lessons learned in quarantine, and the deep value of finding and defining the idea of “space.” Below, an excerpt of April’s interview with Colleen, and portraits of the artist. 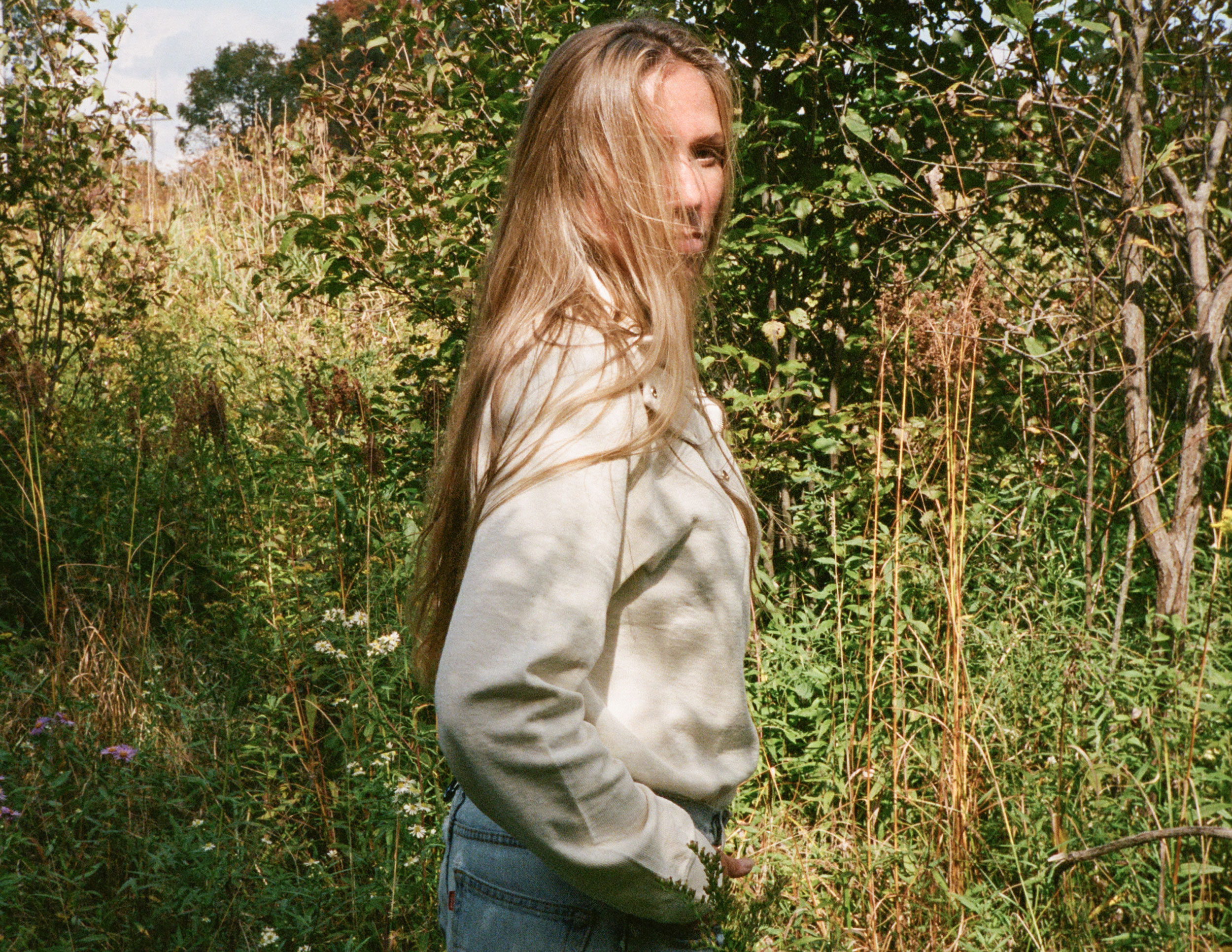 April: If asked to “describe” yourself, where do you start?


Colleen: I just feel like I'm crossing the threshold of being able to say,  ‘I'm a painter. I'm an artist.’ For so long it felt really alien to say those words. I like just saying, "I'm a mover, I'm a dancer, I'm an artist. I play." Something that’s more open-ended, ambiguous, malleable, and can change.
It's exhausting to have say, "I am this," and then to live up to that definition. I want to be what I need to be in that moment. 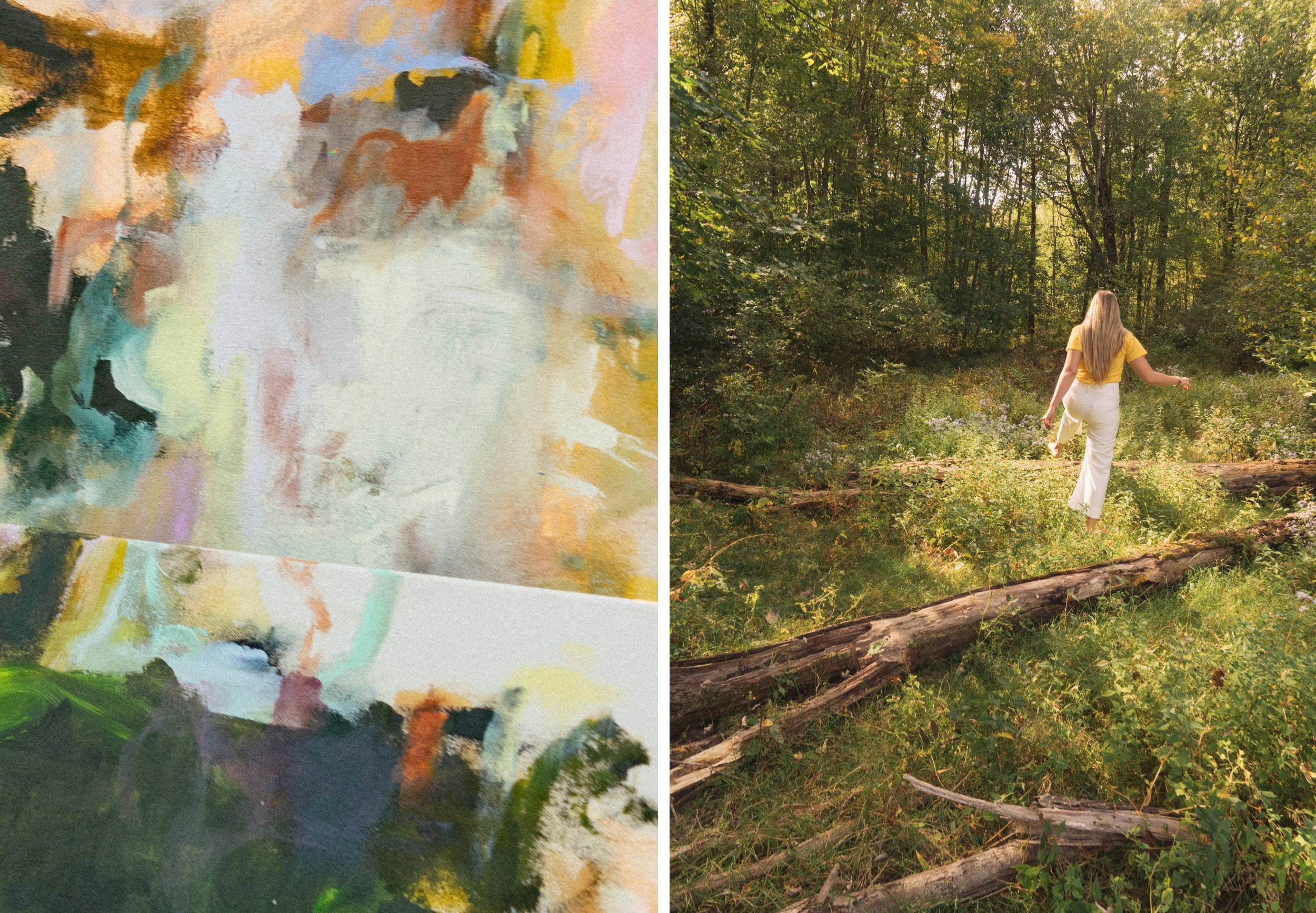 April: How did you make the leap to being a full-time artist?

Colleen: I think the biggest leap-taking moment was carving out space to make work that was outside the "professional work studio" I had been in as a textile designer or a creative director. Once I set aside the resources and the time and committed to an art studio, there was a place to create the work.
The work you do in your professional life is just that—it’s professional. And there were certain things I just needed to get out, almost vomiting up, something that felt like a rebellion to whatever was going on professionally. That “moment” for me came at the end of a week of traveling for work. I was sitting in a tiny plane on the tarmac and I had the epiphany to apply for the Pocoapoco residency, which would go on to be a time that changed the course of my life and changed the way I see other artists and the way I work. I just started furiously typing this application into my phone that I wanted to get off before the plane even took off.
There was a line in the application, a translation of a line from the Chandogya Upanishad, which in English translates to, "Space is the same as joy and joy is the same as space." When I first read it, I thought, ‘Okay, fine. As a new Yorker, more space, happier, I get it.’ But I didn’t. And I think since reading that, that understanding has become clearer to me. 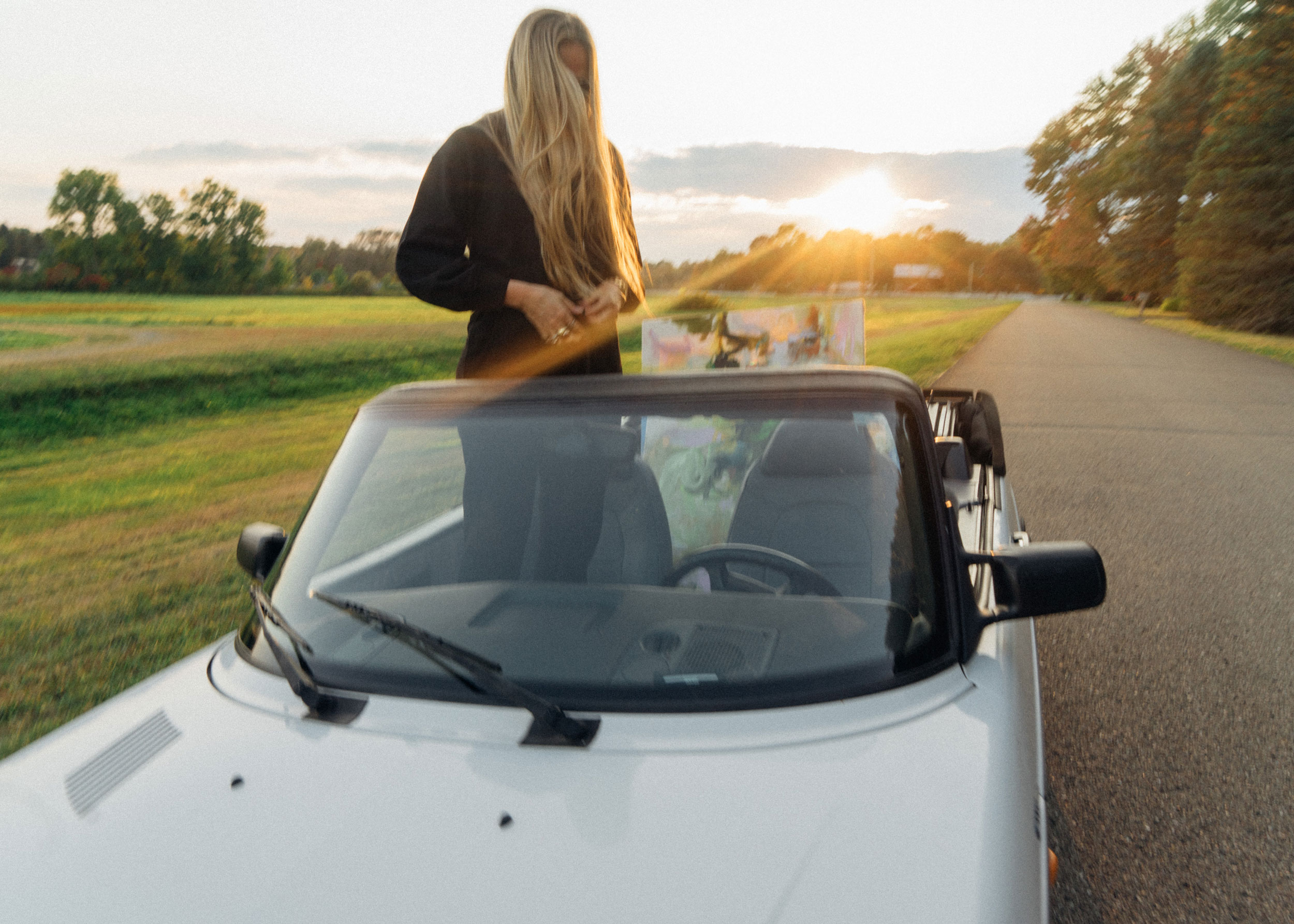 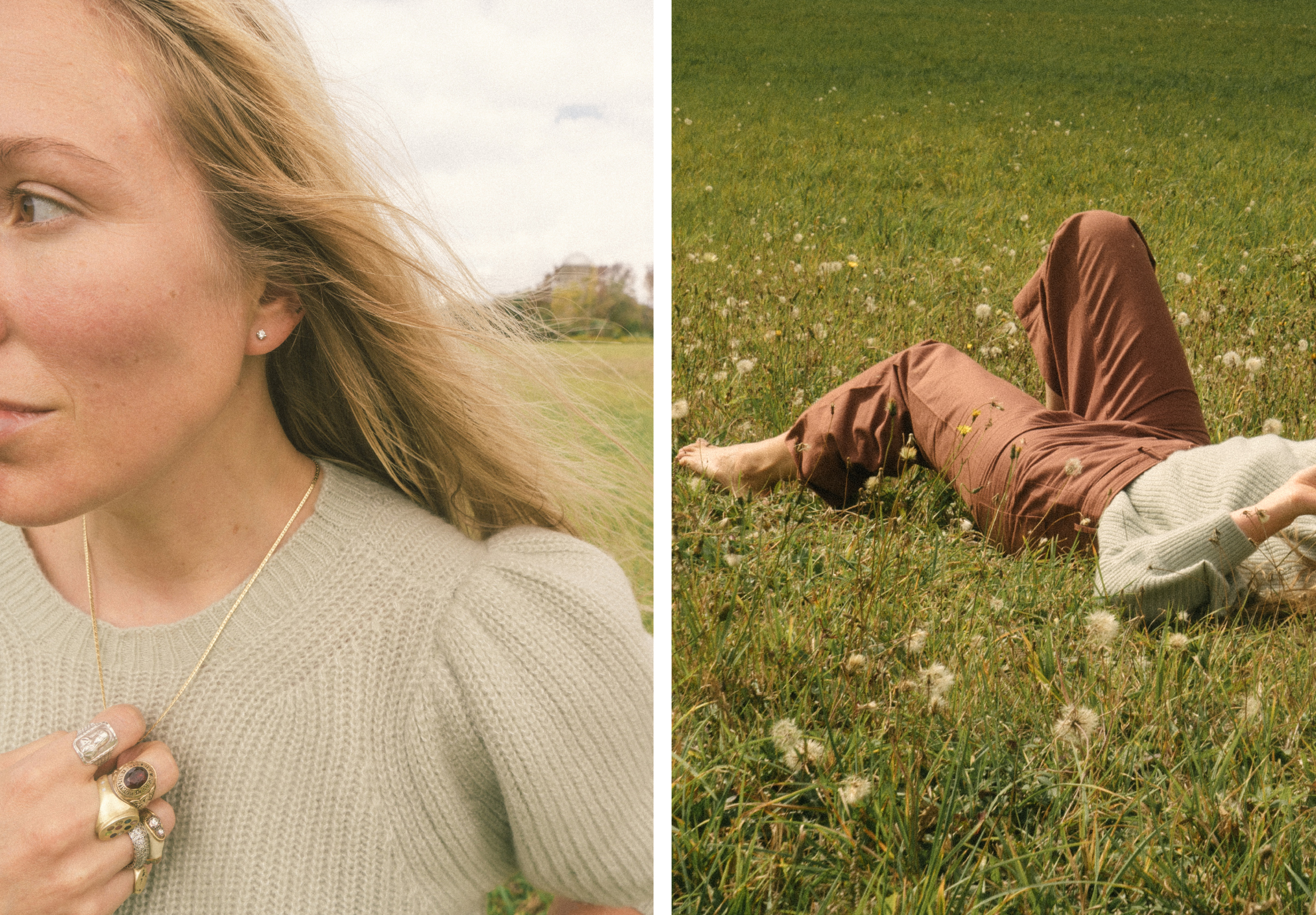 April: What does "space" represent to you?
Colleen: There are layers. On a gross level, there is physical space — and sure, having more rooms, a bigger studio, the physical place to make things is joyful. But for me it’s more about expansion: Happiness makes us feel bigger than our small selves. In the art practice, that spacious feeling comes from having the true inner impetus to make the work. And maybe it’s like a Pandora's Box that you keep opening and opening and have the ability to go deeper and deeper. 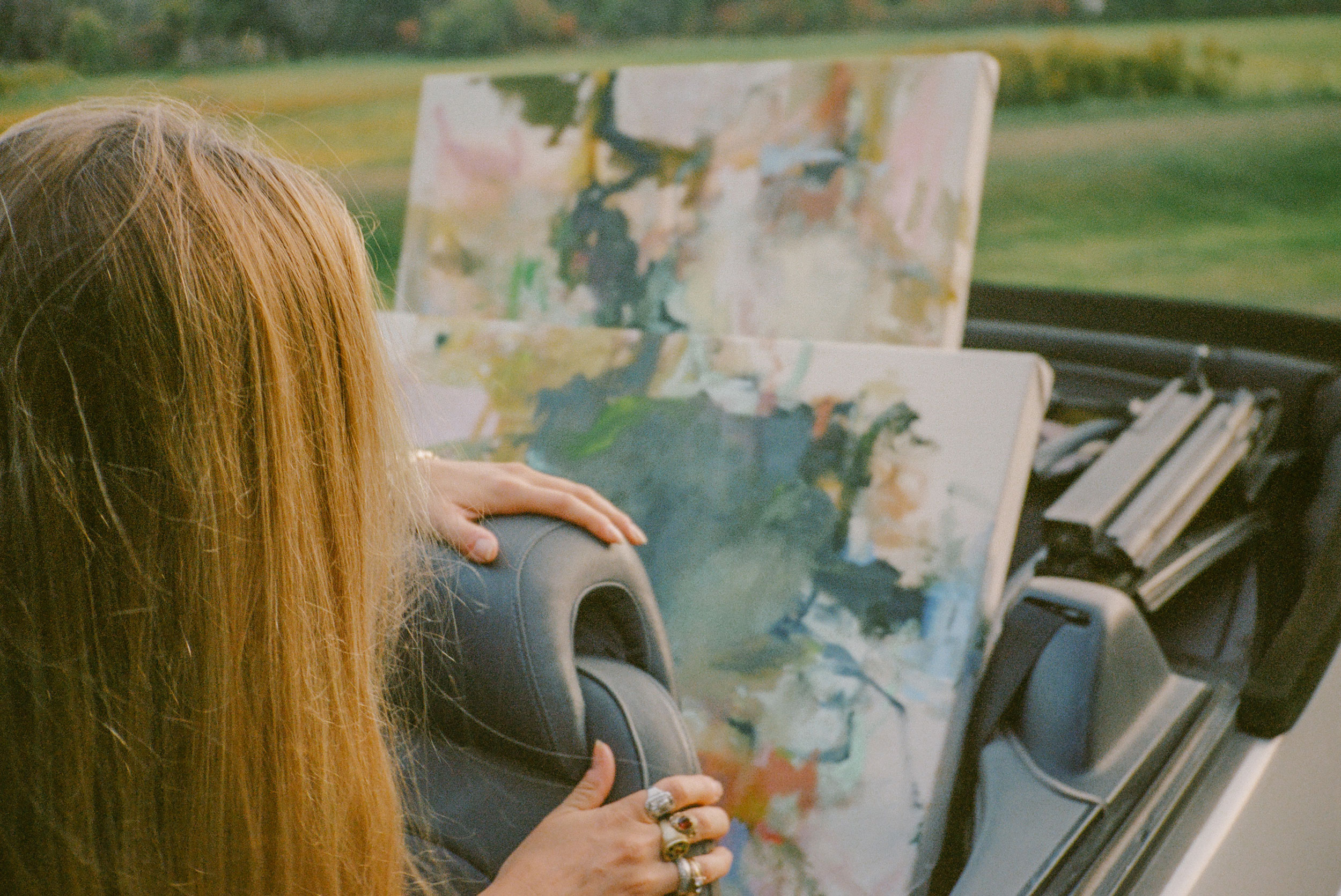 April: I know there is a common belief,  “give an idea way because so many more come.” And I agree to an extent — in no way do you have to be selfish with your ideas or energy — but I do believe that some ideas are sacred and deserve your own nurturing and attention.

Colleen: When an idea has time and money attached to it it becomes something different. There becomes is less room for it to unfold. I think it's really important that we have examples of others who have really strong codes and that we can figure that out for ourselves. To be able to both try on our own personal boundaries and then actually live by them. To say, ‘this is how I'm going to show up in the world, and I don't cross this line for myself.' 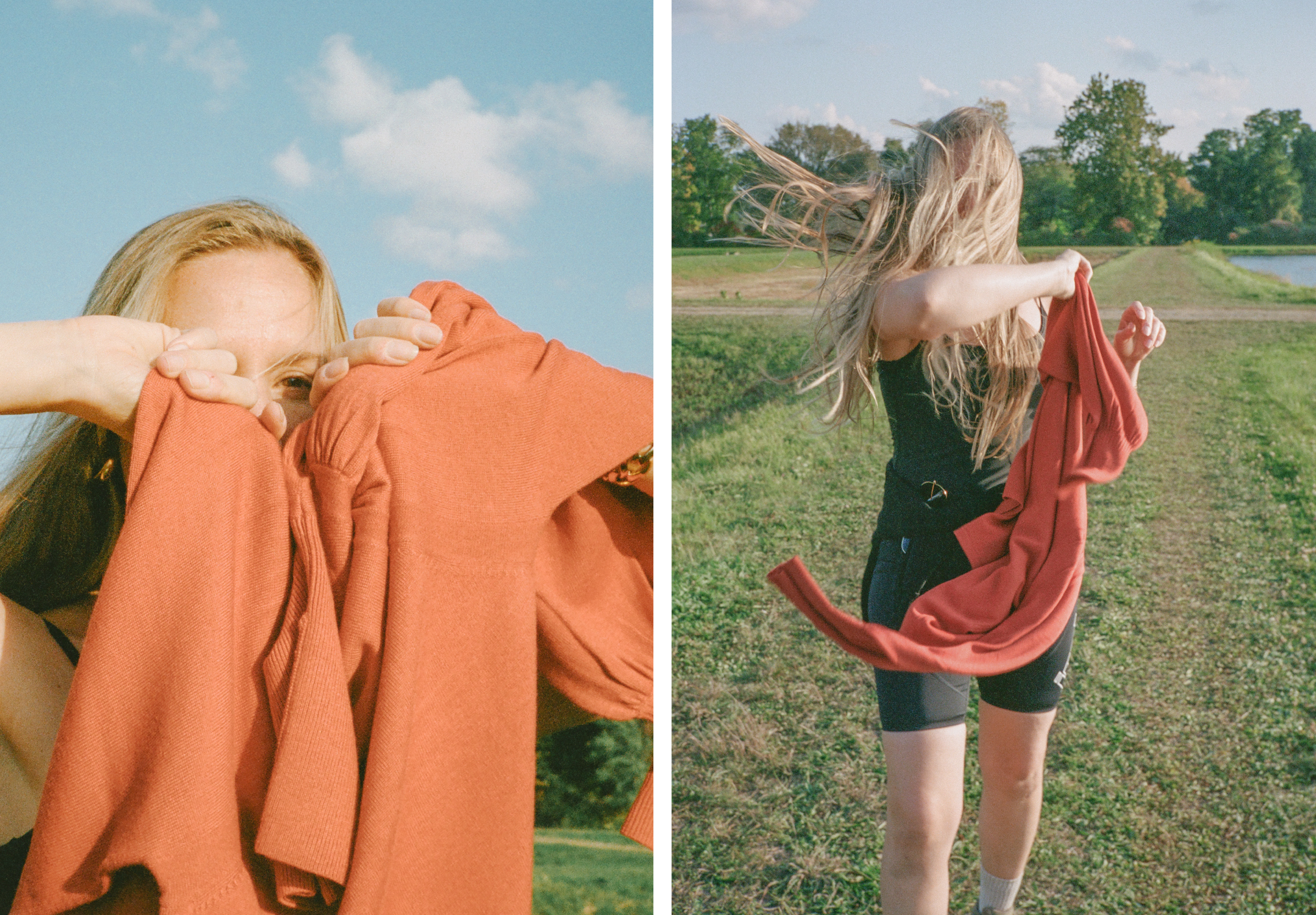 April: What is your relationship to self-confidence and self-doubt?
Colleen: For me, they are in constant flux, and one will never be 100%. I’m always in balance between times of confidence and doubt, and at certain times one feeling more prominent than the other.  When I’m starting a new body of work the doubt can just drown [me] out. Or — perhaps there was a good reaction or a good review or even that someone just said something nice about the work and [my] confidence soars. It's so tenuous.
The most interesting question is about how to toe the line without one getting too loud. Not let the confidence turn into big-headedness …or letting the self-doubt consume you to where you can't move, can't do, or can't make. 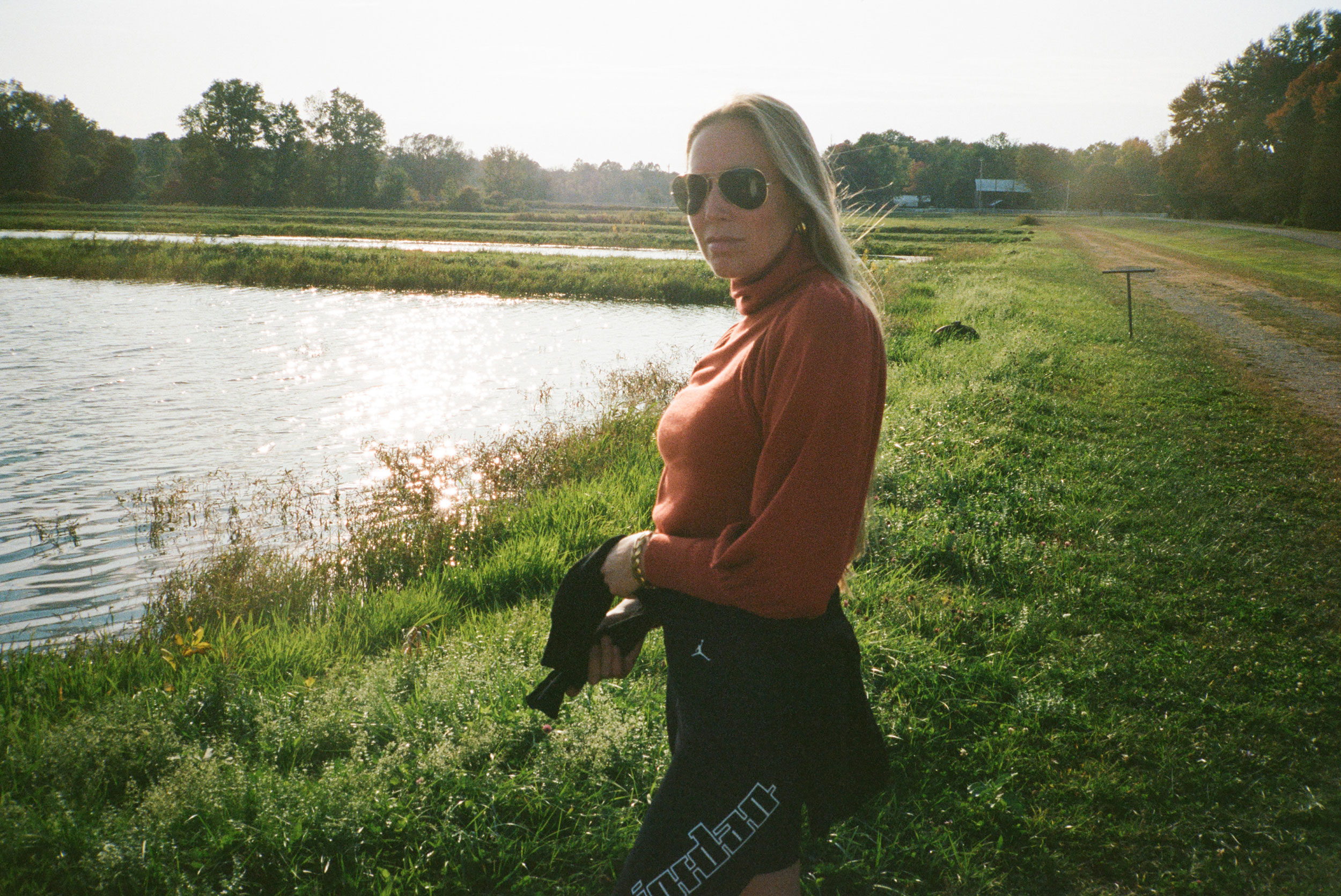 April: Your paintings derive so much energy from their color palettes. Can you tell me more about the role color plays in your process?
Colleen: Color is the most direct means of communicating. It precedes analysis. For example, if you're looking at a picture, you see green and then you might define that as a shape or a person or a dimension. But I think the mood and first perception come through color.
As a city dweller, especially in New York, you're constantly seeing color on the street, outside the window, everywhere. I feel like I store these moments like Polaroids in my mind. Always thinking, how are these colors interacting and speaking to each other? A palette always comes alive for me in the studio…the interplay between lights and darks, and saturated pigments, and chalky colors. So it's not a direct or prescriptive narrative; it’s more of a personal experience. 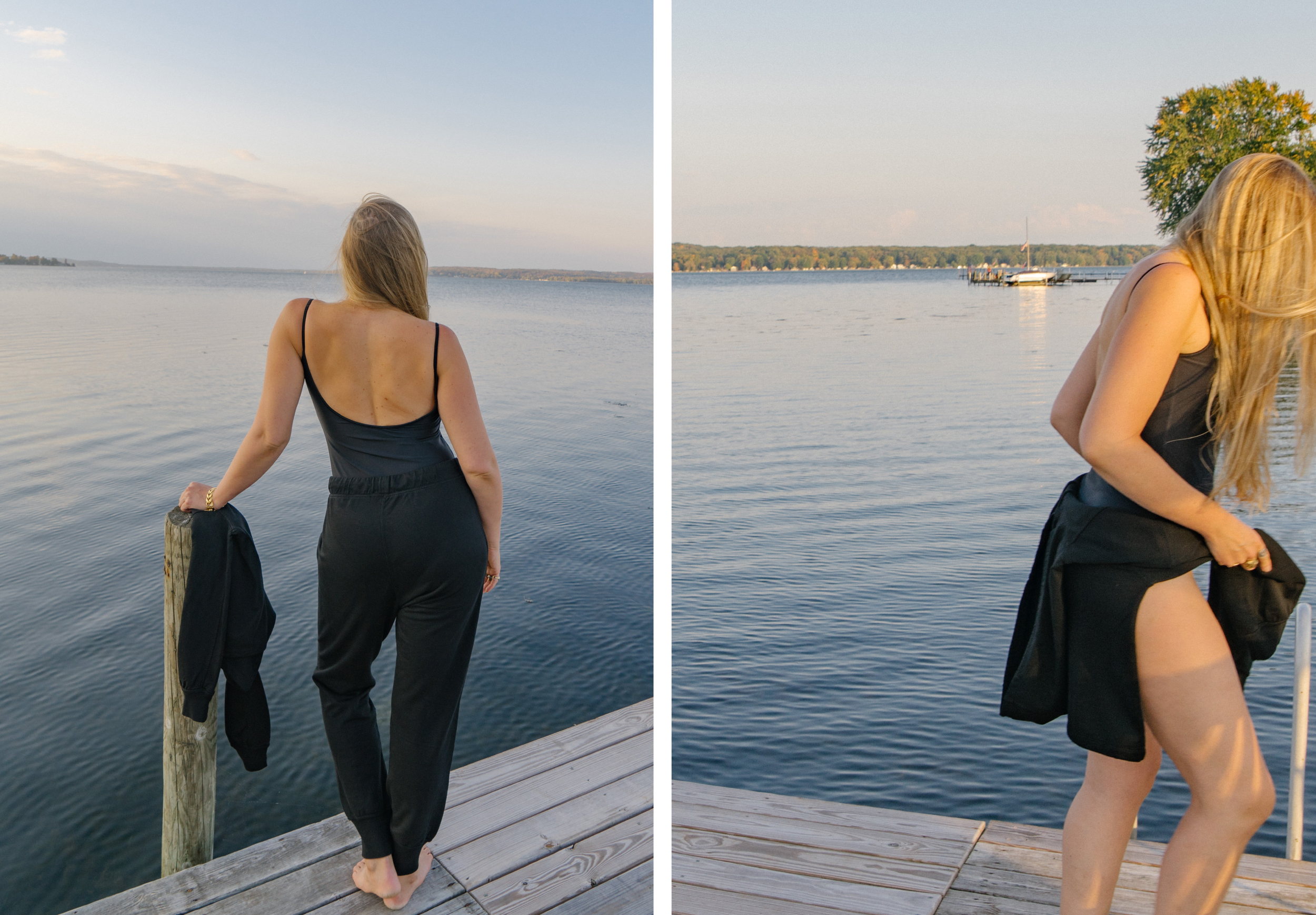 April: In any kind of art I think people have a way they are seeing themselves and looking to feel connected to it on a personal level. Do you work from a feeling you’re trying to get out?
Colleen: I think I try to work from a place of honest expression — whether it’s in conversation, or what I'm making, or even just how I'm speaking to myself.
Being “honest" in the actual practice of painting sounds like this big lofty idea, but it makes sense when you're hurling the brush and putting the color down. For me the act of making art is a feeling of freedom. There is so much about the physical act of being in your body and coming from a place of flexibility and malleability…I can be so physical and use color to express something that doesn't need words. It doesn't need to be sold as an idea or be agreed upon by everyone at the table.
If I’m connected, it just it feels right. And maybe because of that, it could connect to someone else. And not that that's the end-all, be-all, but it is what keeps the momentum going. 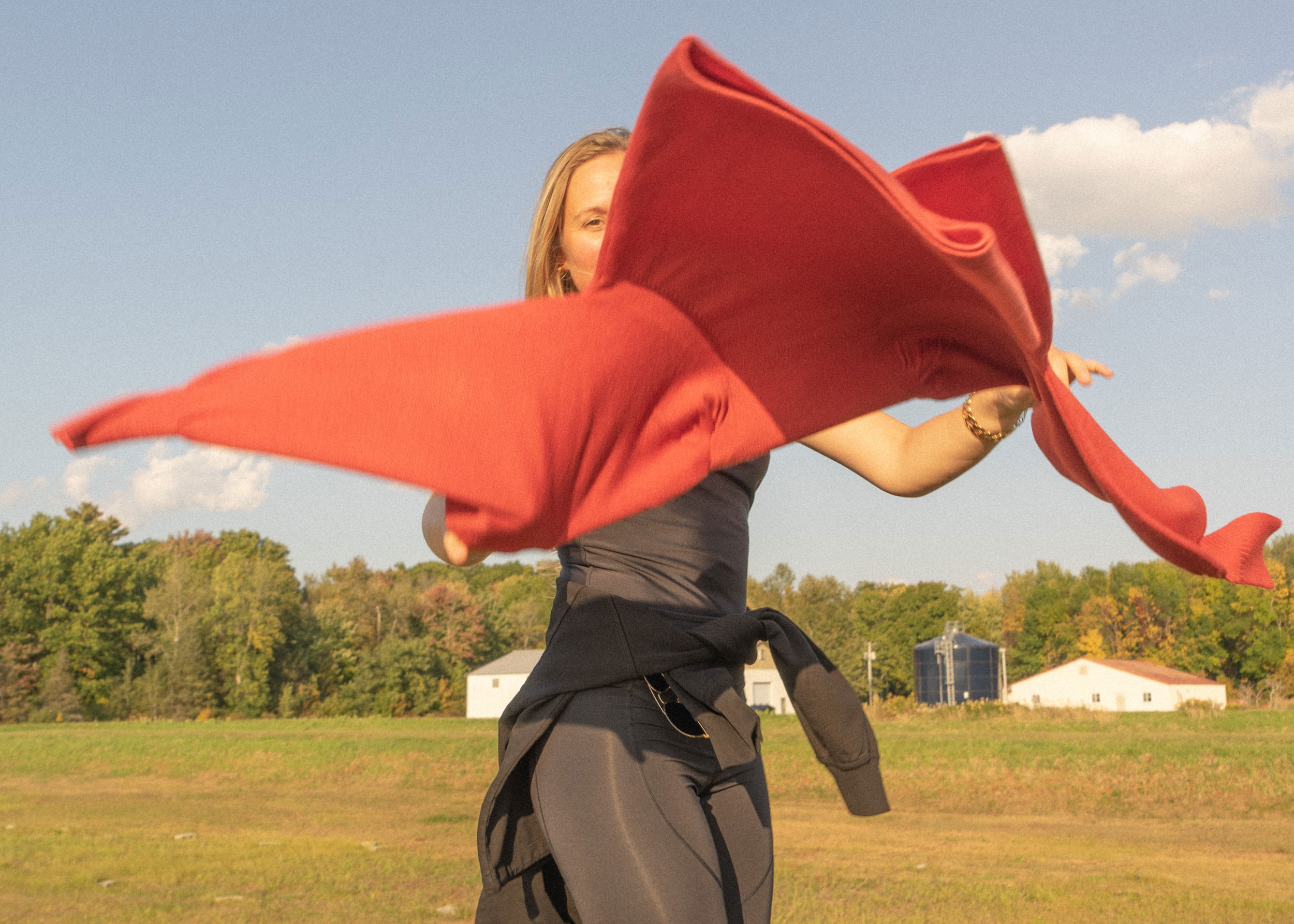 April: How do you consider the idea or word “femininity”? I used to resist so much when people would tell me my work was feminine, thinking, ”Oh, that means I'm too girly” or that I’m not strong.
Colleen: Completely. Your mind goes to — Oh god, what are they implying? “Dial it down, honey.” I went to an all-girls Catholic school and then in college my major only had women in it. After that, I worked as a textile artist with primarily women. I think women do a really good job of lifting each other up and celebrating breakthroughs and pushing each other to do more. And in a way, perhaps it's because we can really see each other.
A through line for me is women’s sensuality, that gut intuition where so much can happen without needing to be spoken out loud in order to be understood — the women around me have always pulled that out of me. Whether that's my sister, or a best friend, or a boss, I have learned a lot from them holding up a mirror in a different way.