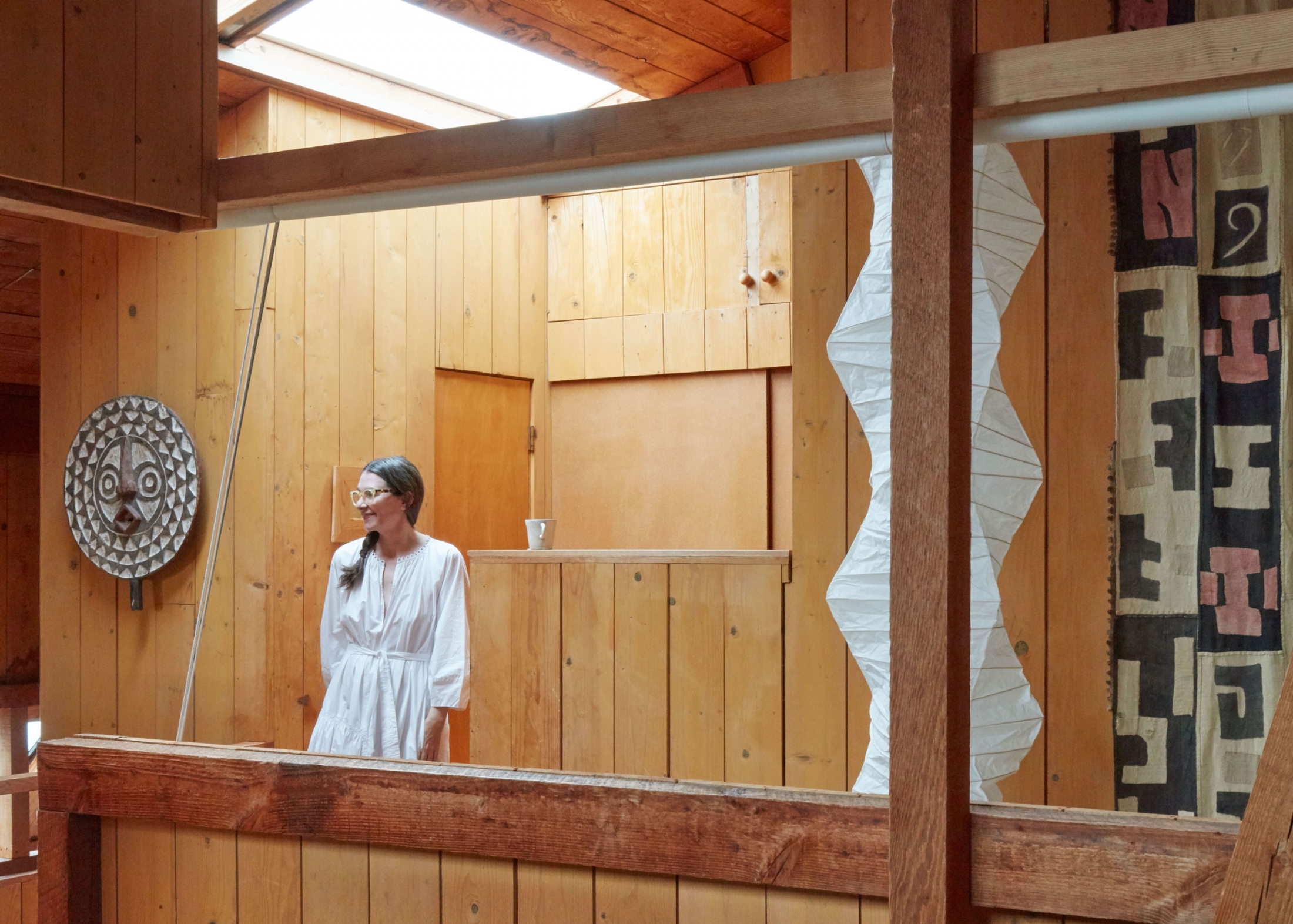 The photography of Leslie Williamson — and the care-filled, sincere, narrative approach she takes to incept each of her ongoing shoots — has long been inspiring to all of us at Apiece Apart. This spring, she released a new book, “Interior Portraits: A California Design Pilgrimage. At Home With Cultural Pioneers and Creative Mavericks,” in which, as she explains, she set out to capture a further study in her ongoing work exploring "home as a portrait of self.” The home as window to the soul is at the heart of all of Leslie’s work — and this installment is the most personal one yet. Following the release, we asked Leslie to flip the lens on herself for a similar exercise while on an extended stay in Sea Ranch, California. The resulting series of self-portraits was inspired by the work of her favorite painter, Vilhelm Hammershoi, an artist known for both his poetic depictions of interiors and subdued portraits. Below, Leslie’s work alongside an excerpt from the introduction of her book, and musings on California, identity, and discovering the right stories to tell.
All images courtesy of Leslie Williamson 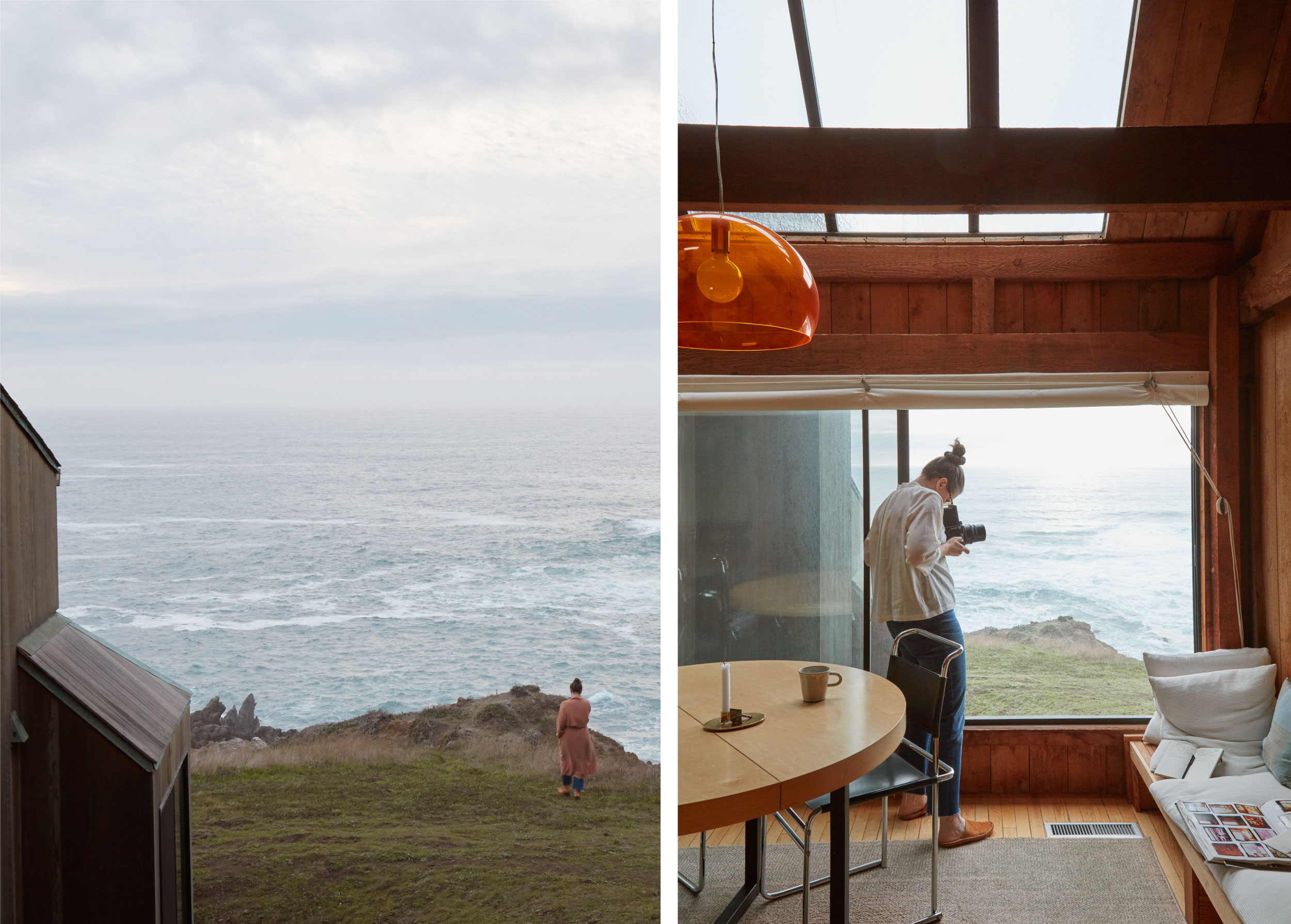 I am a homebody. There is nothing I like to do more than walk through my front door at the end of a long day and close it behind me. At home, I am embraced by a little world of my own creation, surrounded by the things that I love, need, want, and find beautiful. That is what our homes are, after all—our own personal worlds that we have made for ourselves.
Over the past decade, I have traveled around the world photographing the homes of other people (it is such a privilege to do what I love that I pinch myself regularly at my good fortune). Some may see my work as “interiors photography” but I have always seen it as a form of portraiture. Don’t get me wrong, I love a good interior, but for my books, I have deliberately sought out a very select group of people whose homes are, in essence, the embodiment of who they are and what they do: it’s home as a portrait of self. And as a group, the people in my books became my path to understanding a larger idea that I wanted to explore. For a long time, I did not readily discuss the depth of what I see in other people’s homes, nor my unorthodox way of delving into ideas. It felt very hard to explain in words since so much of it is wholly intuitive. Yet after the successes of my first two books, which explored modernism through the homes of its creators, I felt more confident—emboldened even— that my approach was more universal than I had ever dared imagine. So I pondered what subject would be next and made list after list of possibilities. And of the many ideas I had, I am still surprised that the subject that called me the loudest was right outside my door. 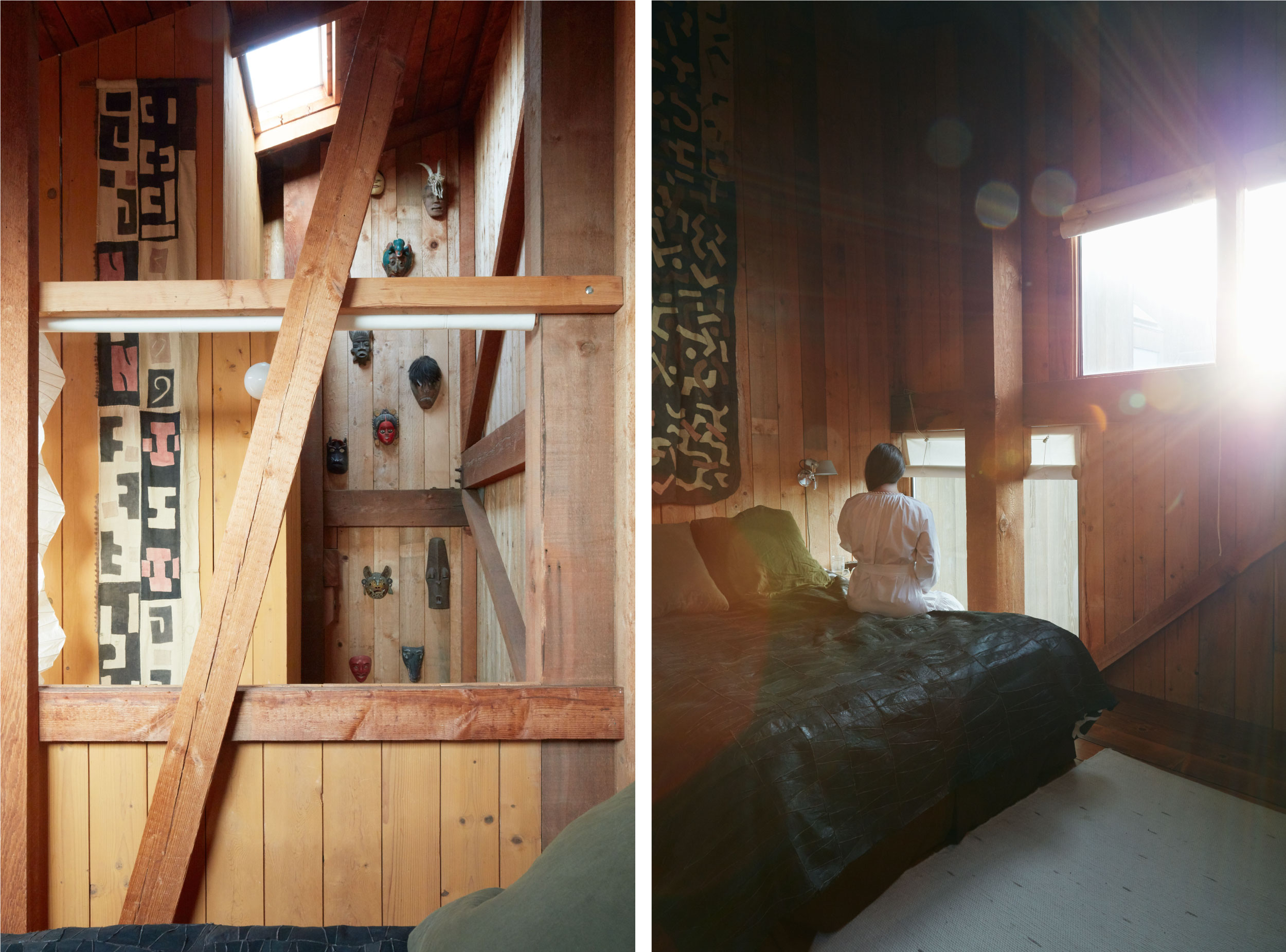 The words “home” and “California” have always been synonymous for me. You see, I am a native Californian and for much of my life I have not considered this to be a remarkable piece of information—just a basic fact, like saying my eyes are blue and my hair is brown. But over the past decade, as I’ve traveled more extensively, I’ve come to realize this is one of the most important pieces of information about me. It informs everything I do. And through travel, I have realized other things as well. One is that saying I am Californian is shorthand to easily connect with anyone. Why? Because almost everyone has a very strong and positive idea about what “California” is. I’m not just talking about California the place; I’m talking about the dream. Utter the word “California” to people and their faces light up as they drift off to a dreamland that generally involves beaches and perpetual sunshine. And yet, as I watched this phenomenon take place time and again, I began to feel a bit exasperated. I wanted to stop their “California Dreaming” so I could share with them how this place is more than sun, surf, and happy people frolicking on the beach. Yes, all that is a part of it, but California is more than that. California is deeper.
Growing up in the Santa Clara Valley (now more commonly known as Silicon Valley), I always felt very much outside of the “California Dream.” Yes, I lived in California but I fit absolutely no stereotype of the California girl. In fact, I was quite an oddball. But I thrived in California because of that fact. I didn’t realize it until much later, but California loves the stubborn individualist. Its history is built around them and its nurturing energy draws them in. From the Gold Rush to the movie industry, Silicon Valley to biotech, this state has been a siren call to dreamers with the will to work hard and the drive to stick with it longer than anyone normally would. 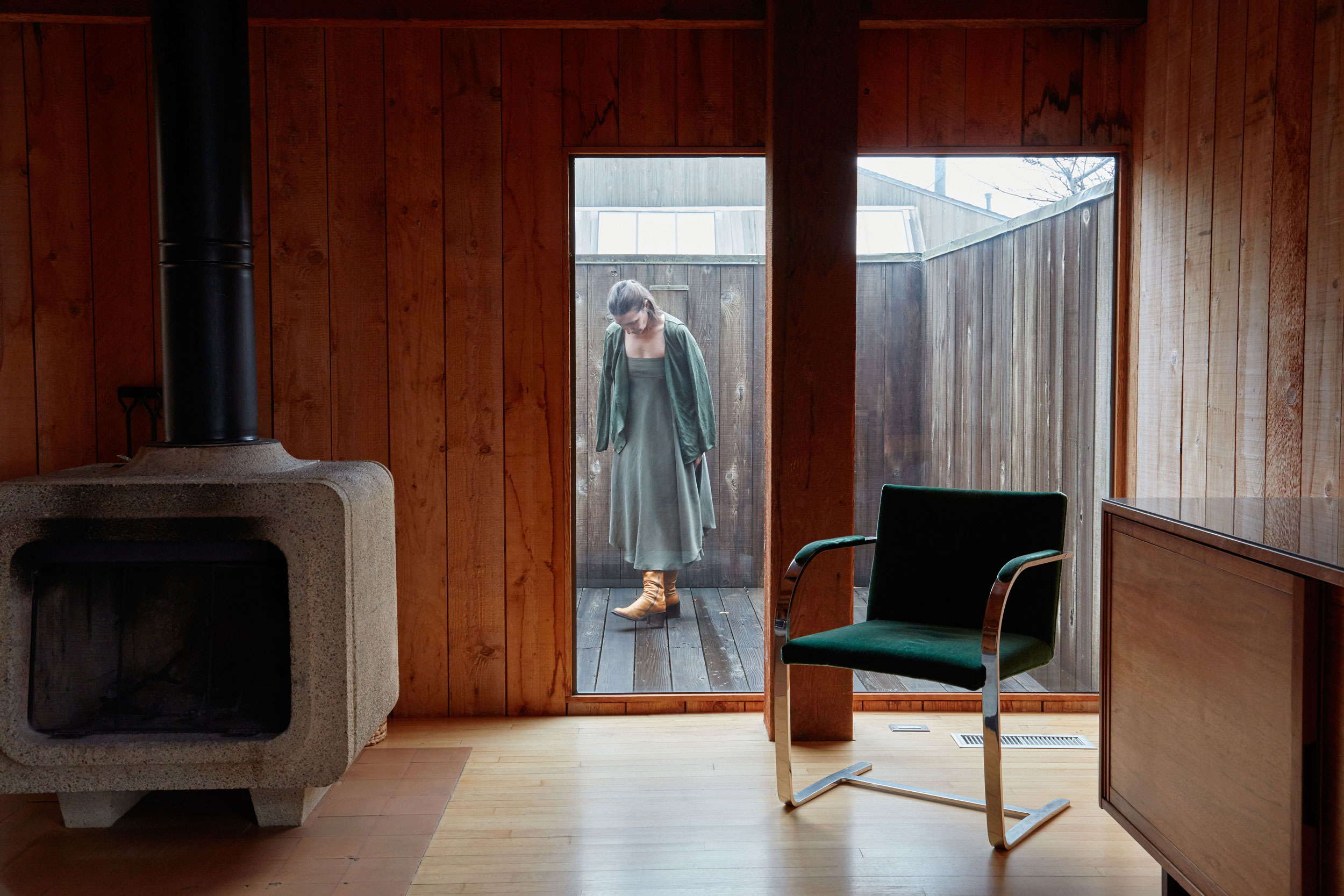 I have quietly observed throughout my life how so many inventions, ideas, and social movements that began in California eventually reach out to a wider public and, much of the time, have changed the world. Just think of Levi Strauss making that first pair of blue jeans for those intrepid dreamers searching for gold during the Gold Rush in the mid-1800s. Or D. W. Griffith and Cecil B. DeMille, who decided to travel to a sunny village called Hollywood to experiment with the then-new invention of motion pictures in the early 1910s…. I could go on and on because the list is endless, yet for all these innovations, they all began with people just like you and me. California might be the place where change happens, but the agents of this change are its people. Theirs was the story I wanted to share.